Miley Cyrus has mentioned more than once lately that she’s no longer smoking copious amounts of marijuana, but she hasn’t really talked about why. Until now, that is. She made an appearance on The Tonight Show with Jimmy Fallon last night and got REAL about why she’s decided to kick her habit, at least for now.

First, she hilariously reveals that she has typically been high as a kite during her appearances on his show:

“I’ve always been very stoned on your shows. I don’t know if you know this, everybody.”

Fallon jokes, “That makes two of us.” Lolol.

“‘Member the last time I was here? I was dressed as a bunny rabbit and then like a cat. There’s a reason for that: I was high.” 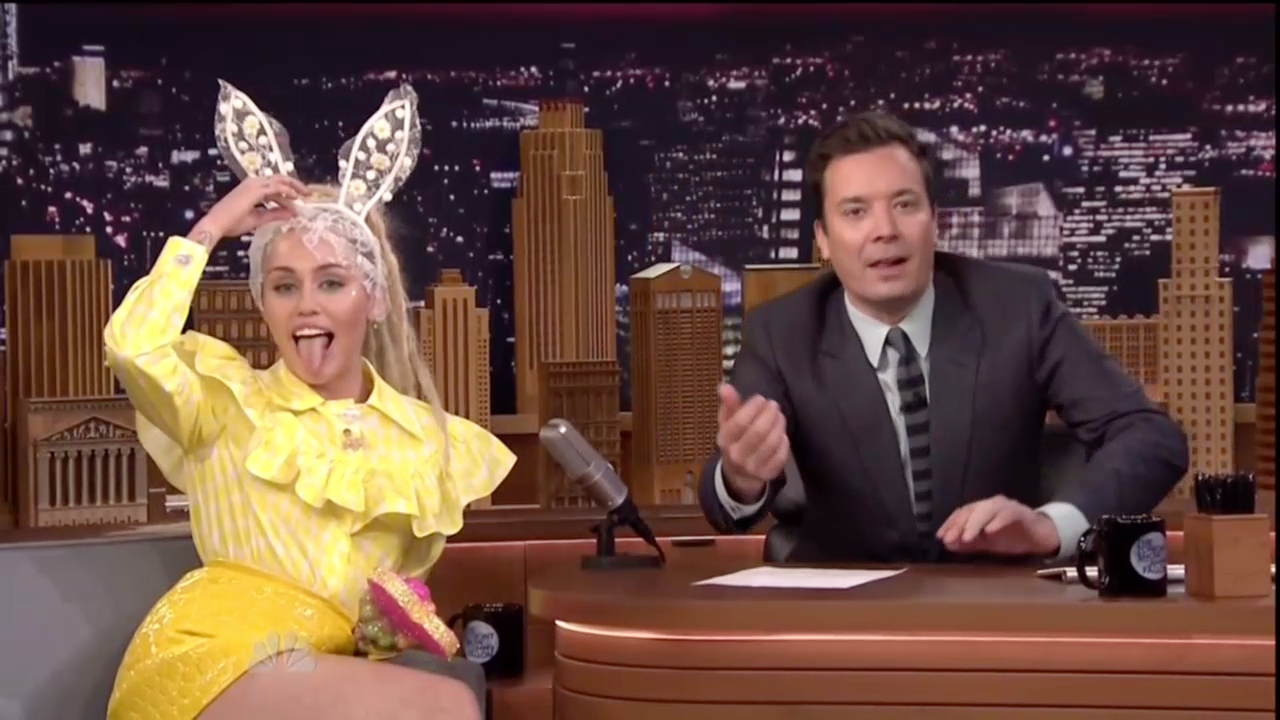 "I stopped smoking because to sit here and talk about what I'm doing I wanted to be really clear because I'm actually the most passionate about what I’m doing with this record than I’ve been — I say this every time — but I loved making this record so, so much. And this record at this moment is the most important album that I’ve ever made.

We’re happy that you’re feeling less cloudy mentally, Miley! You seem so, so stoked on life these days.

She also talks about how she was having anxiety dreams about being high on TV, specifically on Saturday Night Live. “I had a dream that I would die during my monologue on SNL for some reason,” Miley reveals, “that I would just get so stoned that I would just like die, which I googled, and that’s never happened.” Geez Louise. Scary.

And now? She’s feeling more active and level-headed. Apparently, she didn’t get too much done when she was super stoned.

“It’s like, no one’s ever died from weed, but no one ever smoked as much as I did,” she jokes. “I really just wanted to sit at home and eat, basically…and play with my dogs and my cat and the pig. I was spending way too much time with the pig and not enough time actually doing really anything.”

You can check out the whole humorous, but honest interview here:

We’re glad you’re feeling good these days, Miley! Pleeeeease give us more from your new record, Miley! We’re loving it so far!