So it may not be something that we talk about often, but the truth is: fights happen. In fact, an argument every now and then is normal. Communication is key though, and the aftermath of a fight often determines how severe the fight *actually* was. While we love our BFFs to death, sometimes we fight with them, too — and thankfully, all is usually forgiven and forgotten minutes later. Well, apparently this is also true of supermodel BFFs because Bella Hadid had a fight with Kendall Jenner, and posted about it her Instagram story earlier this week in honor of Kendall’s b-day. We didn’t know that supermodel besties fought too, but it turns out they do because they’re just like us.

While us plebeians have fights in our apartments, or Target parking lots, or our childhood bedrooms, the case is not the same with the rich and famous. In the photo Bella posted, we see her and Kylie standing really close together on a balcony overlooking water and the sunset. Both women have their mouths open, and are making intense gestures, like they’re arguing about something really serious. Though we would ordinarily be worried that this was a really bad fight, Bella cleared up all our concerns.

"This is a real life picture that @sweetboydaniel took of kj and I yelling at each other but we made up 5 minutes later so it's all good." 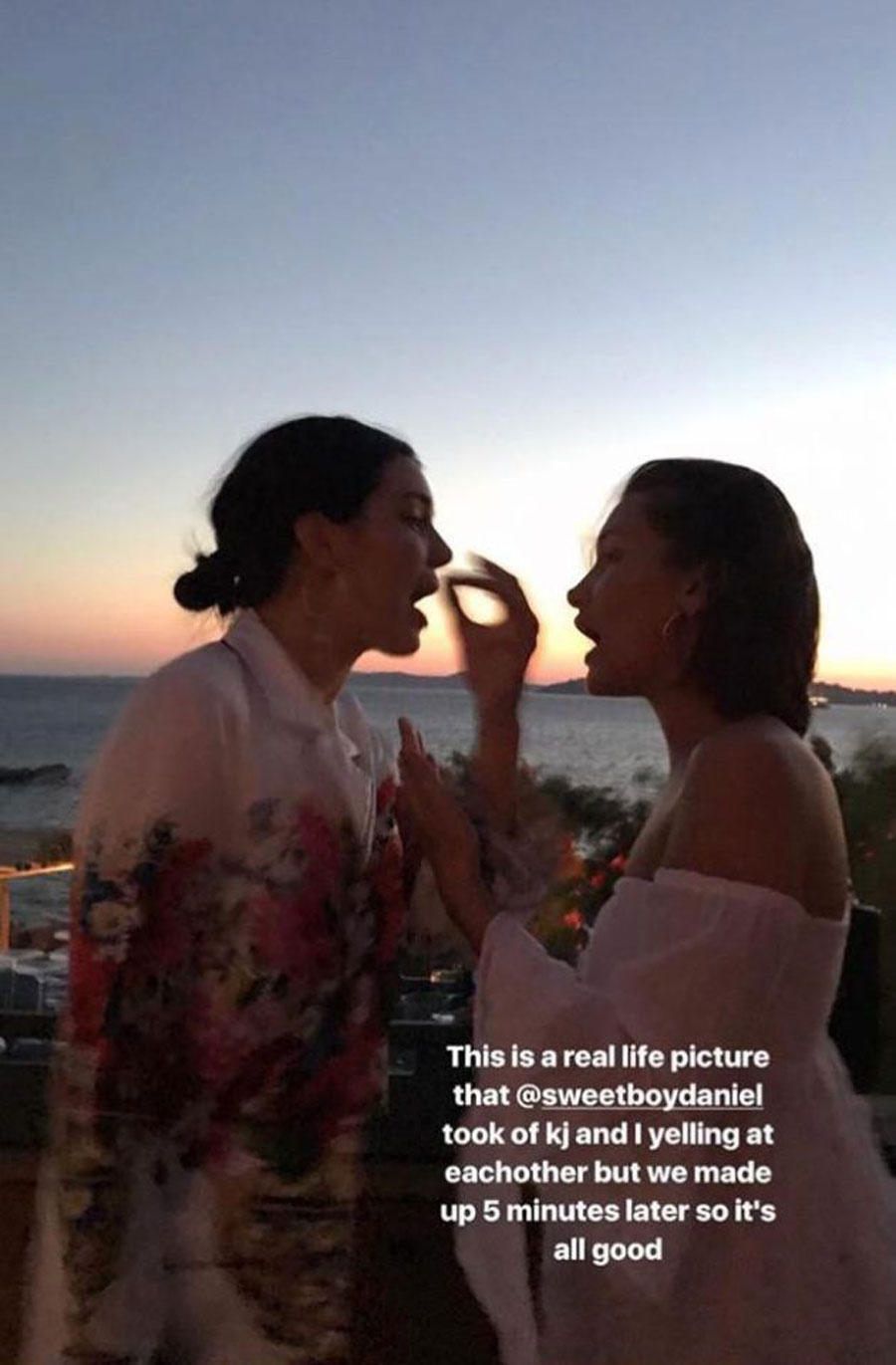 Our biggest worry would be that this fight impacted the duo’s friendship, but apparently, our woes have been soothed. Bella posted a sweet tribute to Kendall on Instagram, so we think the two are back to being #friendgoals again. Now if only we knew what this fight was about…

Okay, back to our regularly scheduled programming of models being fabulous.