Angelina Jolie is currently at the Telluride film festival, where the film she directed about Cambodia, First They Killed My Father, is screening. It’s no secret that Jolie’s divorce from Brad Pitt and news of her personal life has eclipsed her professional persona lately, but the actress/director says her “family situation” does come first.

When speaking to The Hollywood Reporter, Jolie revealed that she has no plans to direct in the immediate future because she’s been so needed at home.

"Right now I don’t have anything to direct that I feel passionate about like this, so I’ll do some acting. I’ve taken over a year off now, because of my family situation, to take care of my kids, Jolie revealed, "When I feel it’s time for me to go back to work, I’ll be able to go back to work. I’ve been needed at home. I hope [to work again] in the months to come. 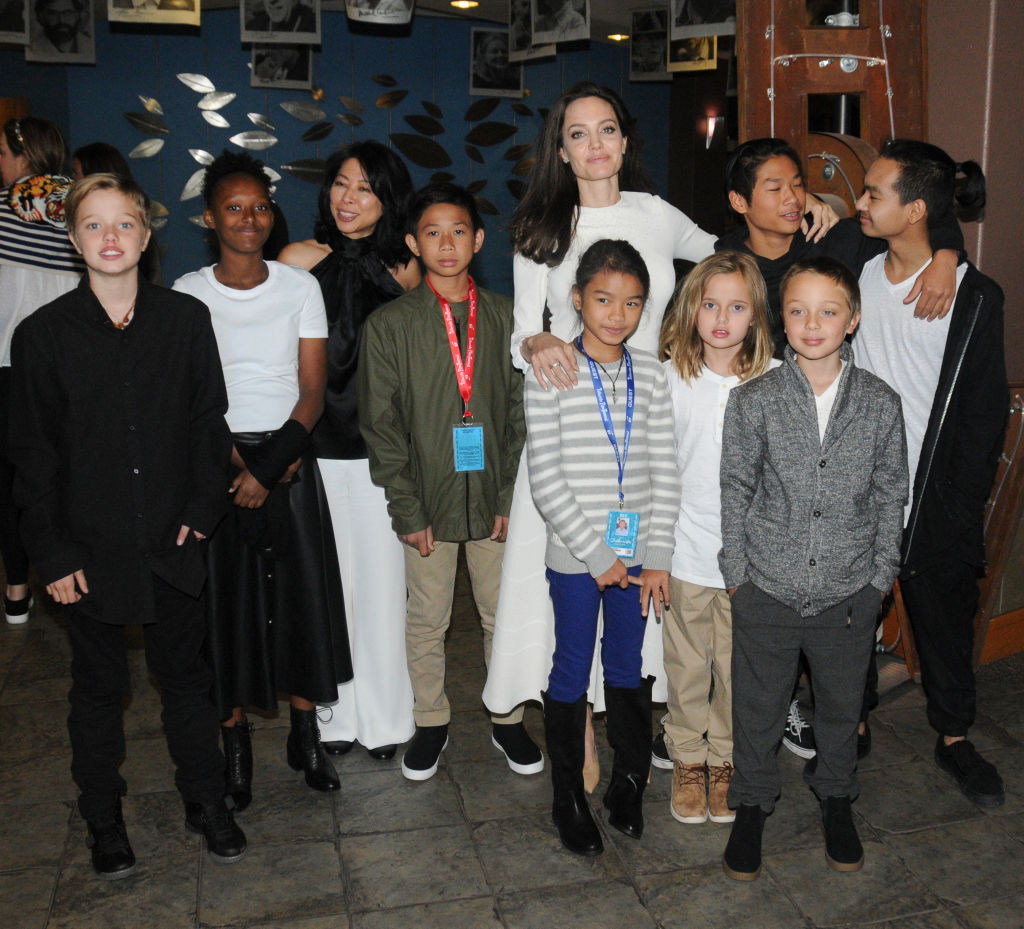 As for what those acting ambitions are once she does return to them, Jolie says the Maleficent sequel is most likely on the table.

“Maleficent, we’re working on, most likely. And I look forward to having some fun with that. Cleopatra, there is a script. There’s a lot of different things floating around. But I haven’t committed.”

She also suggested that one day she’d like to leave acting completely behind in favor of a directing career.

“At some point, I’ll probably just direct,” says the star. “If I’m allowed to. But you just don’t know if you can have a career as a director. You don’t know how things are going to be received.”

Jolie and Pitt filed for divorce last year after two years of marriage, and even longer as domestic partners and parents. We feel for Jolie and her honesty, who told the Telegraph that she’s struggling with the fallout of the divorce.

“Sometimes maybe it appears I am pulling it all together, but really I am just trying to get through my days. Emotionally it’s been a very difficult year,” she told the publication.

We are rooting for Jolie to pull through, not just because the world misses her talent, but because her voice as a humanitarian is needed now more than ever.