21 times celebrities were almost naked on the red carpet

The red carpet is no place for the fashion meek. There are ridiculously good looks that saunter down a step and repeat all the time, but very few celebrities actually traverse into the most daring red carpet gown category, aka almost naked. Which is what makes the outfits on our list so very special.

Boring, they are not. Forgettable, they could never be. These are the crème de la crème of daring red carpet ensembles, the ones we could only hope to wear in our wildest dreams, but that the women rocking them make look so dayum easy. Of course, Bad Girl RiRi tops the list. She basically wrote the book on daring fashion, and that’s one of the many reasons we revere her style. Kim Kardashian and Beyoncé are also in this elite sartorial category, with sultry nearly naked dresses of their own.

Now, a “daring dress” doesn’t always mean long gown either, as evidenced by Bjork’s 2001 Oscars ensemble. And Miley Cyrus’ addition to the list is more chandelier than dress, but we’ll take it. Clearly, there are quite a few daring red carpet looks worthy of our praise. Now free to ohh and ahh over the assortment of said dresses below. 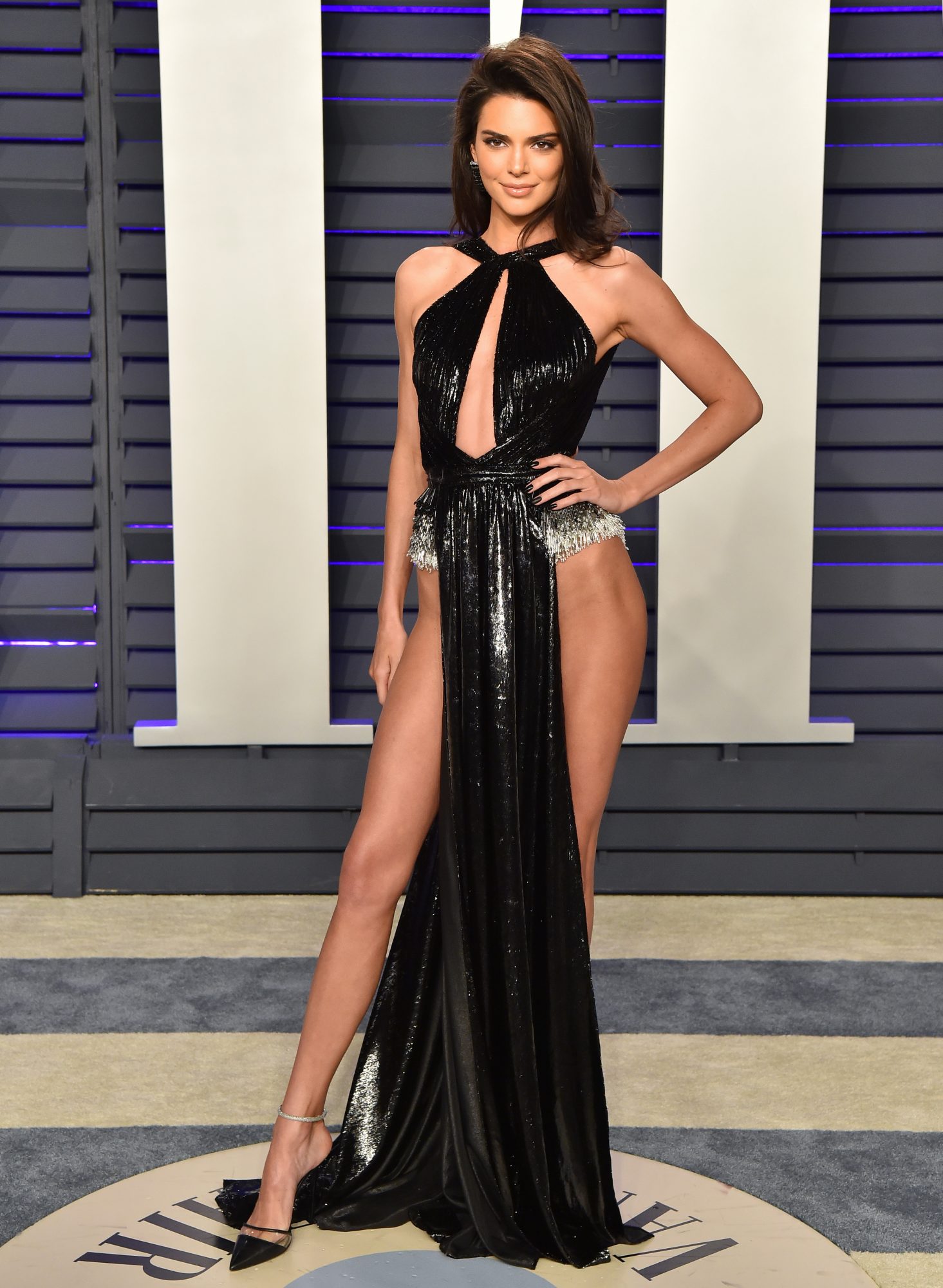 Kendall knows her way around the red carpet, and she left very little to the imagination in her Vanity Fair Oscar Party look. 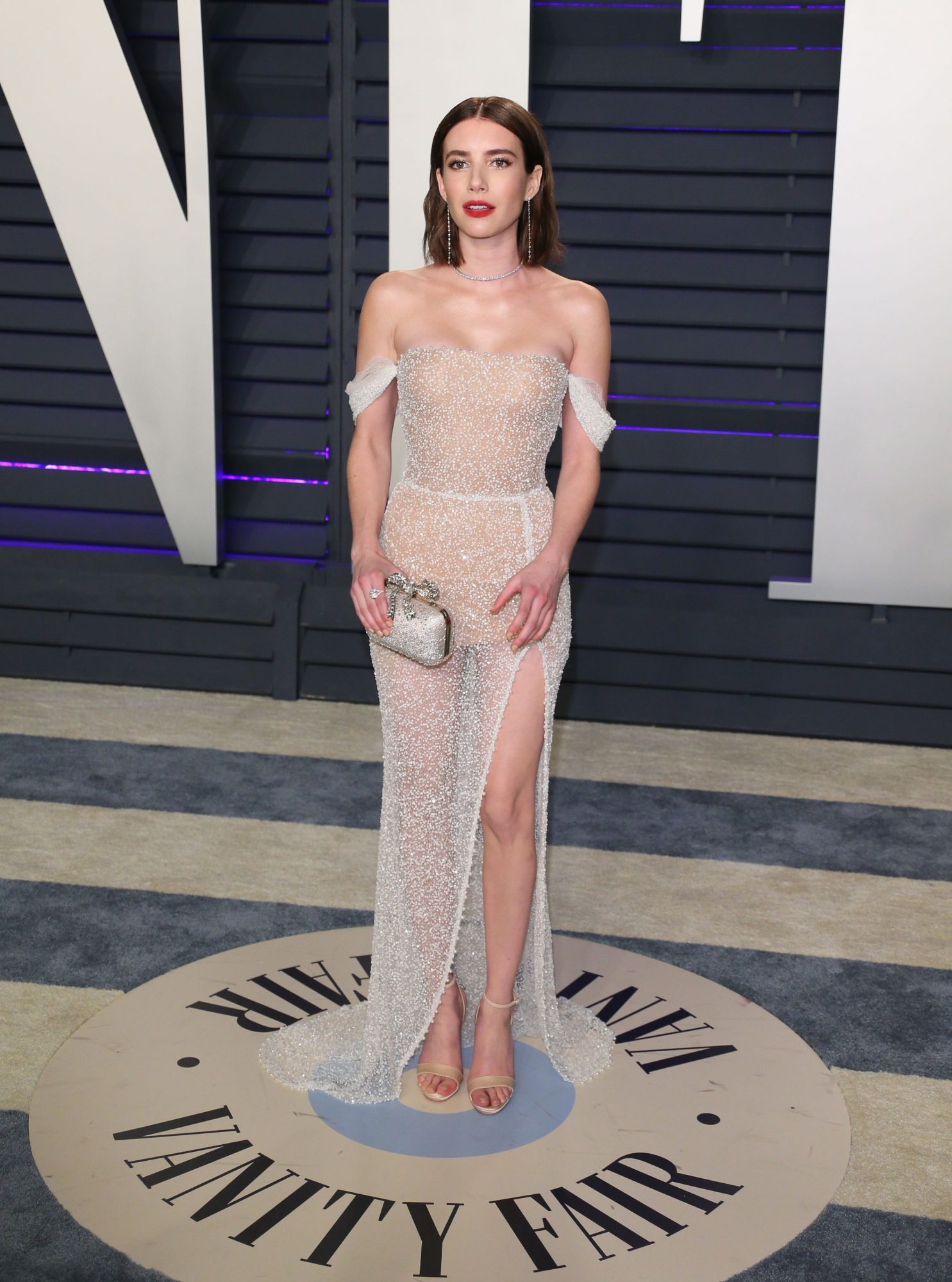 So delicate, so chic—we can always count on Emma to serve a sexy yet classy lewk. 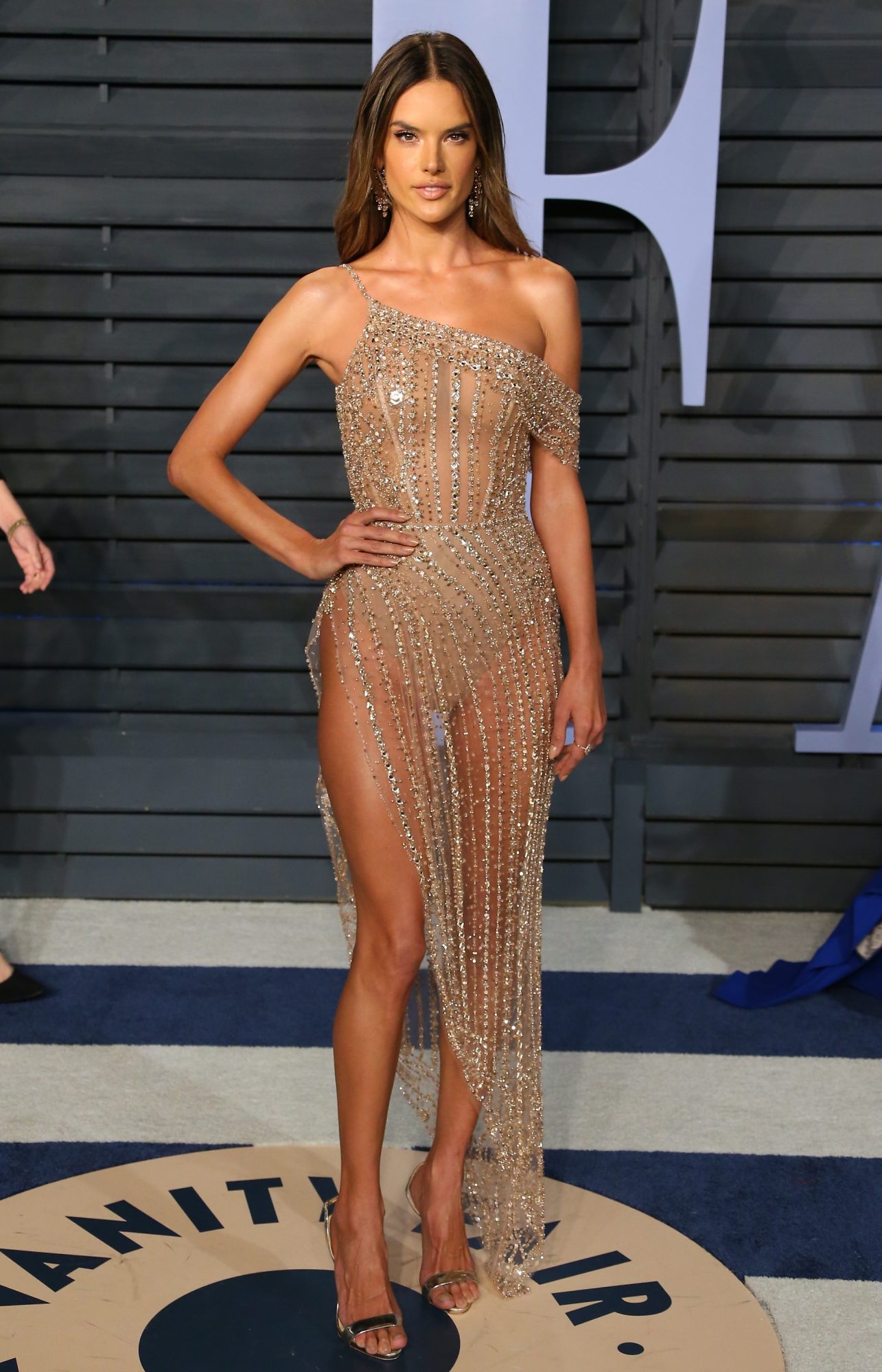 Golden goddess Alessandra is glowing in this gorgeous getup. 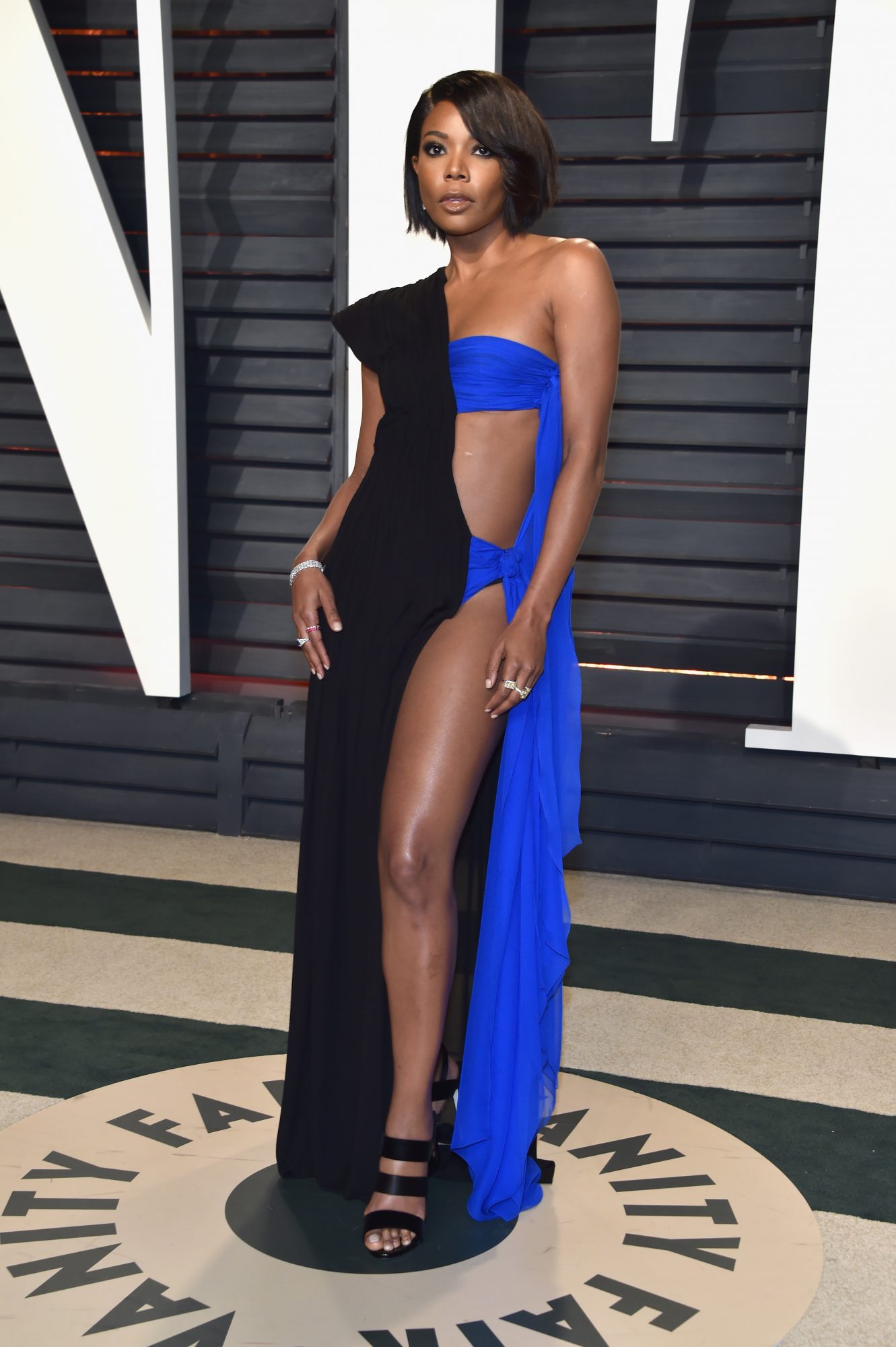 One leg in and one leg out of this sexy dress is giving us major heart eyes. 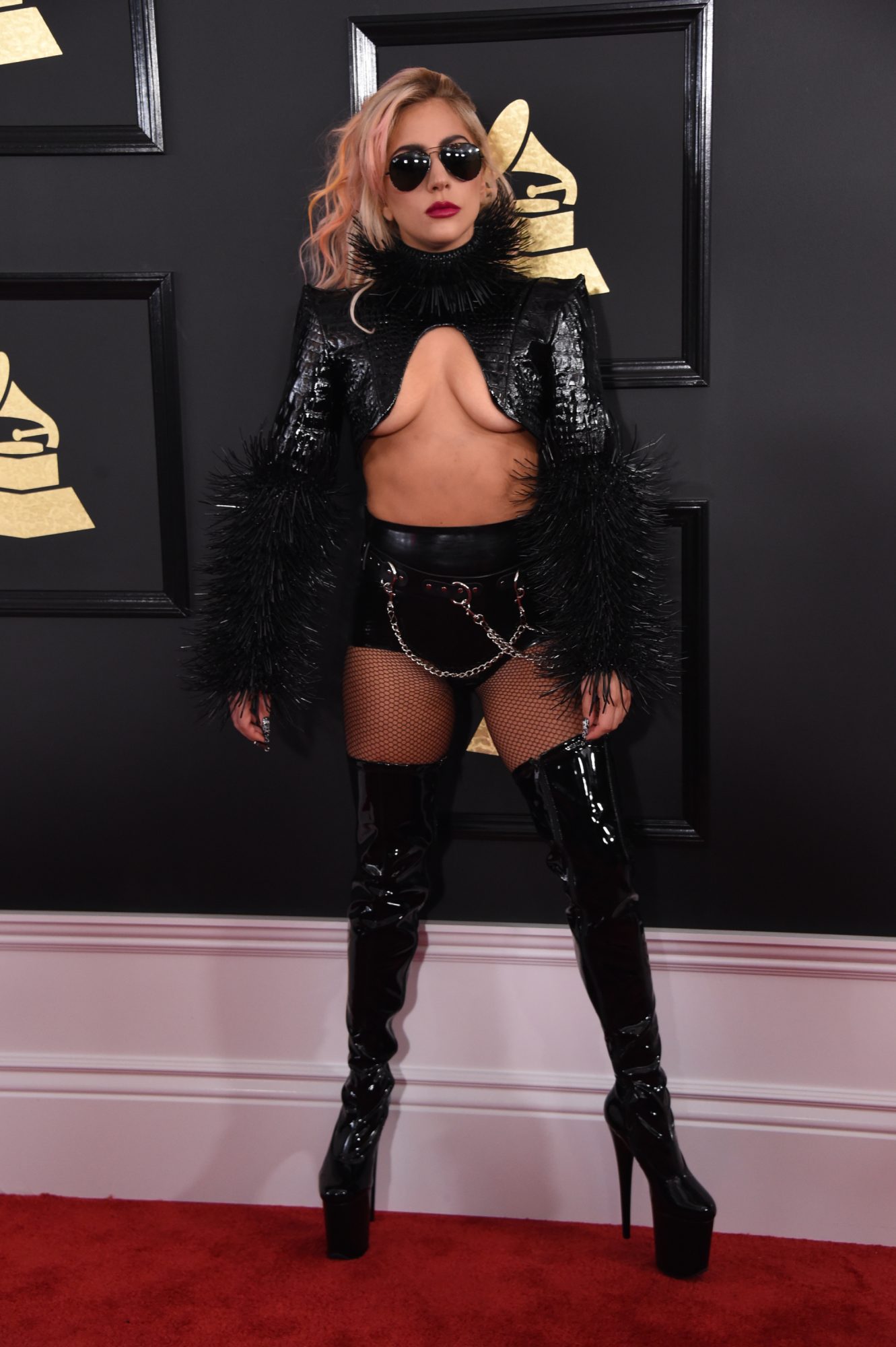 Obviously, Lady Gaga has never been one to shy away from a statement look, and her 2017 Grammy’s red carpet ensemble was definitely that. 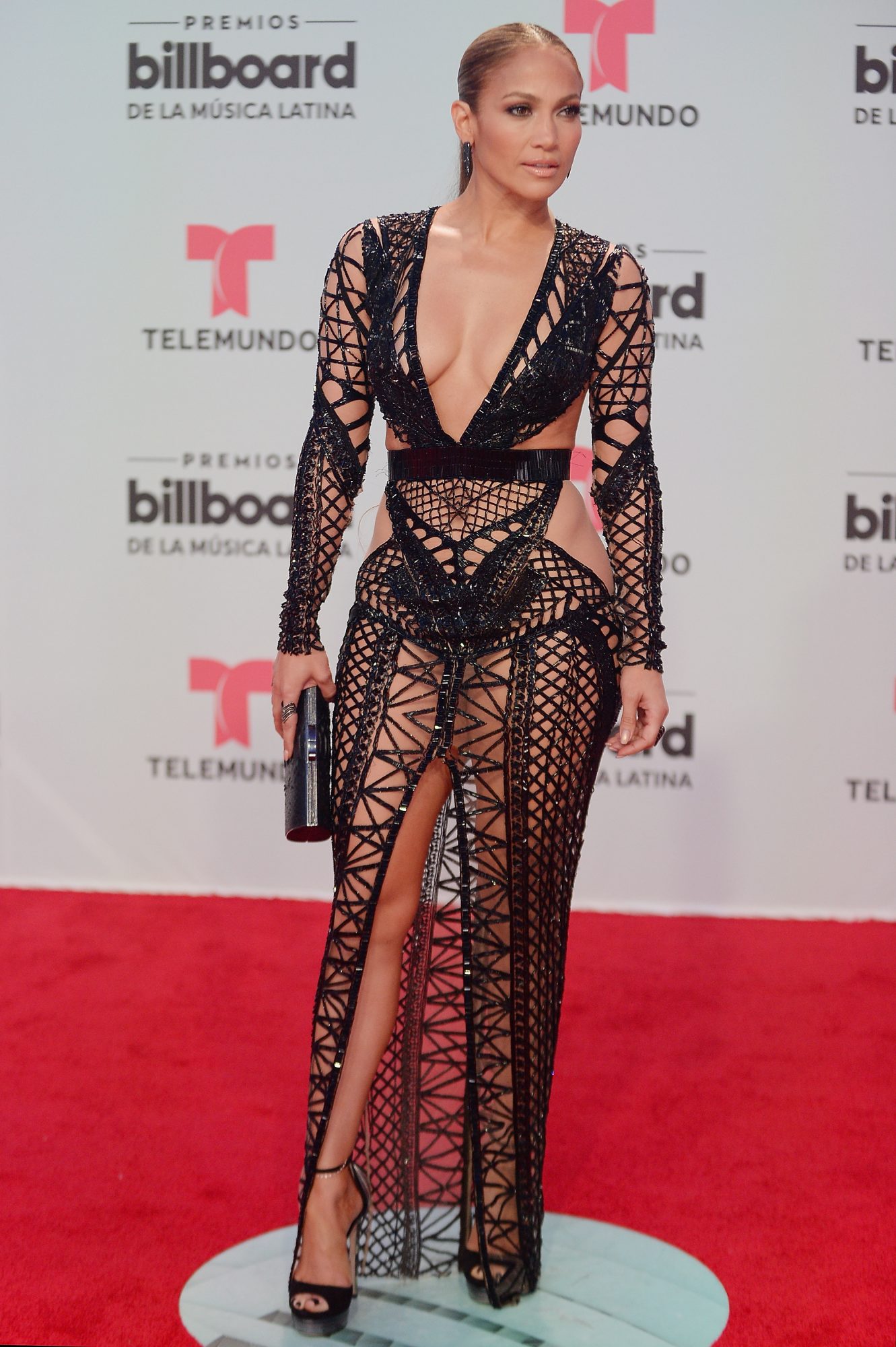 If you’ve got it, flaunt it, right? J.Lo definitely lives by this phrase when it comes to her red carpet looks, and we’re all about it. 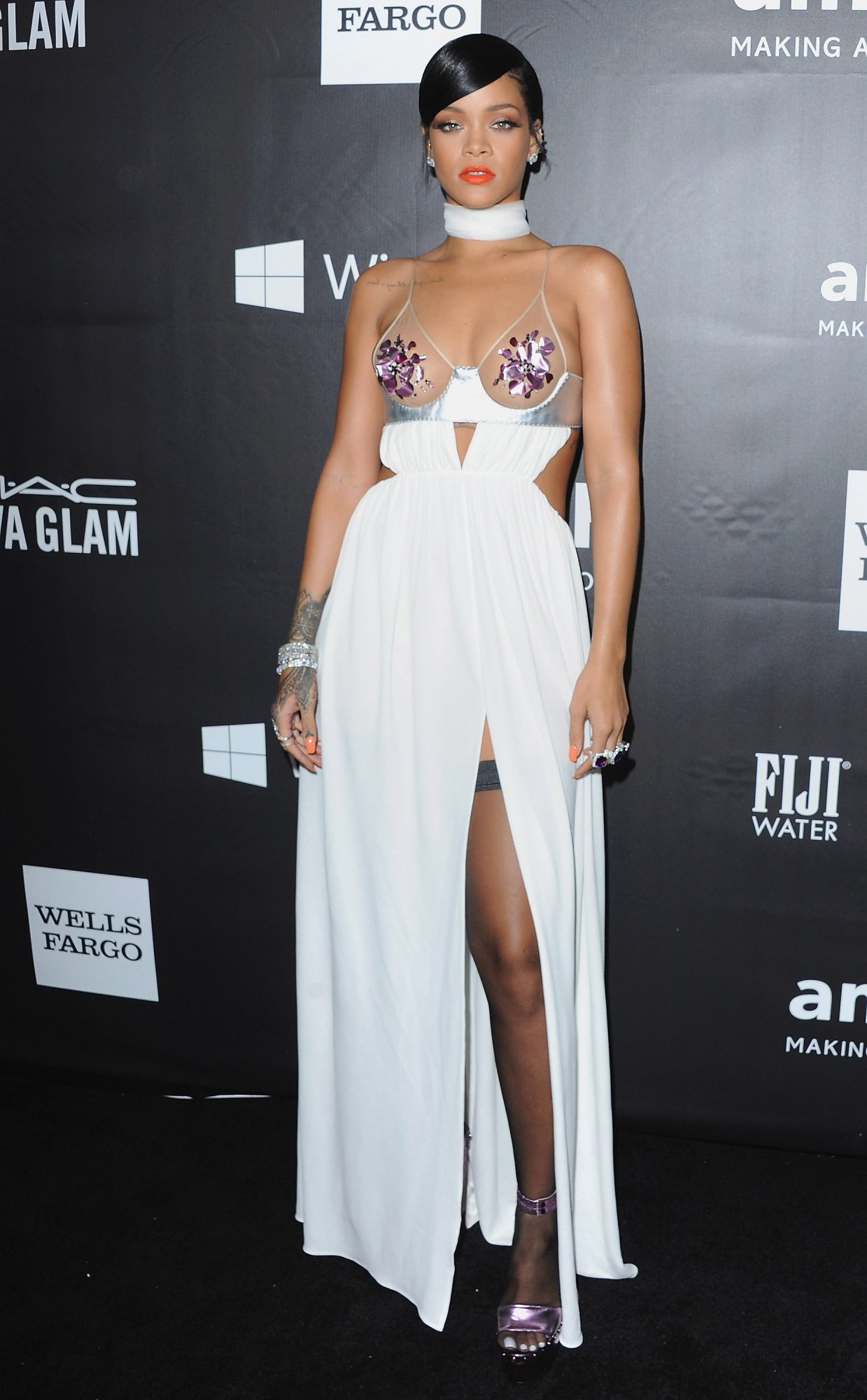 Bad Girl RiRi is the reigning queen of daring fashion, and this Tom Ford bra-gown shows why. 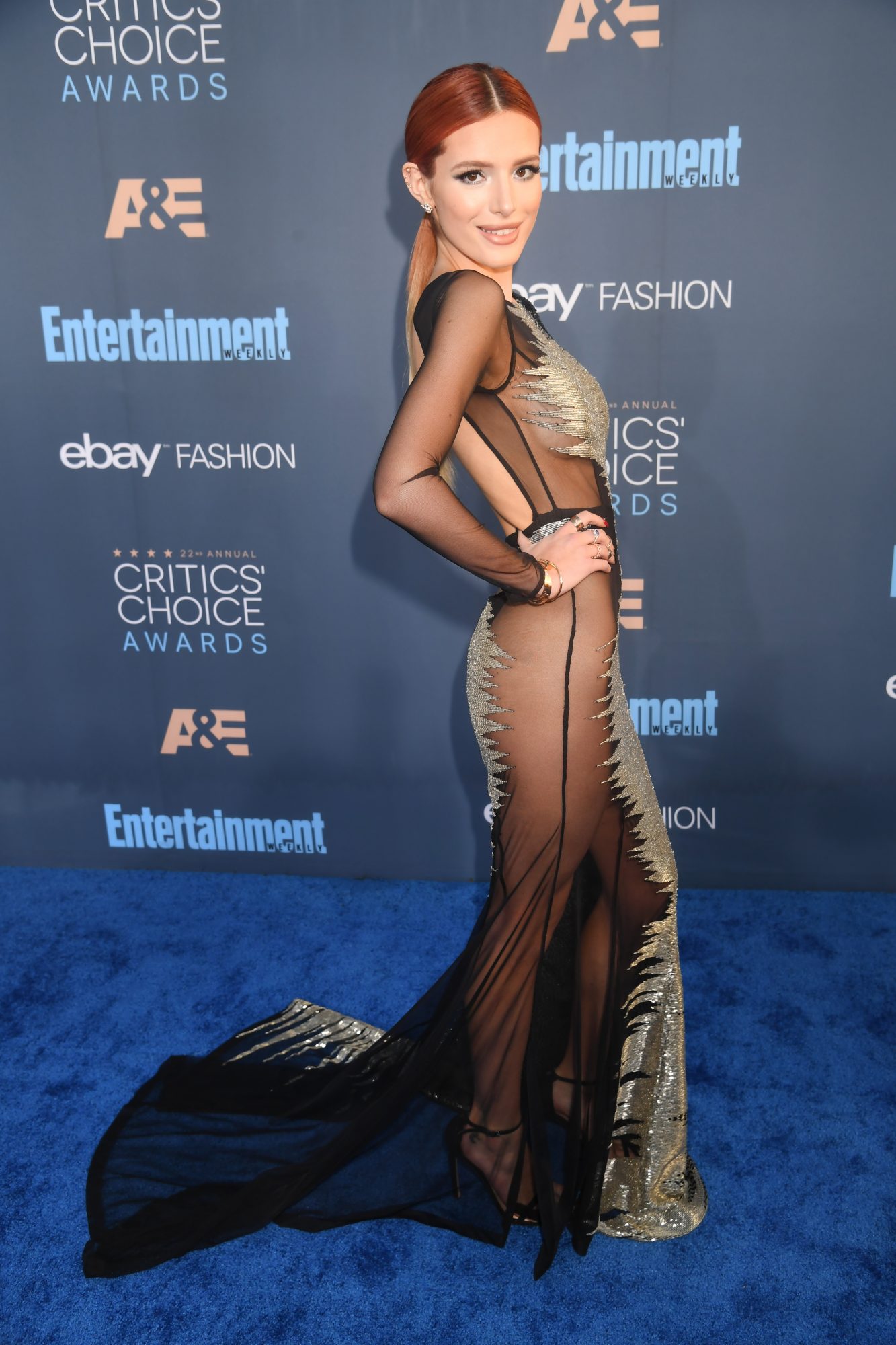 Bella bared it all in this stunning, curve-hugging gown. 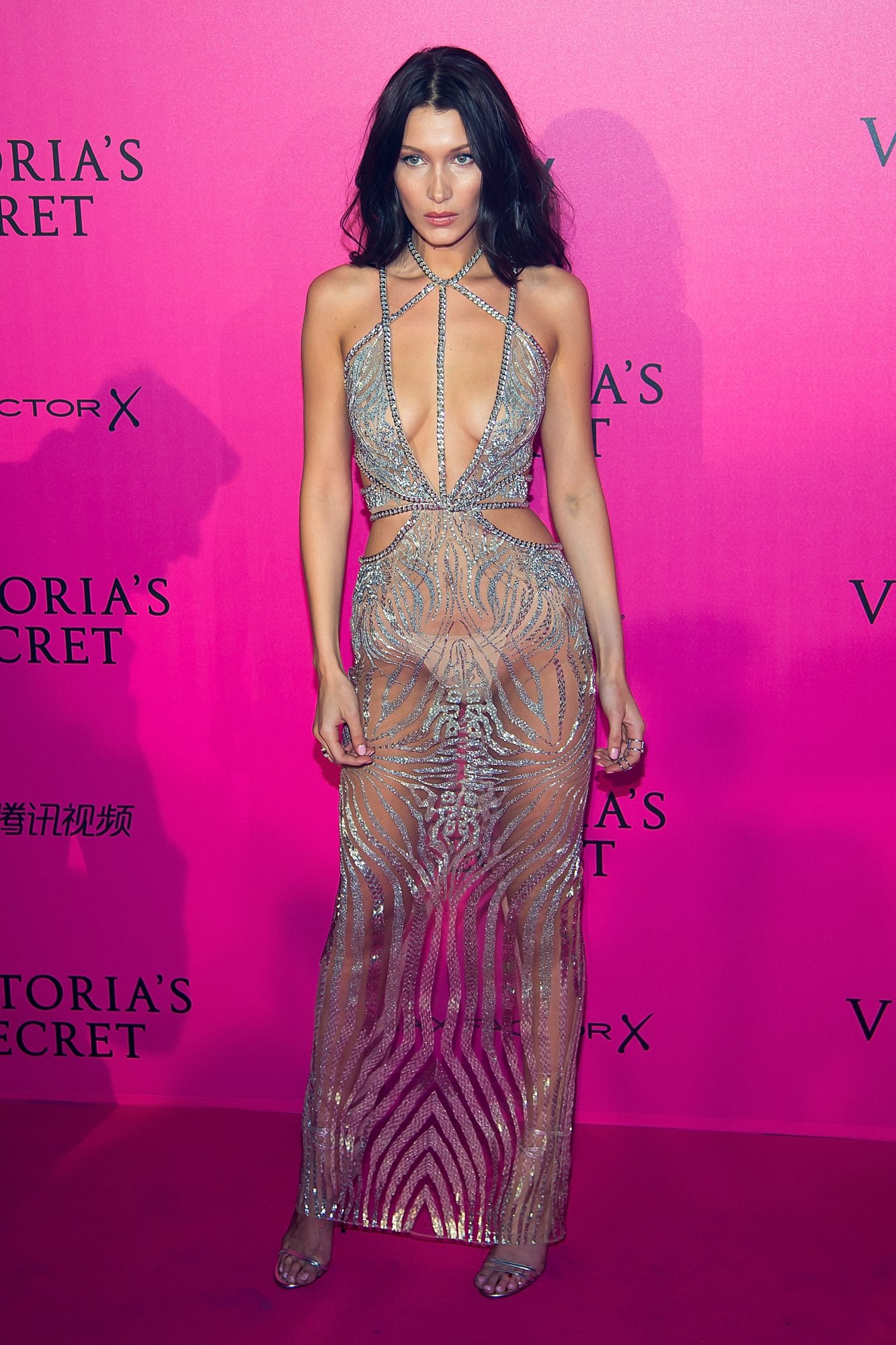 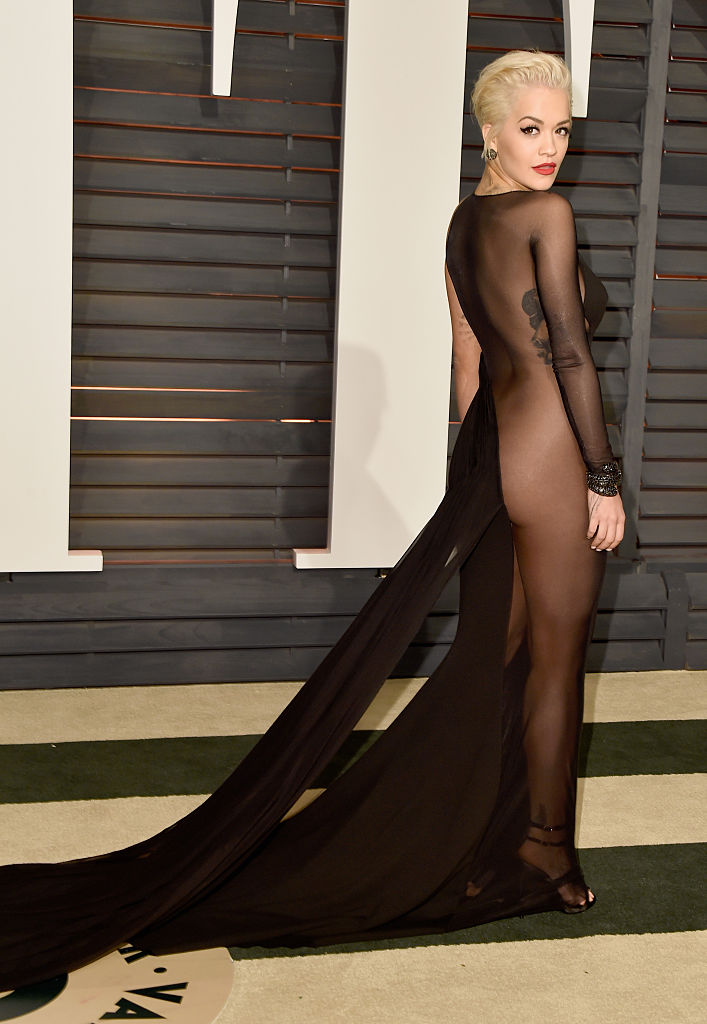 Cue the jaw drop! We can’t forget Rita in this Donna Karan number. 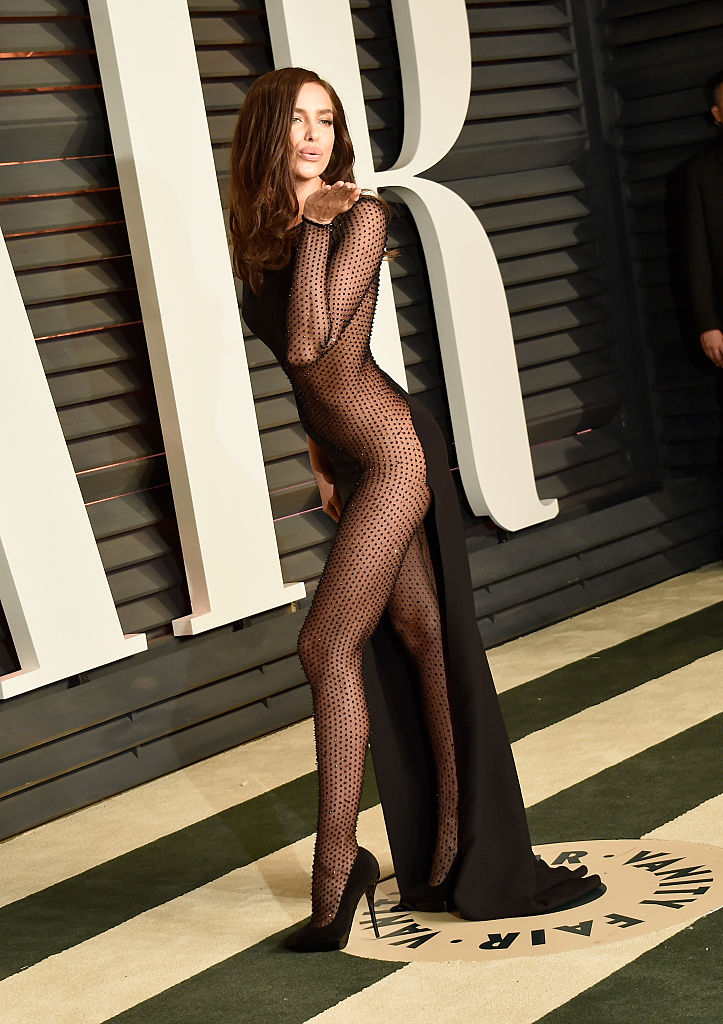 Mwuah! Irina was not afraid to rock it in this slinky Versace jumpsuit-dress. 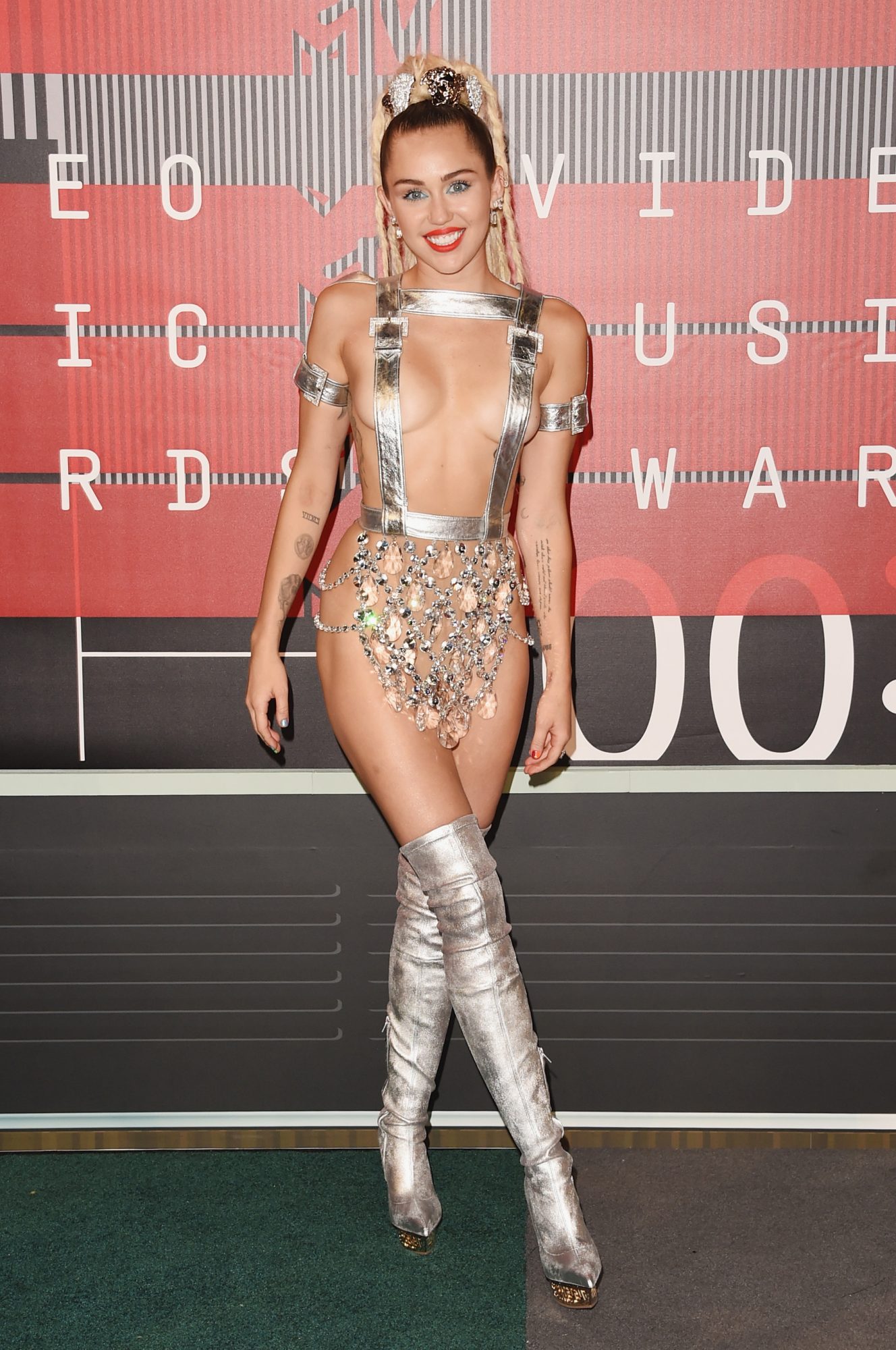 At first glance, we thought this Versace dress was actually a chandelier. Regardless, Miley rocked it. 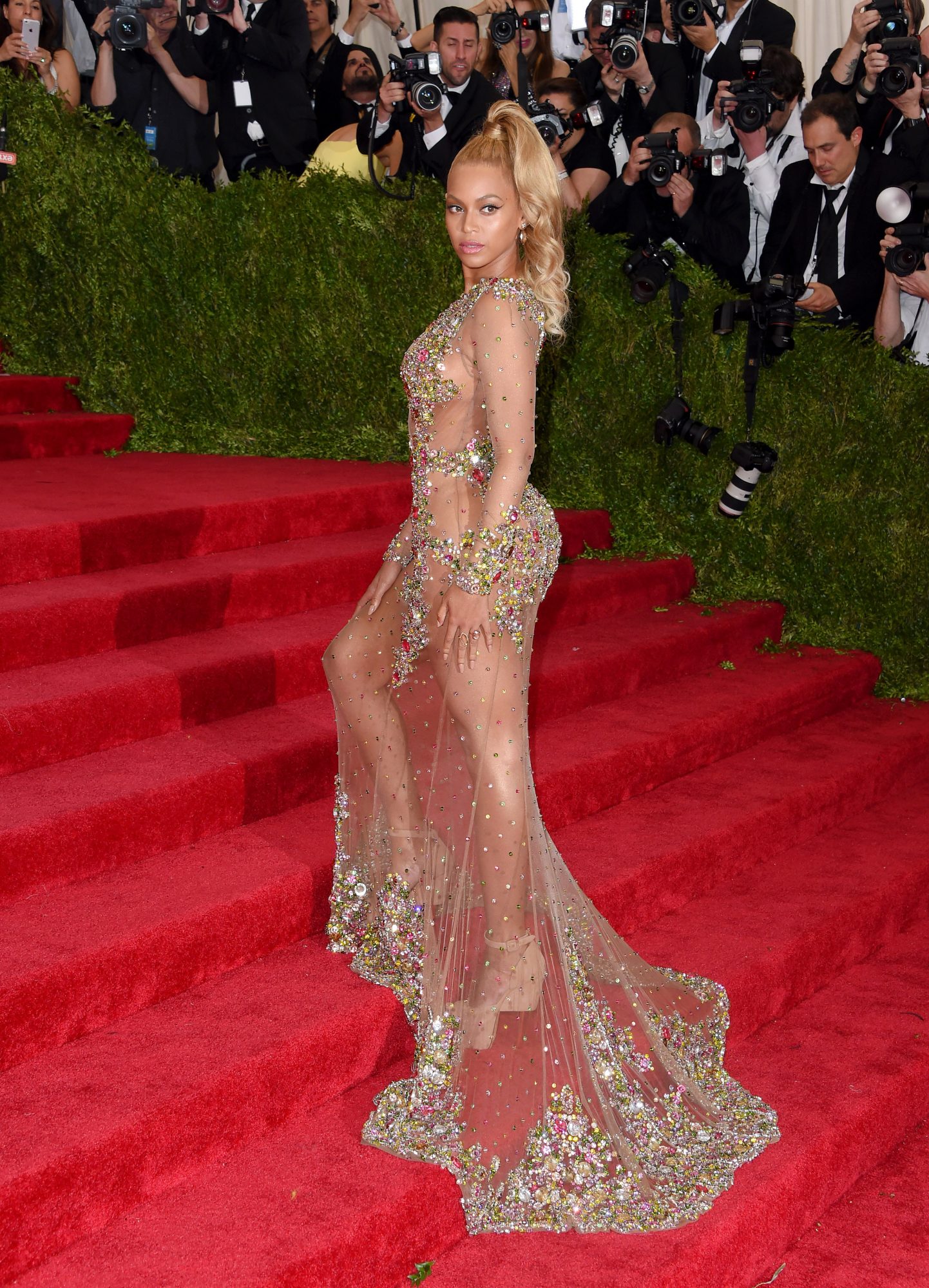 Queen Bey in Givenchy just plain shut. it. down. 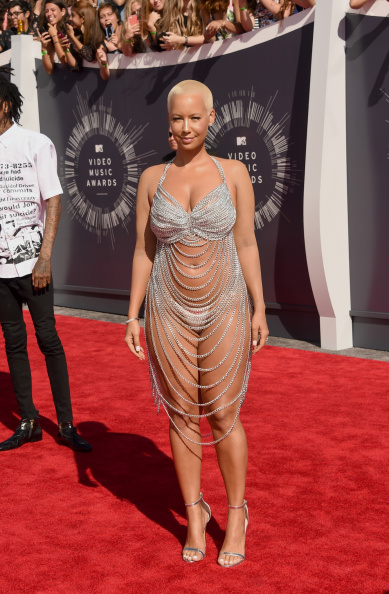 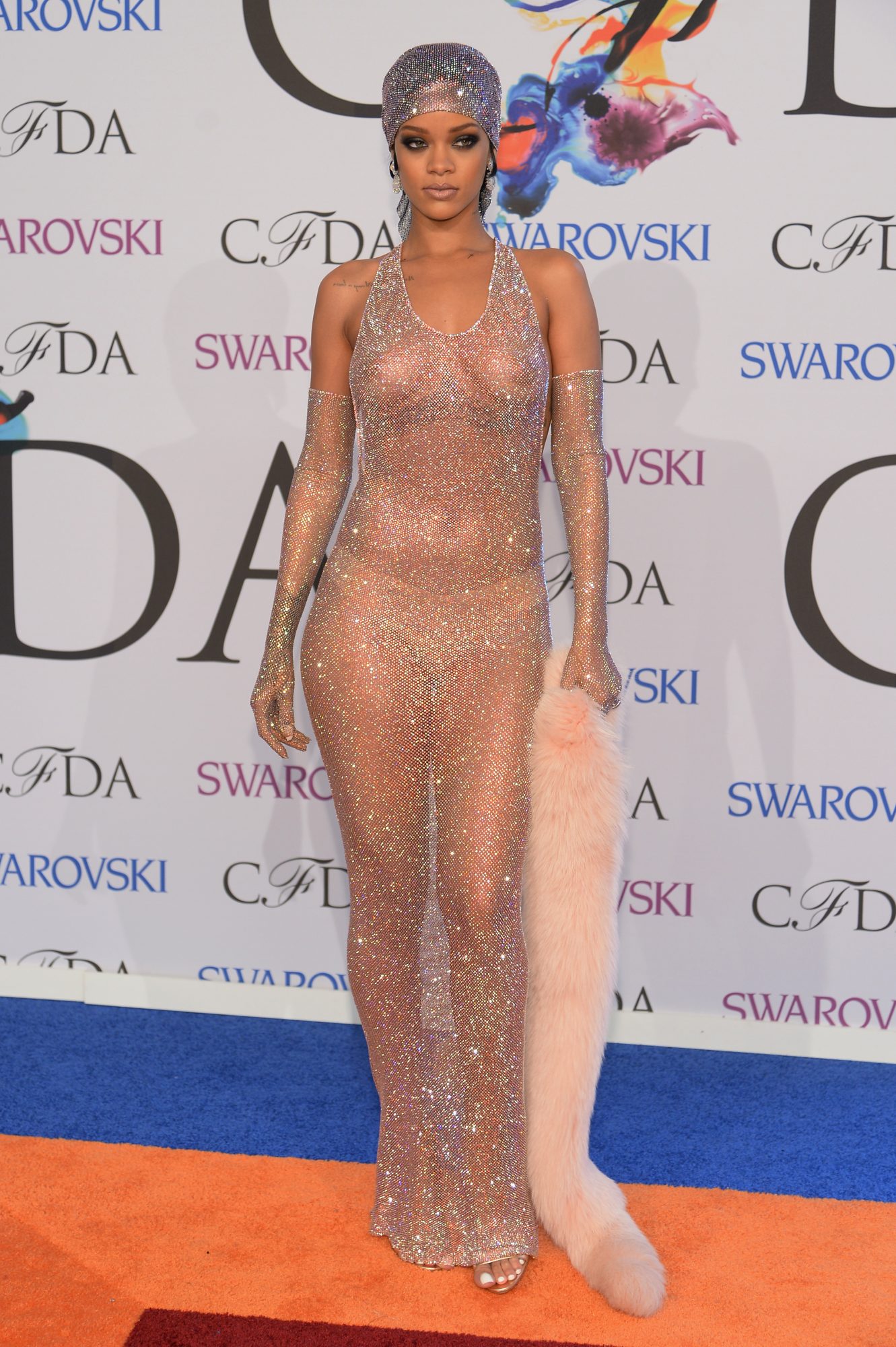 Behold: The most daring red carpet dress of all time, courtesy of Rihanna and Adam Selman. 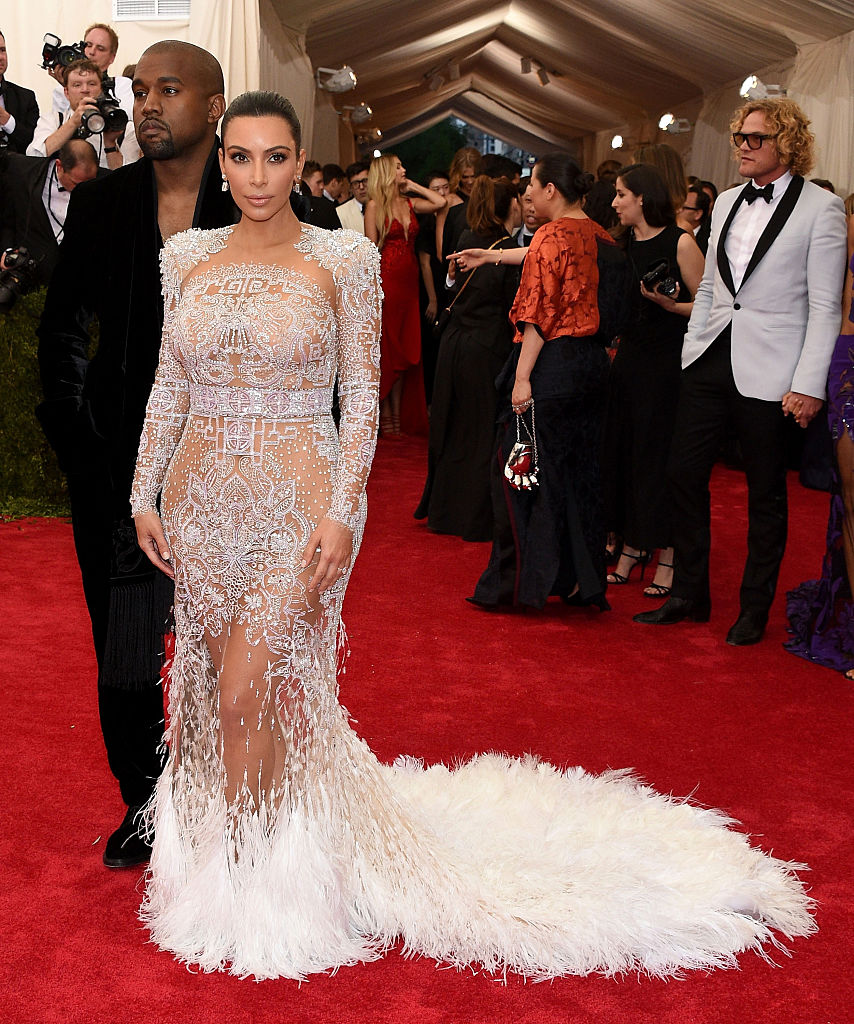 Feathers, crystals, and a whole lot of see-through fabric qualify this Roberto Cavalli design for the best naked dress category. 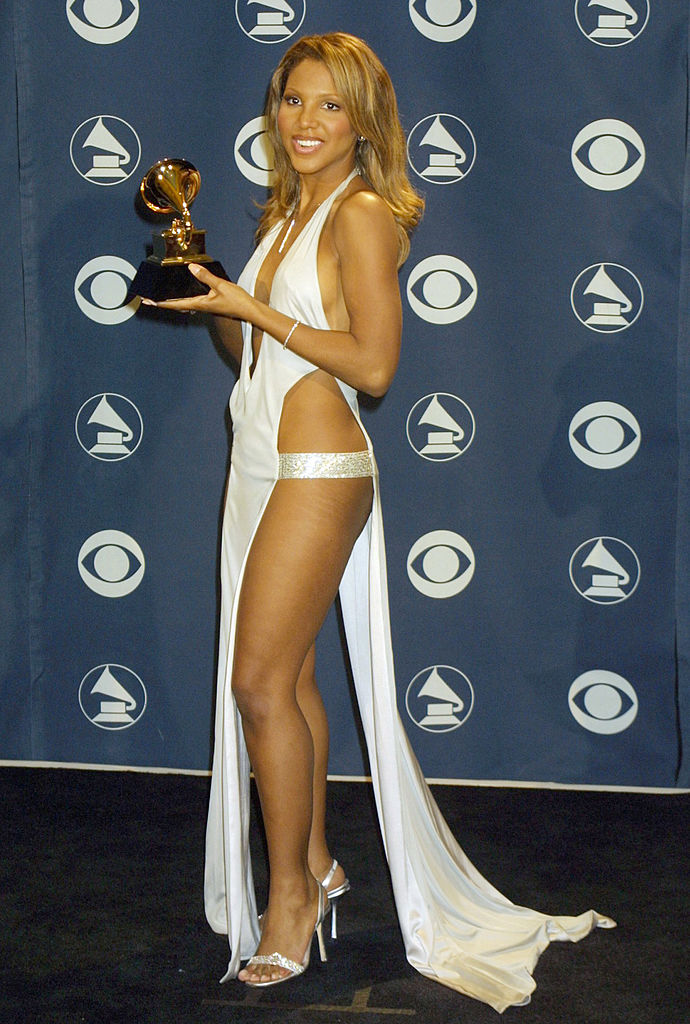 She’s a Grammy-winner, and she’ll wear what she wants. 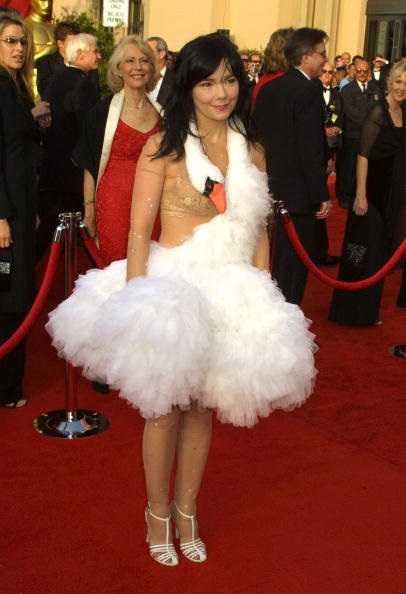 It doesn’t get more daring than wearing a swan. (The dress is by Marjan Pejoski.) 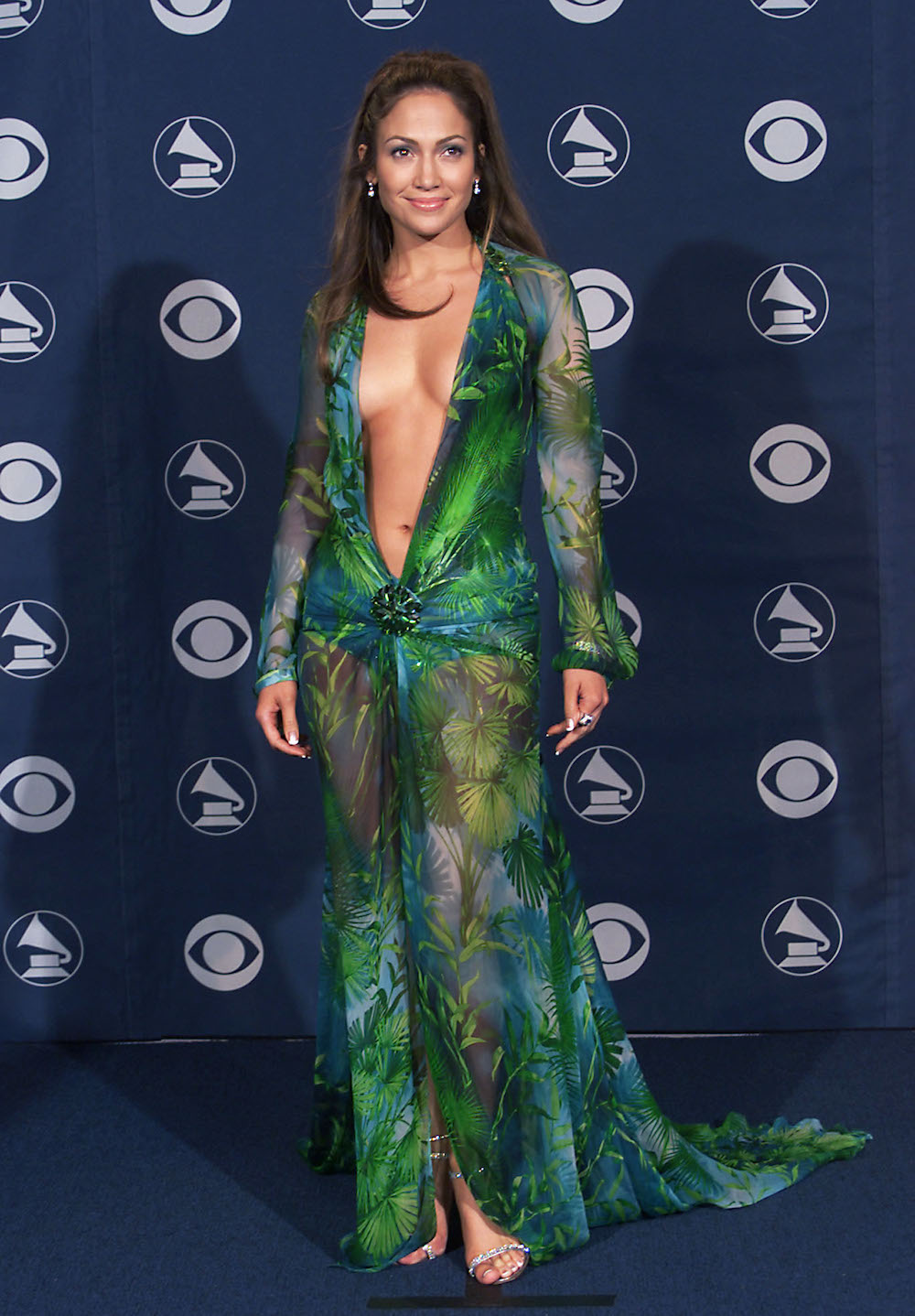 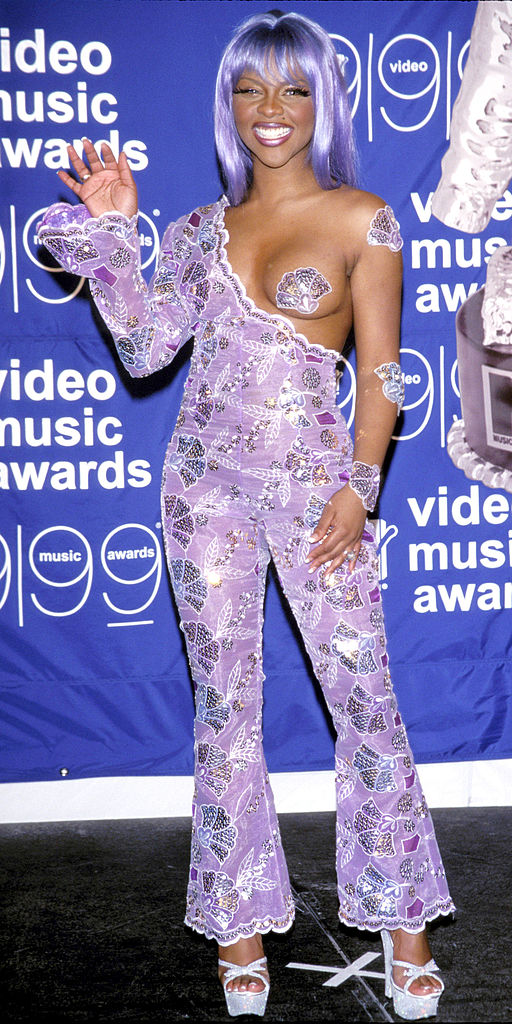 Pasties weren’t a thing until Lil’ Kim made them a thing. 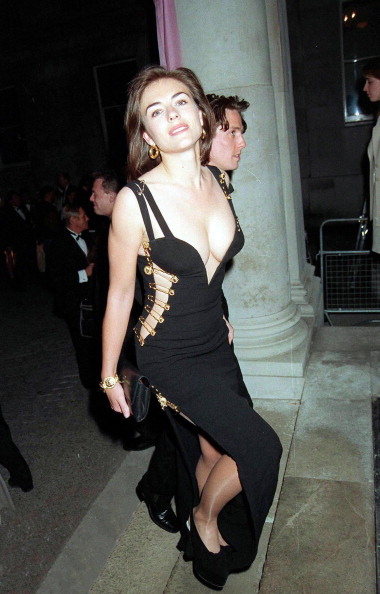 This Versace dress basically created the side cutout trend.

Nearly naked dresses are clearly red carpet showstoppers, and this trend has stood the test of time.