We look forward to award shows every year, whether for the fashion or the sound bytes or for our awards show fantasy brackets, it’s always exciting. This year, though, we spent a lot of time noticing celebs who didn’t attend the Golden Globes this year in addition to who was. While we, personally, would kill to get dressed up in a beautiful gown/perfectly tailored suit and hang with all of our favorite celebrities, since we’ve also heard award shows are long and dull if you’re actually there, we totally understand why some of our favorite celebs opted not to come. Many of them seemed to just have other plans, and other than the fact that they skipped the Golden Globes because SERIOUSLY, most of them are preeeeetty relatable.

Although we look forward to JLaw’s antics every year, this year we didn’t see her on the red carpet, and haven’t spotted her at any other juncture — we’re not sure what she was up to, but if she was at the Golden Globes, she was laying seriously low.

She live-tweeted it though.

Ariel Winter took a vacation to Bora Bora and baked with an Easy Bake oven instead of the Golden Globes. We support her life choices.

Since they didn’t have to host this year, neither attended. We don’t know where Amy was, but Tina and her husband were in NY at the opening of new broadway show, “The Present.” 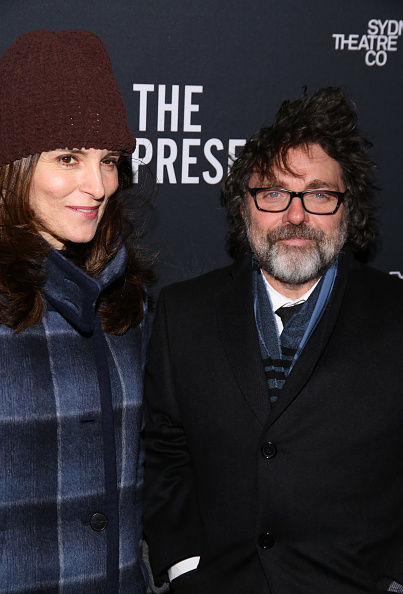 Though she won a Golden Globe in 2013, the actress and writer sat this one out and Insta’d her love of Tracee Ellis Ross from home instead.

Though her husband Justin Theroux was on hand to present, Justin told ET Online that Jen was on the couch waiting for him to finish and come back home.

Welps, here’s to next year, y’all!