Now, in two easy steps, you can determine if your cat is right- or left-handed, courtesy of Japanese YouTube channel mugumogu and their cats, Maru and Hana. Though cats can be ambidextrous, they often have a dominant hand—or paw, as it were.

To see which paw your cat prefers, all you need is:

Then, the paw that is taken out first is the dominant one.

In the mugumogu video, while Hana mastered the experiment easily… 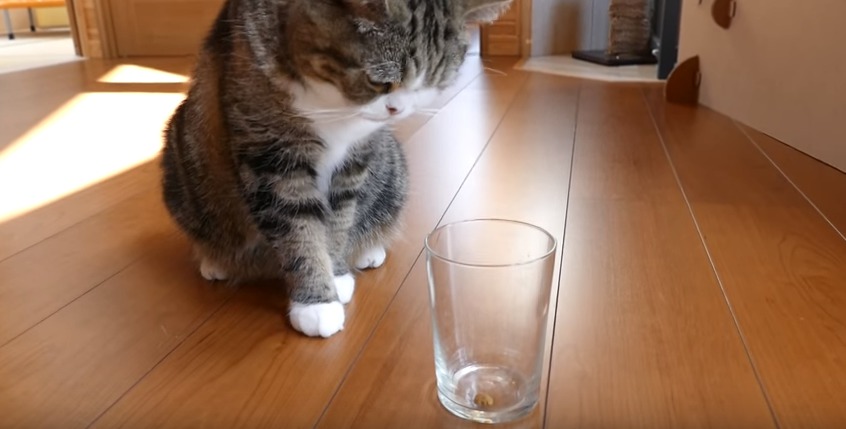 But then mistook the actual glass for food… 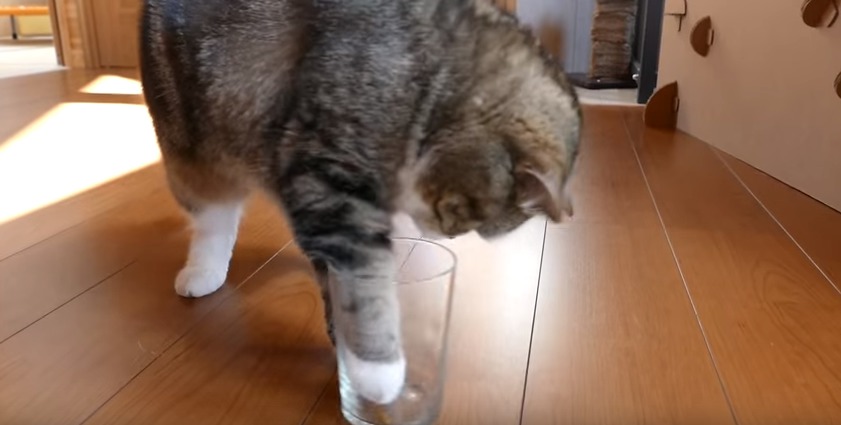 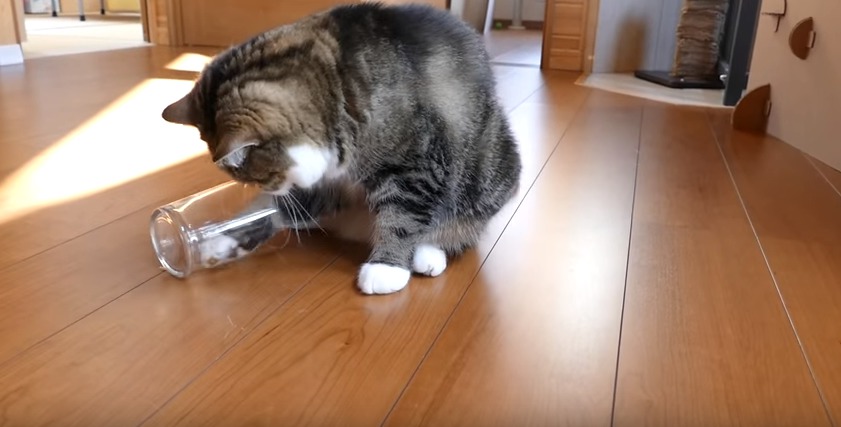 “Awww, I’m right-pawed too, Maru! : ) I think he was more interested in whether he could get IN the glass though. lol,” said YouTube user TwistedBarbie.

Only ten percent of the human population worldwide is left-handed, but this goes up a lot when we’re talking cats—up to 40 percent, according to a study at Turkey’s Ataturk University. Who knew? In another study, female cats were shown to be right-pawed more so than males, while approximately 10 percent of cats are said to be ambidextrous.

So, what about your cat? Is he or she right- or left-pawed? Now’s as good a time as any to find out.

If you want to check out mugumogu’s full video featuring cats Maru and Hana, you can do so here:

And, if you want even more cat-cuteness in your life, you can check out mugumogu’s YouTube channel. Some of their cat videos have gotten over 21,000,000 (!) views.