Can Castor Oil Really Make Your Lashes Grow? Here’s What You Need to Know

It's certainly cheaper than some of the more expensive eyelash serums on the market.

Despite what you may have heard, people with dark skin need to wear sunscreen, and shaving your hair won’t make it grow back thicker. In Myth Busters, we debunk common beauty misconceptions and set the record straight.

The quest for long, luscious lashes is a relatable one, leading many to turn to all sorts of promising lash products. From lengthening mascaras and false lashes to lash lifts and eyelash extensions, people stop at nothing to make their eyes pop—including trying solutions like lash and brow serums that claim to promote actual hair growth.

One natural solution that has people buzzing is castor oil. Hailey Beiber reported that it did wonders for growing back her overplucked eyebrows, while a simple YouTube search of “castor oil” garners tons of anecdotal videos of people swearing that it makes a difference on their natural lashes. But is it too good to be true? Does castor oil really help eyelashes grow? We talked to two top dermatologists to find out.

What is castor oil?

Just as it sounds, castor oil is a type of vegetable oil that’s derived from pressed castor beans. These seeds are found in the tropical Ricinus communis plant, and according to N.Y.C. board-certified dermatologist Dr. Sejal Shah, M.D., they’re rich in fatty acids, which account for the oil’s known moisturizing properties. Pure castor oil is completely natural, making it an attractive option for people who are leery about putting synthetic chemicals near their eyes. It’s also a fairly common ingredient in skincare and beauty products, as the nourishing fatty acids are thought to be helpful in restoring the skin’s natural moisture balance.

Is castor oil safe, and is it good for eyelashes?

“Castor oil is generally considered safe, but like any ingredient, it can also potentially cause skin irritation or allergic reactions,” says Dr. Shah. As such, you might want to do a patch test on your skin to check before putting it on your lash line. Be aware that pure castor oil is also less irritating than a castor oil that may be blended with other oils. Read the label before you purchase anything to confirm that it is pure castor oil, as other ingredients may be more likely to cause irritation. 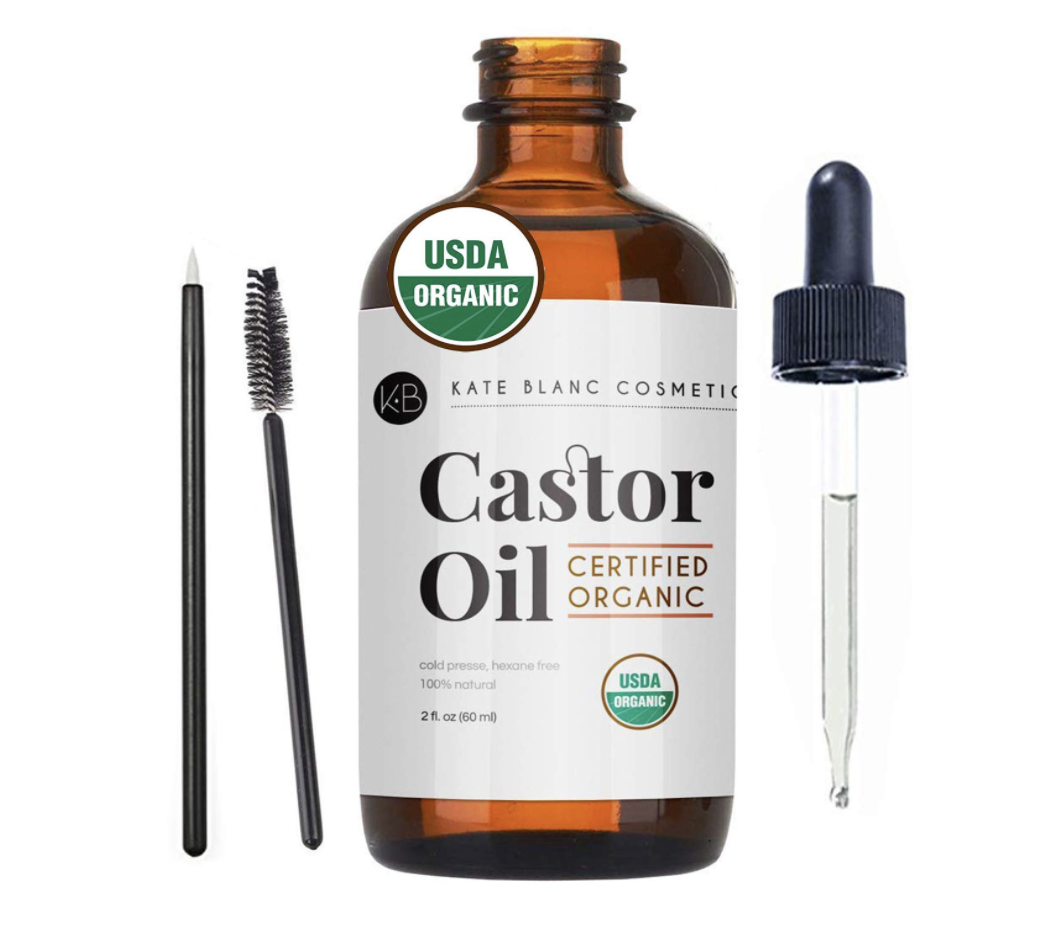 As for whether or not it is good for your lashes, Dr. Hadley King, M.D., another N.Y.C.-based board-certified dermatologist, tells us that there are definitely benefits to applying castor oil on a nightly basis. “Castor oil is not damaging to the hair and can provide some conditioning that improves the flexibility of the hair fiber,” she says. Plus, “the emollient properties may be helpful if your eyelashes are becoming brittle and broken due to the use of mascara, adhesives, false eyelashes, and curling devices,” she tells us.

To apply castor oil, you can typically use a small brush along your lash line or dip a clean mascara wand into the bottle to put directly on your lashes. When you apply the oil, it can coat them and make them temporarily appear thicker or darker while gently conditioning them. 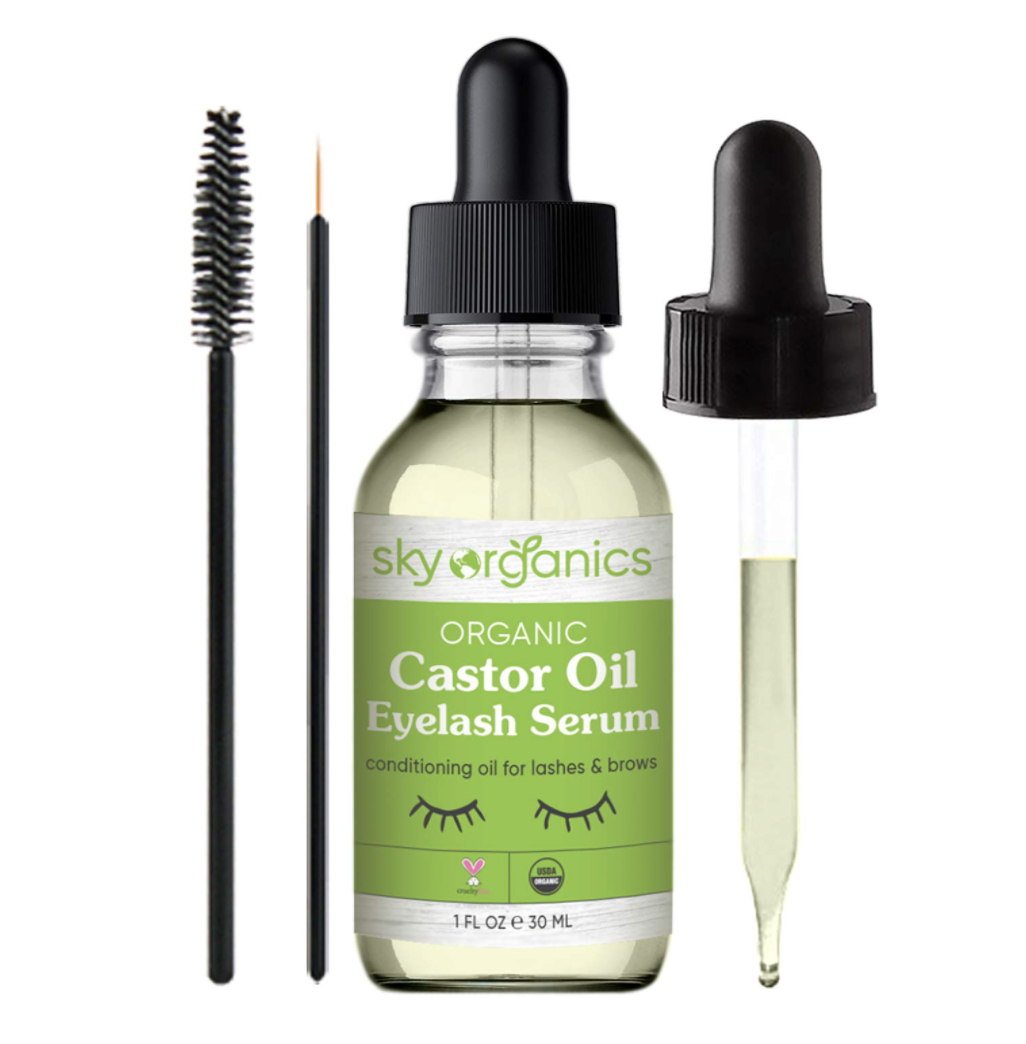 Here’s where the anecdotal evidence is abundant but the actual scientific evidence is significantly lacking. “A lot of the buzz around castor oil and hair involves stories of it being helpful for hair growth, but there are no studies that show that castor oil directly causes hair growth,” says Dr. King. According to her, the science behind stimulating hair growth is incredibly complicated, and it is not yet known whether the ricinoleic acid in castor oil activates the receptor needed to synthesize new or additional follicle growth. Instead, the nourishing properties of the oil may slightly extend the lifespan of your existing lashes, which can cause them to appear slightly thicker and longer, but our experts can’t guarantee that you’ll notice any sky-high growth.

If you’re looking for actual eyelash growth, Dr. Shah says your best bet is to go with something like doctor-prescribed Latisse (the only FDA-approved lash growth serum), because “it contains a prostaglandin analog that lengthens the growth phase of the hair and increases the number of hairs produced.” This results in truly longer, thicker lashes. However, Latisse can be a little pricey depending on where you get it, so if you’re simply looking to condition your existing lashes (and to do so with a product that is fairly cheap), you can go ahead and try out castor oil. Just know that the visible results vary greatly from person to person and that scientific evidence isn’t quite there yet.