It looks like pixies have invaded Hollywood, and there’s a brand new devotee! First there was Gigi Hadid’s April Fools Day pixie cut prank — now Cara Delevingne is sporting a legitimate pixie of her own.

The model and actress took to Instagram yesterday to debut her new pink-hued look, complete with a black bandana and cool shades. Delevingne first switched it up with a cropped platinum bob earlier this month, and alluded that a much shorter look was to come. She’ll be fully shaving it for an upcoming role and felt now that was the perfect time to experiment. (We agree!)

“I have to shave my head for my next part, so I have to do something different. So I dyed it. Just for fun. Just to change it up,” Delevingne told USA Today in March after the bob.

The first hint of the new do was an Instagram Story she shared of a pile of her pastel-colored hair with the caption ‘Oh no!” 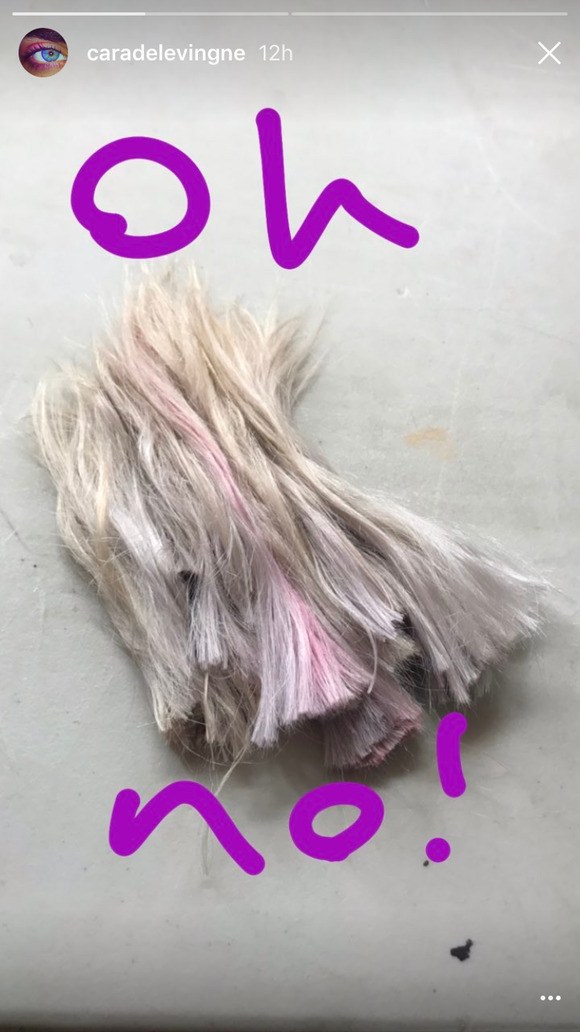 And look how fabulous it turned out.

Here’s another look at it in action, as she does some fierce self defense moves.

Delevingne has had a busy past few months. She was recently in Las Vegas promoting her upcoming film Valerian and the City of a Thousand Planets. In the film, an adaptation of a sci-fi classic, she plays a special operative protecting the world of Alpha. The film’s director, Luc Besson, told USA Today the character is the “the first woman superhero really kicking butt.” We can get on board with that.

Her new role, and the impetus for the chopped locks, will be alongside Jaden Smith in Life in a Year.

Between Delevingne and all the other amazing pixie cuts popping up in Hollywood right now, we must say we’re tempted. Everyone from Zoe Kravtiz to Katy Perry is rocking the pixie. Even Kristin Stewart is in on the fun, and is sporting a blonde buzzcut, also for an upcoming role.