Any Sex and the City fan is accustomed to the glamorous life of Carrie Bradshaw and her on-screen besties. Five-star brunches, fancy soirees, and trips to the neighborhood Jimmy Choo store paint the elaborate backdrops of the protagonists’ lives. However, like most things IRL, the smash-hit series actually had a less-than-glamorous start.

Based off of Candace Bushnell’s legendary column of the same name for The New York Observer, Sex and the City was birthed in a boys club newsroom colored with frat boy talk, aka, not exactly Mr. Big’s crowd. And it took Candace spending her last $300 to finance reporting a different story to even get her foot in the door at the Observer at all.

In a riveting piece for The Hollywood Reporter, Bushnell describes her leap from writing for women’s magazines to the more-esteemed Observer, and in the process, breathing life into her unabashed sex and dating column.

"The way Sex and the City happened was that Peter Kaplan, who'd actually just started as editor-in-chief, came up to me and said, 'I want to give you your own column'," Bushnell wrote in the candid essay. "I said "Great!" I knew it was my big break. I don't know if there was another woman at the Observer who had her own column, but I was pretty much the only one, and I was really going to make it work."

Then, she realized the real task at hand: creating a series with workable, relatable material. Material which she could continuously whip up each week. That’s when genius struck. 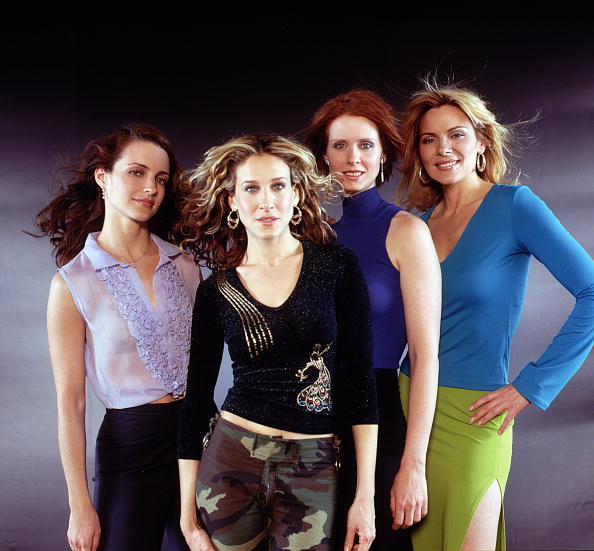 “I said, ‘I think it should be about me and my friends, who are all single and crazy.’ This was also kind of the same thing that I’d been covering in my 20s—dating and mating rituals,” Bushnell explained.

"Peter thought it was a great idea. He said, "Let me think about it, and I'll come up with a title." And I went in the next morning and he was like, "I got the title. We'll call it 'Sex and the City.' One foot in sex and one foot in society.' And we all said, yes!"

After a funky first story about Bushnell visiting a sex club, however, the column took on the Carrie Bradshaw tone to which we’re accustomed. “It really had to be about dating and mating rituals, and sexual practices,” she said.

After just a few months, her SATC column met rave reviews and overwhelming success. So much success that, in fact, she started receiving faxes about coming to Hollywood to develop the piece into Hollywood material (*recall, this was the ’90s!). 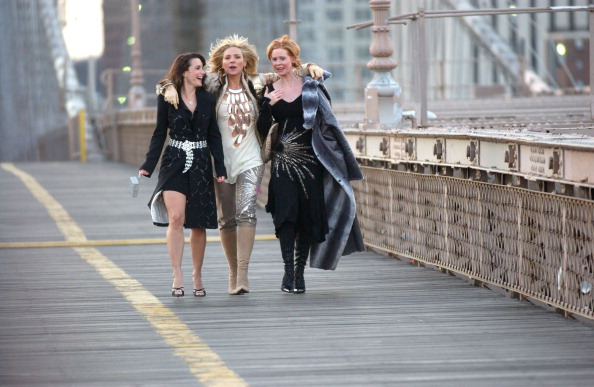 “I’d been doing the column for maybe four months when I started to get inquiries from Hollywood. People in New York who worked in film and media were faxing it to their friends who worked in film in Los Angeles. I flew out to L.A. and had meetings. I was like, ‘What the hell?’”

Like we mentioned earlier, Bushnell doesn’t exactly describe the Observer to be like Carrie’s later time at Vogue. Still, she references to her time there as “the good old days.”

“There was definitely a frat boy atmosphere. It was openly full of locker room talk and frat boy humor,” she wrote. “Despite everything, the sexist joking and the hazing, it was really, really fun — although I know that’s the kind of thing that one will get into big trouble for saying. But it was. People were excited to be at the Observer.”

While the column itself ran for only two years, it was enough to have an everlasting global impact. We can’t even imagine at world *without* SATC, actually. We owe you big time, Candace!