Yesterday, the 20th edition of the Hollywood Film Awards took place at the Beverly Hilton which brought out all the stars to kick off the launch of the awards season. The night was hosted by James Corden, but all eyes were on the red carpet and more specifically, Camilla Alves and Kate Hudson, who looked incredible and kinda like fashion twins.

Both women rocked black dresses that had amazing floral details while attending the film awards that touts itself as the event that kicks off awards season. The show was untelevised, but of course the fashion is going to stand out — and it did. 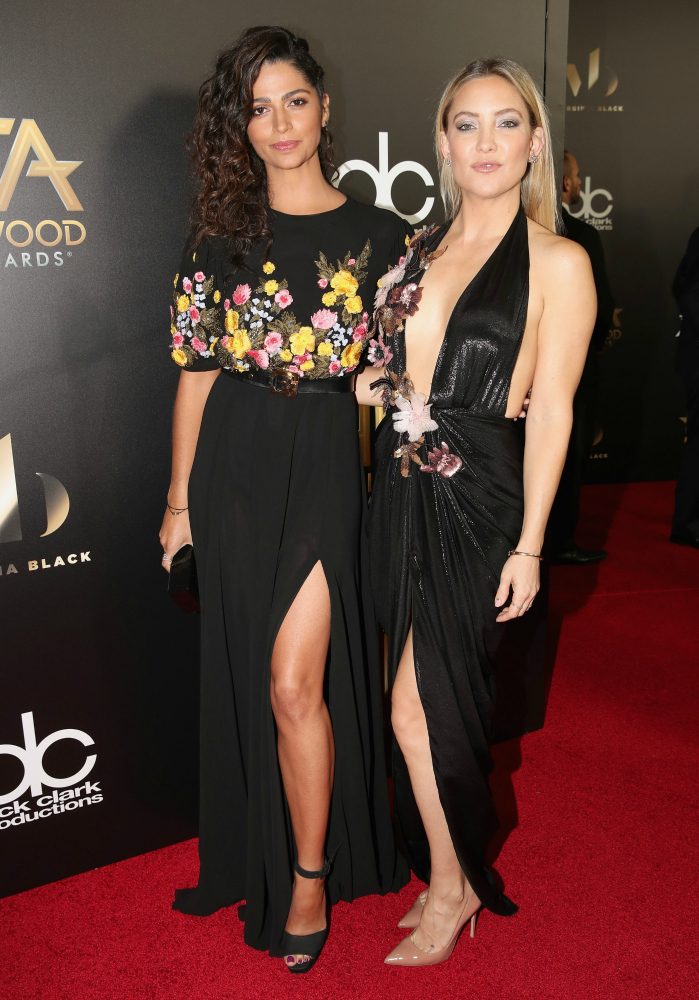 Alves wore a Georges Hobeika gown and Schutz and Randall Scott Fine Jewelry and was accompanied by her husband Matthew McConaughey, who won an award for the movie Gold.

The high-slit dress with brightly colored flowers popped and was classic and understated. 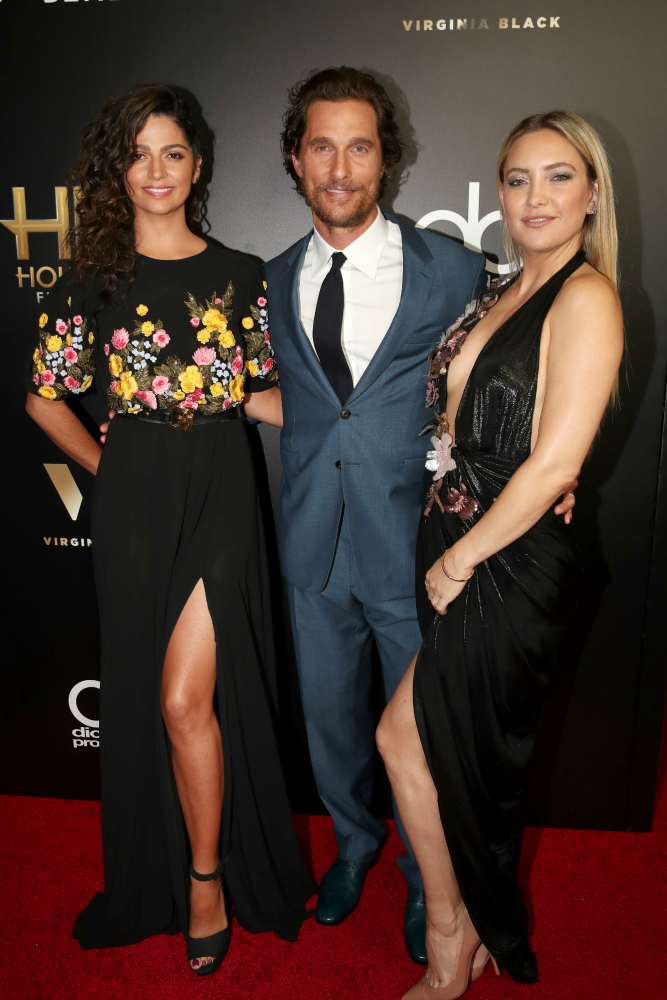 Alves caught up with Hudson who went all-out in a very sexy black Marchesca gown with a plunging neckline and accessorized with Randall Scott Fine Jewelry.

Flowers accentuated where all the fabric came together and they both looked incredible posing for photos together.

Of course, Hudson, who starred with McConaughey in one of our favorite 2003 movies, How to Lose a Guy in 10 Days, as well as the 2008 flick Fool’s Gold, caught up with him on the red carpet and they looked like they were having so much fun. 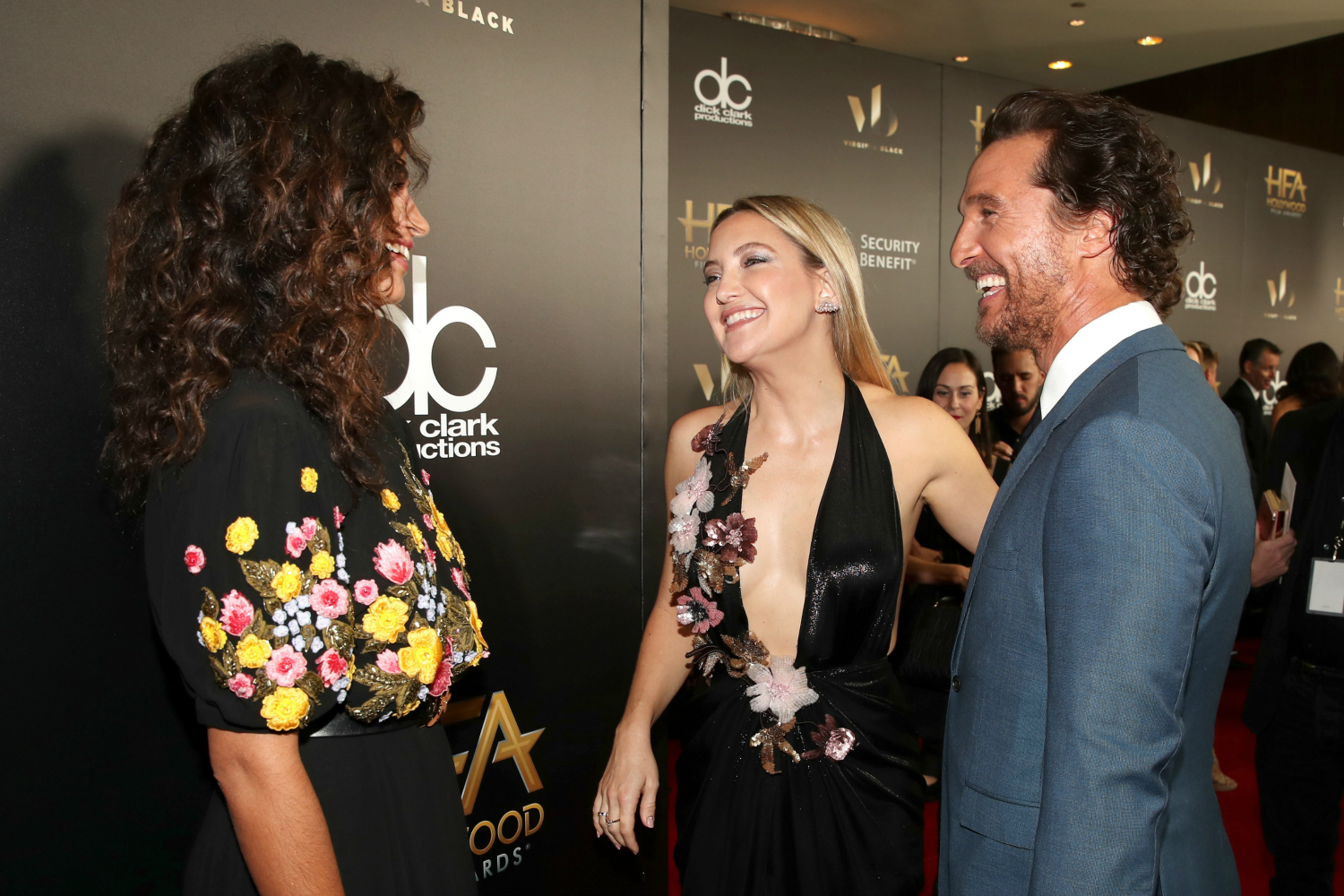 Hudson presented McConaughey and his fellow Gold co-stars with the Hollywood Ensemble Award later that evening and we love that they all seem to be the best of friends.