In what has already been one of the most exciting moments of the 2019 Grammy Awards so far, K-pop boy band BTS made their appearance on the red carpet—their first-ever for the awards. BTS had been nominated for Best Recording Package for their album Love Yourself: Tear, which was designed by HuskyFox, but had lost to St. Vincent’s Masseduction. Still, the nomination itself was monumental, as BTS is the first-ever Korean pop band to be nominated for a Grammy.

On the red carpet, RM, Jimin, V, Jungkook, Jin, Suga, and J-Hope did not shy away from showing their excitement about their first-ever Grammy ceremony. “We never imagined that we could be here,” RM told ET. “We always said it was a dream, but still, we can’t believe it, [being] on this red carpet.” 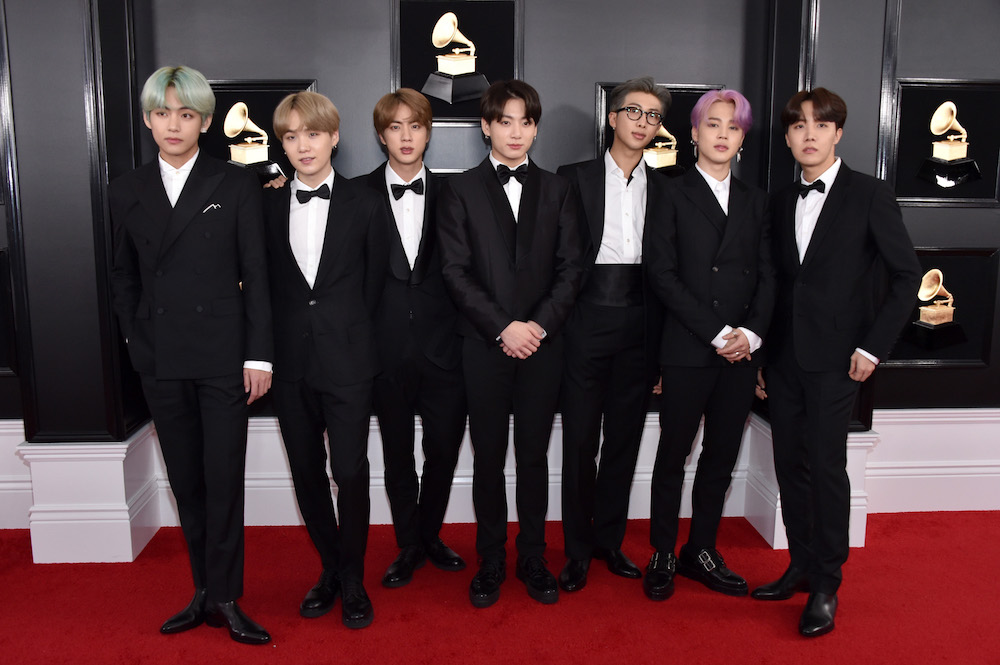 RM also admitted that the group didn’t get much shut-eye before their flight to LA. “We stayed up all night to work on our next album,” he said. Even without proper pre-awards ceremony beauty rest, the boys still managed to look dapper as usual in coordinating black tuxedos.

BTS will also be on hand to present an award during the show. When asked which performers they’re hoping to run into during the evening, Lady Gaga, Travis, Scott, and H.E.R. were among the list.

The group also thanked their fans, known as the BTS ARMY, for their support over the years “They made us. They gave the wings. They gave all the opportunities to us. I’m sure they’ll be proud. They’re here with us,” RM said.