I bought it first, and then they had to get its fluffiness for themselves.

Try as I might to break the habit, my bed has become my office during quarantine. I have spent roughly 70 percent of the past year underneath my comforter, and I’ve eaten most of my meals in bed, watched Bridgerton (twice) in bed, and even had many remote-therapy sessions in bed.

But before you go picturing me as Charlie Bucket from Charlie and the Chocolate Factory’s fifth grandparent, I have to say, it’s all been pretty lovely—that is, since I shelled out for the Brooklinen Down Comforter.

When I used to commute to work on the subway and was sandwiched between fellow straphangers’ armpits and backpacks, I’d have no choice but to stare at Brooklinen’s subway ads, touting that their comforter was so good you’ll never want to leave your bed.

But after growing tired of staring at the unpresentable, uncomfy duvet I acquired in my early 20s, I agree. Yeah! Right!

It makes my bed look like a hotel bed, and it’s so perfectly fluffy. Its down-cluster fill is encased in a 100 percent long-staple cotton shell in a baffle box construction, and the mountains of fluff make soft “pouf!” noises as I stress-flop after coronavirus (COVID-19) nightmares. The generous length also wraps around me like a hug when I pull it up past by head to hide from the ever-more-confusing world.

A few weeks after mine showed up at our Brooklyn apartment of five, my roommate Savannah stopped me in the kitchen to get my comforter-ordering advice. Every comforter looks the same on the internet, and she knew I was in love with mine and wanted to join the club. She went with the full sheet and comforter set—and I was jealous; I wanted the full sheets, too. Once Savannah’s came, our other roommate/dad-of-the-house Sean decided it was time for an upgrade. So he made an order, and took the leap into the cloud, too. 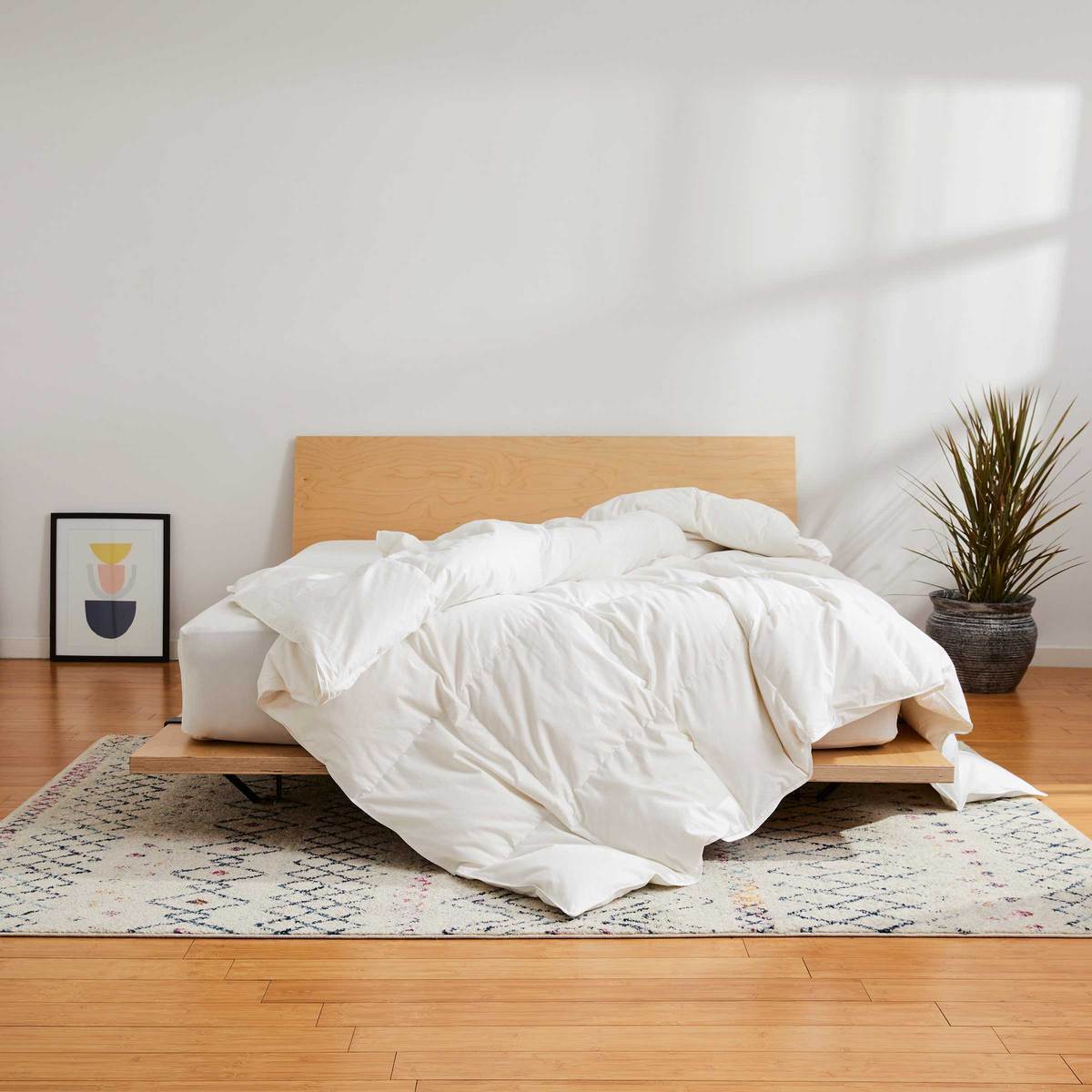 We are not people who think little of dropping hundreds of dollars on blankets. If we were, we would not be living in a five-person apartment above a bar in Brooklyn. Quite truthfully, the Brooklinen All-Season Down Comforter is the most expensive item I’ve ever bought for my home, but I would purchase it again in a heartbeat.

So on behalf of half of our apartment, I recommend purchasing yourself this comforter at 15 percent off during the brand’s President’s Day sale this weekend. If you’re like me, you’ll get a tremendous amount of use out of it, and it will bring you joy every waking and non-waking moment. If you’re not like me, good, my therapist applauds your sleep hygiene practices.