Britney Spears, the pop queen we all know, love, and grew up with, is on the cover of the 100th issue of V Magazine this month, and she looks ah-may-zing.

According to US Weekly, this issue of V marks the magazine’s content re-brand, shifting focus from fashion to pop culture, and wanted to choose a cover start that lives in and represents both worlds. We totally support their decision to feature Spears, as we can think of no better choice than Queen Britney. 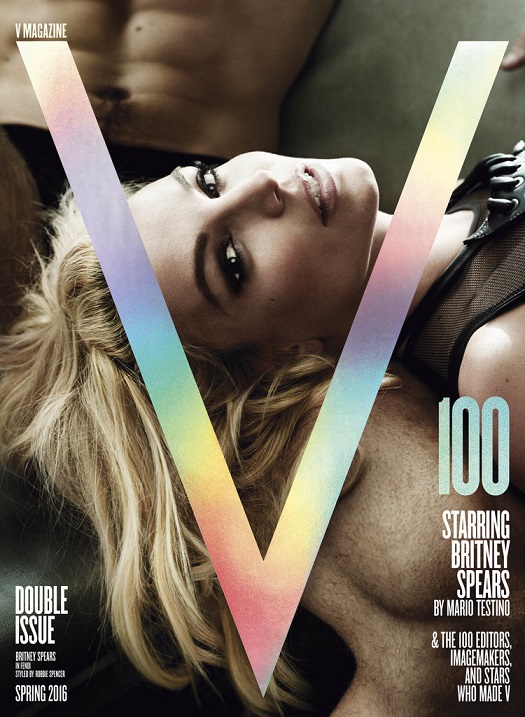 There’s zero argument on how great she looks. The smoky eye makeup, strong brow, and casual, messy ponytail give a sultry, yet approachable look. She’s wearing a Balmain one-piece over a Tavik swimsuit, basically just your casual daytime look — well, if you’re Britney, that is. She’s also wearing Christian Louboutin heels, which we can’t see in these photos but we bet they look awesome. There are 3 different cover versions, all shot by Mario Testino, a renowned fashion photographer who has worked with every major magazine and with every iconic star.

Britney posted all 3 images on her Instagram today, two of which didn’t have captions because, well, they don’t need any. 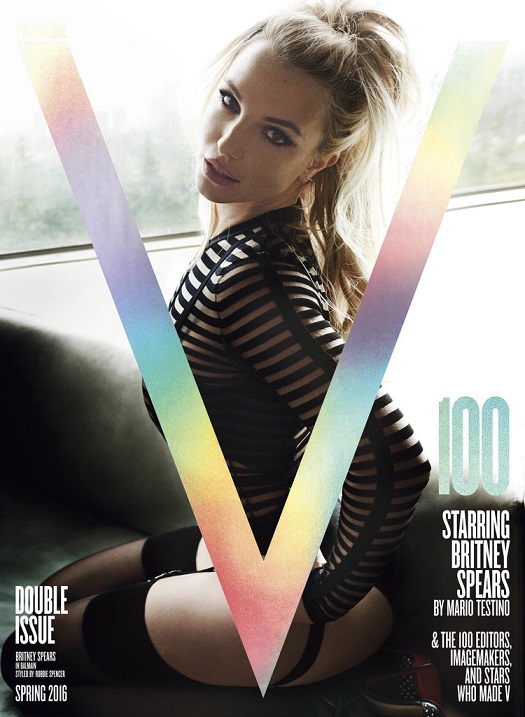 In the magazine, she talks about her upcoming album, but before you get too excited, it may be awhile until we’re treated to any new songs. “Honestly, I’m just particular with this record. It’s my baby, and so I really want it done right. I would much rather have it be completely how I want it to be, whether that takes another year for me to do, or two months. I have no idea at this point.” 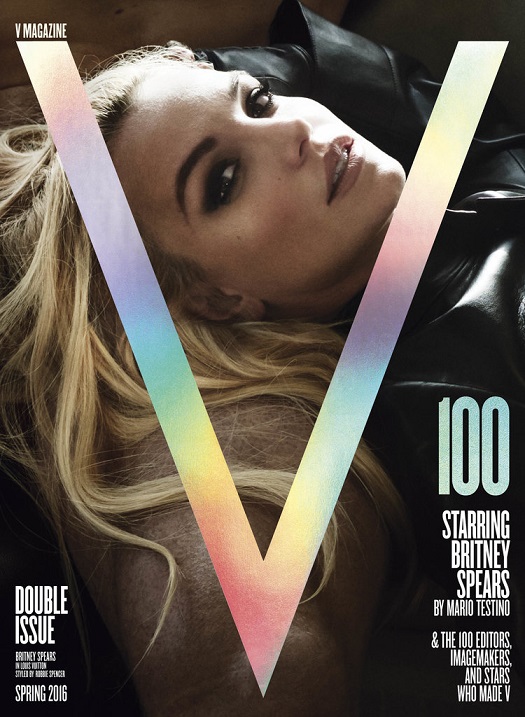 She also discusses dealing with haters and keeping a sense of sanity of the public eye in her interview. “Whoever is in the spotlight, people are really quick to judge … You know, Justin Bieber, he’s huge, and he experiences that. It’s just the way the world works, unfortunately,” Spears says. “I’ve been doing this for 20 years. I kind of don’t pay attention to it. I have my relationship with God and myself and that’s what matters to me. I really don’t care what most people think.”

We’ll definitely be picking up all three versions of the issue to swoon over when the magazine comes out. The Spring 2016 issue hits stands on March 8th.