After a bad breakup, there’s the inevitable sadness that follows, even if you totally know your ex is totally not worth your energy. It still hurts! Usually, the day after breaking up involves hiding in bed and pretending the rest of the world does not exist.

Inevitably, of course, you realize that one can only lie in bed for too long before you start to feel pretty disgusted with yourself. That’s when you make the step to the couch. At least there, you are in the upright position.

Now, rather than sitting and moping, there’s nothing better than watching some awesome breakup movies to remind you that you have friends and that you are totally better off. Below is a list of ten of our favorite breakup movies, because sister—you don’t have to go it alone.

First Wives Club is a favorite here at Hello Giggles, and for good reason. The movie’s zany storyline about three ex wives (played by the completely charming and fantastically funny Diane Keaton, Goldie Hawn, and Bette Midler) getting back at their philandering husbands is really, at its core, about the importance of self and the lasting support of your tribe of best friends. Plus, there’s a musical number at the end. We can’t recommend this movie highly enough.

2. Eternal Sunshine of the Spotless Mind

Eternal Sunshine of the Spotless Mind is the necessary reminder that as painful as your breakup may be, you don’t want to erase that person completely from your memories. Kate Winslet and Jim Carrey turn in the performances of their lives, and the script by Charlie Kaufman is brought to magical life by Michel Gondry. This is a must watch, whether you have recently experienced a breakup or not. (Side note and warning: you’ll leave the movie wanting to dye your bright hair orange. This might not be a bad thing.)

High Fidelity is a nice reminder that men can be in just as much pain after a breakup as their (now ex) girlfriend. John Cusack is utterly charming in this film, which provides insight into the male mind along with an excellent playlist of songs.

This self-described romantic comedy totally subverts the genre by, spoiler alert, not having the two main characters end up back together. It’s a refreshing and realistic look at the end of a relationship, and we can’t help but nod knowingly at the truth of this scene:

We’ve all had that argument before.

While this movie made waves back in 2008 because Jason Segel appears in it completely nude, the message behind the comedy is actually fantastic. While he spends a great portion of the film trying to win back his ex (played by Kristen Bell), at the end, Segel’s character realizes he and his ex were never meant to be. Something you, too, will realize with time.

Sometimes there’s nothing better than getting some innocent revenge on the ex who thinks he’s better than you. Elle Woods does just that in Legally Blonde. (You got into Harvard law? After all, sometimes the best revenge is challenging yourself to meet new goals and explore new places, all while remaining true to yourself. And if some of those new goals involve showing up your ex, that’s just an added perk. 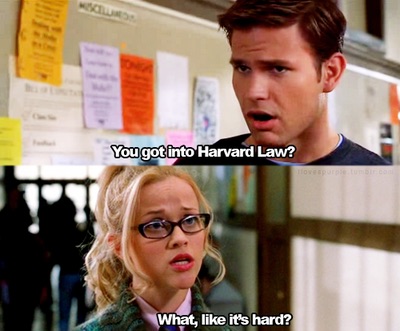 The tragic opening montage features the end of a relationship due to old age and death, and even upon rewatching, it won’t leave a dry-eye in the house. It’s devastating. That said, the rest of the film follows the curmudgeonly widow as he learns to rebuild his life without his partner, all with the help of a talking pup and adorable boy scout.

This classic film follows the lifespan of a relationship, from the first meet-cute to the heartbreaking end. And yet, thanks to Diane Keaton’s memorable performance and Woody Allen’s snappy dialogue, the film is compulsively watchable. Annie Hall is an excellent reminder that even if the relationship didn’t work out, your ex shaped your perspective in a remarkable way that you might one day appreciate.

9. The Upside of Anger

When Joan Allen’s husband disappears, purportedly running off with his secretary, she falls apart, depending on her three teenage daughters to keep her together. Kevin Costner plays charming neighbor Danny, who helps Allen believe in love again. Costner and Allen turn in strong performances in this film, which reminds us that in times of loss, family is everything.

The ultimate breakup movie, Robert Redford and Barbra Streisand star as two people who love each other desperately but just can’t make it work. This film is quite the tearjerker, and incredibly memorable. In the TV show Sex and the City, Carrie Bradshaw quotes the film when dealing with her own breakup from Mr. Big.