All too often, we hear another disheartening statistic about the lack of women in film. But before we have the chance to raise our pitchforks, we discover another awesome female filmmaker kicking ass and taking names, giving us hope for the future — and all is right in the world again. 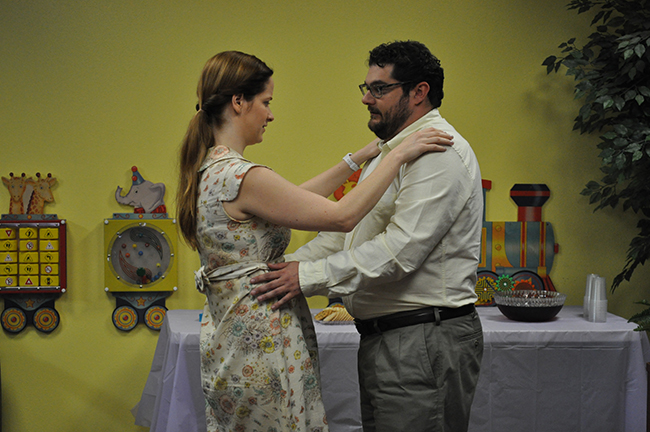 The film combines two ideas that Manashil had into one incredible script: A woman with limited relationship experience romanticizing the man she’s being pursued by (played by Bobby Moynihan), and a woman who tracks down a book’s previous owner based on notes scribbled in the margins. Bread and Butter, while loosely based on real life experience, isn’t autobiographical. Nonetheless, the film follows the story of a woman who, like Manashil, was a very late bloomer. Rather than shame the character for this, Manashil instead presents it as completely normal.

“I was a late bloomer — I mean, like, a super late bloomer — and I always attributed my late bloomer-ness to just inherent shyness and watching way too many romantic comedies as a young woman,” she tells HelloGiggles. “I think that romantic comedies create a certain level of, I don’t know, unhealthy expectation in whoever’s watching them — whether it’s a man or a woman or whoever. I don’t like the way they kind of warped my mind into expecting certain things in relationships.”

As she describes it, Bread and Butter is a “response film to romantic comedies” that subverts the meet-cute and other tropes found in your stereotypical, light-hearted film. For a story about a supposedly “innocent” protagonist, it’s actually quite dark and twisted. But the balance totally works.

“The basis for this meet-cute — like, her tracking him down, and her really liking that he’s like a character in a book — they’re all actually really dark things,” she tells us. “So it’s kind of a comment on [the idea that] nothing’s as perfect as what it seems: You might want a story, or you might want this perfect meeting, but there are other, underbelly issues involved.” 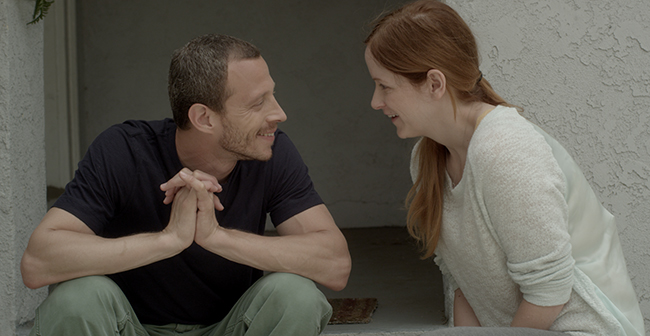 Most heartening, the film also offers a refreshing take on mental health issues. Bread and Butter approaches anxiety and depression with honesty and nuance, and shows the darker, less romantic side of dealing with mental health on a daily basis. One of Amelia’s main love interests, Leonard (played by Micah Hauptman), is open about his feelings of hopelessness in a way I found all too relatable. And Amelia’s shyness is perfectly contrasted (and therefore highlighted) by her best friend, Deirdre (played by Lauren Lapkus), who seemingly has her whole life together.

Overall, the film helps combat the major lack of movies focusing on “normal” women — and we’re totally in love. Of course, Manashil hopes that one day her film isn’t an exception, but the rule: While she’s quick to acknowledge that getting a film made isn’t the easiest task, she also says it’s important for women to remember it isn’t an impossible one, either.

“I’m a big time feminist,” she tells us. “Regardless of whether you’re a woman or a man, I think making a film is really terrifying. And maybe it’s terrifying for different reasons based on gender, but the best piece of advice I had was ‘just do it’ — which is pretty boring advice to give to someone else, but it’s really true.”

“Fear will completely paralyze you,” she continues. “The more you think about how you want to be a filmmaker or all these barriers — whether you’re a woman or not; whether you’re rich or you’re poor; whether you don’t have a script or any of these things — all of these barriers, if you start to think about them and obsess over them you’re not going to make any progress. The best thing you can do is to just go out there and start making things, and they’ll just get better and better.” 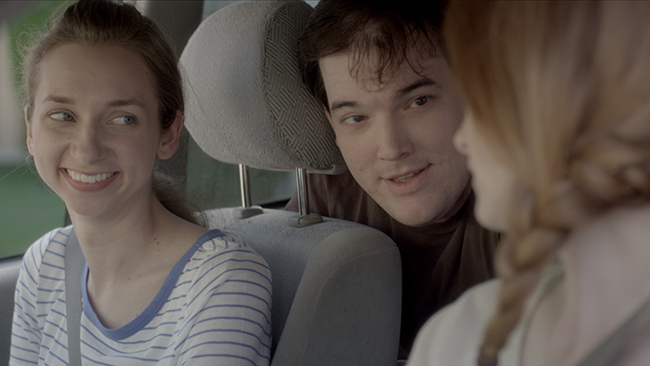 For Manashil, that meant holding herself accountable — and then forcing other people to hold her accountable, too.

“When I wanted to make Bread and Butter, I just started telling people that I was making a movie and then they started to believe me,” she tells us. “And then I had to make it.”

In the future, Manashil hopes to be that driving force for young female filmmakers, and even encouraged anyone reading this piece to reach out to her on social media for advice and encouragement.

“What I want to do in life is to support other women making film, and specifically low-budget, independent film,” she says. “Because I think filmmakers need to have control over their content and work with distributors who understand that.”

We think Bread and Butter is the perfect example of all the greatness that can come from just that. You can stream the film on iTunes, Amazon Instant Video, Google Play, Xbox, Sony Playstation, and Vudu; and follow Liz on Twitter here.

(Images via The Orchard/Bread and Butter.)