My legs stayed smooth for *weeks.*

As a dark-haired Jew whose hair is so thick that hairdressers routinely note how long it takes to blow dry, I’m no stranger to shaving, to say the least. In the summer, I shave my legs a few times a week, and even then, they only stay smooth for a day or so before the stubble starts to appear. I’m not into waxing (read: I’m terrified of the pain), so spending copious amounts of quality time with my razor has always felt like my only option when it comes to hairlessness. And then I discovered epilators.

Epilating, for those not familiar, is the process of removing hair from the root—unlike shaving, which only gets rid of hair above the skin. It’s similar to waxing in this sense, but the main difference is that it’s done via an electronic device (an epilator) instead of wax strips. Epilators have rotating heads with spinning tweezers that grasp and pull out multiple hairs at once, leaving your legs (or arms, or underarms, or bikini area) bump-free and smooth for weeks on end.

I’d heard about epilating in the past, but I’d never really considered trying it since the devices can be expensive (typically anywhere from $50 to over $200) and the process is said to be fairly painful. But when a friend got the Braun Silk-épil 9 Flex 9030 and raved to me about how much she loved it, I decided to give it a go. I ordered the same model, which, according to the brand, is the world’s first epilator with a fully flexible head, making for easier full-body hair removal. It also has an anti-slip handle (so it can easily be used in the shower), an exfoliation brush, attachments for shaving and trimming, and a pressure-sensing technology that tells you when you’re using too much. 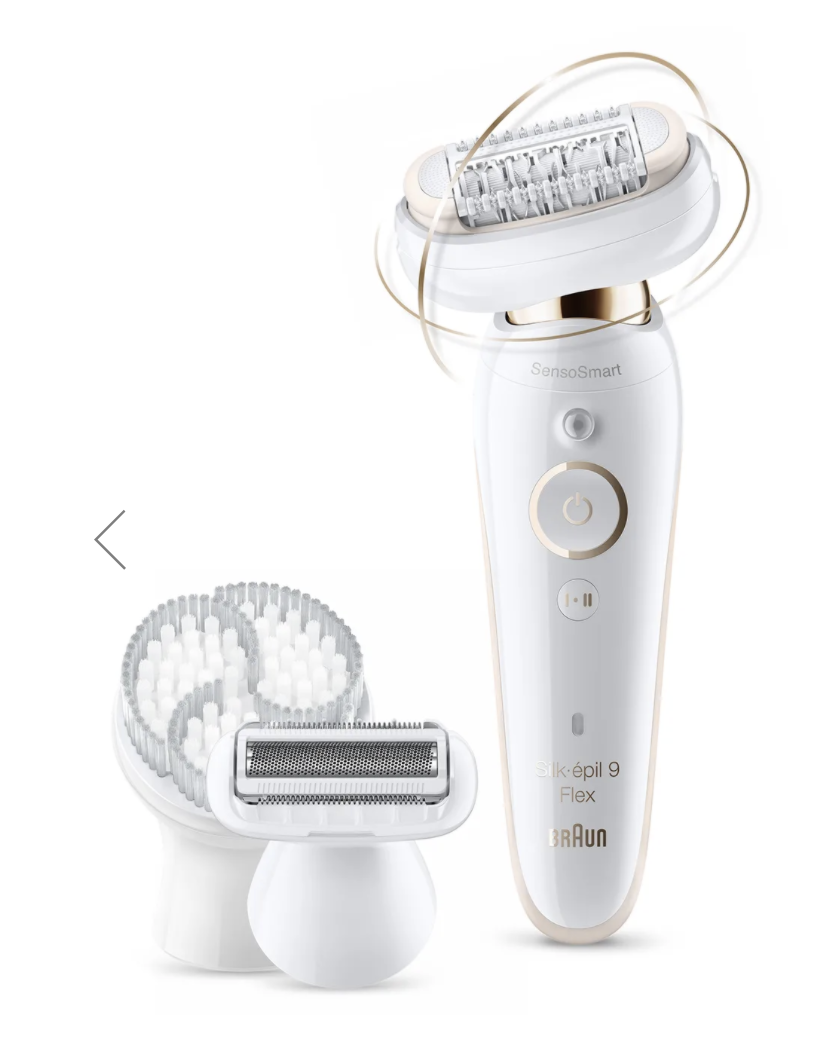 Thanks to my friend, I knew to shave my legs a few days before epilating for the first time so the hairs would be an optimal length, and I also knew to prepare myself for the pain she said was unavoidable at the beginning. However, I did not read the manual that came with the device, because it was nearly 20 pages long, and what could it really tell me that I couldn’t figure out on my own, anyway? Spoiler: a lot.

For one thing, I had no idea how loud the epilator was; the rotation of the tweezers makes a buzz that legit sounds like a lawnmower. For another, I didn’t realize until embarrassingly late that you have to epilate in the direction of the hair growth, not against it, and that your skin should be pulled taut while you do this. By the time I fixed my mistakes, I’d already spent 10 very confusing minutes in the shower not understanding why my fancy new device was causing me plenty of pain but no actual effects.

And yes, there was pain. That first time, epilating felt like I was tweezing every single hair out of my legs, which, well, I basically was. I didn’t dare try using the device on my armpits or bikini line, since I knew that would be even worse (and I also didn’t read the part in the manual where it mentioned using the shaver head for sensitive areas—whoops). But once I got past the discomfort, I found myself pretty pleased with the results of my first epilation. My legs were covered in irritated red bumps, but they went away after I put on lotion and waited a few hours. And the next day, my legs looked smoother than they had since before I hit puberty, probably.

I had heard that the results of epilating can last up to a month, but for me, it was a bit less than two weeks before I started seeing enough stubble to warrant another go. It was a little disappointing, but it was still a huge difference from normal, and the time I saved from not having to shave each day in the shower added up fast.

I still haven’t tried the epilator on my more sensitive areas (I’m working up to it, okay?), and I have to experiment a bit more with the shaving/trimmer heads and the exfoliator. But I can say with confidence that I’m officially an epilating convert. It might not be for everyone—the price is high, and although the pain lessens over time, it doesn’t go away completely—but in my book, at least, the ability to go weeks without grabbing a razor overshadows everything else.