I wished my husband would die—then it actually happened

When I married Olivier after moving to Paris and having a whirlwind romance, I couldn’t have imagined that it would end the way it did. I would have laughed at the mere suggestion that after ghosting me for three months, he’d leave me for his new “soulmate,” a 21-year-old, and ultimately that I’d become a widow. But after 20 short months of marriage, that’s exactly what happened.

From the beginning, our relationship wasn’t easy; Olivier was 13 years older than me and had two daughters from two previous relationships. He was also a born and raised Parisian and a hopeless romantic to his core, while I was a fast-talking, fast-walking New Yorker. I think that’s what drew us to each other—all the differences.

But after awhile, those differences became the problem. Olivier was content to work only a couple nights a week, singing covers at the cabaret where we first met, living on what little money that garnered. I, on the other hand, was proud of my career as a writer and couldn’t get enough of it—so much so that I actually worked during our honeymoon. I felt guilty when I didn’t work, but that didn’t seem to bother him.

At first, I thought I could give up my life in New York and be happy in near-poverty with the older, beautiful French man, but that wasn’t the case—I simply wasn’t cut out to be the breadwinner in a relationship that could never be equal. Had I been 21, I probably could have swung it, but I was 34 and had already learned from experience that you can’t turn daydreams into realities from the safety of your couch. As a result of mismatched expectations, the sparkles in my eyes for Olivier began to grow dull. Meanwhile, he began ignoring me and moved on to someone who saw him the way I used to.

I had never been cheated on before Olivier. I learned that the emotions that come with such a betrayal pick at you in ways you can’t even predict, and they can drive you to the brink of madness.

Some days I was heartbroken and distraught, my head in the toilet and unable to function. Other days I was grateful Olivier had moved on first, because I knew from experience I would have hung on far longer than I should have if he hadn’t.

But the emotion I felt more than anything was humiliation. Thinking of how I had nearly abandoning my friends and colleagues to start a life with him, only to be left for a younger woman, was embarrassing. And when I remembered how my closest friends and family flew to Paris for our reception, that feeling grew. My parents had footed the bill for the wedding—exchange rate and all—and some of my friends had put expenses on hold so they could fly to be there for us. But Olivier had never seemed to care what that meant; the financial burden had never registered with him. I was ashamed not just to have married someone who was from a different world than me, but who hadn’t even made an attempt to join the world I came from. Part of me also felt embarrassed that our marriage didn’t work out, despite promising everyone around me, especially those who had doubts, that it would. 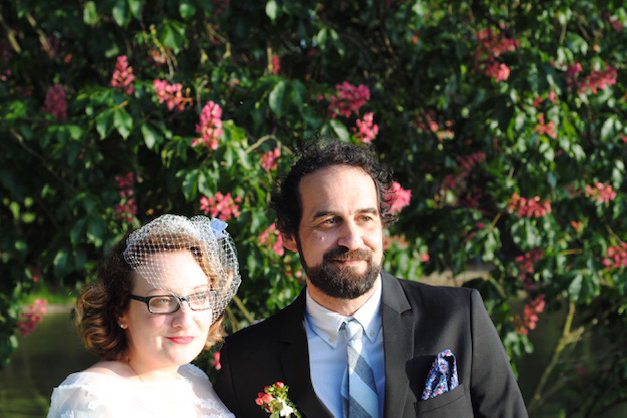 I felt indebted to the most important people in my life, and because of the feelings that stirred in me, I wasn’t going to let Olivier off easy—I was going to divorce him and take him for every cent he didn’t have, and then I was going to make sure every day of his life was a reminder of what he had done to me. I wanted him to atone for being unfaithful in a way he felt no compulsion to actually do.

The hatred I had inside me was something I’d never experienced before. It terrified me that even though I was a relatively laid back person, I could be so consumed with rage. Olivier claiming I was jealous of his new girlfriendenraged me more—I felt it in the depths of my being. When the pain stung the most, I’d find myself on my knees praying to a God I didn’t believe in that Olivier would drop dead. As far as I was concerned, he didn’t deserve to continue breathing, while I sat alone in my apartment in the mess he had created. He didn’t deserve to move on and forget me before I was able to forget him. He didn’t deserve happiness, love, or life.

Then he died. For real.

On Friday July 7, 2017, I got a call that Olivier had suffered a heart attack shortly after midnight.

The man who I had wished dead, who I’d gone above and beyond to make miserable, was actually gone.

I couldn’t help but feel responsible. After all, I had been the one praying to anyone who would listen that he’d die. Now he had, and I felt like I was losing my mind—had some deity been listening and agreed he should be punished for what he’d done to me? It seems absurd, but how else could this have happened? How could a 50-year-old die of a heart attack, especially a man from a country with one of the lowest rates of heart disease in the world? It didn’t make sense.

I also felt a sense of guilt because from the second I found out that Olivier had cheated, I had gone out of my way to cause him stress. Not a day would pass that I wouldn’t email him about something trivial, just to get a rise out of him. I left messages on his voicemail about the amount of money my divorce attorney said I was entitled to, fully knowing it would take him multiple lifetimes to pay it. So when he did die, I wondered if all the stress I intentionally caused had contributed to his death.

I struggled for a long time. I talked about it incessantly with my therapist, friends, and family, all of whom assured me that while I may not have made things easy for Olivier, I wasn’t the one who killed him. There were a lot of real factors that could have contributed to it—not only did his father die the same way, but he was a life-long smoker who had a fear of doctors and dentists. I had to remind myself of these things for months before I could finally look myself in the mirror and say out loud, “It was just his time.” I had to make peace with it, just as much as I had to make amends with Olivier a few months before he died.

Similar to realizing that I’d never be able to forgive him for cheating so I should let the rage go, I had to stop blaming myself and let my guilt over his death go, too. I couldn’t undo the past, or try to fight something that was out of my hands. When I was trying to move forward, I kept thinking about a Joan Didion quote from The Year of Magical Thinking: “I know that if we are to live with ourselves there comes a point at which we must relinquish the dead, let them go, keep them dead.” So that’s what I did. I didn’t have the energy to fight what was out of my control anymore, and I didn’t have the energy to blame myself anymore.

So I did the only thing I could do: I relinquished him.

I was in Spain when Olivier died. I had plans to go to Paris the following week, and we had talked about getting lunch on that Thursday. But, instead, he was buried that day in a cemetery just outside Paris. I didn’t attend his funeral; I may have still been his wife, by legal terms, but my presence wasn’t welcome. And besides, I didn’t need to go to the funeral to say goodbye—I said my goodbye to him in my own way, instead.

It has been almost three years since Olivier died, and not a day goes by that I don’t think of him. Every day manages to present me with a reminder of the man I once loved and despite how it ended, I’m able to think of him fondly. While I know, with time, the grief will hurt less and less, I’ve accepted that it will never go completely away. It was Olivier’s time to go, and trying to make sense of it will get me nowhere. Acceptance is all I have.