The medical procedure that “The Blacklist” blacklisted

The Blacklist is nothing if not an exercise in suspension of disbelief. New FBI agent is drafted into an elite “task force” operating out of an abandoned D.C. post office at the behest of a most wanted criminal mastermind who also happens to be said agent’s possible father. This unlikely premise catalyzes a string of episodic adventures only tenuously held together by a flimsy filial mystery* and endearing secondary characters (thanks for existing, Aram). As ridiculous as the show can be, it usually maintains a grasp on its version of reality. But a recent plot twist placing lead character Elizabeth Keen (Megan Boone) in a parenting predicament blew a hole in the fourth wall and reversed the already halting narrative conveyor belt. 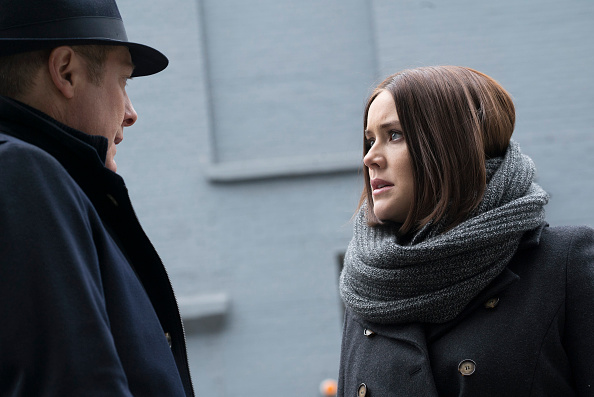 Female television characters all too often fall victim to hyper-fertility when they engage in spontaneous intercourse, especially if it’s with an untrustworthy former lover. The subsequent contortions these characters perform to become eager parents are nothing short of impressive. That Megan Boone’s real-life pregnancy inspired the writers to craft an implausible storyline for Elizabeth is beside the point. The character’s ambivalence toward adopting a child in season one was due to the dangerous nature of her career, which had quickly come to dominate her life. Yet after the shock of finding herself pregnant by her (fake) ex-husband, Elizabeth spends exactly one episode in tearful contemplation before calling an adoption agency. Perceptive viewers will note that this decision still exposes the baby to the occupational hazards of her life, if only for nine months or so.

Notably absent from Elizabeth’s calculus is abortion. It’s not that it would be in character for her to elect an abortion, but it’s difficult to believe that this character wouldn’t even consider it.

TV characters who find themselves unexpectedly pregnant typically opt to have — and keep — the baby if they don’t miscarry. If a character does contemplate abortion it’s often in euphemistic terms. According to a 2014 UC San Francisco study, these characters are also “younger, whiter, of high socioeconomic status […] than their real life counterparts.” While Scandal included an empowering abortion storyline last year, the word itself wasn’t uttered. Abortion has been featured on TV more prominently in recent years, notably on Girls, but the taboo remains strong on network television. When the go-to example involves Bea Arthur’s first starring turn on the small screen in 1972, you know it’s been a long time since we’ve come a long way.

In a recent interview with Entertainment Weekly, executive producer Jon Bokenkamp revealed that they had considered having Elizabeth “carrying a lot of moving boxes and standing behind lamps and stuff,” but decided instead to use the baby sub-plot as an opportunity to further explore the show’s preoccupation with Elizabeth’s origins. Voila! Character development as dictated by thematic concerns, real-world biological circumstances, and a less than enthusiastic prop department. Even if we go along with that, the abortion elision is nevertheless a curious one in the context of the show. When sharing her predicament with the man who helped her get into it, Elizabeth characterized her life as “so filled with violence and anger and hatred and death. How can I bring a child into that world?” 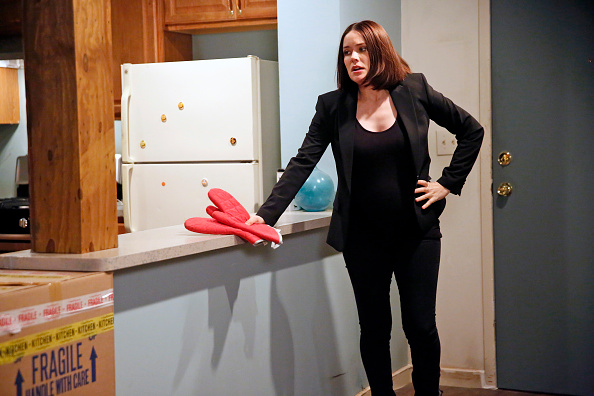 Luckily, Raymond Reddington (James Spader) is never short on unsolicited advice. During a graver-than-usual conversation, Reddington intimates that he and Elizabeth are not even close to being free of their criminal entanglements, and “the addition of a child will make that infinitely more difficult.” His ominous speech is arguably an allusion to abortion, although the ambiguity of his language allows the show’s creators to maintain plausible deniability. That the allusion comes from such an ethically suspect character makes the show’s stance on the morality of the medical procedure almost as clear as the crystal from which Reddington drinks. Yet even Reddington doesn’t linger at the procedure’s precipice. No sooner does he seemingly advocate for abortion than he backpedals, charming Elizabeth with the story of how her initially reluctant mother became a grateful one. And Elizabeth seems to be following in those footsteps.

When Elizabeth learned that an open adoption was unlikely due to her recent stint as a fugitive, her devastation illustrated the tension between her desire to be a parent and her aversion to introducing a child to mortal peril. Thursday night’s episode, “Lady Ambrosia,” upped the adoption ante with a criminal case involving a Pied Piper-esque villainess and parents who don’t deserve the children they’re trying to offload. When she wasn’t busy babysitting one of the liberated victims, Elizabeth found a family willing to move forward with an open adoption. But her tendency to grant undue credence to the very men who’ve made her life so volatile (Reddington and the father of her baby) caused Elizabeth to entertain second thoughts. By episode’s end, she seemed to have fallen in line with the predictable network television trope of deciding to keep and raise her unplanned baby.

The point is, television is behind the times on the issue of abortion. Yes, it is political, yes it is difficult, but it is also real; and regardless of opinion, abortions do happen. Wouldn’t it be refreshing for a woman on television to grapple with the very difficult question that so many women grapple with in real life?

* The biggest mystery of all is how Reddington’s penchant for non sequitur monologues has yet to inspire one of the countless dangerous criminals he encounters to shoot him where he rhapsodizes.