While there’s no doubt that many of us are plotting out dope outfits that will do the absolute most for Black Panther‘s February 16th release, the attendees of the film’s Hollywood premiere got a head start in serving up looks that were royal AF. Attendees were told to adhere to a dress code of “royal attire,” and the actors, actresses, and other power players who hit the purple carpet showed up serving African royalty realness.

Stars like Angela Bassett, Issa Rae, and Chadwick Bosman, who plays the film’s titular character, arrived at Hollywood’s Dolby Theatre to celebrate Marvel’s first film that features a Black superhero, and donned looks that were a celebration of Blackness.

Unlike the usual minimalist designs in traditional colors and silhouettes that we’re used to seeing on award shows and movie red carpets, Black Panther‘s purple carpet was awash with color, print, and moisturized melanin, and no one served up more style than the Black women who attended the premiere.

Here are some of our favorite looks from the Hollywood premiere. 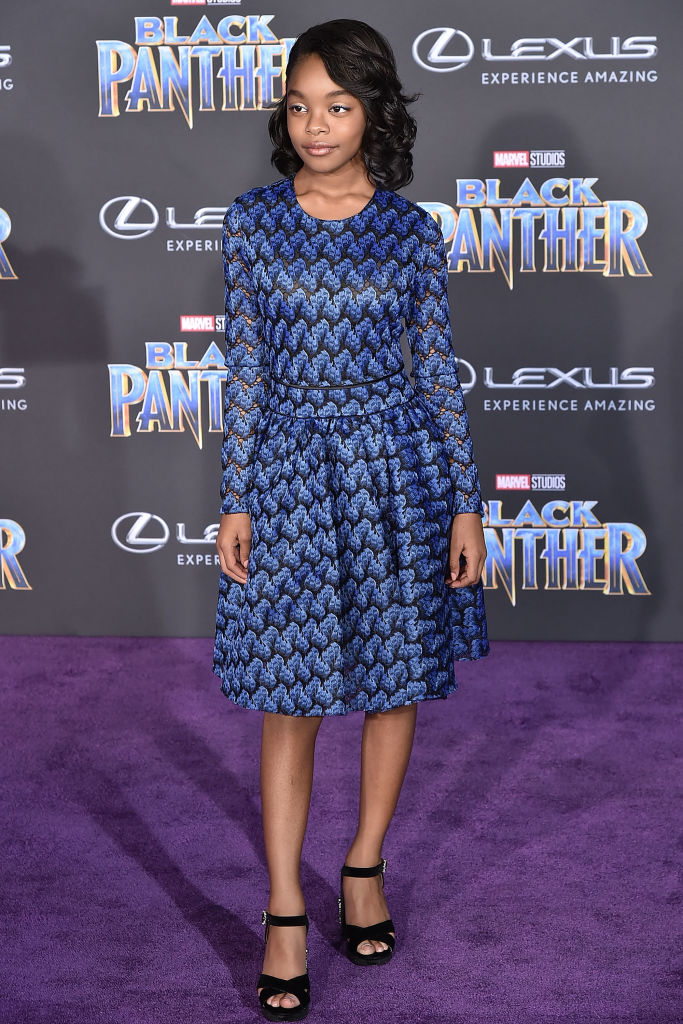 This purple carpet was everything, and now we’re even more excited to see the film.