Whoa, this purse is a better investment than gold and stocks

We all love to use the phrase “It’s an investment!” when it comes to a pricey fashion purchase. For most of us, it’s our way of justifying our purchases, but it turns out it’s actually true, at least for one purse in particular. Baghunter, an online platform for resale luxury handbags, recently released a study that proves the iconic Hermes Birkin bag has a much more valuable return than other handbags — and a more valuable return than stocks and gold.

That’s right, owning a Birkin bag has a better return on value than owning actual bars of gold.

The study compares three different types of investments: the S&P 500, gold, and Hermès Birkin Handbags. The Birkin bag, named for actress and fashion It Girl Jane Birkin, was first released in 1984. Since then, the Birkin has increased in value by more than 500 percent. Part of Baghunter’s basis for comparison shows tha, unlike the S&P 500 and gold, which can have good and bad year depending on the economy, the value of Birkin handbags has never decreased. On the other hand, even in a recession, a Birkin’s price doesn’t change.

This is awesome if you have a couple of Birkins hanging out in your closet that you might want to resell. If, like most of us, you don’t, it doesn’t mean you should run right out and buy one unless you absolutely love the bag. Resale conditions for purses usually require that the purse be in pristine condition, and as Purseblog points out, Baghunter’s study doesn’t mention any adjustment for the condition of the bag.

There are only a relatively small amount of Birkins that are produced, which is part of what keeps the bags desirable. The scarcity keeps their value at a maximum, and Baghunter predicts that the value of the iconic Hermès Birkin will double in ten years. If you decide to invest in one and manage to get your hands on it, the Birkin bag makes a great future family heirloom. 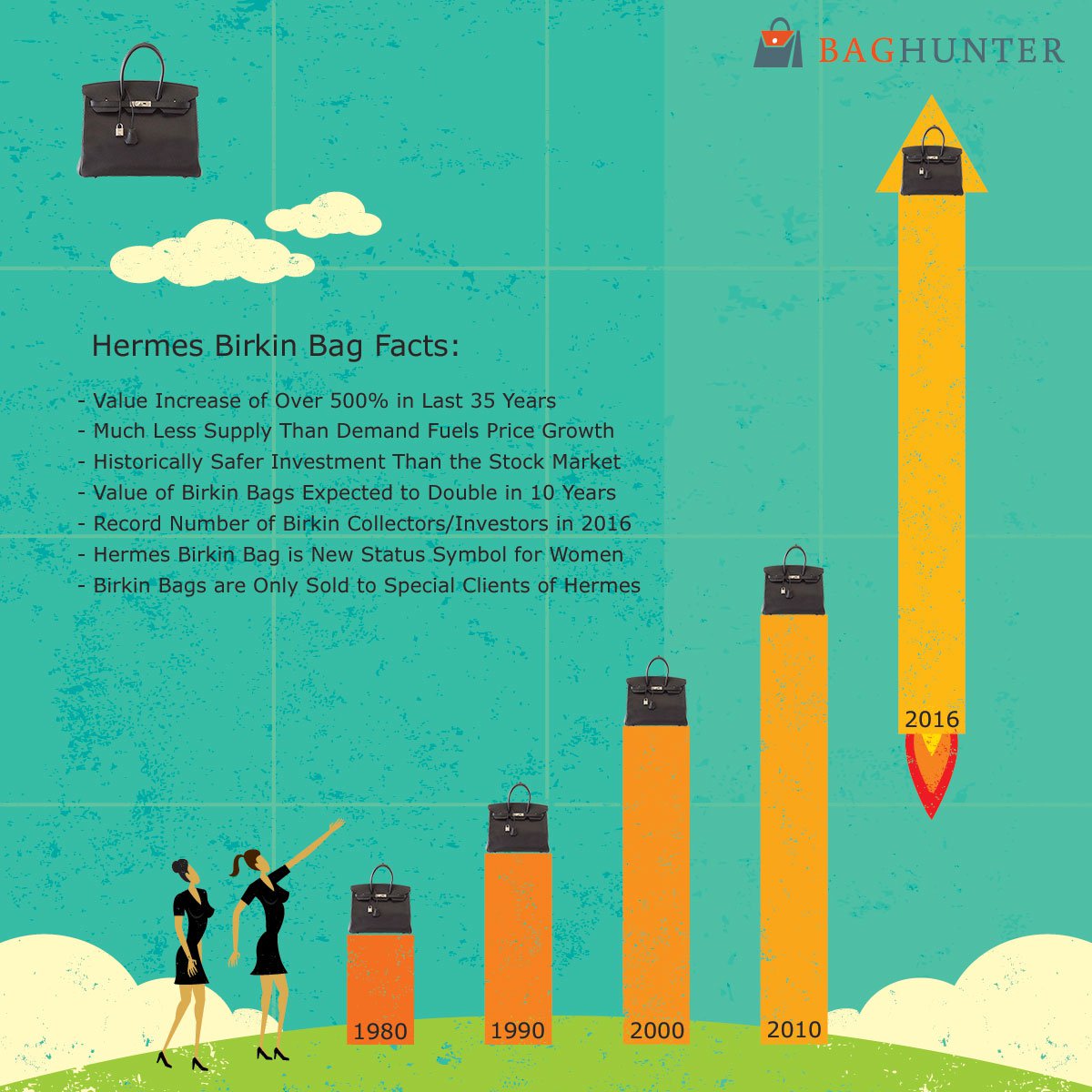 (Images via Hermès and Baghunter)