This is the moment Billy Porter says changed his entire life

Billy Porter is someone you call “one of a kind” and really mean it. You hear his voice, and you know it’s him. You see a fabulous hat coming down a red carpet, and you assume he’s the one who’s wearing it. He’s truly the only Billy Porter out there, and he consciously makes it that way. Porter has been “the first” many times: the first openly gay black man to be nominated for and win an Emmy Award; the first man to play the iconic character of The Fairy Godmother in Cinderella; the first man to steal the spotlight on the Oscars red carpet by wearing a gown. 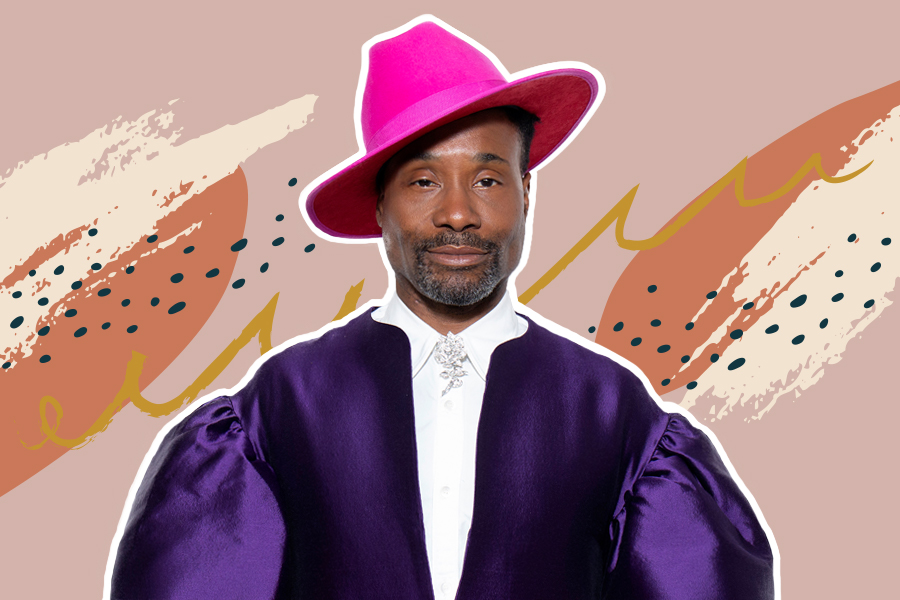 With all of these firsts, Porter paves the way for the second, third, fourth, and everyone following. He makes things possible for others.

This first Tuesday of December, Porter is paving the way for something else: giving back. The actor has partnered with PayPal for its 8th year of participating in Giving Tuesday, a global day of giving to those in need. This year, PayPal is expanding Giving Tuesday to all of the Tuesdays throughout the giving season, and is hoping to ignite a movement throughout the entire year by doing so. Whatever amount you choose to donate, PayPal will match 10% of your donation. Through this partnership with PayPal, participating in Giving Tuesday, Porter is truly making things possible for people yet again. 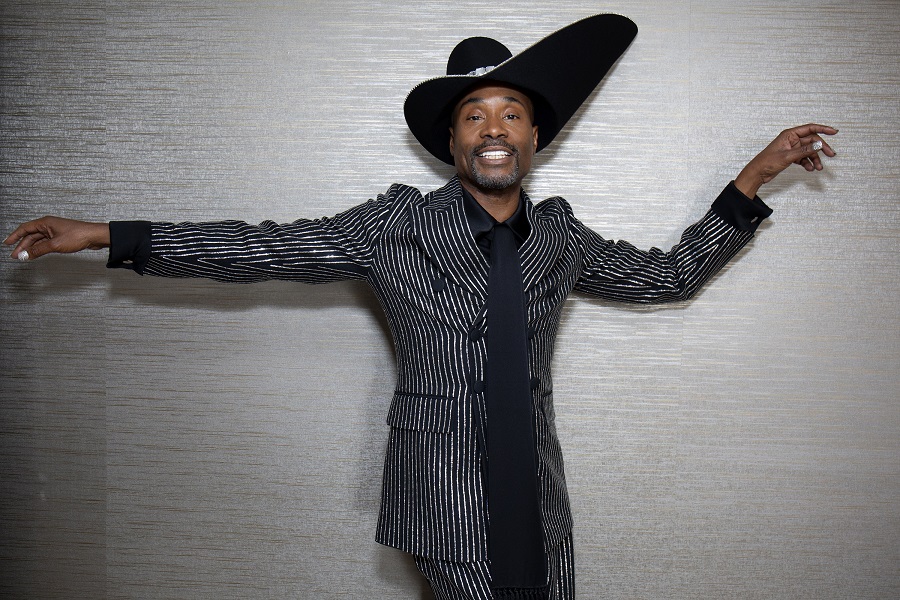 The moment that made anything possible for Porter himself? Perhaps one the most groundbreaking moments in red carpet history: When he stepped onto the 2019 Oscars red carpet wearing a tuxedo gown, beautifully blending masculinity and femininity. From that night on, Porter’s life would never be the same. 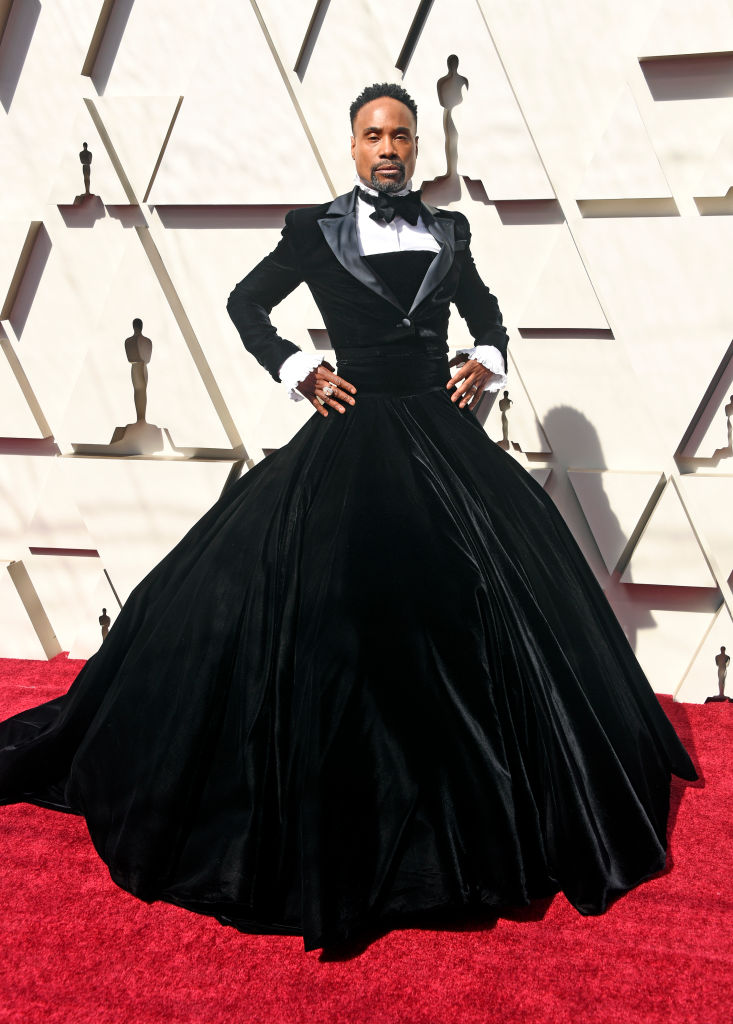 Porter is no stranger to standing out on the red carpet. Aside from his Oscars gown, his Met Gala look—or shall we say, performance—will go down as one of the most legendary moments to ever grace the Met steps. Although his red carpet looks are always impressive, Porter’s approach to them is simple.

Porter has worked with a stylist, Sam Ratelle, for about a year and a half now, and trusts that Ratelle knows him well.

Well, mission accomplished. Each time Porter makes an appearance on the red carpet, we’re wowed. His fashion sense is fun, joyful, and original. When asked to describe his personal style, Porter paused before responding with the perfect one-sentence summation.

“Free of the gender binary shackles that bind us all.”

We couldn’t have said it better ourselves. 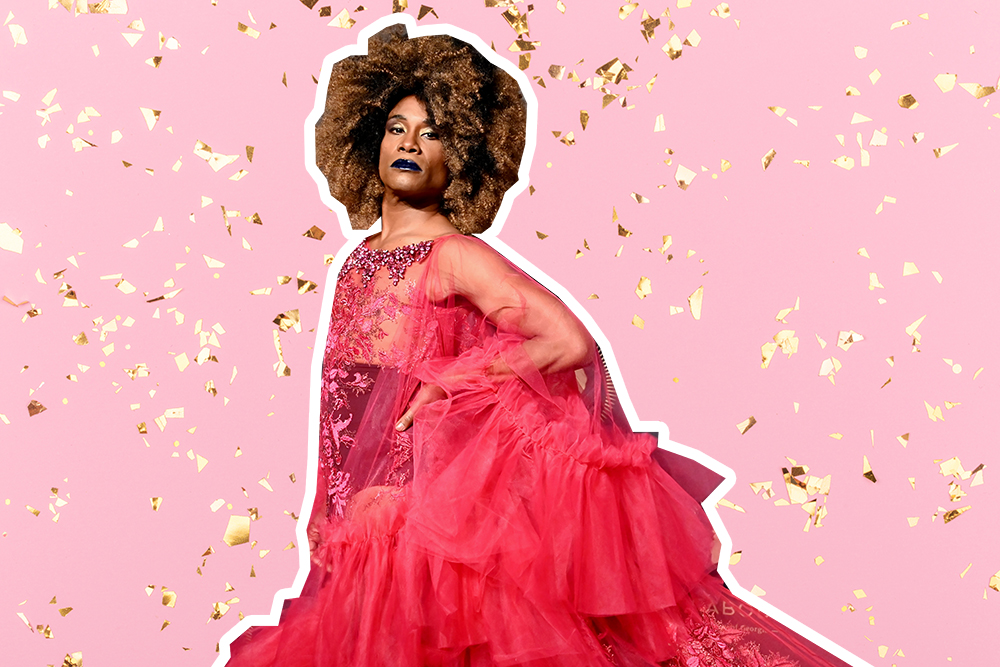 Fashion isn’t the only arena where Porter is free of gender binary shackles. He was recently cast as the fairy godmother in Sony’s upcoming live-action Cinderella film, marking the first man to take on this iconically maternal role. Porter calls it “the Whitney Houston part,” referring to the 1997 remake. He describes the upcoming version in which he stars alongside Camila Cabello and Idina Menzel as “a fairy tale for a modern audience.”

We can’t wait to get to know Porter’s version of the Fairy Godmother. His plan for the role? “I hope that I can be fabulous and grand and amazing. That’s all I know.”

If we know one thing, it’s that Billy Porter is always fabulous, grand, and amazing. We doubt that will change any time soon.