For decades, the name Carrie Fisher has been synonymous with several things: script-doctor, hilarious memoirist, and most notably, Star Wars. However, Carrie Fisher was also “Mom” to daughter Billie Lourd, who, in a November 7th op-ed for Time, describes what it was like growing up with three parents: “a mom, a dad and Princess Leia.” Reflecting on the experience of growing up as the daughter of sci-fi fandom royalty, Lourd shares her earliest memories of her mother and the first time she discovered who Princess Leia was—and how she didn’t like her one bit. 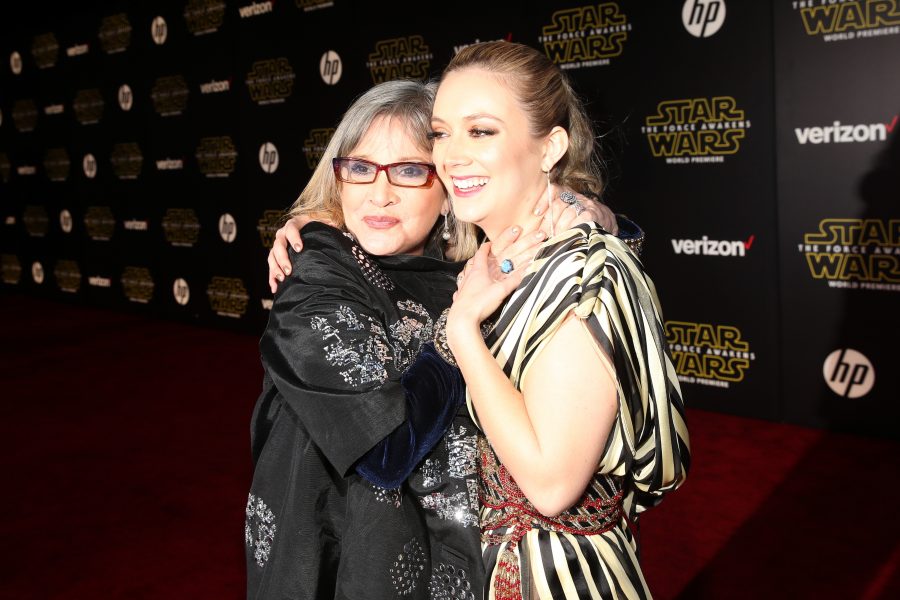 She added that when Fisher was portraying Leia, “there wasn’t as much room for my mom.” It took her years and a trip to Comic-Con to wrap her head around how much of a cultural icon her mother was, and it took just as long to see her impact as “magical” rather than intrusive.

Lourd, of American Horror Story fame, is an actress in her own right, despite her mother urging her to stay out of Hollywood. “Growing up, my parents treated film sets like a house full of people with the flu: they kept me away from them at all costs,” she wrote. However, when Lourd scored the role of Lieutenant Connix in Star Wars: The Force Awakens, Fisher changed her tune.

"My mom was telling me I should act—my mom? The lady who spent my entire life convincing me acting was the last thing I should do? It couldn’t be true," she wrote, recalling that her mother pointed out how comfortable Lourd was on set. "But it was."

“I haven’t had many moments like this in my life—those aha moments everyone talks about,” she continued. “This was my first real one. My mom wanted me to be an actress. That was when I realized I had to give it a shot.”

Fisher passed away in December 2016, but her legacy lives on: not only in Lourd, but also in the newest Star Wars film that brings the Skywalker Saga to a close.

"I grew up with three parents: a mom, a dad and Princess Leia," Lourd reprised. "Initially, Princess Leia was kind of like my stepmom. Now she’s my guardian angel. And I’m her keeper."

Rise of Skywalker will hit theaters December 20th, and stars both Fisher as Leia and her daughter as Connix.