Beyoncé came to slay! The “Sorry” hitmaker is already stealing the spotlight and the MTV VMAs haven’t even started yet. Naturally, Queen Bey showed up with her clique of girlbosses and all we can say is #SquadGoals.

Many of the women and girls featured in Beyoncé’s visual album Lemonade stood by the singer’s side and the photos are beyond powerful. Quvenzhané Wallis, Chloe and Halle Bailey, Ava Clarke and Winnie Harlow all joined Queen Bey on the blue carpet. 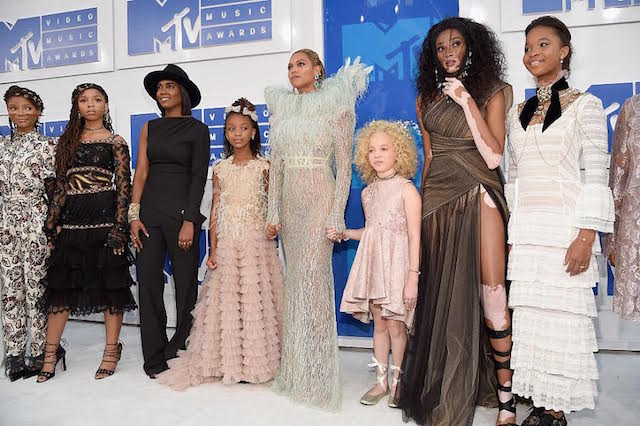 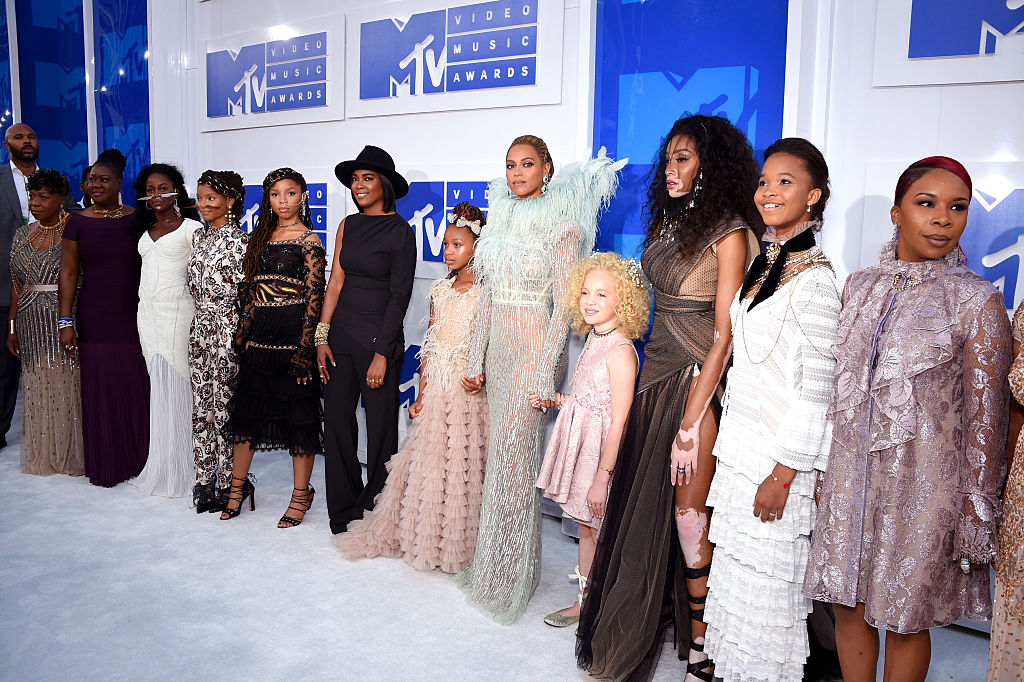 Model Winnie Harlow in particular stood out with her striking black and nude gown, and seemed to be having a blast! 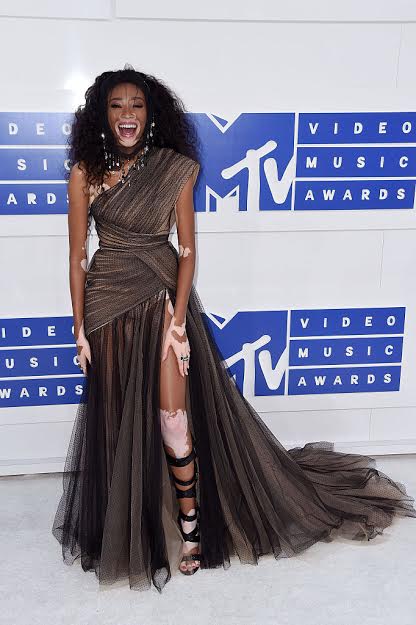 Leave it up to Bey to make our jaws drop. Ahead of the red carpet arrivals, MTV officially announced that the “Single Ladies” superstar would be performing at the star–studded event.

The hitmaker has a lot of pressure tonight, considering she has outdone herself every time she performs at the VMAs. Who could forget her iconic “Feminist” message slapped across the screen as she rocked her hits like “Flawless” and “Who Run The World (Girls).” 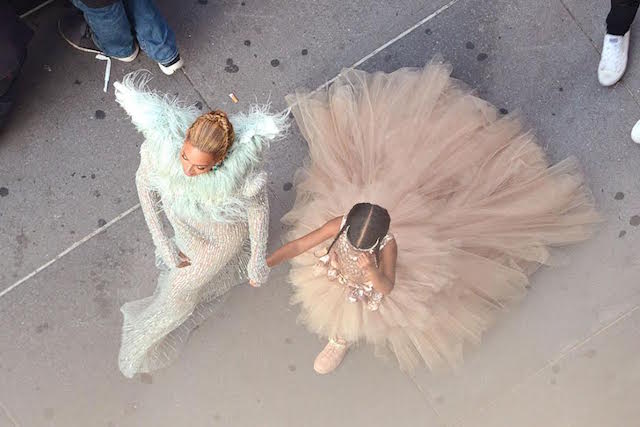 If the “Hold Up” singer brings her squad on stage while performing her hit songs on Lemonade, we will probably shed so many tears. That album, the fashion, the girl power, it gives us life.

Beyoncé is nominated for 11 VMAs this year and if her grand entrance on the white carpet is any indication of how tonight will go, then we can’t wait to see what tricks she has up her sleeve on the stage tonight.