The 10 Best New Books You Should Read in February

From 'The Bad Muslim Discount' to 'A Pho Love Story.'

I have a hard time getting excited about February. Somehow, the shortest month of the year feels like the longest by a mile. Maybe it’s the freezing cold weather that feels never-ending or the ever-so-slight glimmer of hope that spring is almost just around the corner. Whatever the reason, I fill the void by reading. (Bridgerton books, anyone?)

Catch me waiting out the rest of winter under a massive pile of blankets next to an equally massive pile of February 2021 books. Join me, won’t you? Virtually, of course. If you need some shelf inspo, here are the 10 best new books to read in February. 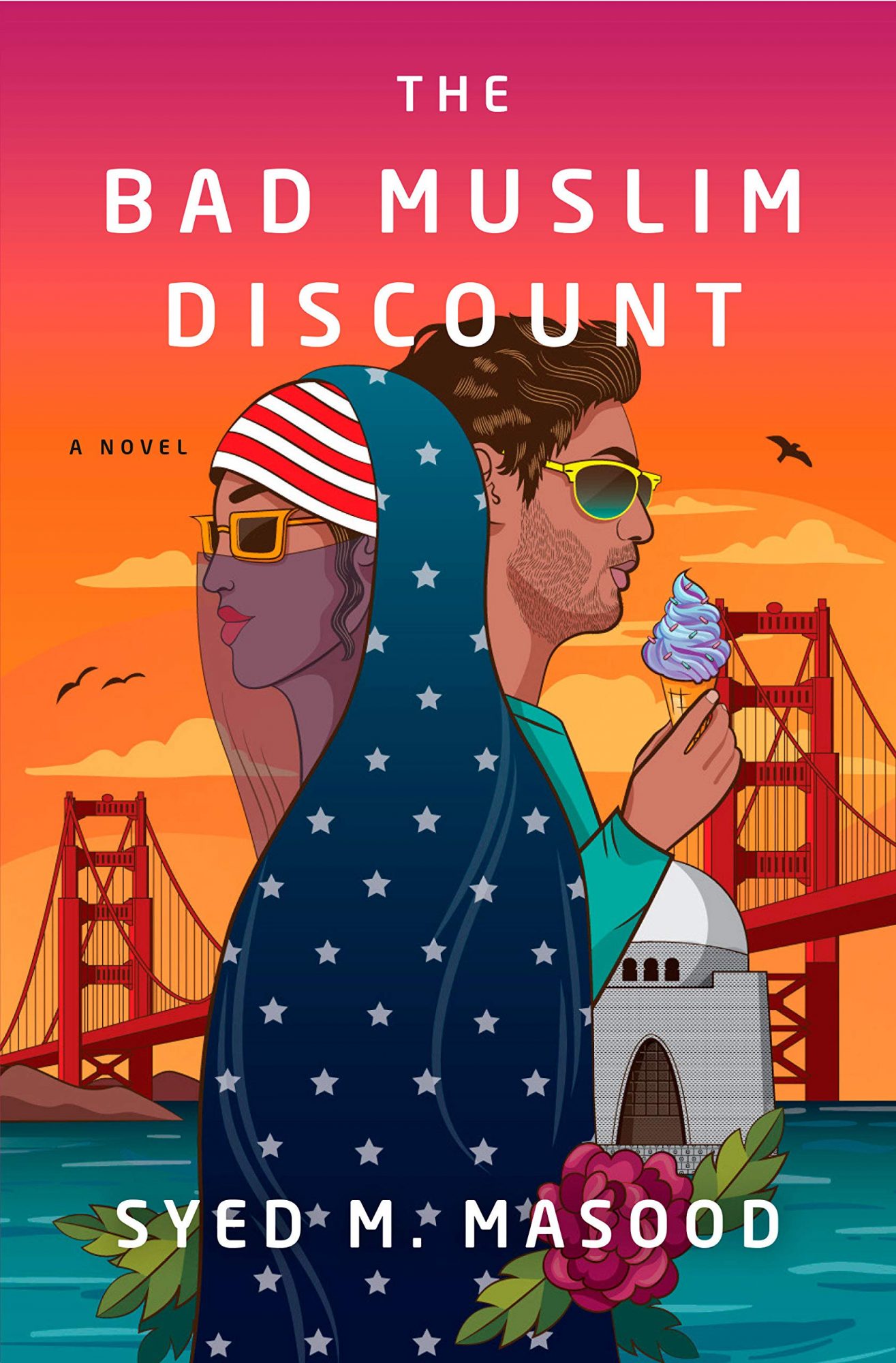 Anvar and Safwa leave their home countries of Pakistan and Afghanistan under different circumstances. Anvar’s family moves to California for a fresh start and a chance at a better life, while Safwa runs from the Taliban and enters illegally. Set in the ’90s, this engaging novel about identity and belonging is compelling from cover to cover. 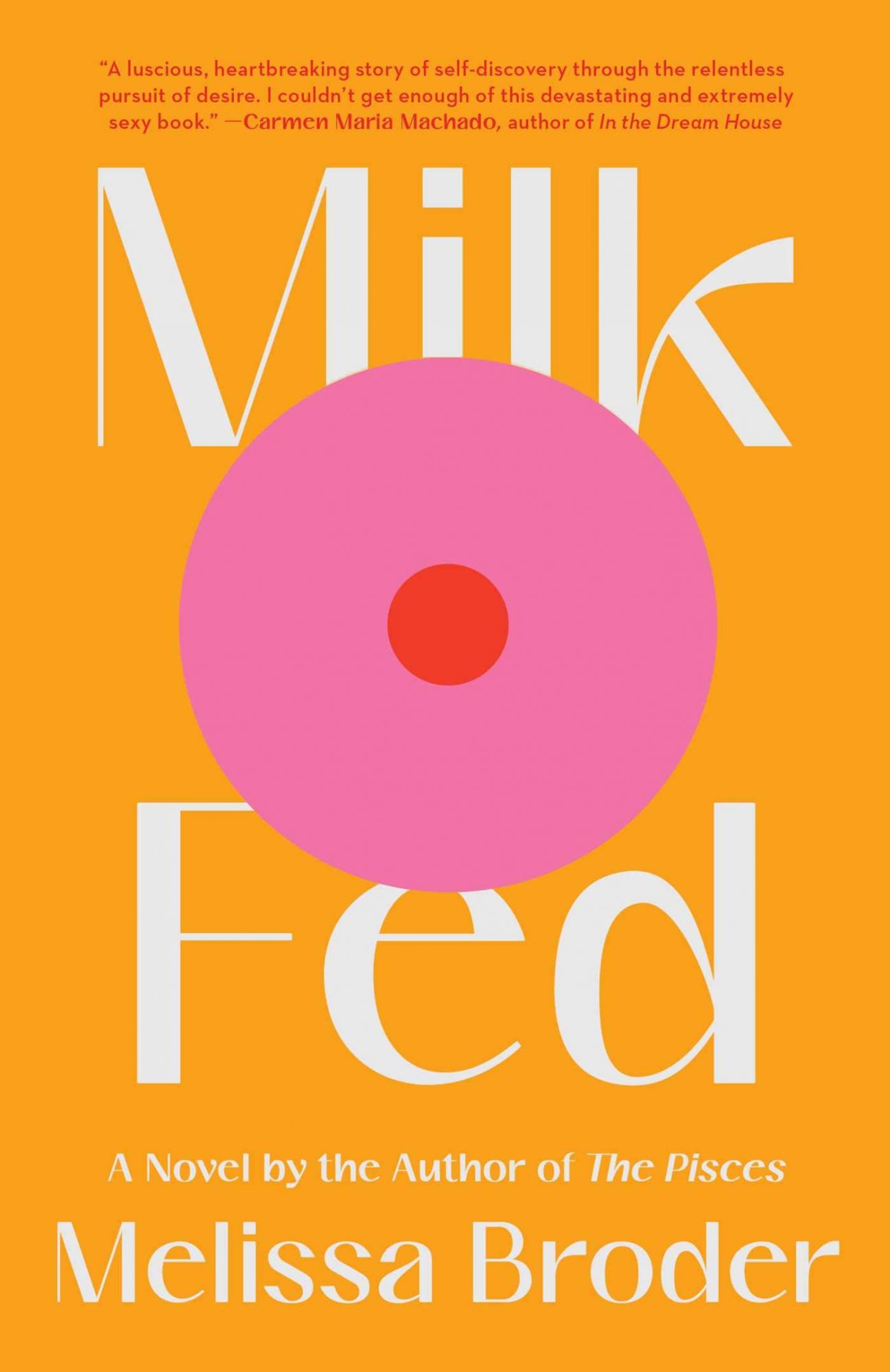 If you liked The Pisces, you’ll love the imaginative, sensual world of Milk Fed. It’s about Rachel, a young woman obsessed with counting calories—which she learned from her mother as a child. At the advice of her therapist, she takes a 90-day detox from her mother and cuts off their communication. During her detox, she meets Miriam, a young woman who takes it upon herself to feed Rachel physically, emotionally, and spiritually.

3. Do Better: Spiritual Activism for Fighting and Healing from White Supremacy by Rachel Ricketts, out February 2nd. 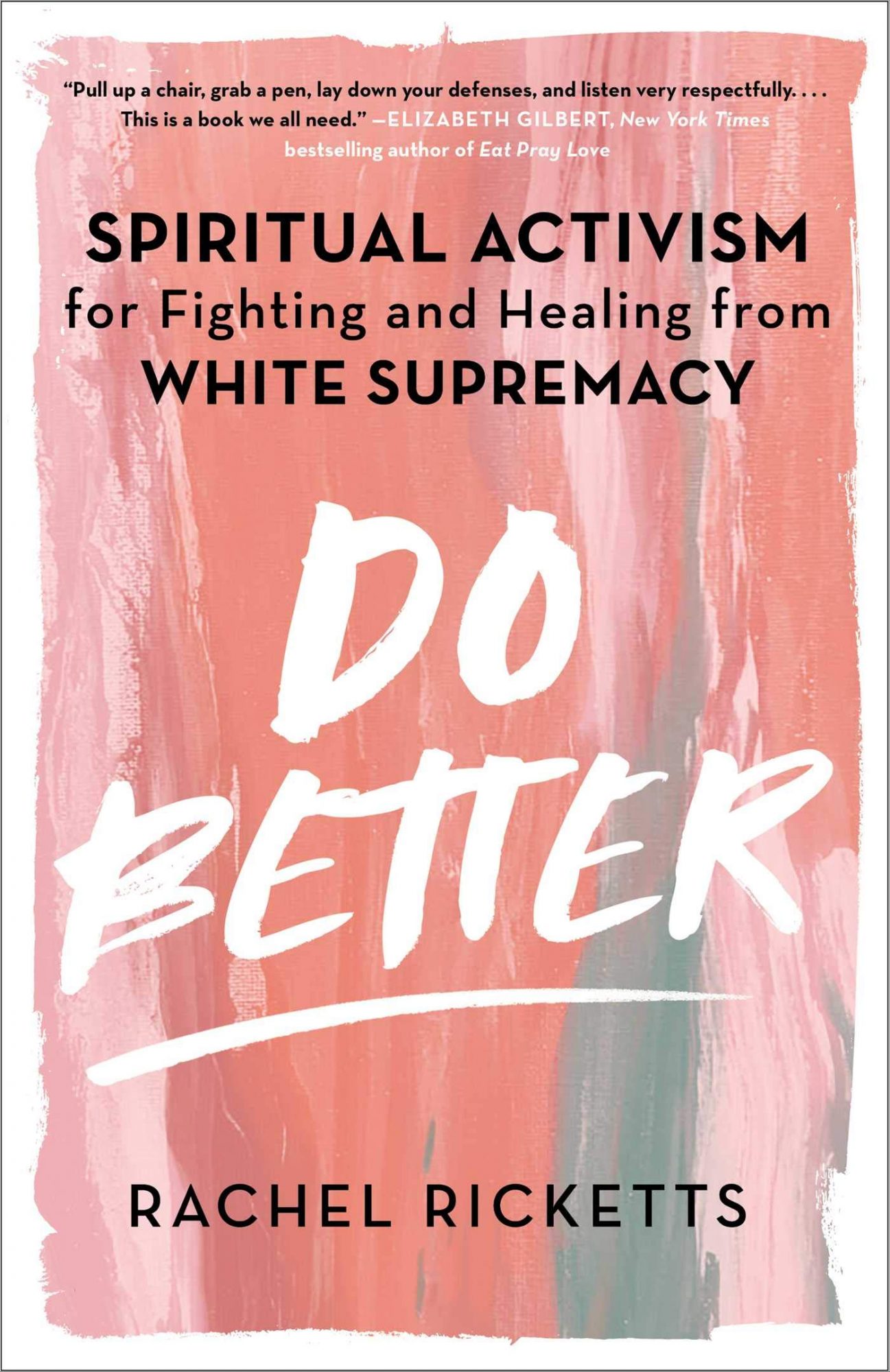 Anti-racist reading lists are not a trend; they’re necessary tools that help us unpack our privilege and fight white supremacy. Do you want to keep standing up for what’s right, but aren’t sure what to do or how to stay active? That’s okay—start here. Do Better is an actionable guidebook with advice, activities, guided meditations, journaling prompts, and more that will help you make real, lasting change.

4. How the One-Armed Sister Sweeps Her House by Cherie Jones, out February 2nd. 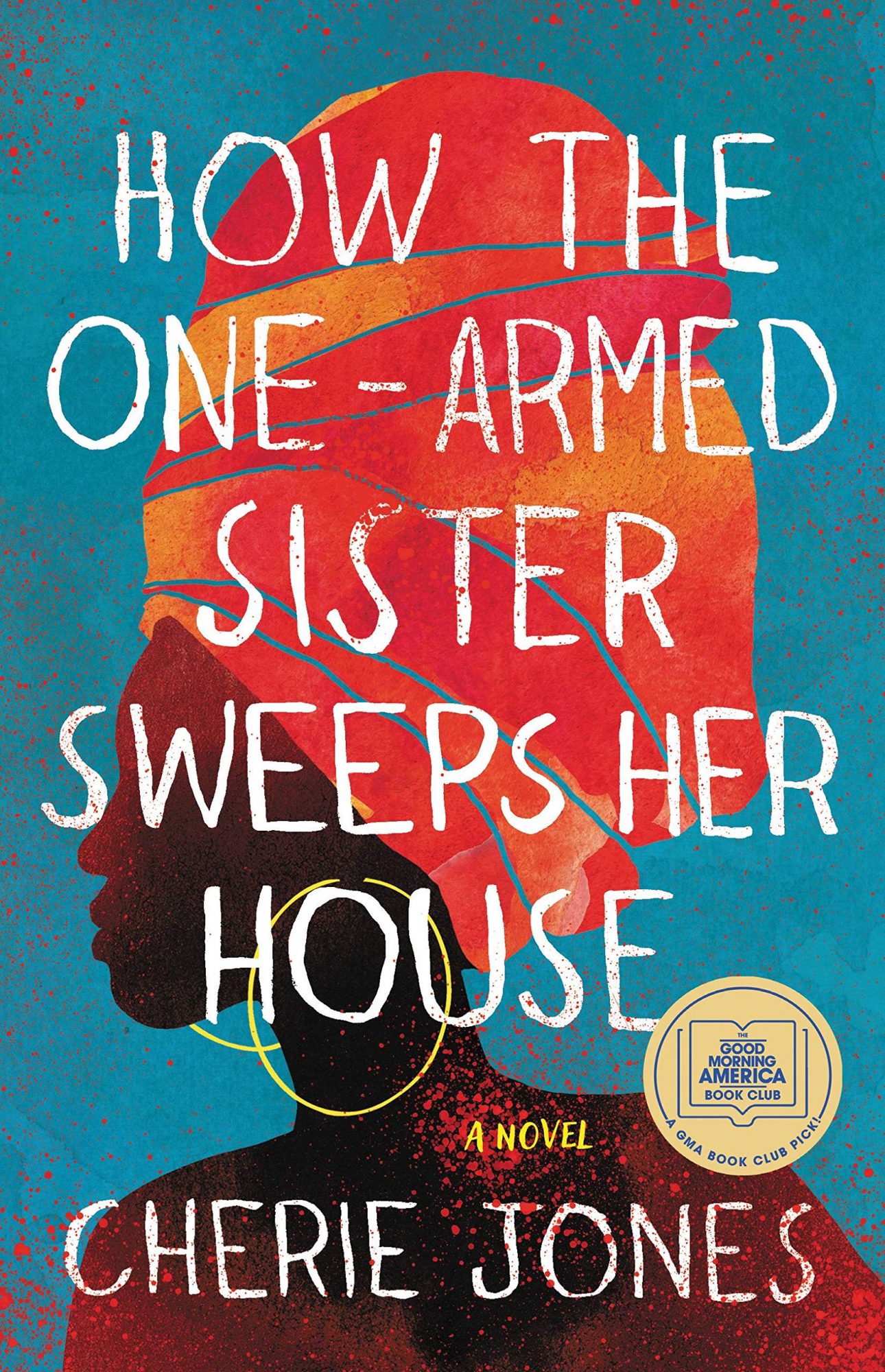 How the One-Armed Sister Sweeps Her House is set in a small beach town in Barbados and will make you question what paradise really is. When Lala, a local, goes into labor, her husband is mysteriously MIA. The next day, a rich tourist is found dead. The novel unfolds slowly through multiple perspectives to tell the story of what happened in the events leading up to that night. Don’t miss this powerful, emotional novel about tragedy and survival.

5. The Kindest Lie by Nancy Johnson, out February 2nd. 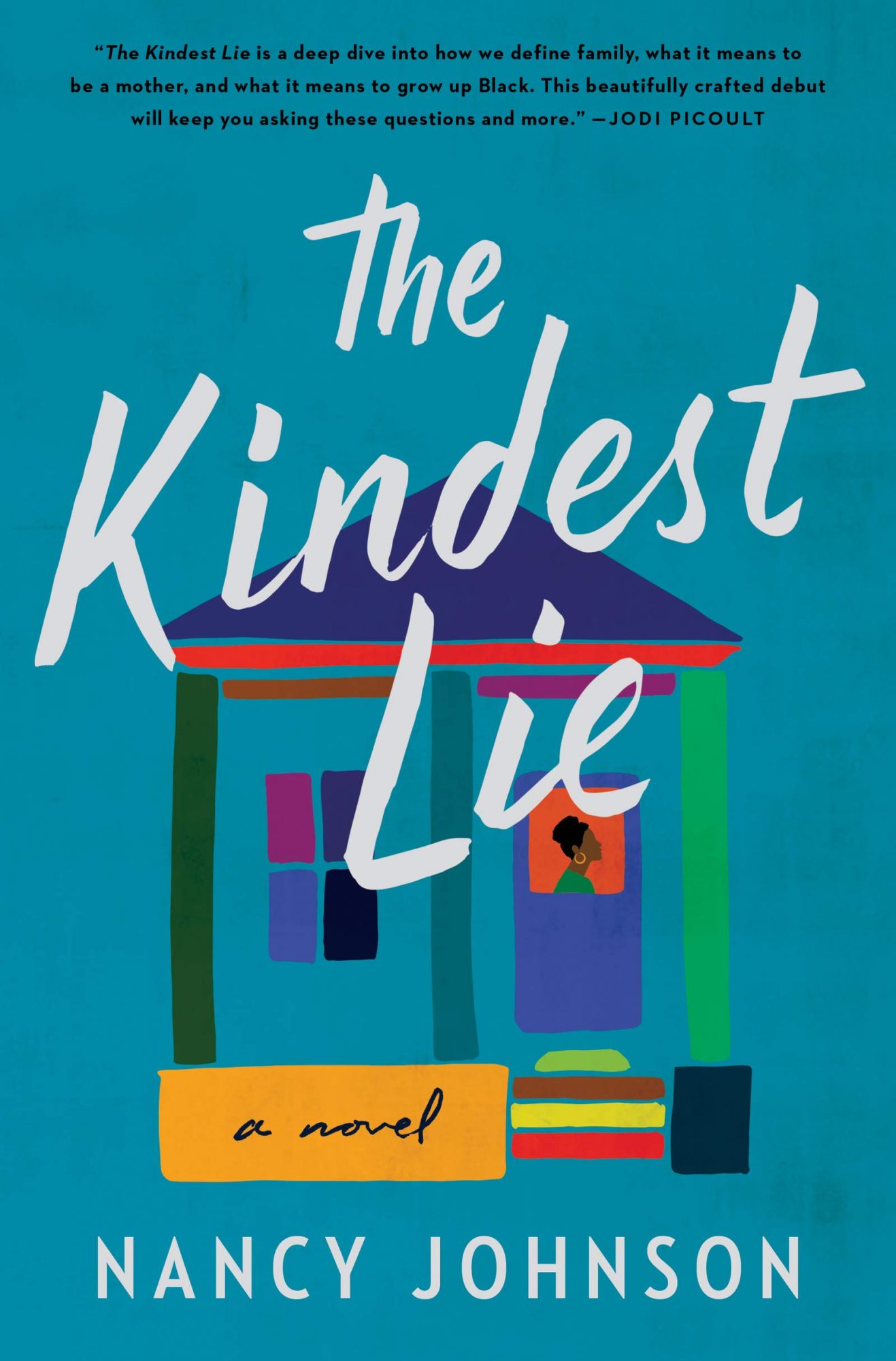 Ruth’s husband is ready to start a family, but she’s still mourning the baby she had—and gave up for adoption—as a teenager. Seeking closure, she returns home to dig into her past and reconnect with her family, forming an unlikely friendship with an 11-year-old white boy along the way. It’s timely, layered, and perfect for your Zoom book club.

6. Love Is an Ex-Country by Randa Jarrar, out February 2nd. 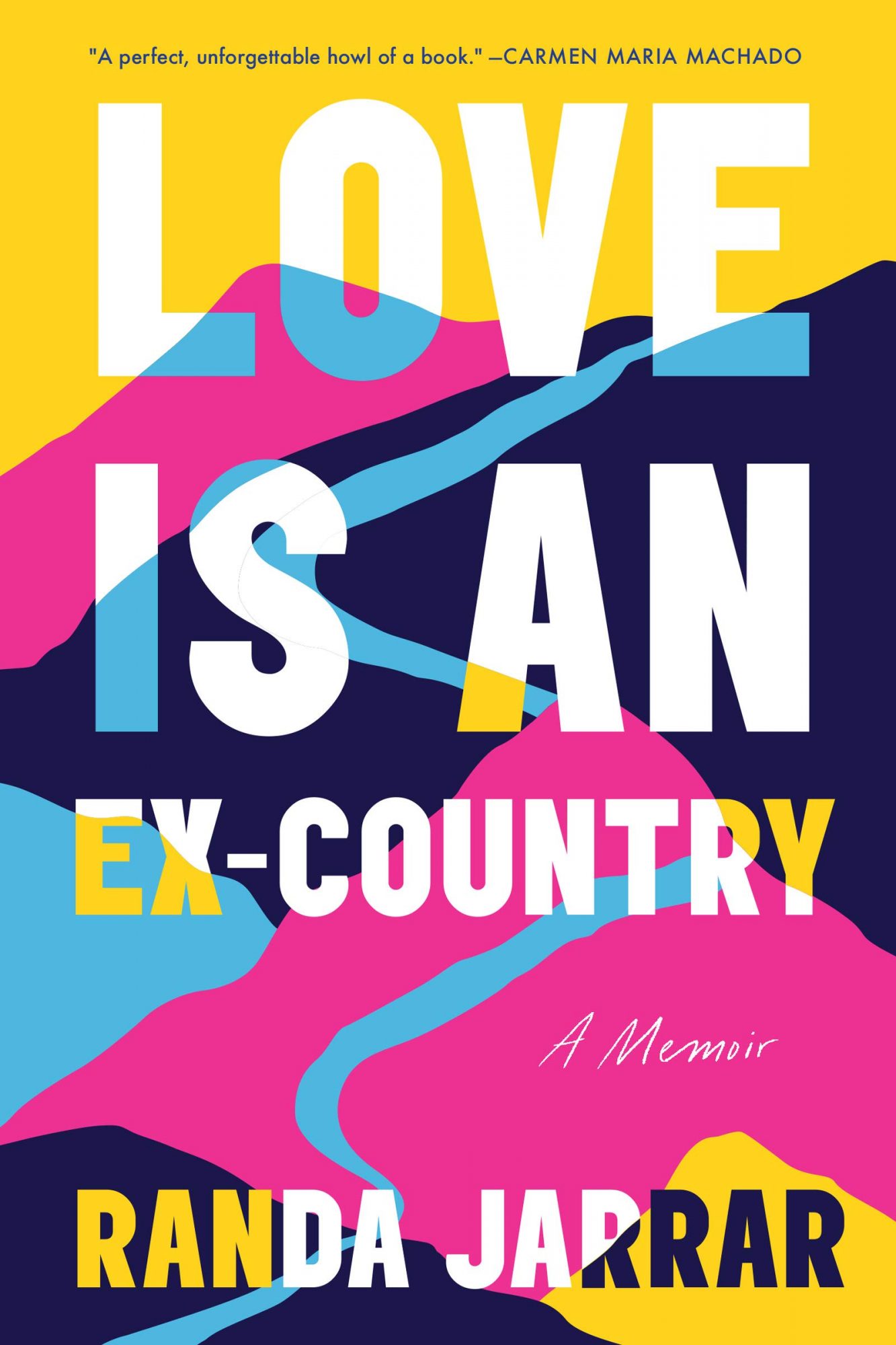 Inspired by an Egyptian belly dancer’s journey across the U.S. in the ’40s, Randa Jarrar embarked on a cross-country road trip from California to Connecticut. In Love Is an Ex-Country, an intimate and unapologetic memoir in motion, she recalls the domestic assault she experienced as a child and a wife; reflects on single motherhood; and schools the racists she encounters along the way.

7. Girl A by Abigail Dean, out February 2nd. 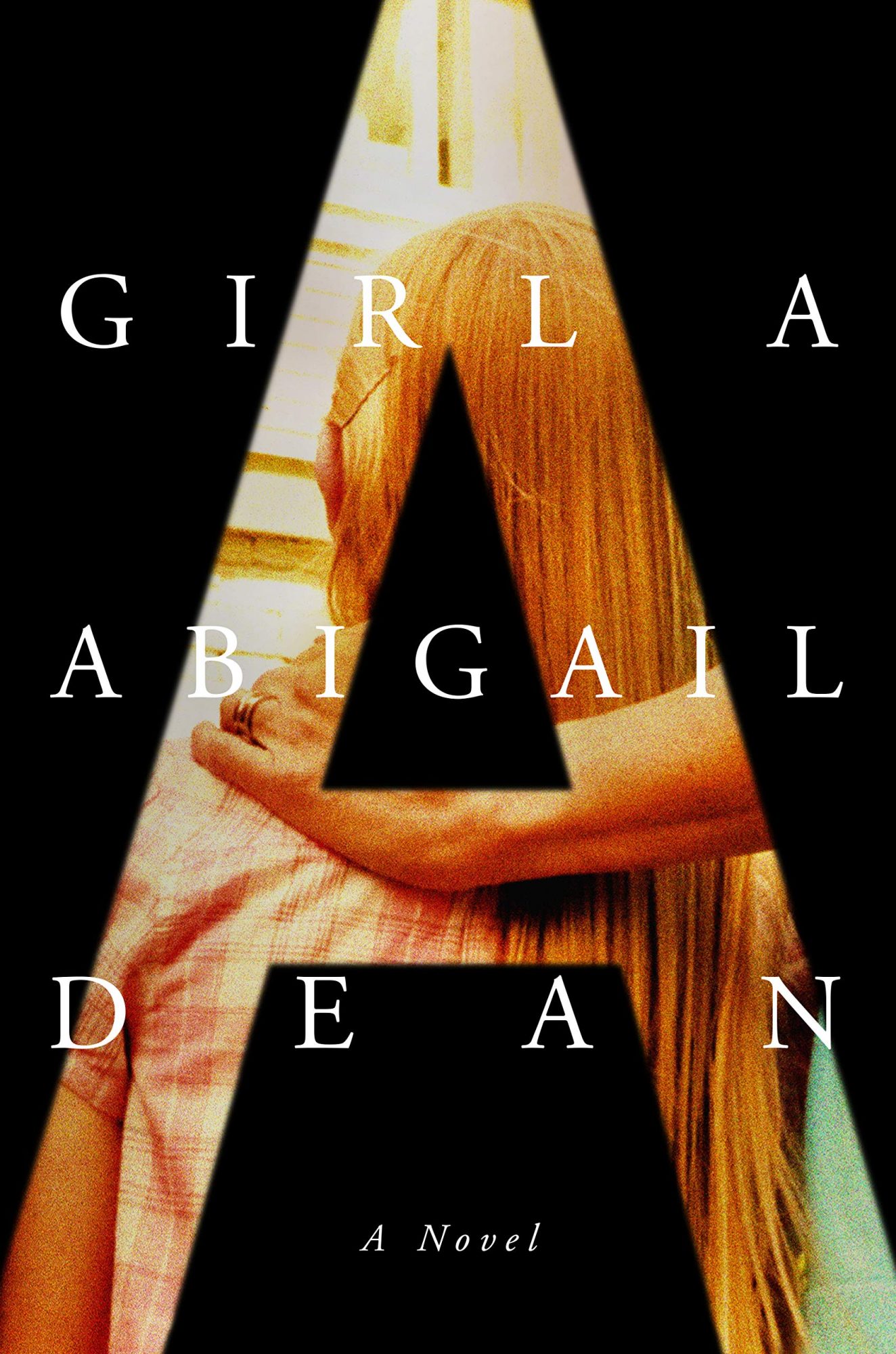 When Lex was a teenager, she and her five siblings escaped from their parents’ House of Horrors. When their mother dies in prison, they inherit the house and are forced to come to terms with their horrific childhood. What a profound, gripping novel of trauma and survival.

8. Surviving the White Gaze: A Memoir by Rebecca Carroll, out February 2nd. 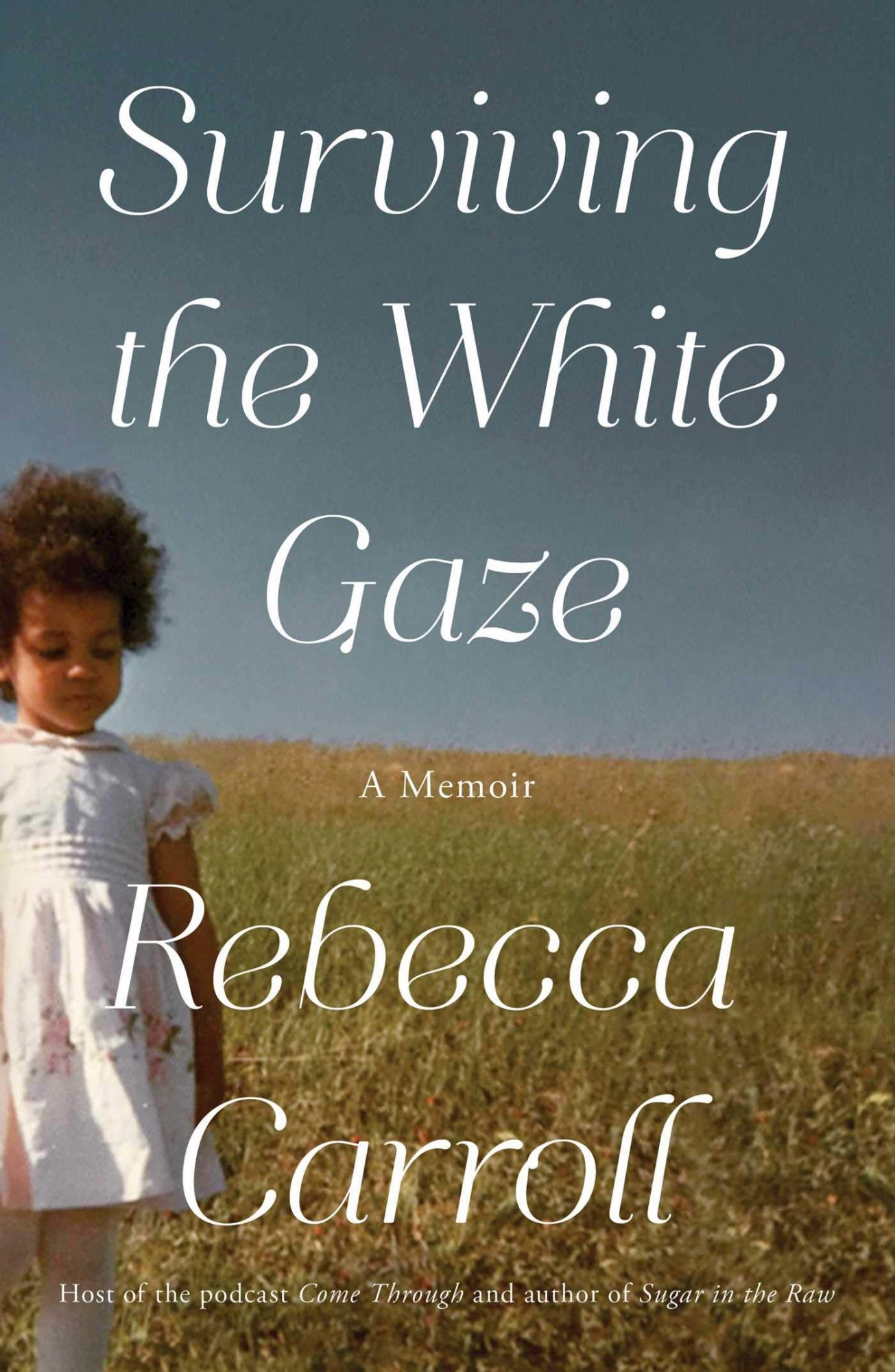 Rebecca Carroll was adopted at birth and grew up as the only Black person in her small New Hampshire town. When she met her white birth mother, it called her identity and self-esteem into question. Her moving memoir explores her search for racial identity and the complex struggle between staying loyal to her parents and wanting her birth mother to accept her. 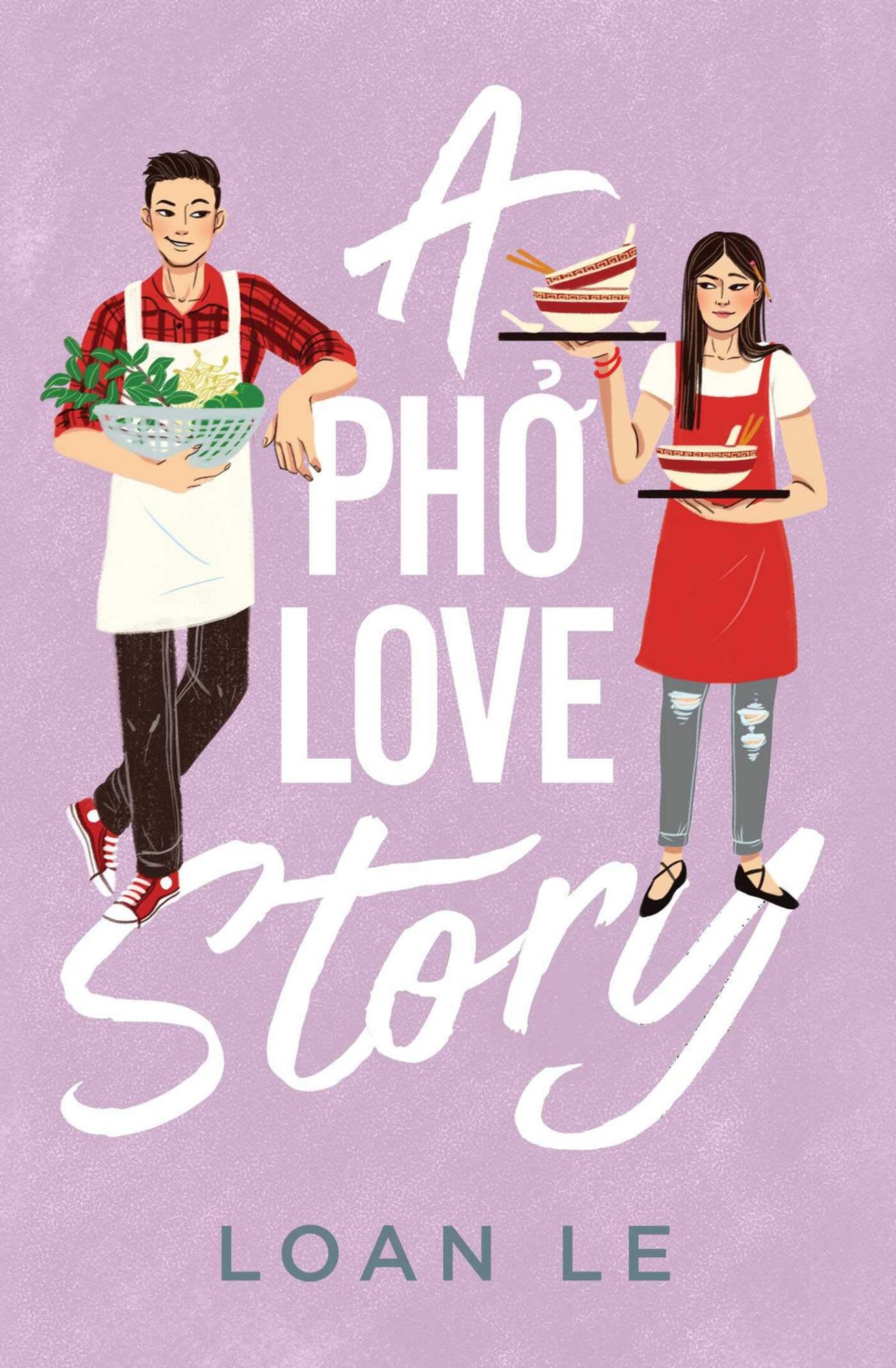 Bao and Linh are Vietnamese-American teens who work at their parents’ competing pho restaurants. They’ve always been rivals, but when their paths cross by chance, they hit it off and try to start a romance amidst their complicated family feud. It’s the perfect February rom-com.

10. No One Is Talking About This by Patricia Lockwood, out February 16th. 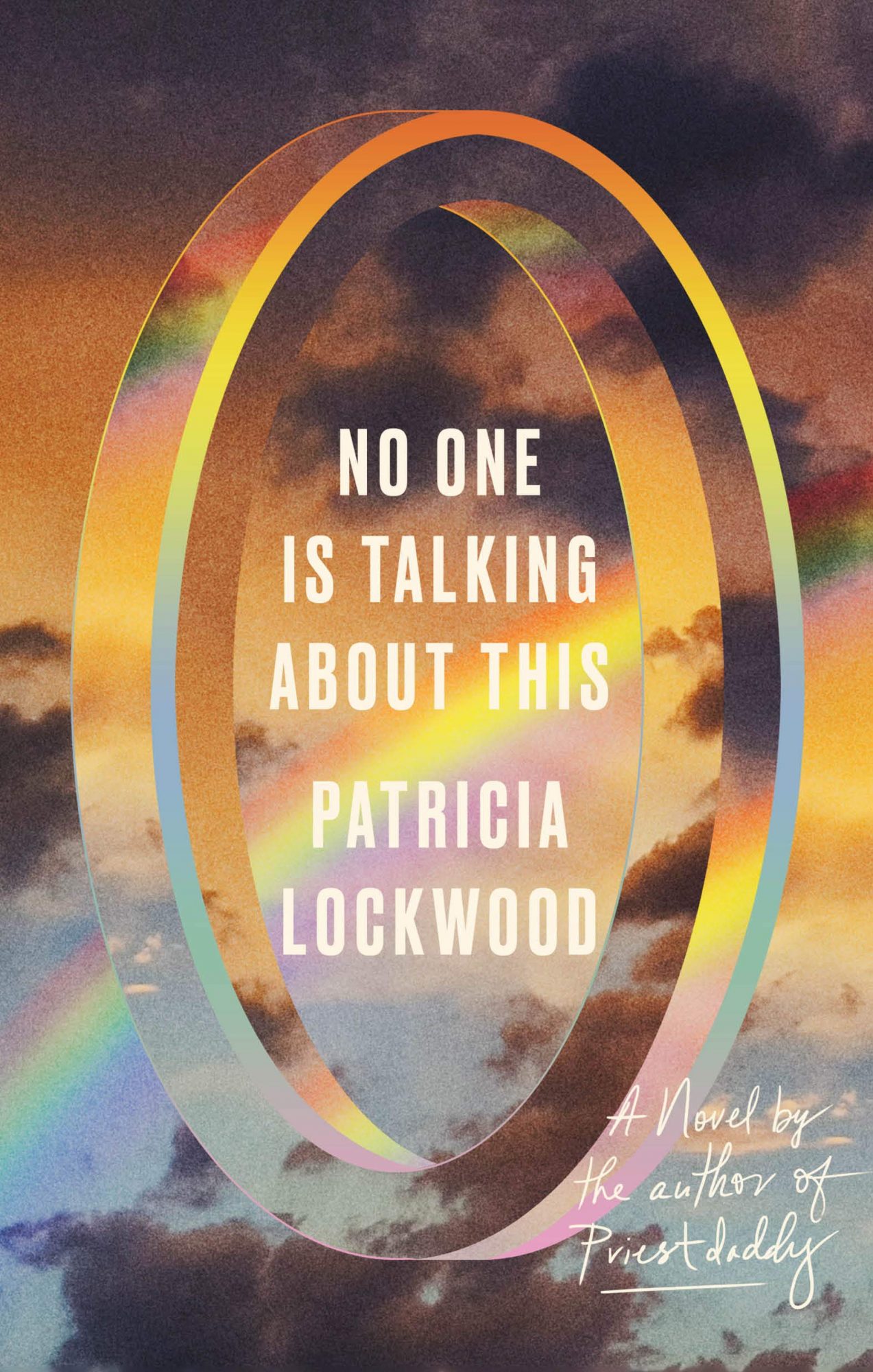 Calling all people who are Extremely Online: You need to read this book. Patricia Lockwood’s new novel is about a woman who found fame from a viral post and made a living out of it. When a family emergency strikes, she’s suddenly grounded again, and questions her life built around the internet. It’s a must-read for anyone who finds themselves falling into the endless scroll more than they’d like. (So, basically, all of us.)