I pretended to be Chrissy Teigen (and other celebs) on Instagram

One of the weirdest features of Instagram is the fact that you can’t see who other people follow. Unlike most other social networks, Instagram still lets you hide your secret follow shames (hello, @drakeoncake), and no one else can see who and what you’re scrolling through — until now, with the introduction of the new app Being.

We decided to try out Being’s supposed Instagram X-ray vision out on some of our favorite ‘gramming celebs. Let’s just say, the results aren’t that surprising:

Come on, we’re totally curious as to what hilarious supermodel Teigen finds follow-worthy. Because Teigen’s was the first account we tried, we’re showing Being in action as it floated the Instagram icons of her follows as they loaded: 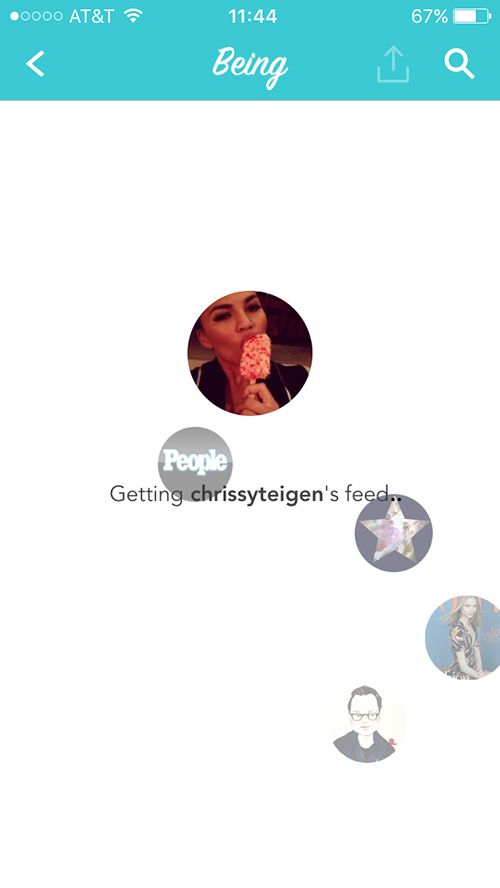 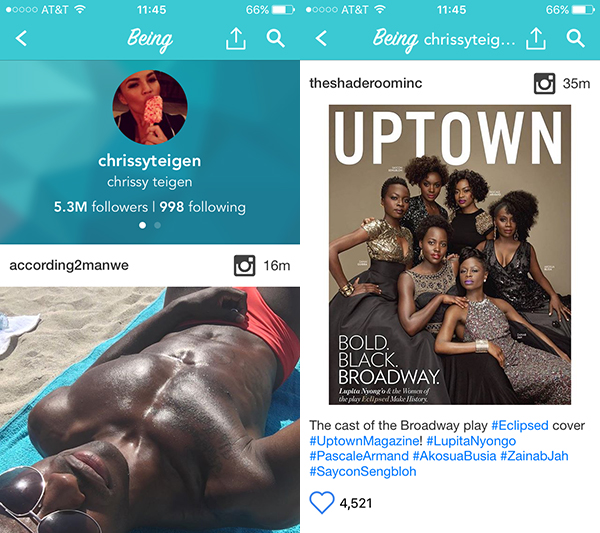 Teigen follows almost a thousand people, which is pretty prolific for a celebrity account. And her taste in follows is both personal and professional. @according2manwe is a dancer on Spike TV’s Lip Sync Battle, which Teigen co-hosts; meanwhile, of course Teigen’s a fan of @theshaderoominc, which both breaks celebrity news and spotlights petty social media interactions.

For our next subject, we went for someone with a more hermit-like social media presence. Franco follows a paltry 89 people, and they’re an interesting mix of people and influences: 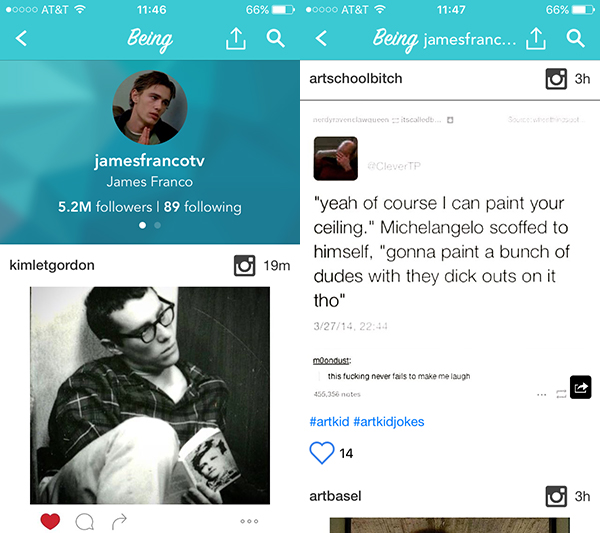 His latest post is from none other than Eternal Cool Woman Kim Gordon (@kimletgordon), a reliably hip follow. (And, see the heart? That means that Franco liked the post.) But between seemingly endless posts from @snoopdogg (this is why you follow more people, Franco), we found posts from @artschoolbitch, aka the account of artist Kat Gentry. That’s pretty cool that Franco’s keeping tabs on indie talent, though we wonder if he’s mostly “ironically” drawn to the account’s name.

Now, @badgalriri is perhaps the princess of Instagram, and with over a thousand follows, she’s sure to have an entertaining feed. And well, that was the case: 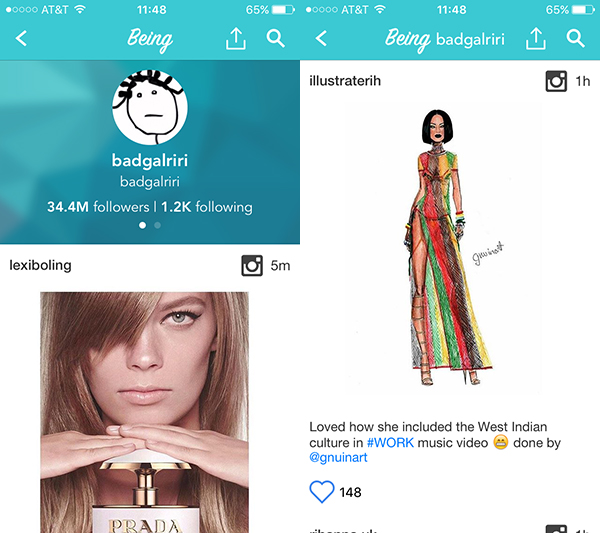 First off: Rihanna follows a lot of fan accounts, which makes sense as she’s known for being a particularly friendly celeb. So, it makes sense to find an account like @illustraterih, which fittingly illustrates Rih, on her feed. And because Rihanna’s got one foot in the fashion world, she’s following folks like model @lexiboling.

Like Rih, Drake is also prolific on Instagram; his username is similarly iconic. But, what catches @champagnepapi’s eye? 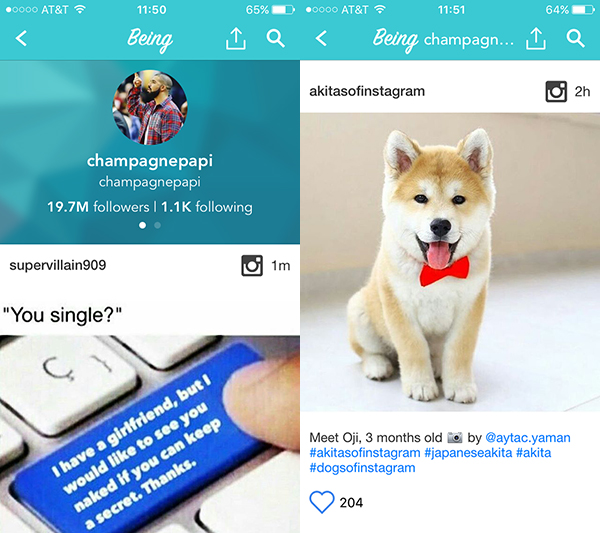 Well well well: The meme master plays himself; of course Drake follows meme/joke accounts like @supervillain909. But adorably, he’s also following @akitasofinstagram — we understand Drizzy, sometimes you just want a super-cute puppy break in between all those party and meme and OVO Sound affiliate accounts.