Why being a mom encourages me to travel more, not less

Growing up, my mother’s favorite unsolicited advice was “don’t get pregnant.” It was a constant theme in our conversations, especially when girls from my high school missed prom because they were too far along. When I got to college, other women in my life repeated the same mantra with their own addendum:

After my mother passed away, I found myself in an abusive relationship. We moved way too fast and I felt lost in my life. Before I knew it, we were living together and pregnant. I don’t want to use this space to bash my son’s father. I’ll just say that being together wasn’t a healthy choice.

Pregnancy itself, however, was a beautiful adventure despite the deterioration of my romantic relationship. My doula made a point to tell me how dope I was at every stage. I was blessed to have a drug-free natural birth and my son came out in only two pushes (whew!). Even as a 28-year-old woman, I still felt like that unprepared little girl being told to not get pregnant—but having a child pushed me to make better decisions in my life, for the both of us. In my relationship with his father, I had started to adopt a cold mentality, devoid of empathy. My son brought me back to life.

It may sound strange, but I am grateful for being a single mother. It has forced me to take my son everywhere, and in that way, my child has re-inspired me to travel. 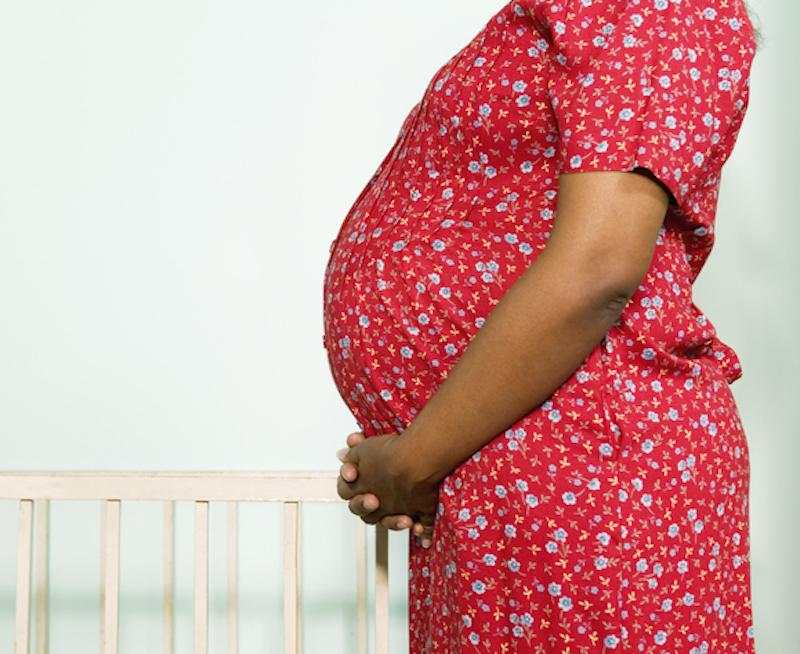 Mother’s Day can be bittersweet—especially if you don’t have a good relationship with your mother, if your mother has passed away, or if you’re just too busy struggling to get shit done. But as I reflect on my sixth year as a mom and my sixth Mother’s Day, I realize that there have been a lot more ups than downs—especially when my son and I travel together.

My son was about a month old the first time we flew together. My closest friend told me it was a bad idea to even take him outside, let alone on a flight. When I put in the request for delayed maternity leave at work, my supervisor said I “was making a mistake by taking him this early” and “babies die from too many germs.” My nerves were accelerated by all the negative energy, but I needed the space. Once I bought the ticket, there was no turning back.

A friend dropped me off at the airport with just my baby and his oversized diaper bag. In my mind, everyone in the airport was staring at me. I was this poor, pitiful, single mother who they probably thought shouldn’t be there. I put so much pressure on myself to avoid any “ghetto tendencies” so they wouldn’t think negatively of my son. I turned down everyone who offered to help because I didn’t want to be seen as lazy or in search of a handout; the hour before my flight was so stressful that I just wanted to disappear. When it was finally time to board, a woman in a Southwest uniform walked up to me. I thought she was going to ask whether I could keep my son quiet on the flight, but she just smiled and said, “It’s so wonderful that you’re taking him on a flight at this age. You’re doing a great job, mom.”

I think it was the first time I smiled that day. 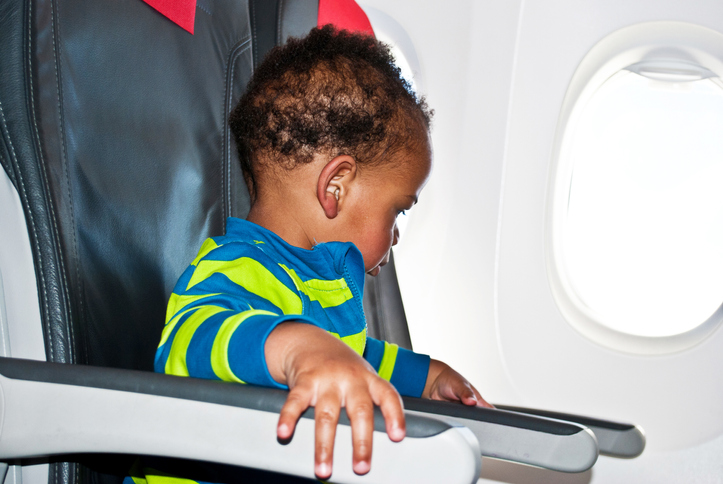 As the plane started to take off, all the children unleashed an orchestra of discomfort. To the surprise of the passengers next to me (and to be honest, mine as well), my son breastfed himself to sleep as if we were at home chilling. I was praised the whole flight. Every time we hit turbulence, the woman next to me would gush over my son who was either asleep or quietly observing his surroundings. To this day, I feel like my son could sense my anxiety and figured that I had enough to deal with already.

That trip was the first of many.

When he was four months old, my son and I flew to Oakland, California for a summer teaching job. We rode the train, checked out murals downtown, and walked around the lake. I had been to Oakland before, but this was different.

All the time that I’d spent not traveling was more apparent to me now. Before my son was born, I had been sitting in an office suppressing my wanderlust. But my son was so delighted by every part of traveling that he inspired me to do what I love.

Since my son came into my life, we’ve been on dozens of flights together. Oddly enough, he also loves staying in hotels. We’ve taken road trips to Tahoe, Chicago, Philly, D.C., New York, and loads of other places. I’ve also traveled to Las Vegas, Minnesota, Iceland, and Mexico for work while he chilled at home, babysat by the same friends who thought it was a bad idea to travel with him. I went from not traveling at all, to taking at least one trip a month. My son has the same passion for meeting new people and exploring new environments. It’s something we can share with each other, whether we’re adventuring around the city we live in or taking our little act on the road. 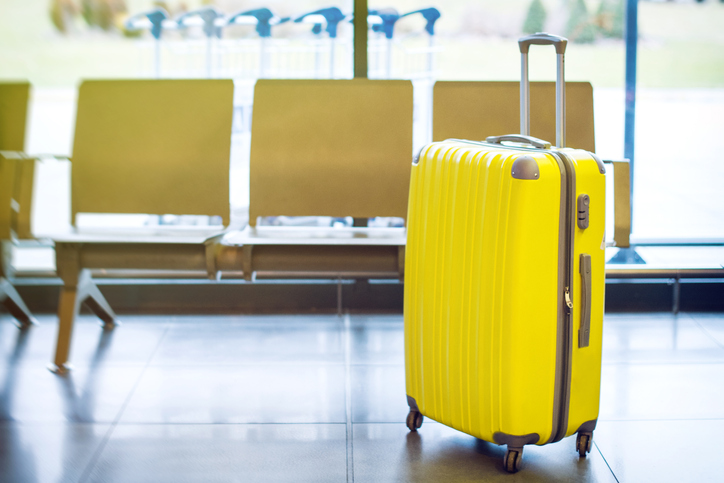 People often assume motherhood will domesticate you, but being a mom is not a prison sentence.

For me, motherhood reminded me of how important it is to show your little one the great things about life. Obviously, I am privileged because I have a full time job that includes travel, and my freelance work helps me afford vacations. The point of this article is not to tell you that traveling will solve your stressful problems as a mom. The point is to say that we don’t have to be the kind of mother that other people expect us to be. Our job is to be the best parent we can, and that doesn’t mean you have to stop doing the things you love.

In my experience, having a child only enhanced the things I loved most about life. Now I could share it all with him and learn new things about myself that I’d never noticed.

Whether your dream is pursuing a doctorate, traveling more often, writing a book, or just being a hustler for life, I’ve found that our children can often be a catalyst for our dreams—not a roadblock. My son has been a major inspiration, and I encourage all the moms out there to show your little ones how meaningful it is to chase what matters. Happy Mother’s Day to all the mamas doing their thing.