For many brands and influencers, the Chinese practice means profit through appropriation.

When I was eighteen, I spent the summer in China to spend time with my extended Chinese family. One hot July morning, my older cousin asked me if I wanted to try gua sha—pronounced as “gwah-shah” with a soft “a.” She dipped her pointer and middle fingers into cool water before rapidly, and painfully, snapping the back of my neck between her fingers until my skin turned a purple-black. My father laughed from the couch at the shock on my face, as he recalled running away from his grandmother’s gua sha spoon as a boy, cowering at the strength that she would bear down on him with as she scraped dark lines of bruises down his legs and arms. My dad explained to me that gua sha was medicinal, as I tenderly probed at the back of my neck. He struggled to find the right words for it, but the snapping applied to the back of my neck was meant to help me stay cool in the humid heat.

According to Dr. Ervina Wu and Angela Chau Gray, founders of the beauty brand YINA, gua translates from Mandarin to “scrape,” and sha translates to “petechiae” (tiny, flat red or purple spots). “Gua sha is a practice used in Chinese medicine to scrape the skin—commonly on the upper back—to invigorate blood flow, release heat-toxins, stimulate lymphatic drainage, activate various points of the body, and stimulate an immune response bringing helpful cells to the area,” they tell HelloGiggles. In other words, gua sha is a practice, not a tool, despite Chinese grandmothers commonly practice gua sha with a soup spoon. “This action creates discoloration on the skin, but there is no pain and the petechiae usually goes away within days,” Dr. Wu and Gray say.

Recently, Western cultures have jumped on the gua sha boat and take it as a new and innovative kind of practice. Celebrities now rave over gua sha‘s benefits, like lymphatic drainage, de-puffing, increased circulation, and relieving facial tension. This isn’t some breaking edge practice. Gua sha is a very old Chinese practice, like fire-cupping and acupuncture. Not only that, influencers have claimed that gua sha (or as some of them like to say, goo-wuh-shuh) can generate collagen, is a more natural form of Botox, or even that it can even sculpt your jaw and nose into looking slimmer. But, just as it happened with yoga, once the West got its hands on gua sha, the practice’s historical and cultural origins got lost.

Traditional gua sha was originally performed on the body. Dr. Wu and Gray tell HelloGiggles that the earliest gua sha-like tool predated acupuncture and was discovered in the Stone Age, fashioned out of bian stone in various shapes. As Chinese history moved into the Bronze age they explain that metallic tools and needles gained favor over stone tools. Bian stone tools would subsequently become “Bian Therapy,” along with acupuncture, and other herbal therapies as documented in Huang Di Nei Jing, which is the most representative Chinese Medicine text from 475 to 221 B.C., according to Dr. Wu and Gray. As a medical tool, gua sha became more popular around the Yuan and Ming dynasties.

But for brands and social media influencers, gua sha means another thing entirely—it’s refrigerated rose quartz jade rollers, facial sculpting tools, instantly de-puffed skin, instant Instagram likes, and profit through appropriation. While I don’t see anything wrong with sharing the practices of different cultures and discovering what a foreign culture has to offer, there’s a very big difference between appropriation and appreciation.

Profiting from a trend is not a problem, but it’s hurtful when non-Asian brands sell Asian products without acknowledging or respecting our culture. What’s worse is when people are not just clueless about Asian culture, but also exude a sense of superiority by trying to ‘upgrade’ or outright claim the invention.

It’s wonderful that people love gua sha, but it’s in no way a new invention—it’s a practice with generations of history. The very least influencers should be doing is to pronounce it as accurately as possible and to not try and take credit for inventing it. Pronouncing it as gwah-sah is acceptable, but mispronouncing gua sha as goo-wa-shuh or as goo-sha feels like even the most basic modicum of respect hasn’t been paid to the practice.

The best way to be respectful is to give credit where it is due. Gua sha’s origins date back thousands of years. It’s a traditional practice of a community historically marginalized, so it’s incredibly important to acknowledge and appreciate its origins.

Dr. Wu and Gray say that Western retailers who stock gua sha tools from non-Asian brands should do some introspection. Are the brands they’re working with appropriating Asian culture? Do they provide a historical context to the practice? In this case, both of them agree that opening a dialogue and being inclusive is necessary.

So, to the Western influencers and beauty brands—I’m glad you love this export of Asian culture, but if you make money off Chinese culture, don’t erase its history. It’s not fair to love elements of Asian culture but not love the Asian people who created the things you enjoy and profit from. And consumers, support Asian-owned beauty brands that carry gua shas, pronounce gua sha as properly as you can, and do your research on its past. 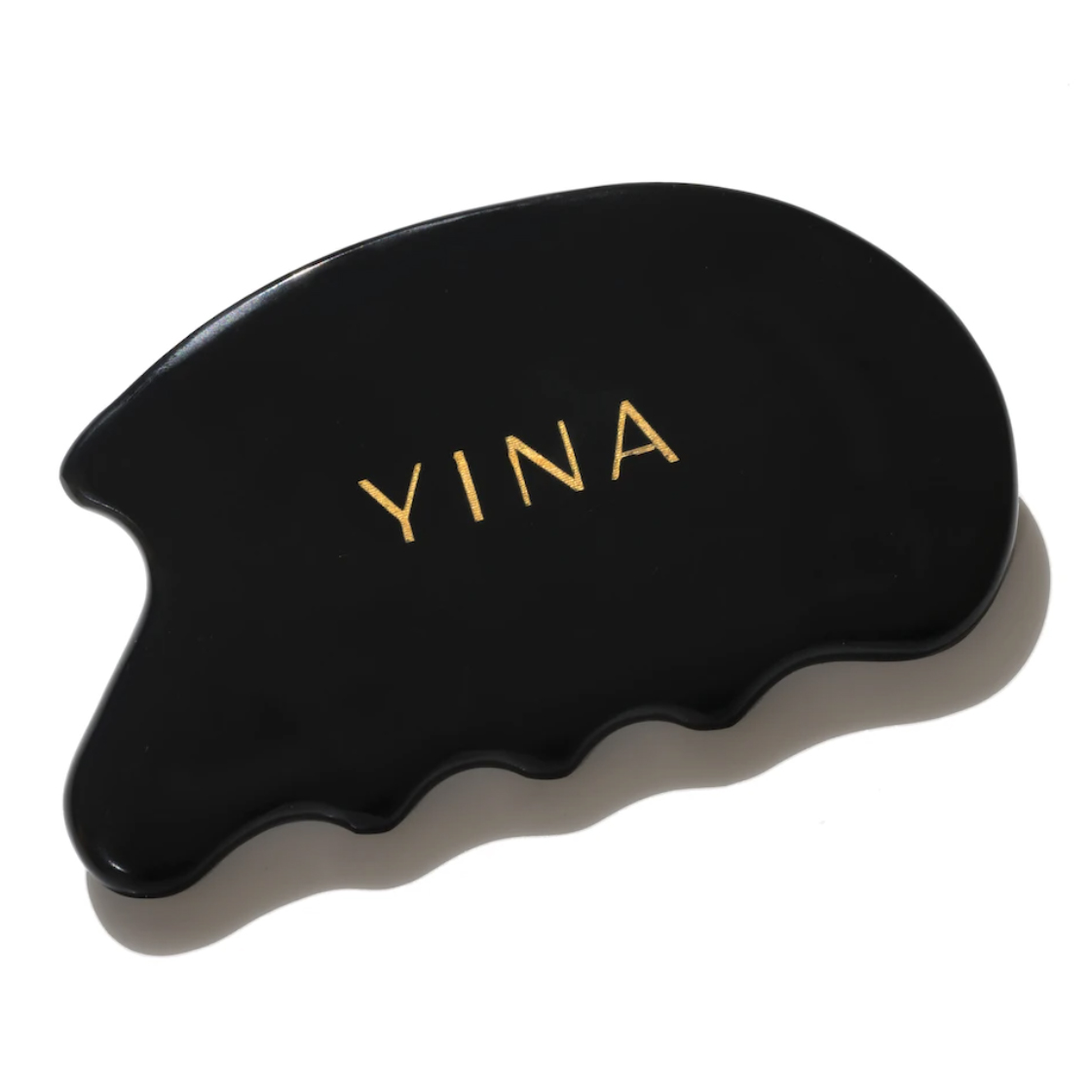 While it’s easy to look at a gua sha scraper as the next shiny beauty tool to store in your mini-fridge, these fragments of culture are valuable to an oppressed minority group currently experiencing terrifying levels of increased violence. When you use your gua sha, think about what my people are experiencing. When you massage your face in the morning with it, think about how afraid and how unseen my people feel. See us, amplify our voices, and respect our culture. We have so much we want to share with you; we just ask that you respect us.