For those of us who are addicted to oversleeping, throwing our makeup on in five minutes isn’t unheard of (although it almost always bears underwhelming results). But for professional makeup artists with detailed and skilled routines, the 5-minute makeup challenge requires them to pair down their involved routine into a bite-sized chunk.

In a video tutorial that was thoroughly playful and yet equally impressive, the Youtube famous beauty bloggers and makeup artists known as Manny MUA and Laura Lee decided to take on the 5-minute makeup challenge. Of course, they were rubbing each other with competition the entire time.

Before starting the actual tutorial the two beauty vloggers spent a few minutes egging each other on about who would do a better job, before throwing shade about who was more experienced. 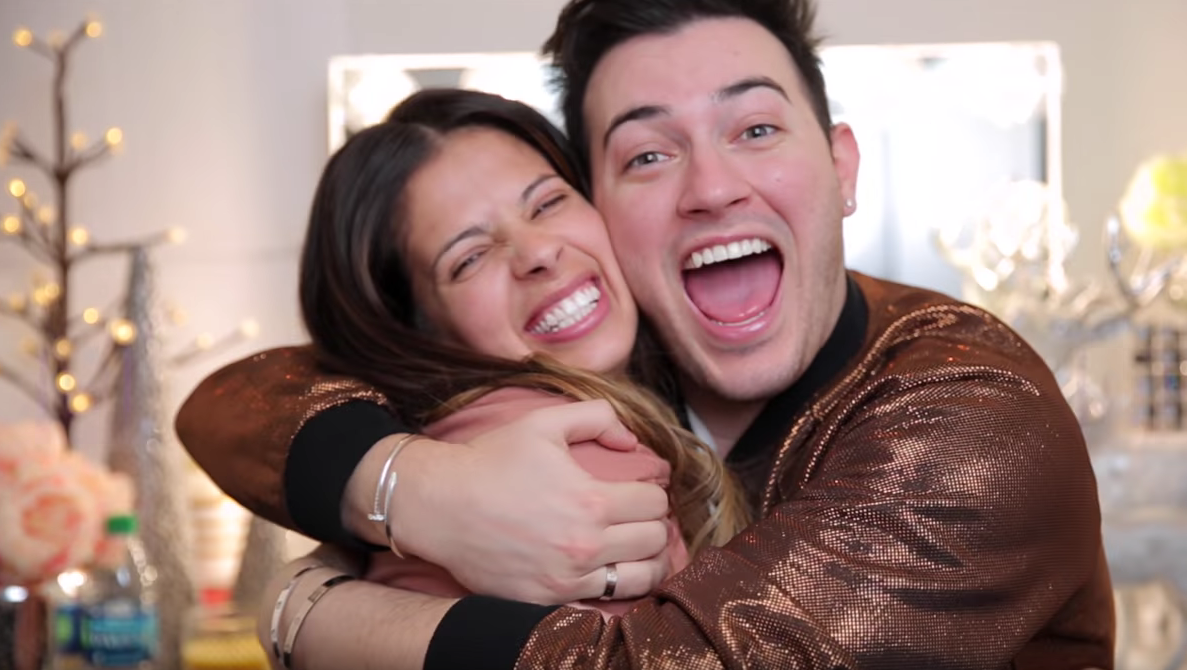 It was abundantly clear that they’re comfortable riffing with each other. 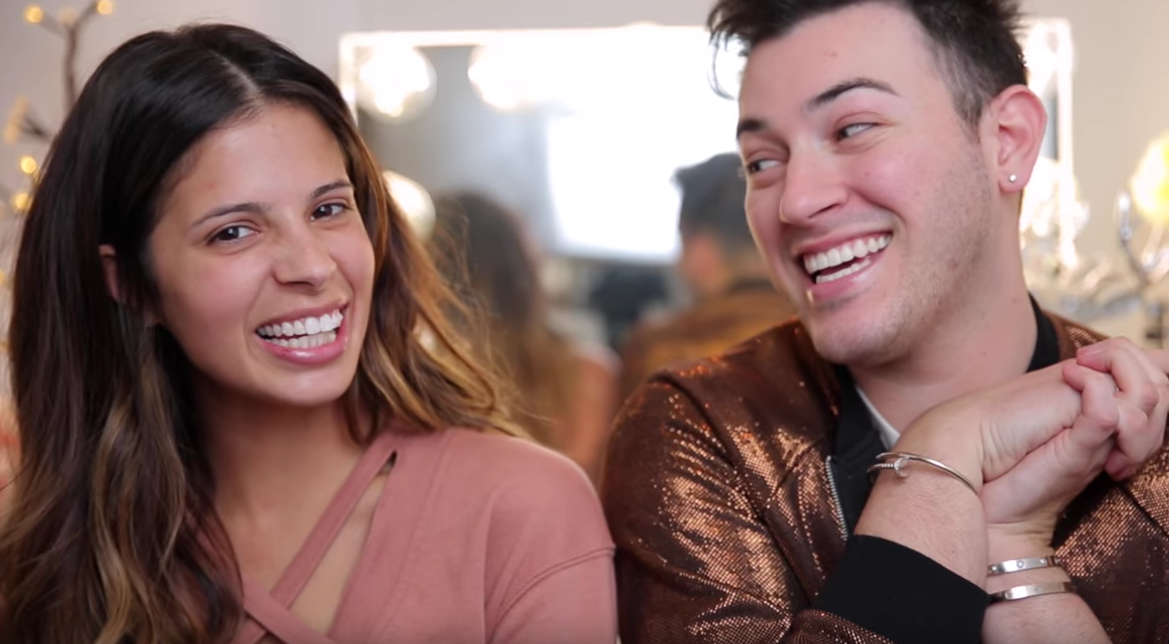 Once the clock started, the two began fervently apply powder and foundation with an urgency all too familiar to those of us who have applied makeup before running out the door.

Although we’d love to see a 5-minute bus makeup tutorial for those of us who attempt to get pretty on public transit. 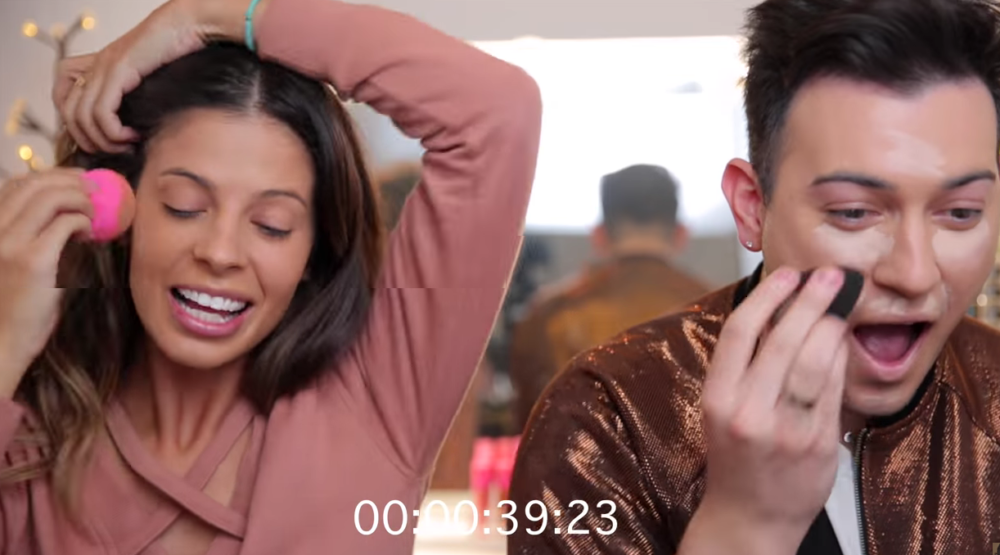 Watching them struggle to put on eyeshadow and fake eyelashes in a matter of minutes still felt aspirational to those of us who barely manage unsmudged mascara. 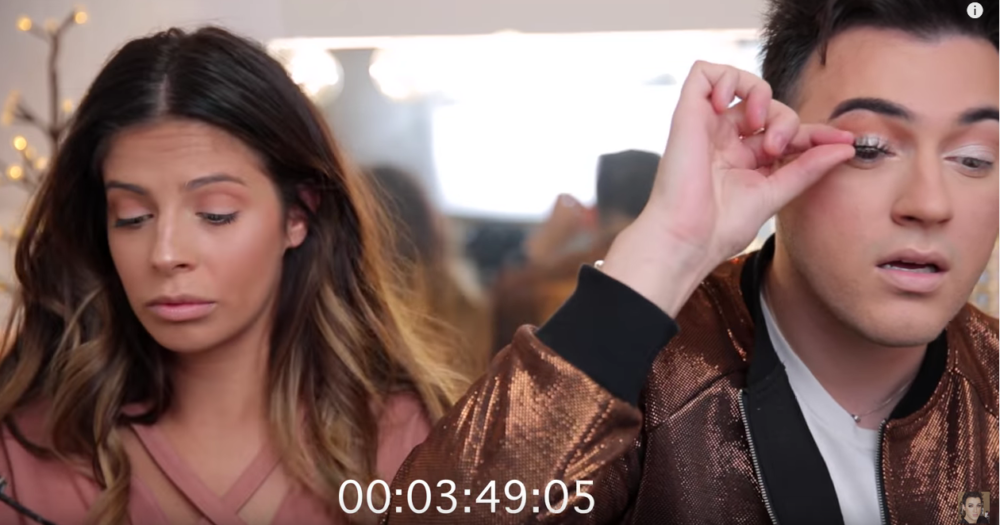 It would take most of us 30 minutes of attempting and a 5-minute cry session to even approach falsies.

When the clock went off, they both freaked out about how quickly their time ended. 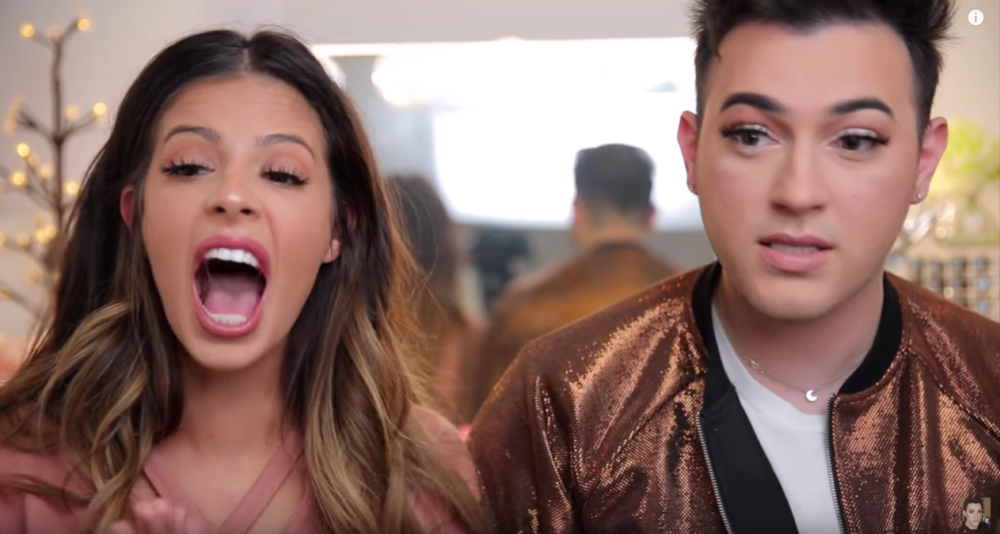 You can watch the full tutorial below and decide who you think the real winner is.

Anyone who can put on decent makeup in five minutes is a winner in this game!