If the live-action “Beauty and the Beast” trailer looked familiar, it’s because it’s basically identical to the animated one

Disney has done a pretty amazing job of bringing some of our favorite classic tales back to life in completely fun and new ways. So far, this has often meant using the original story as a inspiration while reinventing how the movie itself will tell that story.

The live-action Cinderella, for example, included a lot more backstory for a much more assertive Cinderella (not to mention showing a lot more humanity in her evil step-mother). The trailer showed us the highlight moments we’d expect from the story, but prepared us for a totally new take on it. The same was true for The Jungle Book. The storyline seemed much darker and more serious than the original musical playfulness of the animated version, but still paid tribute to the classic by playing (a variation of) “Bare Necessities” throughout the trailer.

But the latest Disney live action reboot, Beauty and the Beast, is blowing our minds by taking a different path — at least for the trailer. The live-action version is paying homage to the iconic story by recreating the original animated trailer scene-by-scene. And it’s breathtaking.

It opens with a clear homage to the original trailer, which showcased the Beast’s castle with the famous Disney title underneath. 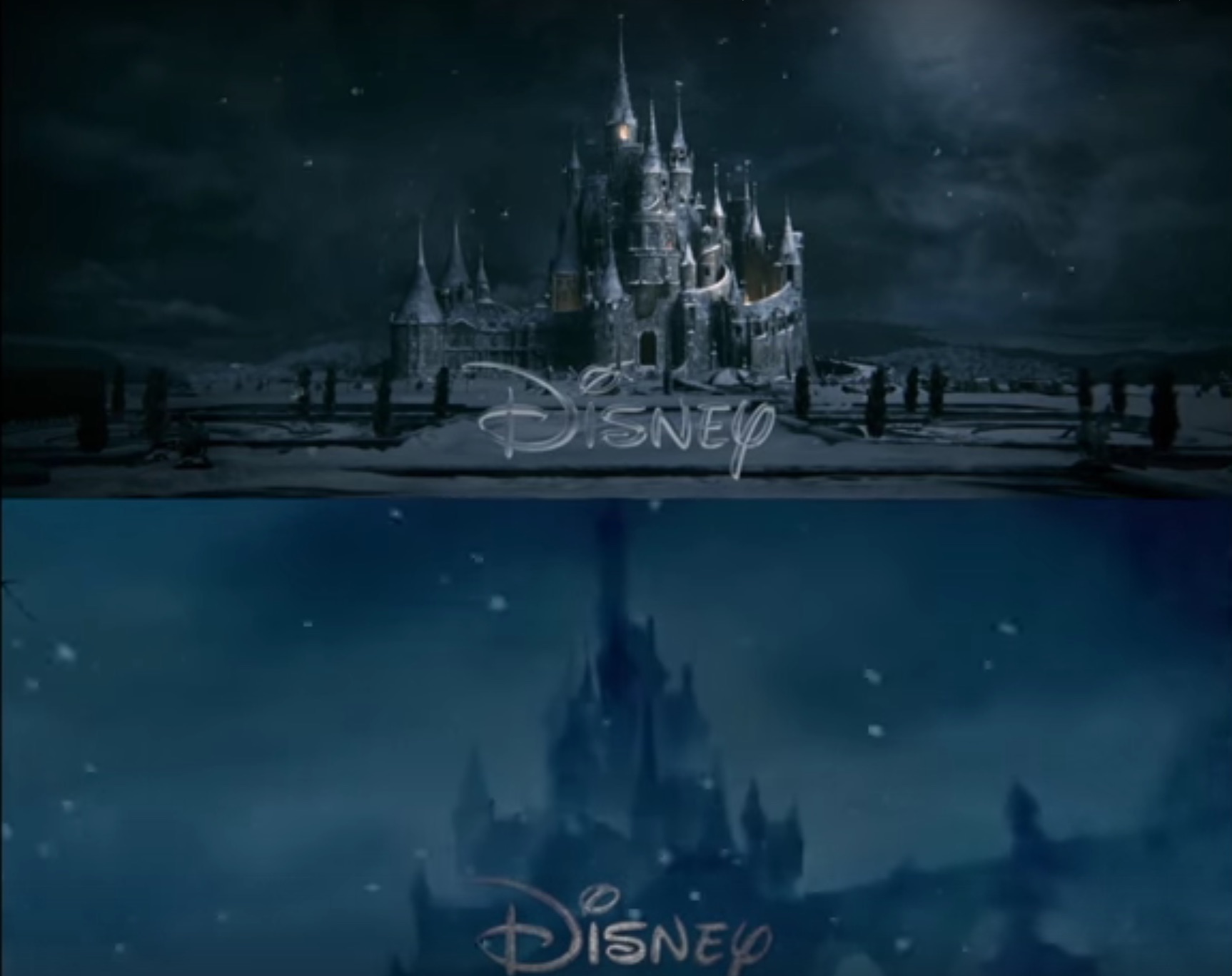 Each establishing shot afterwards makes it obvious that they will be really recreating this enchanting world as closely to the original as possible. Like when we see the chandeliers of the grand ballroom where we know Belle and the Beast are going to dance and fall in love. 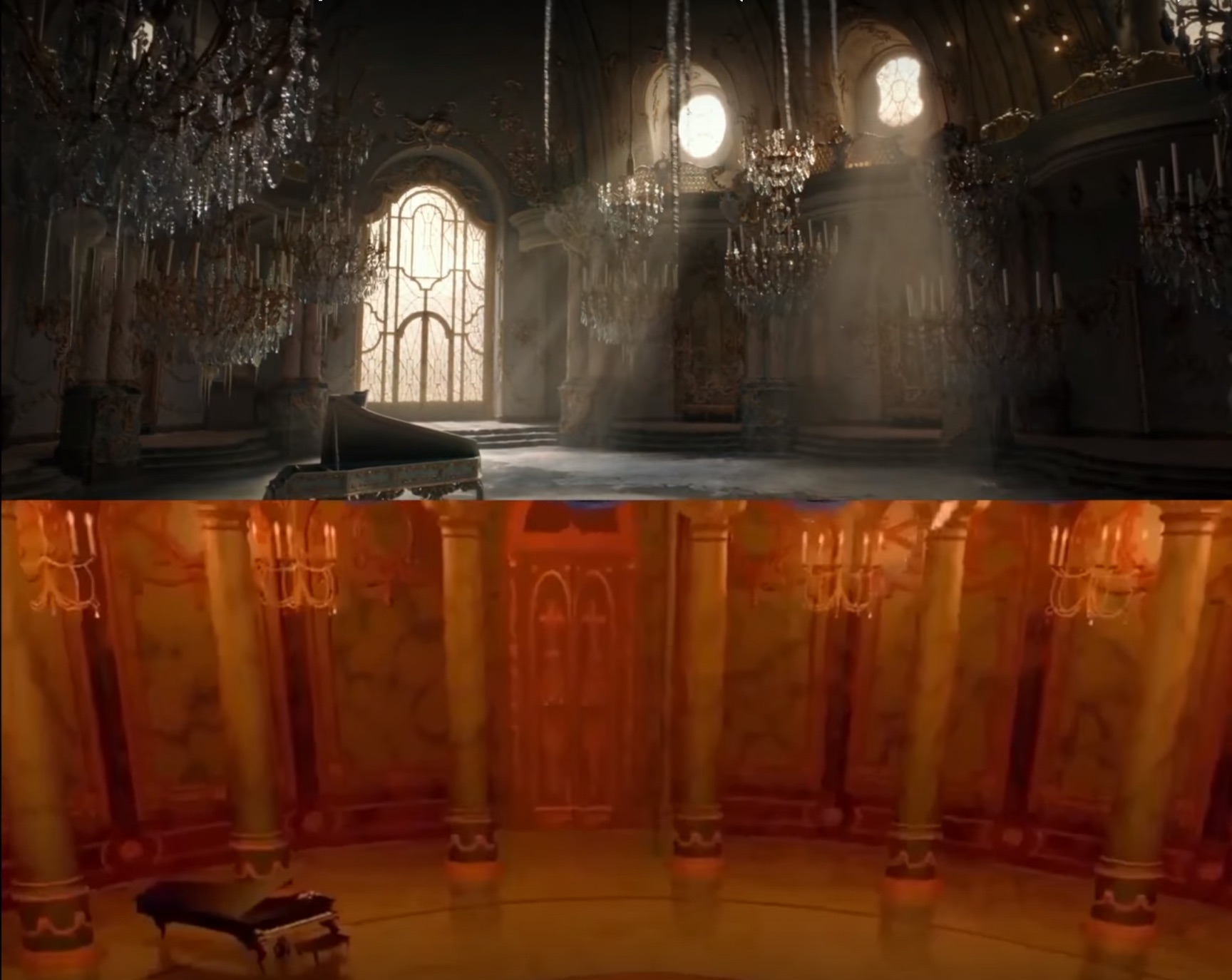 Or when we see the candles quietly burning and are reminded of the playful and fun Lumière, who we’re going to see brought to life. 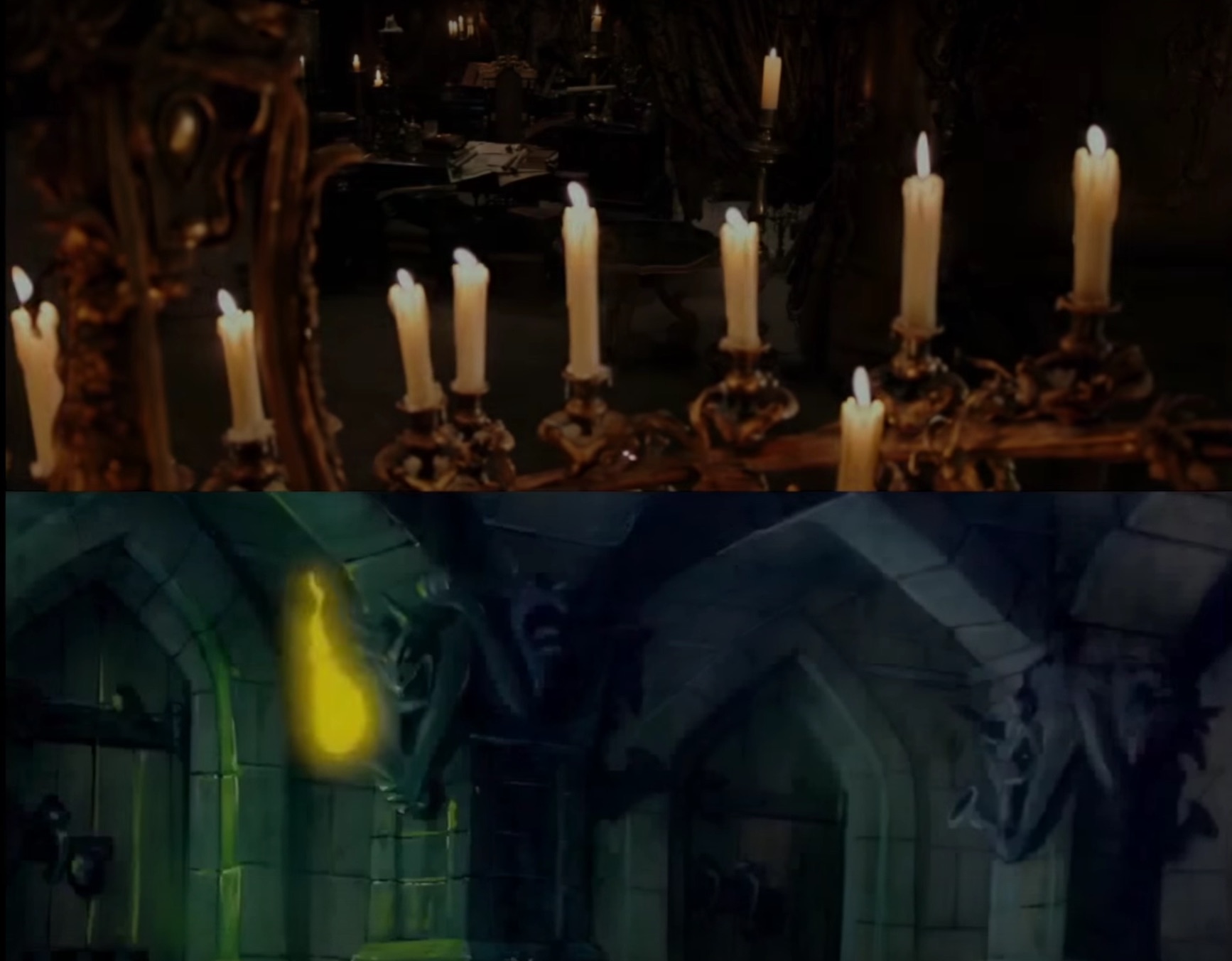 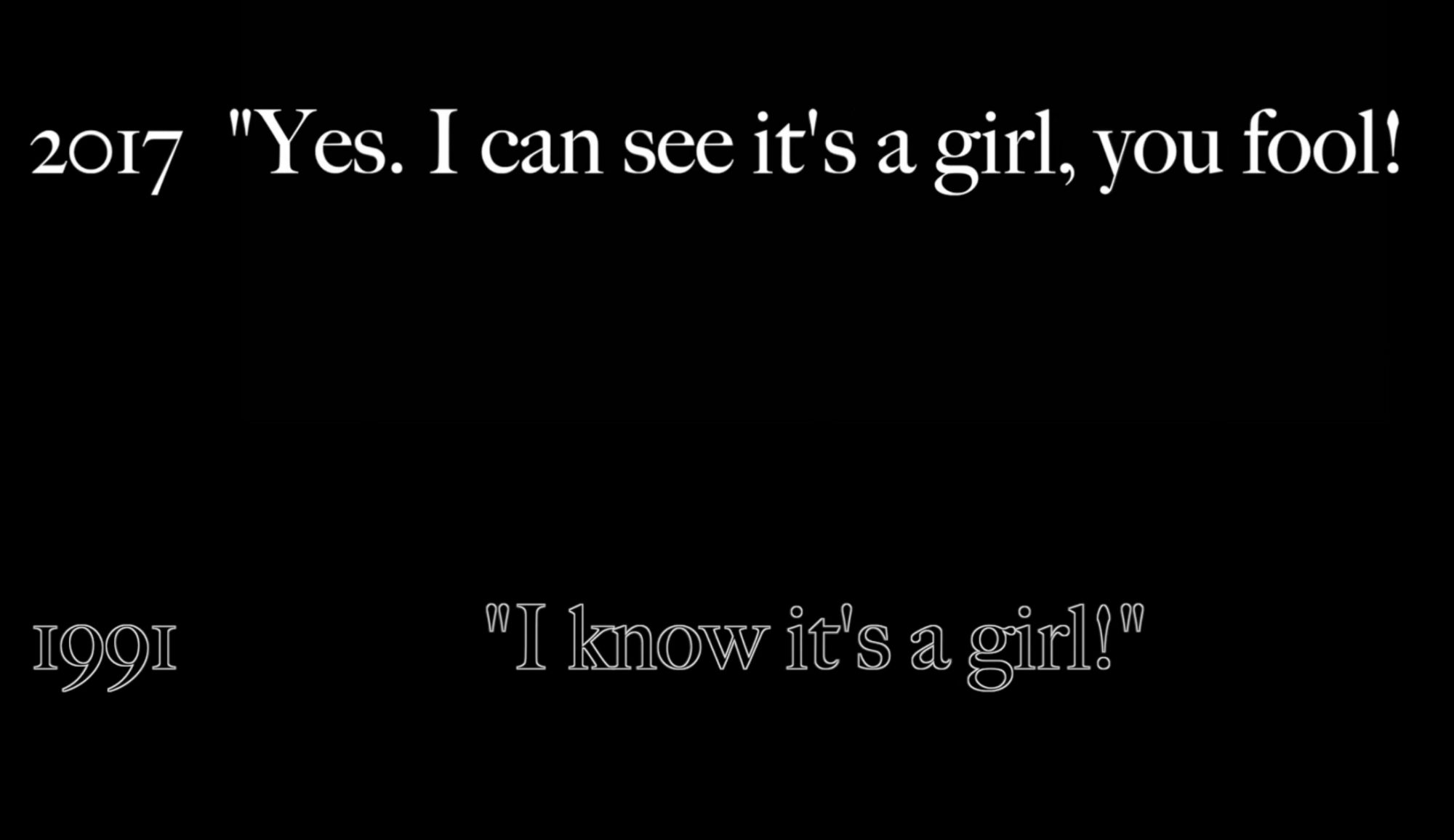 The moment when Belle enters the castle in the new trailer is a perfect mirror of that moment in the original. 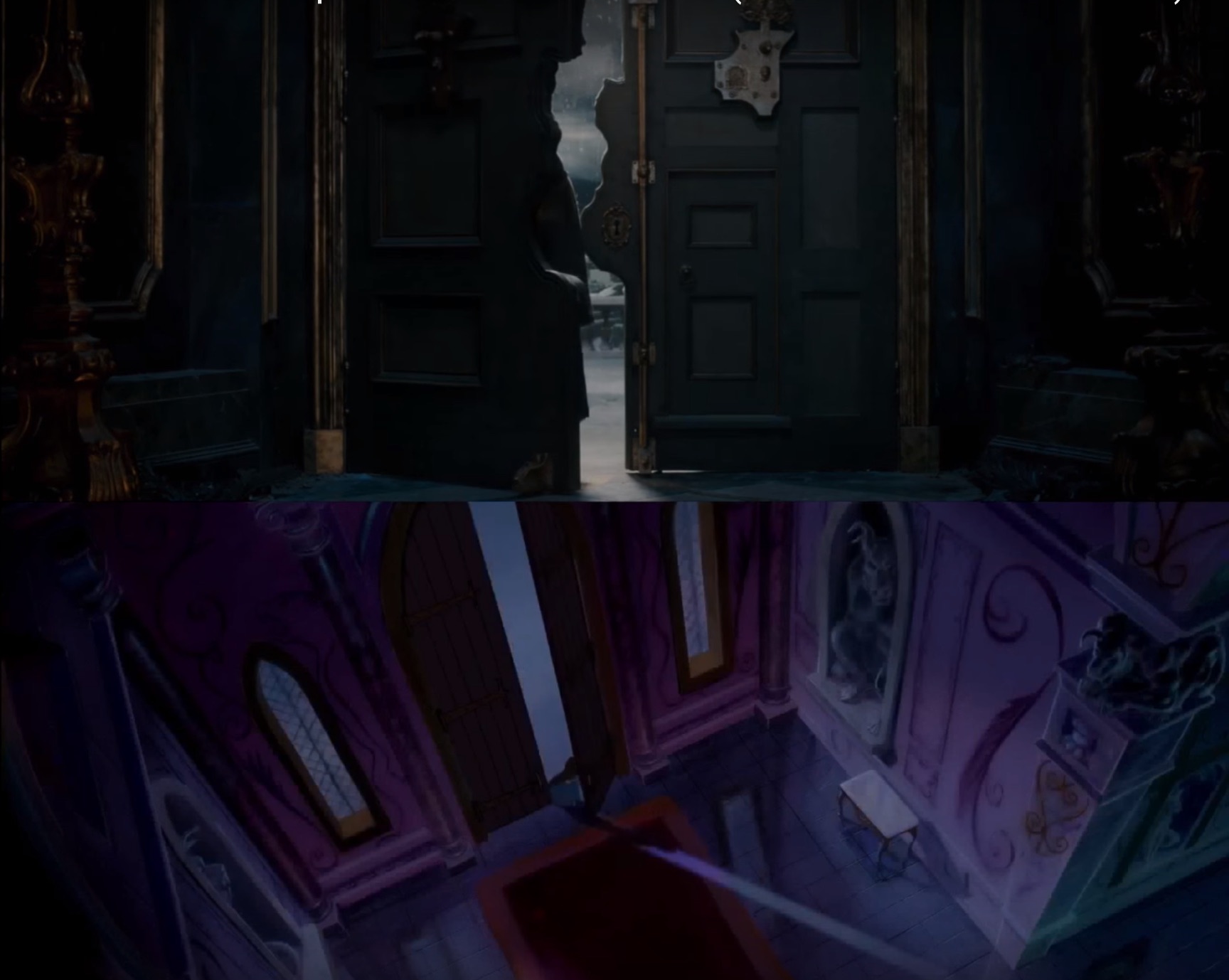 And, of course, there’s a moment with the beautiful Belle eying the magical rose that rounds out both trailers. 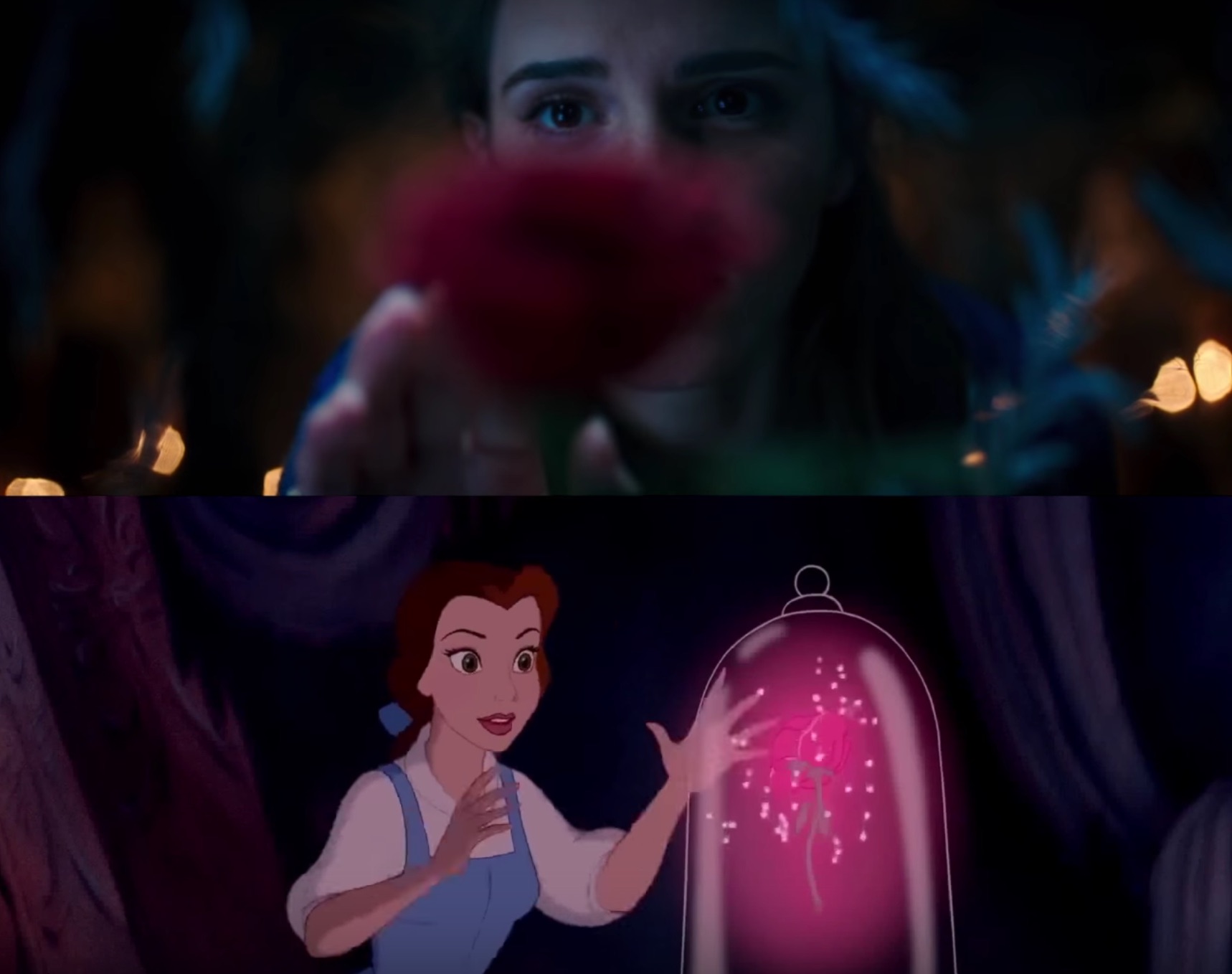 While there’s obviously still plenty of room for this live-action version to have a new spin on the story, it’s exciting (not to mention satisfying) to see that it seems like the filmmakers will really be paying homage to this tale as old as time. https://www.youtube.com/watch?v=