Sacré bleu! Ewan McGregor was at one point doing a *Scottish* accent for Lumière in “Beauty and the Beast”

Last week, I read a story about the making of Beauty and the Beast that stated that Ewan McGregor had never heard the song, “Be Our Guest,” before he was cast as the crazed party-planning candelabra in the live-action movie. Pardon my French, but “quoi?”

Talking to Oh My Disney, the film’s director, Bill Condon, explained, “We ended up finding the one person on the planet, Ewan McGregor, who had never heard the song before, so he was learning it as a new song [during production].”

This alone is a crazy tidbit from Beauty and the Beast. But guess what? It gets better. HelloGiggles recently jumped on the phone with the movie’s composer (for both the live-action and animated version), Alan Menken. Couldn’t help bringing up this Ewan Fact to the man who actually wrote and produced the song. Upon hearing this, Menken had a pretty surprising answer:

“I didn’t know that! That’s funny. Well it’s not funny, it makes sense,” he explains. And why exactly does this make sense?

"I was impressed [with Ewan and] he sang it wonderfully, but he just was lacking a French accent when he first did it. I said, 'Oh, he's kind of a Scottish Lumière I guess.' But over time he then figured it out, how to get the French accent in there.

So not only did McGregor not know the song, he also just started singing it in his native Scottish accent. That’s pretty funny — and also kinda adorable. But can you imagine? Lumière literally sings, “? after all now / this is France! ?” 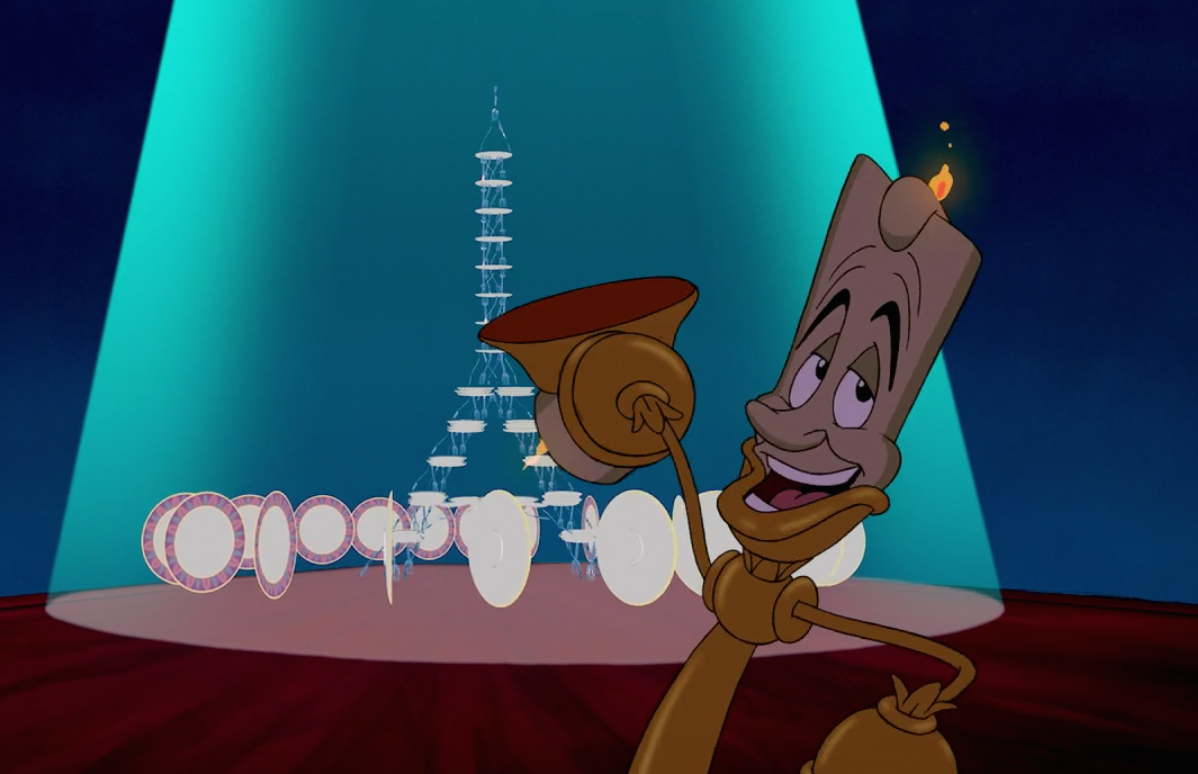 Menken is quick to remind me that no matter what accent McGregor is doing, “he’s so musical.” He could probably sing the song in his sleep, he’s so talented.

However, you can’t be so musical without witnessing one of the most *iconic* musical numbers of all time. At least he knows “Be Our Guest” now…and has also properly sang his way through it a few thousand times.

For this and so many more behind-the-scenes secrets from Beauty and the Beast, you can snag a copy of the movie on Blu-ray, DVD, and Digital HD on June 6th!