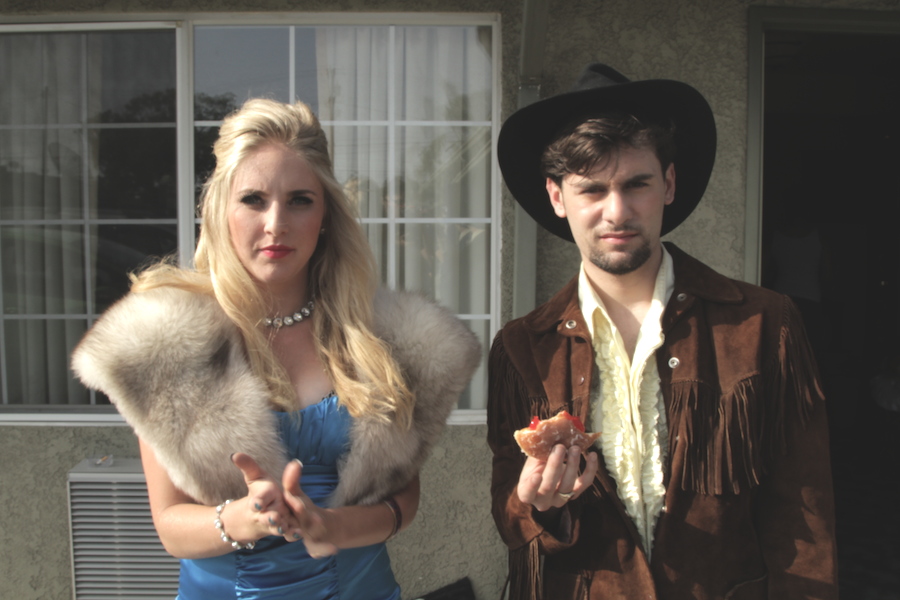 Today a new episode of the web series Beards is up on HelloGiggles! Here, co-creators of the series Dan Robert and Lisha Brooks talk a little bit about their inspiration for Trixie, the fallen homecoming queen from West Virginia at the center of the story.

The two of us have always had a love for period pieces. We learned this when we first met back in high school, when (speaking of period pieces) people used Razr flip phones to communicate, and Beyoncé was denying rumors she was married to Jay-Z. Such was the political climate when we began creating characters together, and some of these characters would go on to come to life in our series, Beards. Trixie and Jethro are two of those characters.

Every detail you see in this episode — from Trixie’s blue eye shadow, to Jethro’s rings, to Gammy’s birthday decorations — were the products of lots of conversations between the two of us, director JP Nickitas, and a knock-out design team.

We still remember the moment the two of us were shopping with our costume designer, Sarah Cascante, at a thrift shop. She brandished that blue dress off one of the racks, and it was total twisted love/hate at first sight. It was almost beautiful, but it was trying far too hard, with that unmistakable electricity of the early 1980s. It felt a lot like Trixie herself. 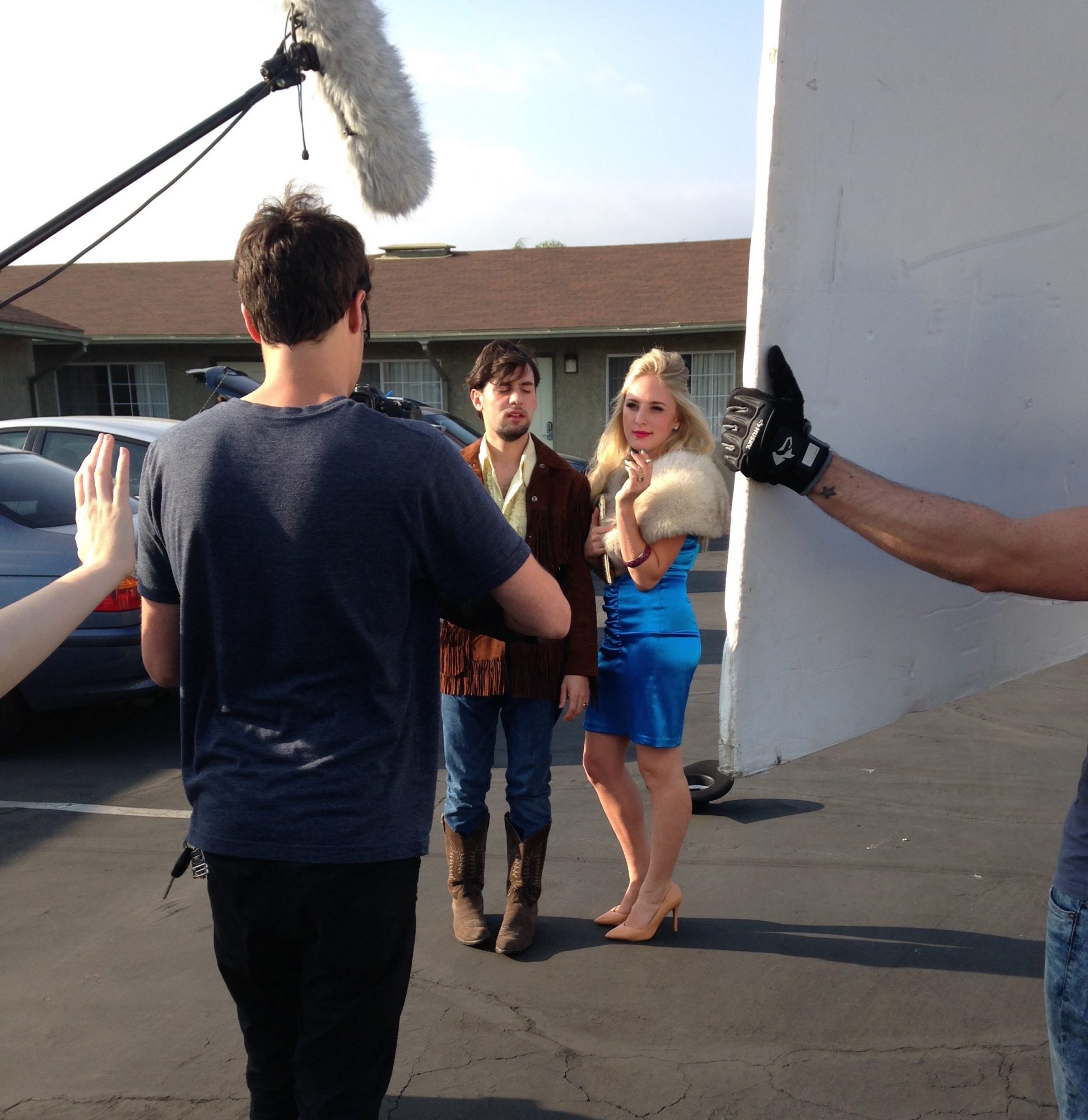 Trixie is probably our most unhinged character, because out of all the BEARDOs, she is the character who has the hardest time embracing who it is she really is underneath who she feels she must pretend to be – a woman finds herself under the thumb of a well-meaning but ultimately misogynistic spouse.

SPOILER ALERT: There is no clear happy ending for Trixie, but happy endings have never been our goal. Instead we aim to drop in on pivotal, difficult moments in people’s lives, finding humor and light in the face of pain. It’s always been our belief that humor can be the best way to shift perspectives and change people’s minds and hearts. Because despite fashion trends, and whether people communicate on Razr phones or iPhones or rotary phones, that’s an idea that’s timeless.