What Beanie Feldstein wishes her teenage self knew

When Beanie Feldstein dominates the big screen or belts out songs on Broadway, it’s hard to believe the actor was ever anything but intimidatingly confident. No matter the role, from Lady Bird‘s insecure Julie to Booksmart‘s know-it-all Molly, the 26-year-old always manages to come off so assuredly herself—and that goes for her off-camera life, too, as shown by her unretouched #AerieReal campaign or her Instagram freak-outs over Grey’s Anatomy. But while Feldstein may be fully comfortable in her own skin now, that wasn’t always the case. In fact, for a long time, the star of the new movie How to Build a Girl(available On Demand now) was insecure about one major quality: her own intelligence.

“I didn’t feel smart for a long time,” says Feldstein, speaking over the phone from her parents’ California home, where she’s been quarantining during the coronavirus (COVID-19) pandemic. “I went to an incredibly rigorous high school and all of my best friends were literal geniuses… and I always did okay, but eventually, I stopped applying myself because it hurt too much to try and not succeed. So I just kind of stopped trying.”

It wasn’t until getting to make her own curriculum in college, the Wesleyan alum says, that she started doing better academically and, as a result, finally gave herself some credit. “Believing that I’m smart and owning that—I think that took me a long time, and I wish I could give my younger self more confidence in that area,” Feldstein reflects.

One thing that might’ve helped? Having an on-screen heroine like How to Build a Girl‘s Johanna Morrigan to look up to. The 16-year-old (who’s based, in part, on Caitlin Moran, author of the novel the movie’s adapted from) is unquestionably bright, with an unflappable sense of self that comes entirely from within, not from how anyone else sees her. It’s not necessarily by choice; the product of a large, working-class British family, Johanna has well-meaning but distracted parents and not much in the way of friends. To succeed in her ’90s-set world (and Johanna, an aspiring music journalist, really wants to succeed), she has no option but to be her own champion, even if it’s not the norm for her peers—or, for that matter, the young female viewers watching the movie at home.

“In our culture and our society, I think teenage girls are told to create themselves for someone else, whether it’s for a group of friends they want to be a part of or for their parents or for a guy or for a girl,” says Feldstein. In How to Build a Girl, however, it’s clear that “you have to build yourself for you. And I think that’s a beautiful message.” 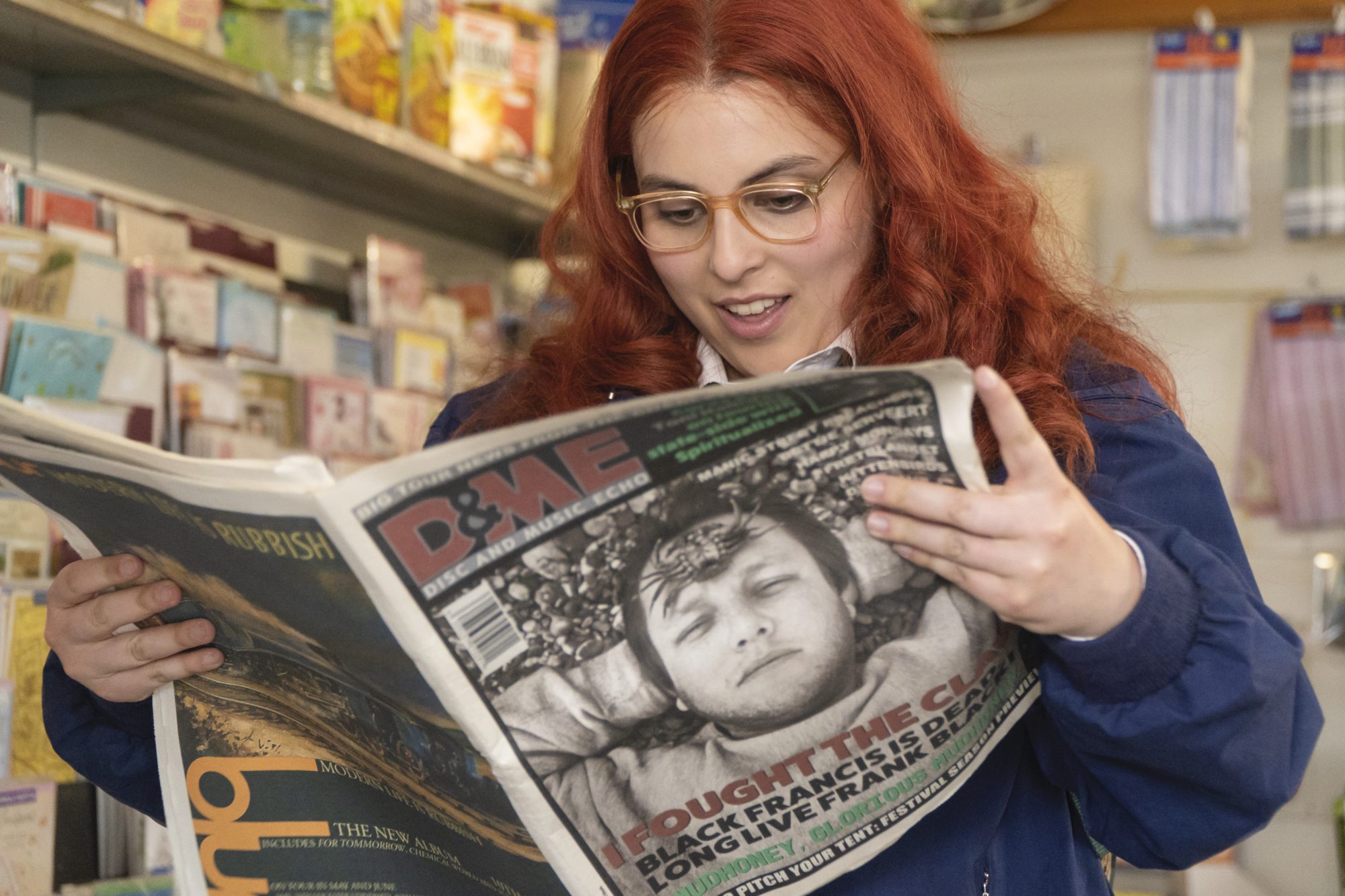 Johanna’s confidence certainly makes How to Build a Girl unique (when’s the last time you saw a 16-year-old waltz into a room full of men and demand they give her a job?), but more than that, it’s the fact that that confidence is never demeaned or punished. In countless movies and TV shows, teenage girls who dare to feel secure in themselves are forced to face consequences for their attitudes. They’re told to be less intense (i.e. Tracy Flick in Election), or to be “more like other girls” (i.e. Kat in 10 Things I Hate About You), or to feel ashamed for not being ashamed (i.e. every young female character who’s ever had sex and liked it). Not Johanna, though. In every scene, both the movie and the novel make sure to depict her self-assurance as a blessing, not a flaw.

“The word that comes to mind when I think of Caitlin’s writing is ‘free,’” says Feldstein. “She really celebrates what it means to be human, and specifically for young girls, who have never been given that kind of blessing by society.”

Especially when it comes to sex. In the film, Johanna sleeps with several men, but her actions aren’t meant to be “lessons” about making better choices or signs of her spiraling wildly out of control. They’re simply decisions she makes, void of any deeper meaning or judgment. 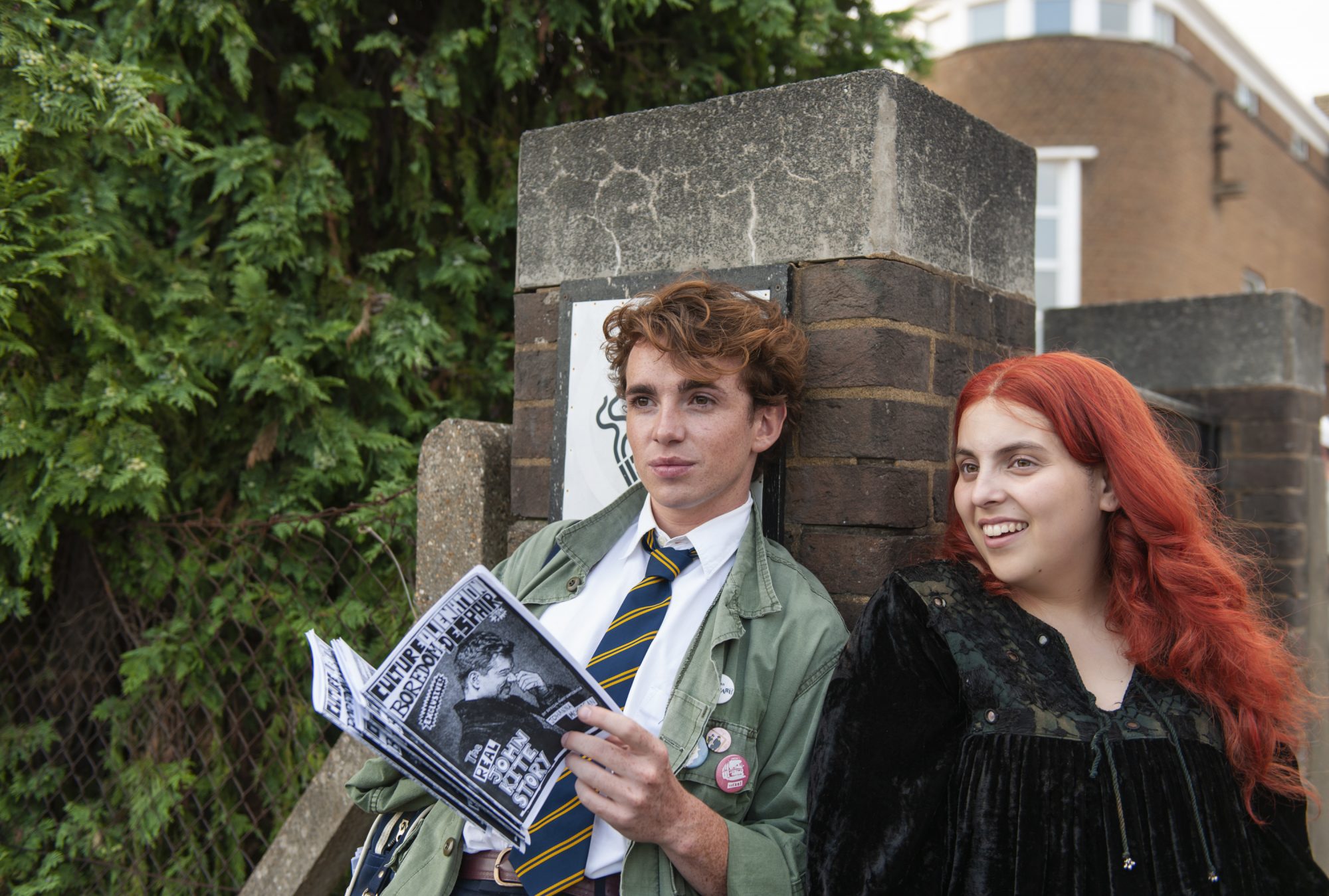 Even when Johanna messes up—and mess up she does—those mistakes are treated just as typical (and often necessary) errors on the journey to adulthood, rather than irredeemable character flaws. For Feldstein, a self-described “super Type-A perfectionist,” this aspect of the film was the most meaningful.

“I was really moved by the script for so many reasons, but I think the thing that stuck with me the most was the reminder to be kind to yourself,” says Feldstein. “You’re allowed to make mistakes—they don’t define who you are. You fold them into your identity and they make you stronger, but they’re not definitive parts of the way you have to walk through the world.”

For viewers living during the pandemic, she adds, we probably all could benefit from that message. “I think there’s a thing going around of looking at whatever people are doing and thinking, ‘well I wasn’t productive today,’ or, ‘I didn’t get in touch with anyone today that I haven’t spoken to,’ or all of these things we think we should be doing,” Feldstein explains. “What I love about the film is it asks you to not worry about what anyone expects of you and to just acknowledge yourself on your own terms.”

“We’re all just figuring it out,” she continues. “And no one knows how to do it perfectly. We all think everyone else has it figured out, but they don’t, and I think How to Build a Girl is a beautiful exploration of that.”

Feldstein’s referring to the movie’s themes, but the sentiment also applies to the film itself. It was originally meant to be released in theaters with its star leading a globe-crossing press tour, but sadly, the pandemic made that impossible. Instead, How to Build a Girl will now only be seen via streaming, and when discussing the change, Feldstein—a clear extrovert who calls herself a “people person”—doesn’t hide her disappointment.

“I miss getting to talk to people right after they’ve seen the movie, especially young people, and that big, community feeling of movie watching,” she says. “Of course, I am so sad that How to Build a Girl won’t get to have that.” At the same time, though, Feldstein’s genuinely glad the movie’s coming out right now, at a time when entertainment is a necessary distraction for countless people stuck at home.

“I think it is important to have moments to take our minds off of [the pandemic], or to escape into a different world, or to witness a really incredible story,” she says. “And I think How to Build a Girl is full of hope. It’s such a hopeful story, and it’s such an imaginative, joyful story.”