FACT: Anything that involves an appearance from BB-8 makes the situation about 200% cuter. So it should come as no surprise that whenever BB-8 shows up somewhere unexpected, he’s met with gasps and squeals of delight. It’s just a thing that happens. 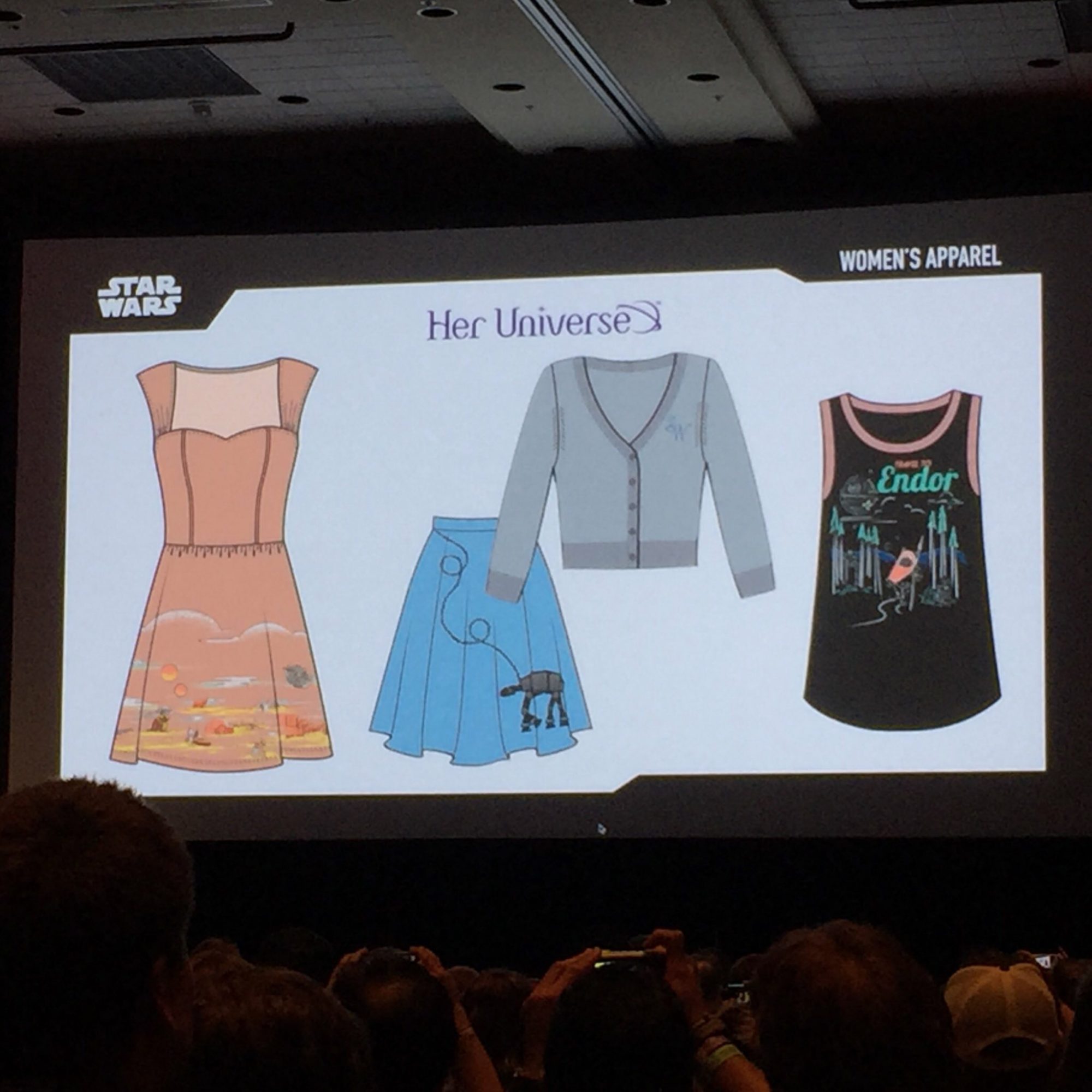 The skirt actually comes in two different designs, an AT-AT one (which Ashley happened to be wearing) and a BB-8 one too. The AT-AT skirt got some applause from the crowd, but it wasn’t until the BB-8 one was unveiled that people actually CHEERED.

Because, for starters, who doesn’t need a poodle skirt for everyday wear? And two, BB-8 POODLE SKIRT. 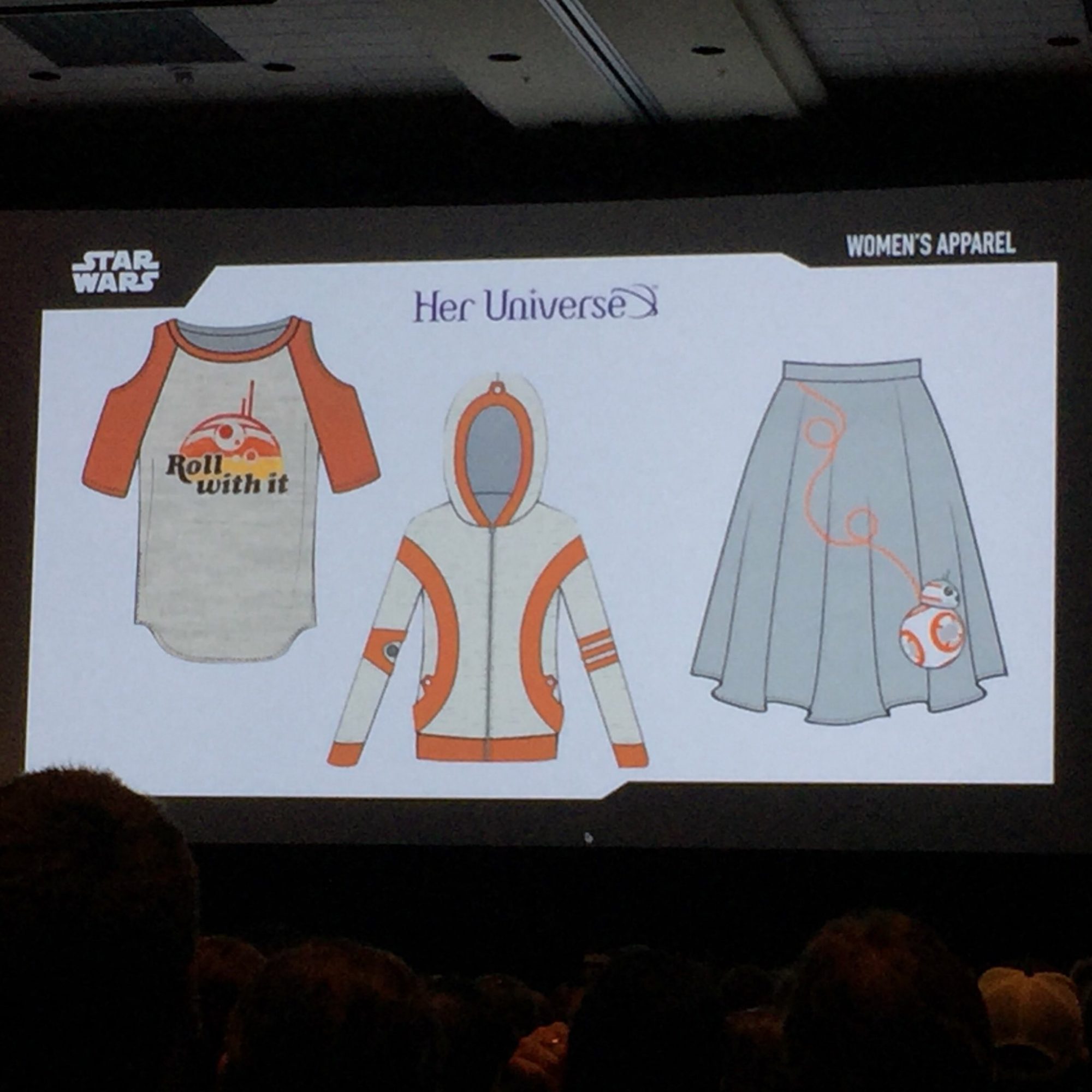 Also that other BB merch isn’t so bad, either.

These latest additions to the HerUniverse collection will start rolling out later this year, and if you think we’re excited, Ashley’s even MORE excited (she firmly believes that needs to be more Star Wars representation at Dapper Day, so thus the poodle skirts, and also YAS). These items will actually roll out at the Disney Parks first, so start planning your next vacation to the happiest place on Earth to snag one of these amazing twirly skirts.