Aww, if you’re like many of us, you miss Barack Obama ~so much~. Barack Obama’s LinkedIn page says he’s still POTUS, reported Mashable, and it’s bringing up all sorts of feelings. By seeing his picture and “President of the United States of America” under his name, our hearts just cried.

Of course, the former president has been ~busy~, from he and Michelle going on vacation to Obama taking Malia to a Broadway show.

Yup, the latter just happened yesterday. The two went to see Arthur Miller’s The Price. Awwww. So, one possible reason that Obama hasn’t changed his LinkedIn profile is because he’s been swamped with everyday non-POTUS-related life. Riiiight?! 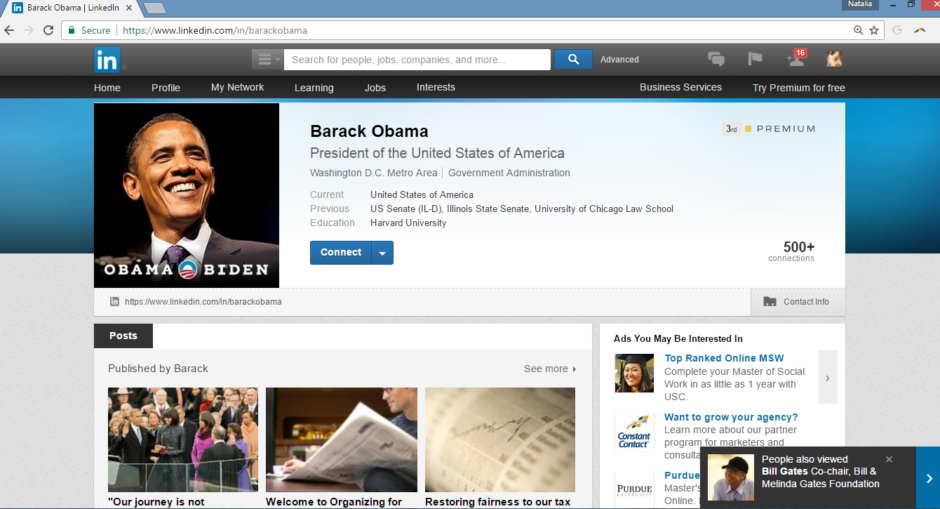 Or maybe, just maybe, he still wants to be president?!

And, of course, you can keep scrolling down Obama’s LinkedIn page for more… 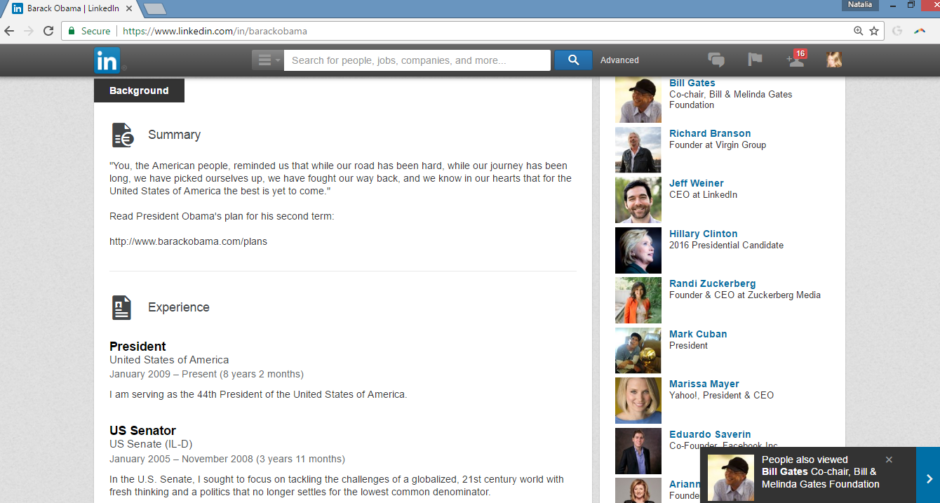 …but, personally, we had to stop — our hearts couldn’t handle it. 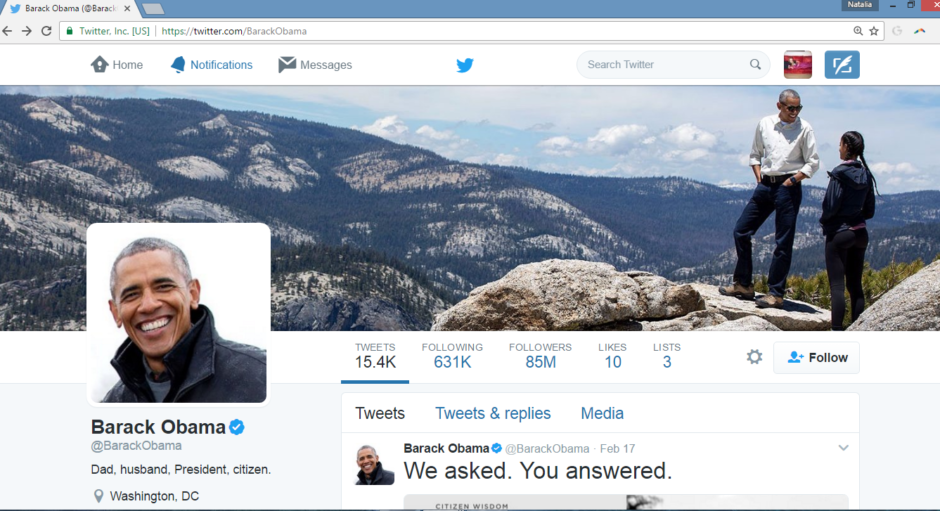 Yup, still “President” — in present tense. However, once you scroll down his Twitter page a bit, he talks about being POTUS in the past tense. ?

Confusing, right?! I guess the wishful thinkers in all of us hope Obama will be POTUS again. Meanwhile, we’ll see if he changes his social media statuses. In any case, #wemissyouobama.