What happened when I started using baking soda as my shampoo

The last straw came in early 2015 when I shaved half my head and found that the skin underneath all that hair was gnarly. It was scaly, red, and there were small pieces of dead skin flaking off everywhere. After a mini-anxiety attack, I started researching all the potential ways I could get rid of this monster-like scalp.

The powers of baking soda were the first thing that came to my mind, and after I read up on all the amazing qualities, I was sold. First of all, it’s the perfect product for people with dry, scaly scalps. You see, shampoo strips your hair of all its natural oils, encouraging your scalp to produce too much oil. But baking soda gently balances out your pH levels instead, and your scalp learns to produce just the right amount of oil.

Plus, there are a whole lot of nasty chemicals in the shampoo you buy at CVS. Just to name a few: sodium lauryl, laureth sulfate, parabens, fragrance, and diethanolamine. But baking soda? Just a natural chemical compound NaHCO3.

This was my hair before I started using baking soda:

And this is what it looks like after I switched over to baking soda shampoo. In this pic, I hadn’t washed my hair for two days, and there was very little product in it. There was more lift, more body, just more oomph in general.

In theory, the baking soda method sounds pretty easy. You combine one part baking soda with three parts water, apply at the roots, wait 1-3 minutes, and then rinse with warm water. If you’ve ever read about the no-poo method, you’ve probably read these simple instructions before.

I was skeptical at the start, I must admit. But I committed right off the bat, throwing away all the bottles of shampoo in my bathroom. What came next was pretty surprising. Within a week, the flakes were starting to go away. I saw less dandruff, and my scalp wasn’t itchy anymore. Two weeks later, I could tell a big difference with the texture — there was so much less grease and a lot more healthy shine.

So now I’m here to try to convince you. As easy as the method sounds, though, there are a few other tips out there that you may have never considered. When you hear how effective they are, you may have no choice but to come over to the ~dark~ side. Here are six hacks for using baking soda as your new shampoo:

When I first started the no-poo method, I was following a silly routine. I would keep a small tupperware of dry baking soda in the bathroom, and during my shower I would take out a small pile onto my hand and try to mix it in the palm of my hand with water. It was a horrible system that was messy and inefficient, and I ended up using a lot of product.

Instead of repeating my mistake, concoct a large batch all at once and put it in a squeeze bottle. That way, you don’t have to do any mixing in the shower when you’re standing there soaking wet.

Include a few drops of castor oil 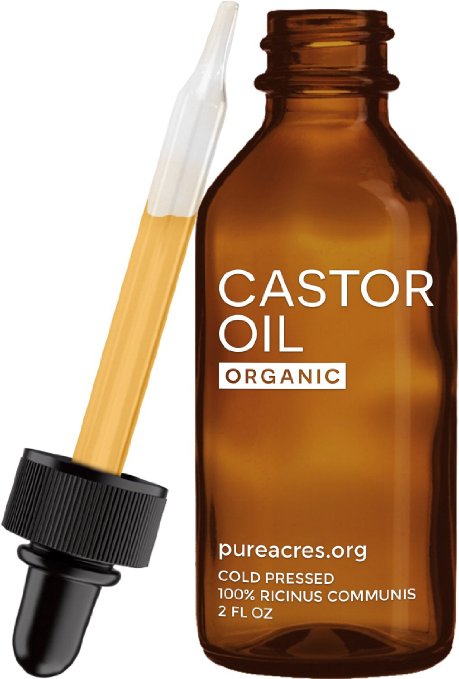 Your new shampoo doesn’t have to only be baking soda and water. How boring would that be? Besides, one of the things we love most about shampoo is how pretty it makes our hair smell afterward. Well, problem solved.

Get your hands on some castor oil (peppermint or lavender scent work the best, in my opinion), and mix into your batch about 10-15 drops, depending on how strong you want the smell to be. You’ll come out of the shower smelling super duper fresh. It might tingle on your scalp at first, but that’s perfectly normal. Any stinging, on the other hand, is an indicator that it may be time to back off the castor oil.

Lemon is known to get rid of dandruff, so if you’re one who regularly finds those white flakes on your t-shirts, it might be time to give your scalp some extra TLC. Either squeeze out the juice of a lemon on your own, or buy a jar of fresh lemon juice from the grocery store. Add several drops to your baking soda mixture, and wash normally.

Double rinse if you have thick hair

Baking soda tends to clump up pretty easily, so if you’ve got thick locks, you may have to pay a little more attention to your rinsing process. The second time you rinse, you can even toss your head upside down to make sure you get into the little nooks and crannies that you may have missed out on the first time. Because if you have baking soda residue built up on your scalp, it might actually encourage your scalp to produce more oil. We definitely don’t want that happening.

Use an apple cider vinegar rinse as conditioner

You might be wondering what you’re supposed to do about your conditioner after you switch up your shampoo routine. Well, there’s no point in sticking to the commercialized stuff, as it would defeat the whole purpose of saying no to artificial chemicals. Lucky for all of you out there who love shiny hair, there is an easy intensive conditioner you can cook up at home.

Mix one part apple cider vinegar (the more natural and organic, the better) with four parts of water. Then, pick your favorite essential oils scent — peppermint, lavender, etc. — and put a few drops in the mix so you don’t walk around smelling too vinegary. Make it in bulk and place it in another squeeze bottle in your shower. After you’ve rinsed off the baking soda, apply it, and rinse with cold water.

The best part is how well vinegar and baking soda get along; the former takes care of shine, moisture, and frizz, while the latter balances out the overall pH levels. They were made for each other

Save the extra baking soda to use as dry shampoo too 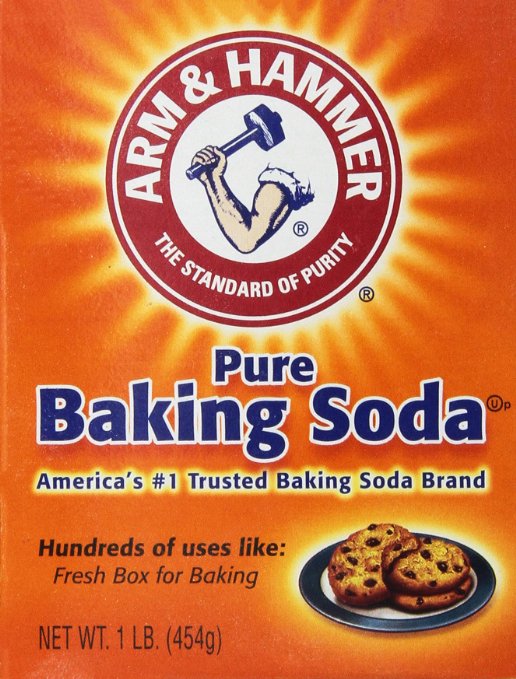 We all find ourselves in a pinch every now and then, when we don’t quite have enough time to fit in a shower. Don’t even sweat it, my friend. Just sprinkle some baking soda onto your roots, flip your hair upside, and tousle it all in. It’s way cheaper than purchasing the pretty pink cans of dry shampoo at the store, and it probably works just as well.