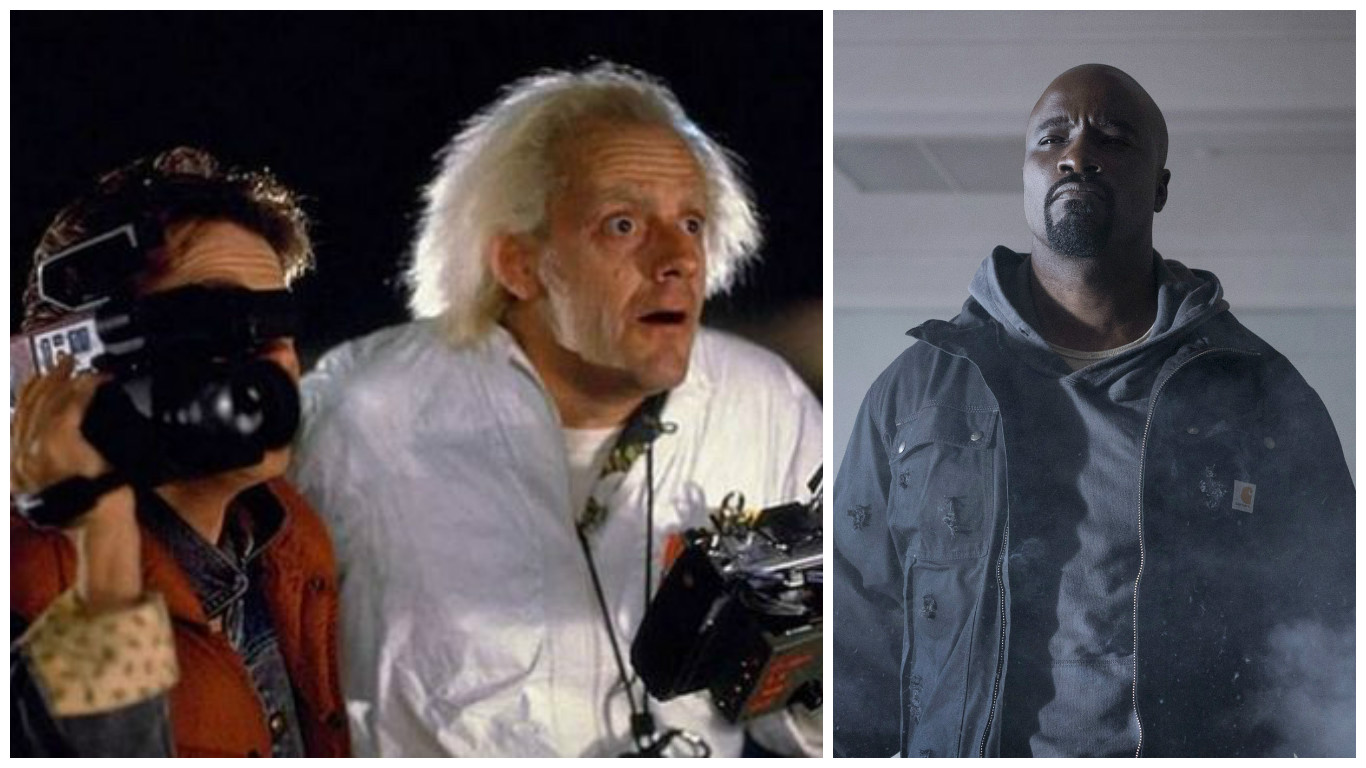 Sweet Christmas, this is heavy. If you spent all weekend binging Netflix’s latest Marvel outing, Luke Cage, read on. If not, come back after you’ve made it to the end of Episode 13 because there are some (light) spoilers ahead.

Like many Marvel shows (or movies) before it, Luke Cage is full of all sorts of amazing little Easter eggs for those eagle-eyed fans on their first — or third — binge. Luke Cage is no different, and without spoiling too much, Thor’s hammer is talked about a lot during the show, along with some vague references to Nelson and Murdock, attorneys at law.

But it's the tiny Back to the Future reference that has caught our attention right now.

As pointed out by Redditor Leahcimwerf, during Episode 10, “Take it Personal,” when our strong female lead, Misty Knight, is looking through articles about Luke Cage’s past, she comes across an article titled, “Martin Brown Commended.” Does that name ring a bell?

While in Back to the Future, we have Emmett Brown, Martin Brown is 100% a veiled reference to one of our favorite Docs. According to the newspaper article, this Martin Brown created something called a “thrust capacitor,” that could one day make time travel possible. SOUND FAMILIAR? 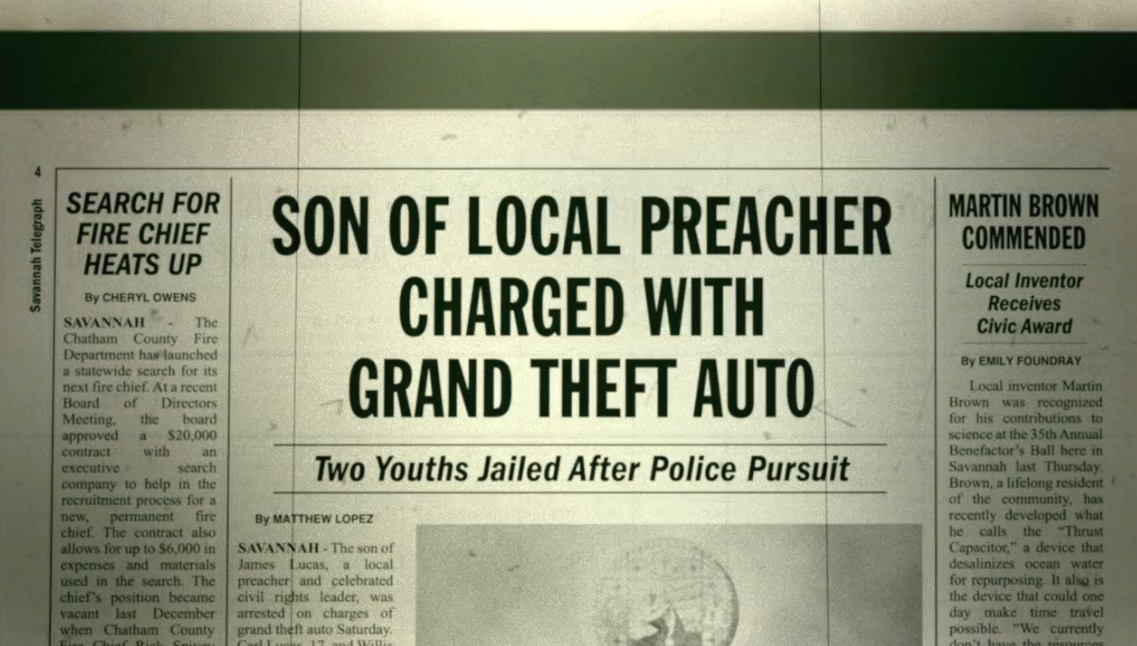 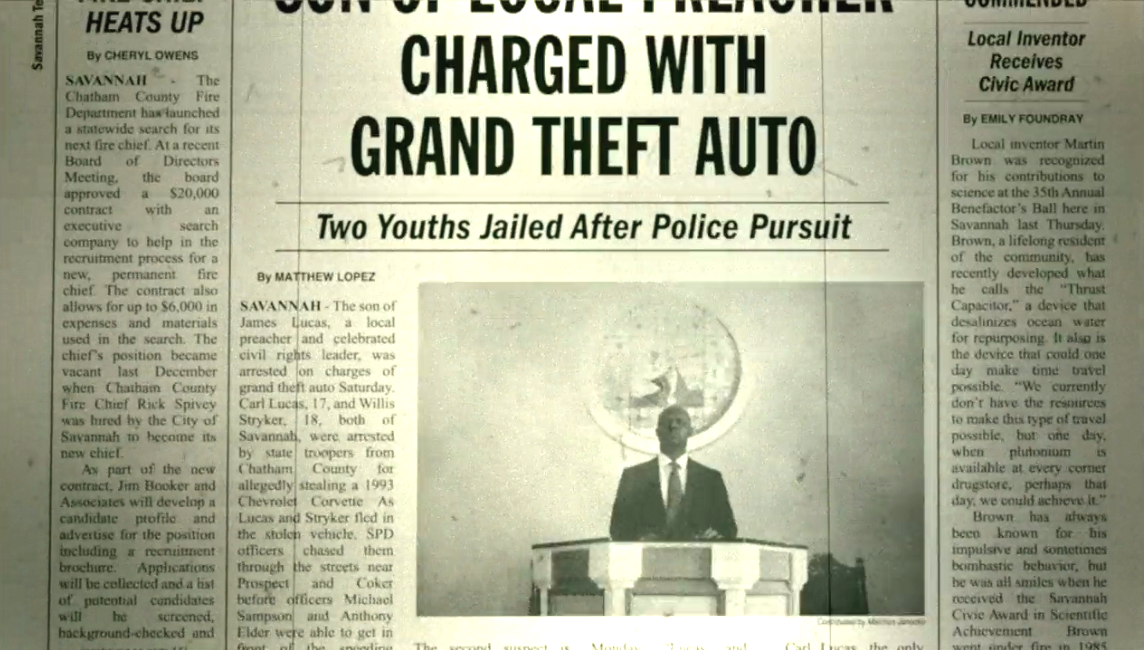 The tiny print is kinda hard to read, so we transcribed it, you’re welcome:

Local inventor Martin Brown was recognized for his contribution to science at the 53th Annual Benefactor's Ball here in Savannah last Thursday. Brown, a lifelong resident of the community, has recently developed what he calls the 'Thrust Capacitor," a device that desalinizes ocean water for repurposing. it also is the device that could one day make time travel possible. "We currently don't have the resources to make this type of travel possible, but one day, when plutonium is available at every corner drugstore, perhaps that day, we could achieve it." Brown has always been known for his impulsive and sometimes bombastic behavior, but he was all smiles when he received the Savannah Civic Award in Scientific Achievement. Brown went under fire in 1985...

And that’s where it trails off.

Do you know what this means? Back to the Future is officially part of the Marvel universe! Okay, probably not, and this is just a really great, clever easter egg. But let’s not put it past Marvel to figure out a way to work in Marty McFly. Stranger things have happened.