How The Baby-Sitters Club helped me survive middle school

During the summer between fifth and sixth grades, I found myself facing the biggest change in my 12-year-old life. After redistricting occurred in my town, I learned suddenly that I would be attending a different middle school than the majority of my childhood friends. I would be forced to leave some of my best pals behind and find my place among a completely new group of kids. It felt like an epic tragedy.

In the midst of all this preteen turmoil, our family’s annual beach trip came as a welcome respite. Yet, at the beach, I found myself at another unexpected crossroads: No longer a child, I’d outgrown building sandcastles and playing the juvenile beach games that my younger sister enjoyed. Not yet a teenager, I wasn’t quite ready to join the bikini-clad girls stretched across neon-colored towels, working on their tans and giggling about boys.

I walked the beach and waded into the surf, feeling even more out of place and continually caught between two worlds.

Back at home the next morning, I woke up to the sound of rain tapping on my bedroom window. Parting the thin slats of the blinds, I watched water fall in sheets from an angry gray sky. I was grateful to have a sullen sister in Mother Nature. But just a few hours later, I knew I needed to get out. I rifled through the closet in my bedroom until I found some suitable gear for an outdoor trek into the elements—a crinkled vinyl raincoat and a battered umbrella. My destination? A small local bookstore just down the street. 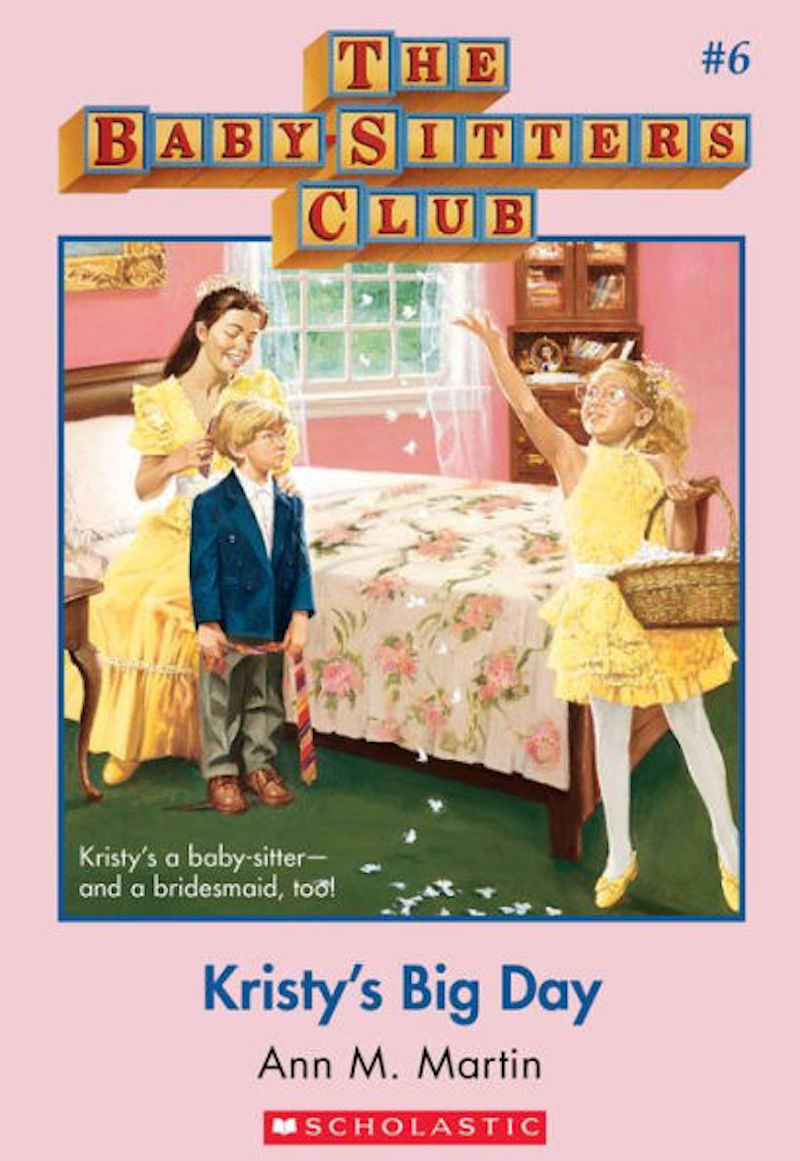 I’d long been a reader. As a kid, I relished visits to the library. My mother would drop my sister and me off in the children’s section just long enough to run upstairs to snag a Stephen King novel as we curled up in one of the lumpy bean bag chairs, re-reading Jumanji or Where the Sidewalk Ends. I loved roaming the stacks, running my fingers across the spines of the books, feeling their slick plastic jackets.

Now that I’d gotten a bit older, I shirked the kiddie novels I once loved for the young adult section, feeling instantly more worldly and sophisticated by choosing a title categorized under the word “adult.” On this day, I skipped the thin Sweet Valley Twins books in search of something a bit more substantial and paused on the row of pastel-spined Baby-Sitters Club books.

Ann M. Martin published the first volume of the series, Kristy’s Great Idea, in 1986. The book introduced us to a group of preteen friends—Kristy, Stacey, Claudia, and Mary Anne—who decide to launch their own business babysitting neighborhood kids. The series grew to include more than 100 novels, not to mention spinoffs, a graphic novel, a television show, and even a 1995 movie.

And now, The Baby-Sitters Club is getting a reboot for a new generation. Audible recently announced it is producing audio versions of all 131 titles that will be available in August, with actress Elle Fanning reading the first five books. This comes on the heels of Netflix’s announcement of its own rebooted Baby-Sitters Club series, to be written by GLOW and Supergirl alumnus Rachel Shukert, with Broad City’s Lucia Aniello directing and Alicia Silverstone starring.

In the books, Kristy and the gang were navigating the tenuous bridge between childhood and young adulthood—just like I was. The challenges they faced—parental disagreements, acclimating to new schools, bodies that seemed to change overnight, and burgeoning romantic relationships with boys—reflected the same conflicts in my own life. As I devoured that first book, I began to realize that I wasn’t as alone as I felt—the apprehension and uncertainty about where I belonged was a totally normal part of growing up.

That rainy day, I found a guide to help me through this season of change in my life. Over the next few years, I stuck with The Baby-Sitters Club, following their ups and downs as I weathered my own. And I drew inspiration from their portrayals of strong female friendships and powerful girls—young women who had the moxie not only to start and run their own business, but to stand up for what they believe in and support each other. Even if it wasn’t the popular thing to do.

I hope the Netflix series captures that spirit. In a world that increasingly seems to pit young girls and women against each other, The Baby-Sitters Club stands as a great reminder that when girls work together and support one another, we can do almost anything.