When it comes to dating, I always seem to be stuck between the notion of “putting myself out there” and the idea of waiting for love to find me. However, unless you count the pizza guy delivering a large pizza, a 2-liter soda and bread sticks to my door at 10 p.m. on a Friday night, I have no reason to believe that sitting around and waiting for a guy actually works.

My burning question is always: How much is too much when it comes to putting myself out there? Last year, I decided to go above and beyond, and do something I never dreamt I’d do: I auditioned to find love on The Bachelor.

First things first: I am a Bachelor/Bachelorette fanatic. I live-tweet and blog about the show every Monday night, and I LIVE for the dramatic production, the crazy cast and Chris Harrison’s comically obvious statements, like, “Ladies, this is the final rose tonight.”

While watching the show one night, I saw a casting call in Costa Mesa, CA. Oh my God, what if I actually went to the audition? Turns out, a few of my friends also saw the casting call because I started receiving texts telling me I needed to audition. Although I wasn’t sure if their suggestion was to get me to shut up about my non-existent love life or to get me to stop blowing up their Twitter feeds every week, about five minutes later, my mouse magically double-tapped the “Submit Application” button.

The morning of the audition arrived and I decided to use the day as excuse to pamper myself. I made an appointment at DryBar, glued on my fake eye lashes and even bought one of those sexy body chains that went straight down my cleavage. Yeah, it was over the top, but I’m not going lie: I felt great. 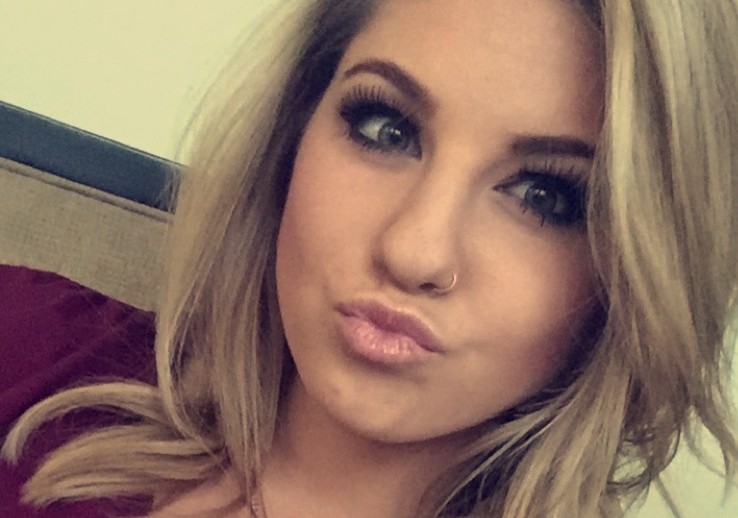 I got to the hotel where the audition was held, and as the elevator doors opened to the second floor, I was bombarded by the overbearing scent of perfume, hairspray and a flashback of sorority recruitment, except the chosen house at the end of the process would be inhabited by Ben Higgins instead of 85 vocally-challenged women.

As I walked down the long line of twenty-something women to check in, each contestant and I casually looked each other up and down, however, every glare ended in a guilty smile, after we both realized we were in the exact same boat. 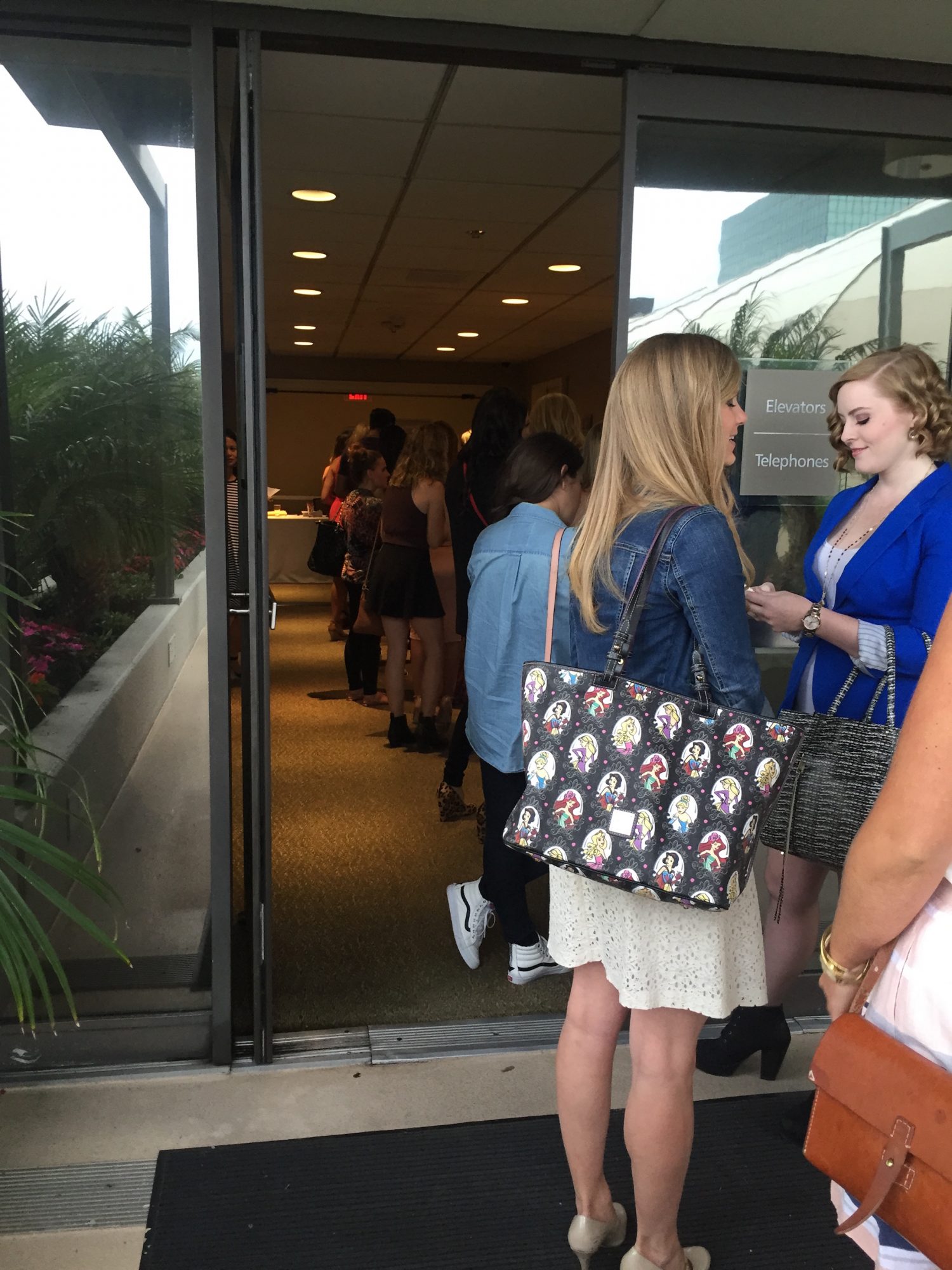 While in line, the girls behind me broke the awkward silence by asking what we all thought of the final two remaining men on the current season of The Bachelorette. Although I initially thought what every girl was thinking when they took their place in line that day (you’re not here to make friends, Alex), I couldn’t help but chime in with my two cents because these girls were genuinely nice people.

I got to the front of the line, where I was handed a thick packet of questions. Pretending I didn’t already have a pen in my purse, I asked if I could take an official The Bachelor pen with me. My logic: The only souvenir I would be taking home at the end of this process was either this pen or an engagement ring, and I knew it probably wasn’t going to be the latter. 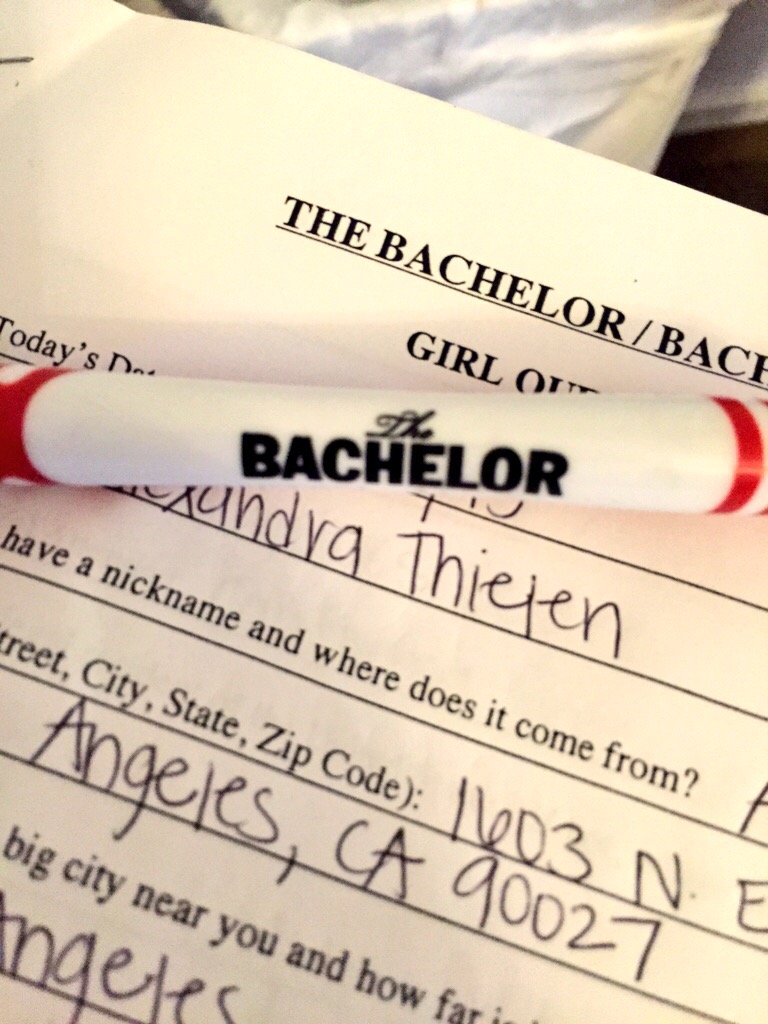 I began filling out the lengthy questionnaire:

Do you drink alcohol? I wondered how I should answer this, feeling judged. Only on weekends, I swear!
What is your favorite alcoholic drink? When I’m ready to party, or when I’m trying to be classy?
Do you have any special talents? Uhhh, I can spit a mad rap inspired by Nicki Minaj or A$AP Rocky…?
List three adjectives that would surprise people about you. This should be good: Awkward, emotional, sassy?
What were your past relationships and why did they end? Ok, how much time do you guys really have?

Come and get it, Ben.

I felt confident my chances after filling out the application were nearing slim to none. As I turned my packet in, I felt like a college student who hesitantly handed the professor my final paper, knowing that there was zero possibility I’d receive anything higher than a big fat “F.” But then it came time to take my picture. I was handed a whiteboard to pose with, showing my name and phone number. The photographer, who was probably getting a kick out of my “trying too hard” demeanor and awkward sorority pose, took about 800 pictures of me in a massive ballroom where all the other hopefuls were waiting.

After my comical photo shoot, I waited in line with a few other girls for the on-camera interview. Making nervous small talk with them, I felt better knowing that most girls felt just as weird being there, and many, like myself, would make the excuse, “I’m just doing this as a joke.”

Then came my turn for the interview. Don’t you dare say anything awkward or stupid, Alex. This is your chance. I entered an empty room with a tripod holding up an ancient, handheld video camera and a male producer awaiting my arrival. It was uncomfortable, to say the least.

The producer began by asking me general questions like, “Name, age, what you do, where you live.” Then he got a little more in-depth and asked about my hobbies and interests. Umm, do binge-watching Game of Thrones and having a karaoke sesh to “Let It Go” while nobody is home count as hobbies?

“I blog, in the winters I snowboard, oh and I’m a cheerleader,” I answered, and then mentally kicked myself. Cheerleading? WTF, Alex, you haven’t cheered at all in three years! Let’s see you try do the splits now.

The answer turned out to be a mic drop—literally. At that exact second, my microphone somehow managed to pop right off of my shirt. I awkwardly laughed and bent down to pick the mic up and clip it back on. The rest of the interview was a blur and I finally walked out, relieved that my audition was over.

Obviously, my audition to find love on Season 20 of The Bachelor didn’t end in a true love, but what I took away from the experience was so much greater than a massive Neil Lane engagement ring.

When I first decided to audition, I, along with my mother, was terrified that this was process was going to squash any ounce of self-esteem I had worked so hard to build up the past couple years. But as I left the hotel that day, I had ZERO negative thoughts—about myself or the other girls. Quite the opposite, actually.

Shockingly enough, I left feeling better about myself than I had in a long time. I not only felt like I was just as beautiful, smart, and nice as anyone else auditioning, but everything I wrote or said in my audition was 100% real and just me.

Although everything about the process seemed designed to obliterate my self-esteem, auditioning for The Bachelor helped me realize just how much I had grown. I was surrounded by hundreds of stunning and genuinely nice women, who any guy would be lucky to date. We all auditioned that day with a little faith and a lot of vulnerability, and I realized that no matter how skinny, curvy, tall, awkward, shy, damaged, confident or whatever else these girls and I were, we were ALL equally capable of finding love and being loved.

Filed Under
love • the bachelor
Latest