TV sisters Ariel Winter and Sarah Hyland just took BIG fashion risks at the Emmys and we love them both!

All hail the Modern Family sisters! Ariel Winter and Sarah Hyland hit the Emmy Awards’ red carpet on Sunday and proved they aren’t afraid to take fashion risks. The two actresses might not have walked the red carpet together, but they both slayed it with their outfit choices.

While Winter dazzled in blinged out gown, Hyland opted for a totally unconventional option and we loved them both.

Ariel Winter, who plays Alex Dunphy on the ABC comedy, is no stranger to sexy ensembles, and her look at the 68th Primetime Emmy Awards was no exception. 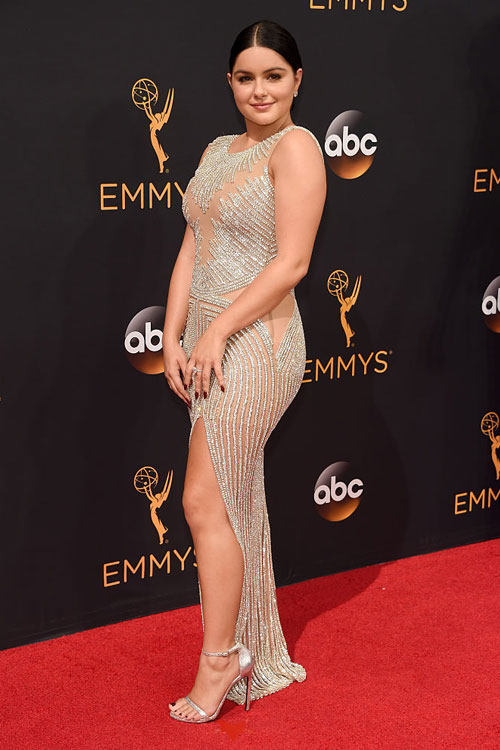 Winter showed off her curvaceous figure in a sleek and sexy gown with a slit on the side. She kept it simple in the hair and makeup department by rocking a slicked-back, low bun, and a more natural color lip, which just made us focus more on the nude and diamond-crusted gown. Seriously, it’s so sexy! 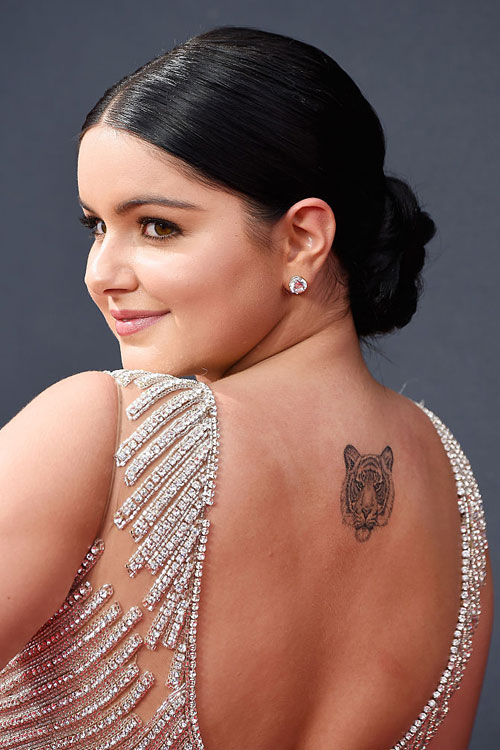 If Winter’s Yousef AlJasmi gown looks familiar, it’s because Kylie Jenner just recently donned a shorter version of the frock while out in New York City. Jenner added a jean jacket for a more on-the-go look that is equally gorgeous, but Winter’s more dramatic length and open back detailing wins our “who wore it better” vote! 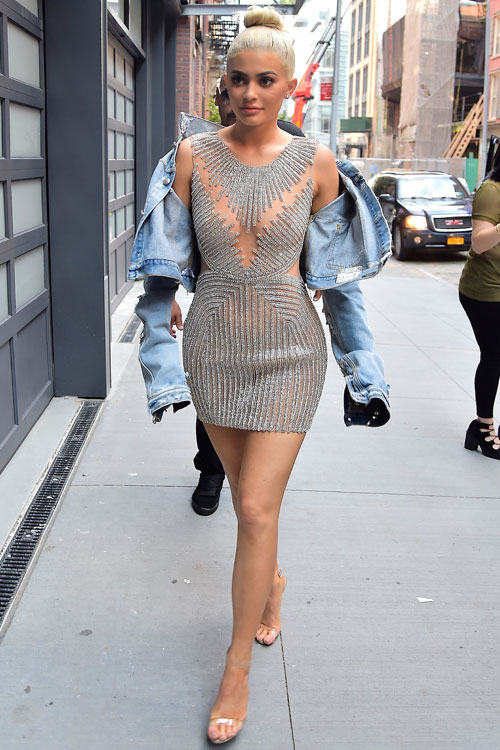 While, Winter’s sheer, body-hugging gown was definitely a showstopper at the Emmys, her on-screen sister, Hyland, who plays Haley Dunphy, also took a fashion risk and nailed it. The 25-year-old New York native didn’t wear a traditional dress on the carpet, instead she opted for a pant, dress/top combo. 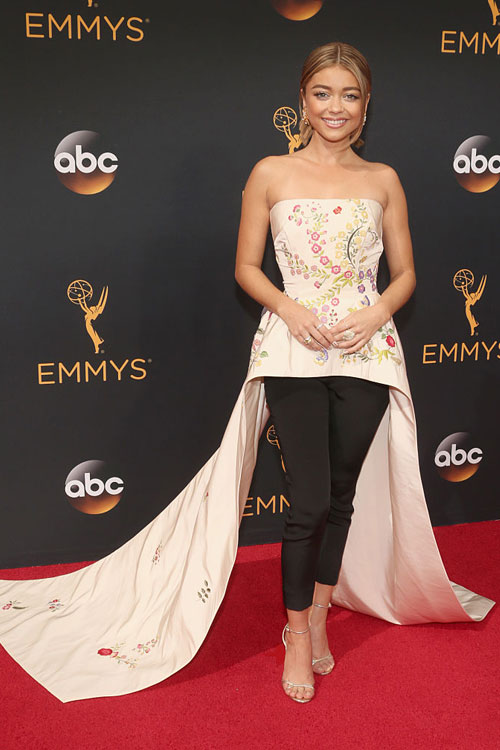 Hyland made our jaws drop as she stepped out of her car and posed on the carpet. She donned a Monique Lhuillier floor-length, strapless top that opened up and showed off her legs and sleek black pants. Plus, that embroidered bodice detailing is ah-mazing. 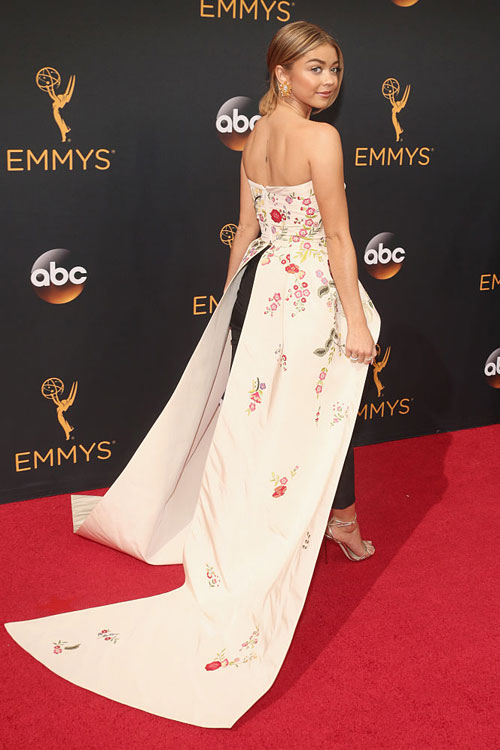 Which Modern Family star’s look is your favorite?