We stan Ariana Grande for many reasons: The pop princess is not only a great feminist role model, but she’s obviously an incredibly talented singer and performer. In fact, the 26-year old is nominated for five Grammy awards for her album thank u, next, her hit-single “7 rings,” and her pop duo with Social House “boyfriend.” Ariana is set to perform at Sunday night’s awards, but before hitting the stage, she hit up the red carpet in a stunning Giambattista Valli gown that’s undoubtedly fit for a princess.

The strapless grey gown is custom-made, which is a rarity for the Italian designer who doesn’t tend to create unique designs. The strapless gown is fitted, and it puffs out at the waist into voluminous waves of tulle. Ariana paired the Cinderella-worthy dress with silky gloves that go past her elbows, and topped the look off with her signature high ponytail. 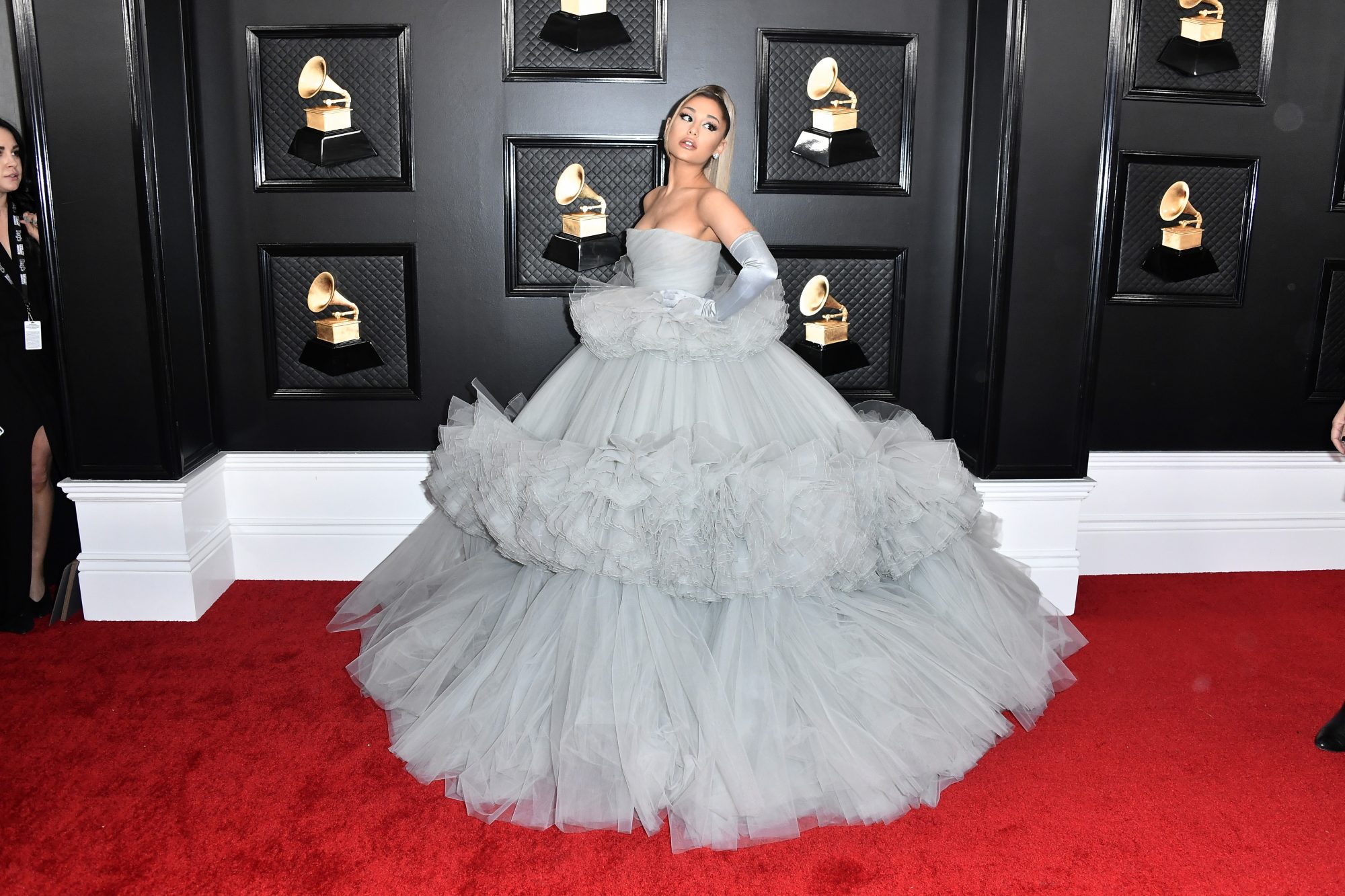 Before awards shows, celebrities are given multiple outfit options, so how did Ariana decide on this tulle number? Her stylist, Law Roach, reportedly cried when he saw her in it—we get it, she looks stunning. According to Roach, Ariana will continue this grey theme into her performance during the show as well, so we just have to wait and see what other outfits she will wear through the night.