There’s some very exciting news out of Gotham City right now: Margot Robbie’s Harley Quinn spin-off movie is HAPPENING. Margot has actually been working towards getting this movie off the ground since even before Suicide Squad hit theaters this summer. It just feels like all is right in the (female-driven) DC World right now. While Margot will obviously be reprising her (obviously) iconic role of Harley, it’s time to talk about the fact that Anne Hathaway should 100% play Catwoman for Gotham City Sirens.

This isn’t just some crazy idea. Anne wants it to happen, too. While, yes, she has already played the role of Selina Kyle for The Dark Night Rises, she’s been not-so-subtly sprinkling the idea of returning to the character again for the past five years.

All the way back in 2004 — so, two years after The Dark Knight Rises — Anne told IGN that she “would be totally up for [playing Catwoman]” again, and WHY IS THIS NOT A THING YET? 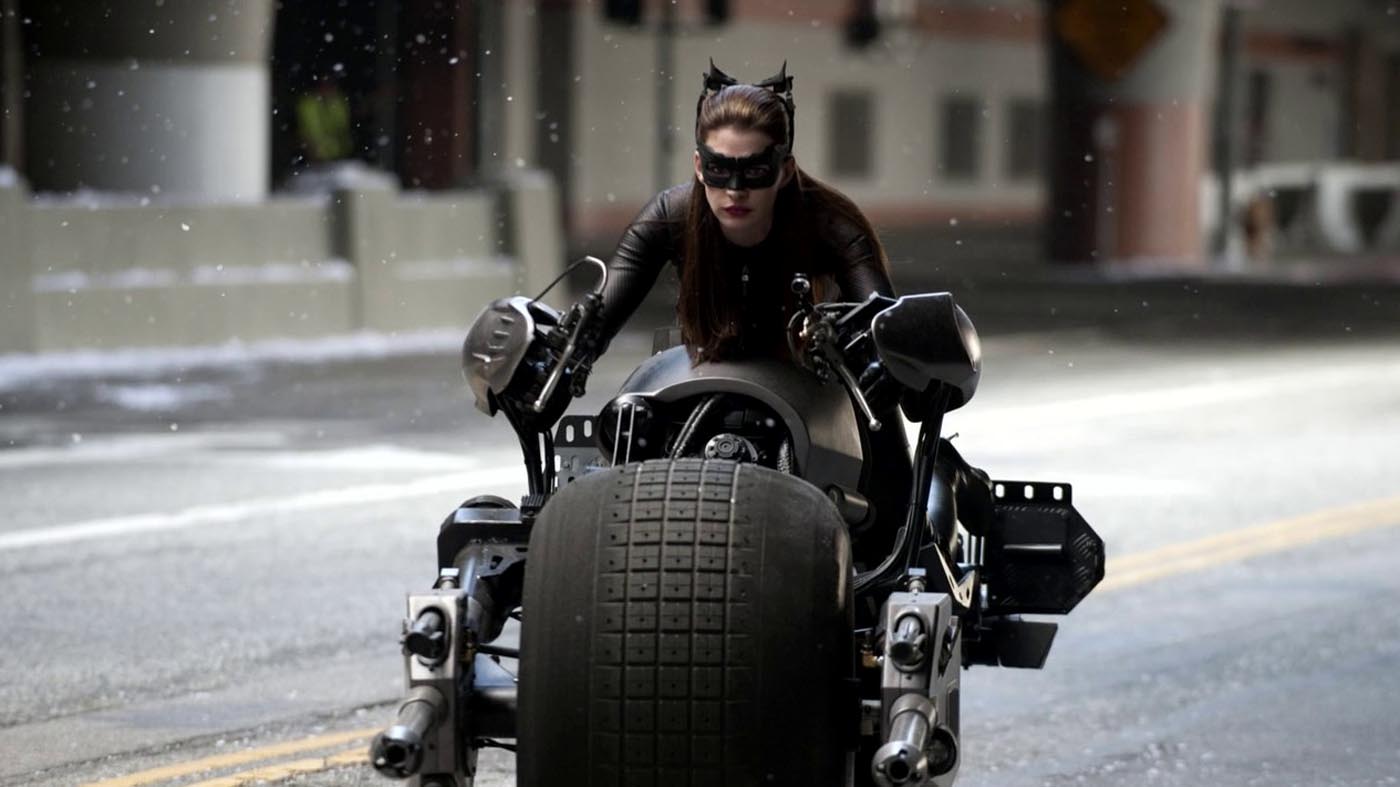 “Oh yeah that’d be fun," Anne continued. "I’d definitely love that. I want to play her again. I don’t know – this is just speculation, because I do think about it sometimes – I think she’s got an amazing backstory and it would be great to see her get her own film. But I don’t know – she is someone who… mystery serves her well so I don’t know what a whole film would do. But who knows?

Earlier this year, Anne once again brought up Catwoman to Variety:

"I loved that character and I had such a blast playing her, Hathaway said. “I’m not sure how it would work because I think the Chris Nolan chapter of the Batman story has been wrapped up and I’m part of that, but I love the DC Universe and it would be fun to take a trip back.

It would be fun to take a trip back. Is that time NOW?

While this is like, a ? idea, logistically, it might be a little bit hard to pull off. You know, because of the fact that now we’ve got two different Batman (and, DC) universes, and that means we’ve got two different Catwomans.  However, there are theories out there that this new DC universe is connected to Christopher Nolan’s OG Batman movies, which would obviously lend to Anne totally being able to reprise her role, no questions asked.

And, honestly, even if these two DC universes aren’t connected, someone should ask Anne if she wants to come back as Catwoman because this is A REALLY GREAT IDEA. WHAT DO YOU SAY, ANNE?