The ’90s are calling us — and they’re saying WE’RE BACK. There’s no shortage of things to mock when it comes to the fashion rules of the ’90s into the early 2000s (let’s leave frosted tips and blue eyeshadow on everybody in the past, please and thank you). But lately, celebrities and retailers alike seem to be bringing back some of our nostalgic faves. Since a lot of younger celebrities now obviously grew up during that time like us, it makes sense that they’re also nostalgic for simpler times, where you wore socks with your clogs and Britney and JT wore denim ~outfits~ to the VMAs.

Anna Kendrick has been feelin’ the ’90s vibes lately — and she really stepped it up a notch with this super chic velvet dress. 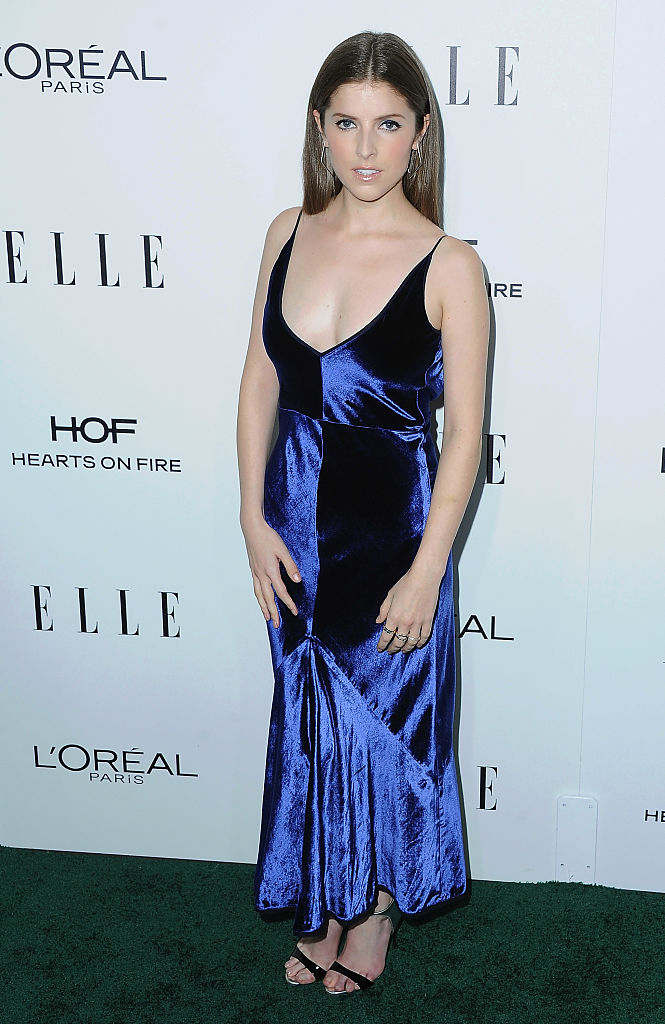 The length, construction of the skirt, color, and material SCREAMS 1990 to us, but she also looks unbelievably good. That deep V?  That beautiful color with her nude lip? SWOOOOOOON. 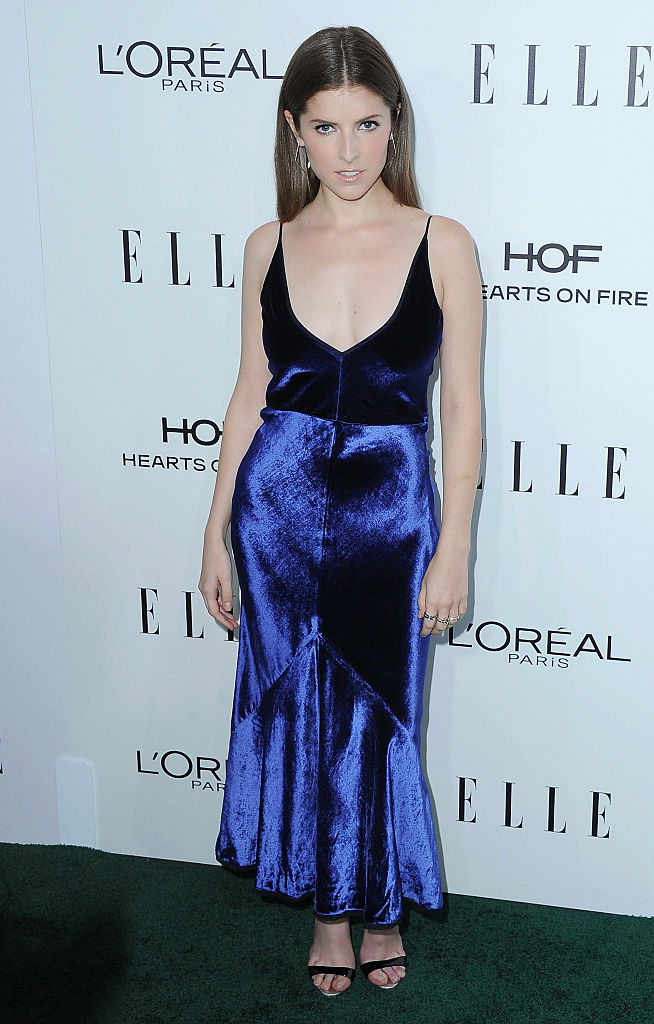 You can totally tell Anna Kendrick is FEELING her look in these pictures, too. Look at her face! Almost as #fierce as her dress. We’re sure Tyra would approve. 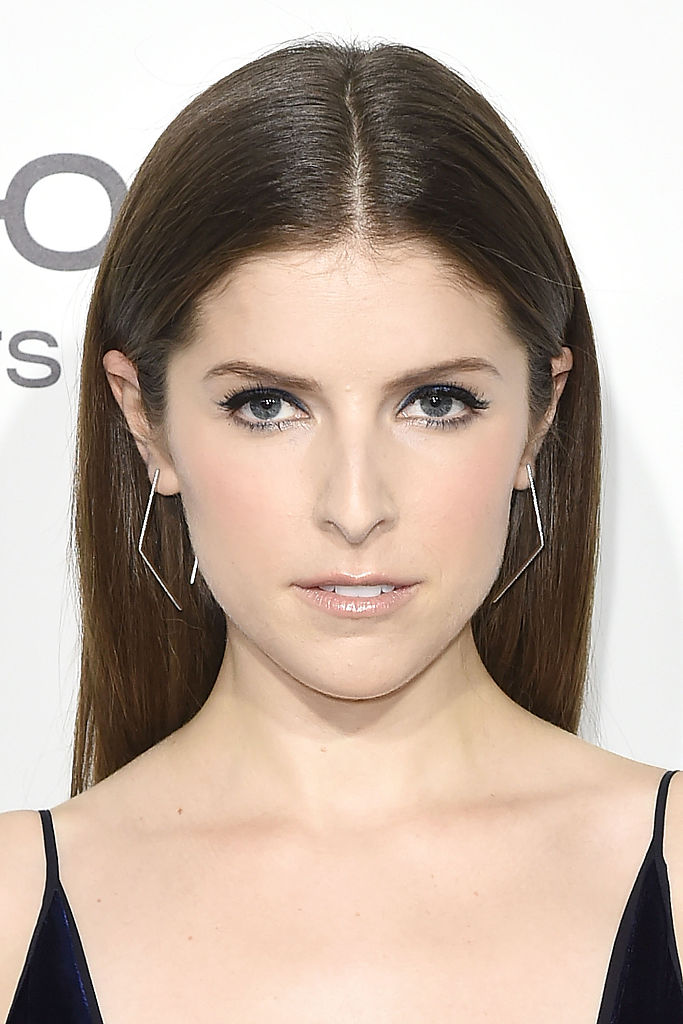 She’s also wearing what looks like almost-but-not-quite hoops, which seems appropriate. And — YES — even the dreaded blue eyeshadow. It looks killer on her, though. We take it back, Anna. You can wear blue eyeshadow whenEVER you feel like it. 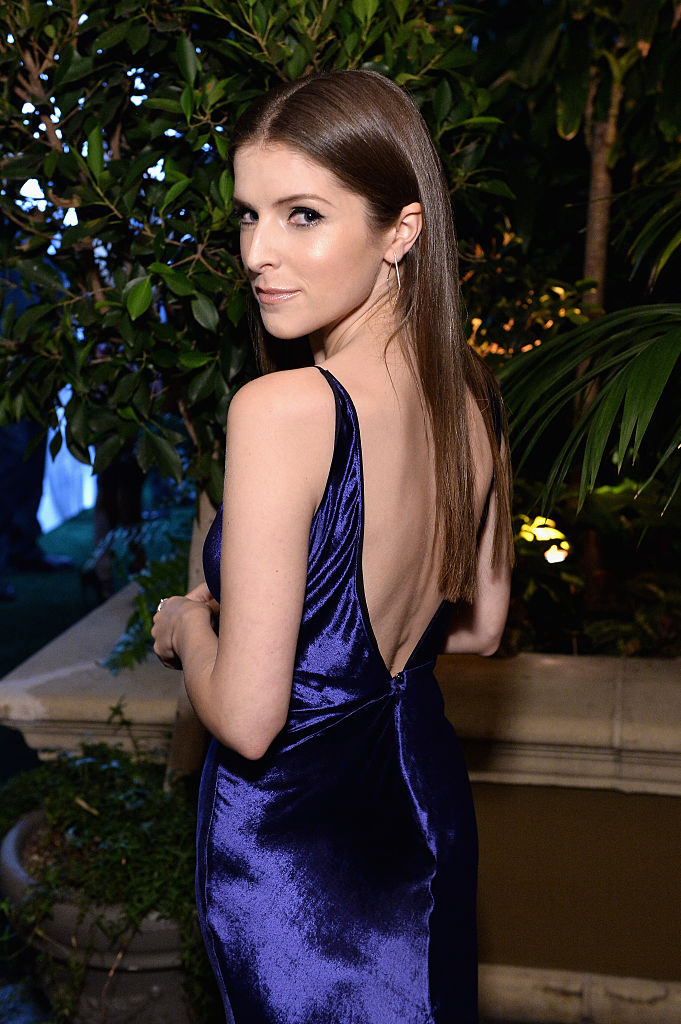 Even the back of the dress is stunning. This is just SO perfect from all angles, and we literally couldn’t love it any more than we do. Is it possible to crown Anna Kendrick queen of the ’90s retroactively?