Anna Faris got real about motherhood, messiness, and memories from The House Bunny

If there was ever a genuine, relatable celebrity, it would be Anna Faris. She freely admits to guilt, nerves, and the pressures of being a mom. She pretends to be a Russian woman named Ulga for her son. She laughs at herself and the chaos of life. Although Faris claims to not know what she’s doing, she’s a badass in our book. Not only is she the author of a memoir, the star of CBS’s hit sitcom Mom alongside Allison Janney, and the host of her own podcast, Anna Faris Is Unqualified, but she does all of this while raising her six-year-old son, Jack.

She may call herself unqualified, but she’s extremely qualified to be one of our role models.

Faris has partnered with Clorox for their back-to-school program that’s focused on giving kids—and adults—the clean, organized spaces they need to thrive. Since, just like us, Anna knows that life can get messy, I sat down with the actor to talk about her experiences as a mom and why it’s totally okay when our lives feel out of control.

HelloGiggles: What about about Clorox’s partnership with donorschoose.org made you excited to collaborate with them?

Anna Faris: I love that Clorox has partnered with donorschoose.org because they’re donating $150,000 to teachers and schools that are in need as part of the back-to-school program. That’s really important to me because I have family members who work in the education system and I know how stretched the resources can be, and so I’m really proud to be partnering up with Clorox and the back-to-school program. And I really like their wipes. [laughs]

HG: How do you think a clean space can impact creativity?

AF: I think that, for kids and for myself, but especially for kids, that a clean, organized space helps sort out the cluster…all the flooding of information that they get all the time. It helps sort of clear the brain a bit so that they can be productive with their creativity and their homework. So, for me, the idea of creating a clean space is really important to help develop my son’s imagination and to get his homework done—which I’m sure will be an uphill battle, probably starting this year. It’s only first grade, so hopefully not.

HG: Have you had to help your son overcome any obstacles during the transition to elementary school?

AF: My son Jack is alarmingly well adjusted in a way that I was not. I was a very nervous kid—I still am. Look at me! But he’s great. It’s a little surreal. He like, skips to school. The first day of Kindergarten, I was expecting him to maybe be a little bit nervous, but he was like “Bye! Get out of here, Mom, I love you!” He probably didn’t say I love you. [Laughs] In my memory, he did. But he’s very well adjusted. We try to do special things like write on his lunch bag or put, like, a little something special—like a tiny little toy or something—even though I think he’s not allowed toys [in school]. I should have thought about that—but anyway, just, like, a little something special. I bet things will change when high school comes around. 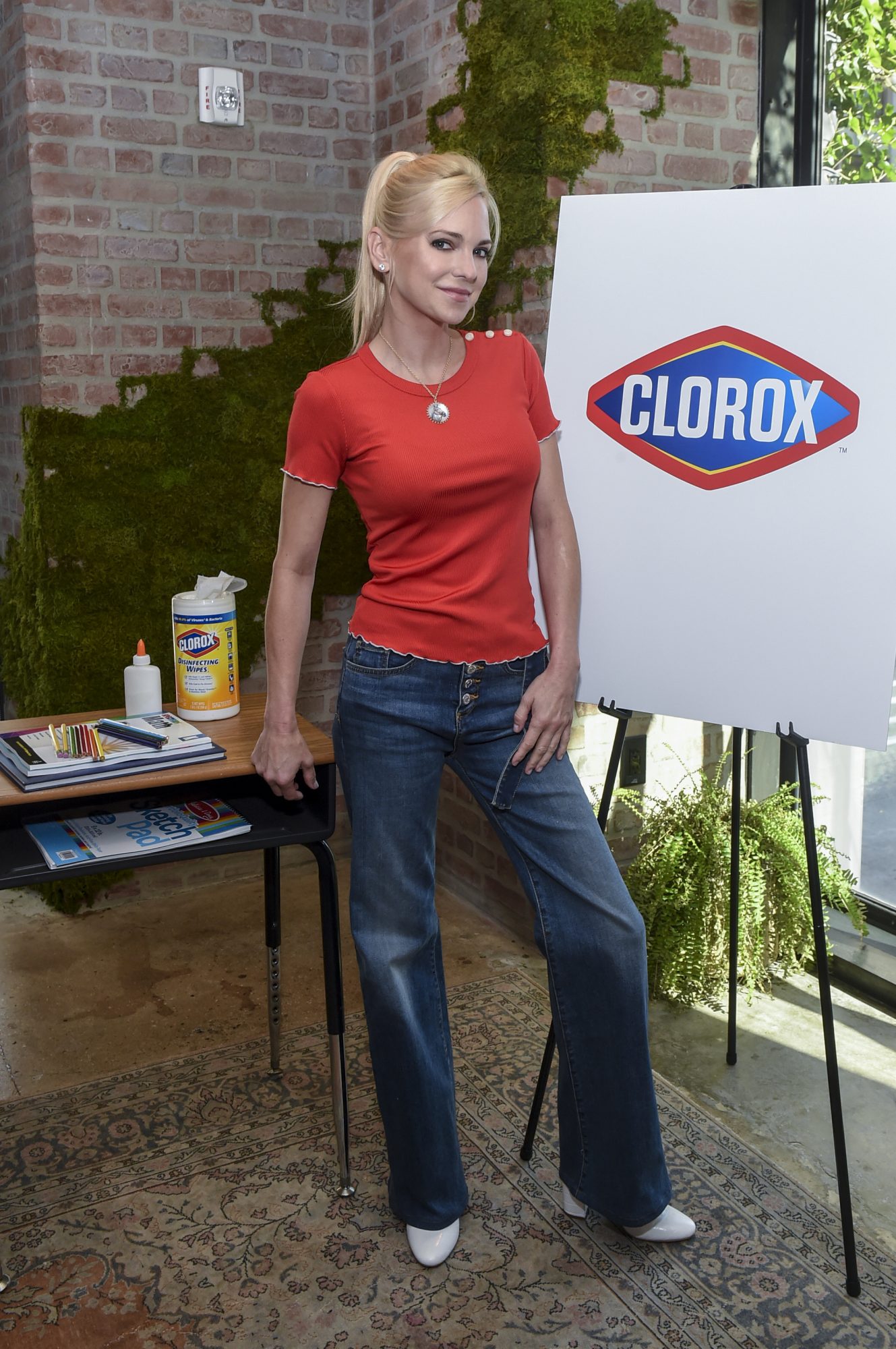 HG: Our readers are really passionate about sharing real stories about motherhood—the good and tough parts. As a public figure, why is it important to you to share your experiences as a mom?

AF: I think it’s important to me to talk about the joys and hardships of motherhood because it can feel very isolating, especially as a new mom. I do think that there’s a lot of guilt and just uncertainty. Like, “Am I doing this right? How do I breastfeed? How do I bottle feed? How do I change a diaper? Do I need to check on my sleeping baby every five minutes?” And I don’t have the answers to any of those questions, but I do think that it’s important to be able to communicate with other new moms and new parents about all of those pressures that you suddenly feel when your life shifts so dramatically.

HG: What’s your one piece of advice to new moms?

AF: Oo. My advice to new moms would be, and this is an area that I’m not qualified for, but my advice would be to know that we all feel really guilty. You feel guilty that you’re not doing everything right, you’re guilty if this isn’t quite right—there’s that constant pressure where you just feel like you’re messing up. And I think the truth is, at least how I felt, and how most people I know felt, is that it’s a very common feeling, so we need to ease up on ourselves.

HG: What advice do you have for moms who might be experiencing mom-shaming in their lives?

AF: I think that it’s unfortunate, just in general, that any of us shame each other, whether you’re a mom or a dad. I think that there’s people who just always “know better,” or believe that they do. I guess sort of try to drown out that noise. But it’s hard because you can get like, 15compliments on how you’re doing something, and then somebody says something negative and it lingers in your brain and that’s really difficult. I think just talk to people [about it]. I wish I had better practical advice, but I just recognize it as difficult. 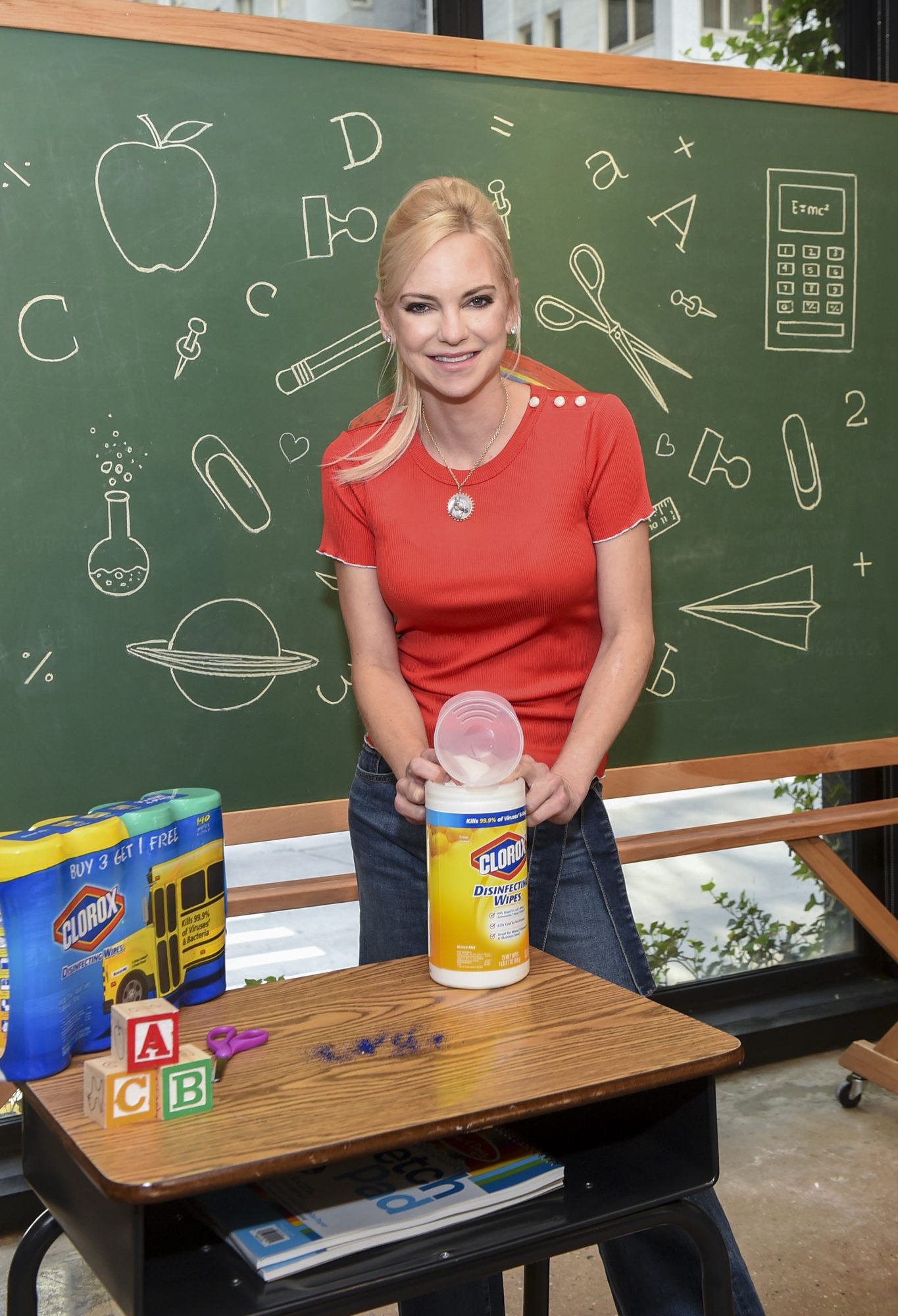 HG: How do you decide what kind of projects to prioritize in your career while still prioritizing your son?

AF: Oh that’s a tough one, because that’s tapping into my guilt. I love what I do. I love my work. I try to prioritize time with my son into playtime. So, he will have early childhood memories of us like…I play this Russian woman named Ulga. [laughs] I probably shouldn’t talk about that stuff…I don’t know. But I play characters with him—we have a great bath time where we’re always singing musicals. I try to maximize the time that we have together into fun, imaginative experiences. I have like five other characters that I play for him. I won’t pull them out for you right now. [laughs]

HG: What’s one thing you’ve learned about relationships from hosting your podcast, Anna Faris is Unqualified?

AF: There’s a lot that I’ve learned in my own personal life, but I guess that heartbreak is an important journey to go through. I think that most of us experience it, and that it’s important because it gives you perspective on your next relationship. We talk a lot on the podcast about the idea of protecting your heart, which is sort of a lame way to say that valuing one’s self is very important—and to love one’s self [is important]. I also don’t know what I’m talking about. That’s another thing I’ve learned—that I’m definitely unqualified.

HG: Okay, so I have to bring up The House Bunny. What was your favorite memory from filming that movie?

AF: Aww, thanks! Oo. It probably sounds cliché, but I think my favorite memory from The House Bunny was when our director—because it wasn’t scripted—said to me, “Why don’t you repeat everyone’s name back in a weird voice?” And I was like, “What do you mean a weird voice?” And he said “Just do a weird voice.” So then I just started growling. [In her iconic growl voice] Claire. [Laughs.] I’m a little out of practice. [Back in the growl voice] Thank you Claire from HelloGiggles. [Laughs]

And that was my conversation with the wonderful Anna Faris—I’ll certainly never forget hearing her growl my name.