Angelina Jolie just revealed that she never wanted to be a mom. That seems like a pretty unexpected statement coming from someone who has six children, and was, at one point, a single mom, but it’s true. “It’s strange, I never wanted to have a baby,” she said in an interview with the Associated Press. “I never wanted to be pregnant. I never babysat. I never thought of myself as a mother.”

It was a trip to Cambodia that changed her perspective. In 2000, Jolie flew to the country to shoot Lara Croft: Tomb Raider. The actress, who grew up in Los Angeles, said that trip changed her life. “When I first came to Cambodia, it changed me. It changed my perspective,” she recalled, citing how overcome she was by the warmth of the Cambodian people. She said it made her realize that growing up in LA as the daughter of entertainers left her with a “real emptiness.” 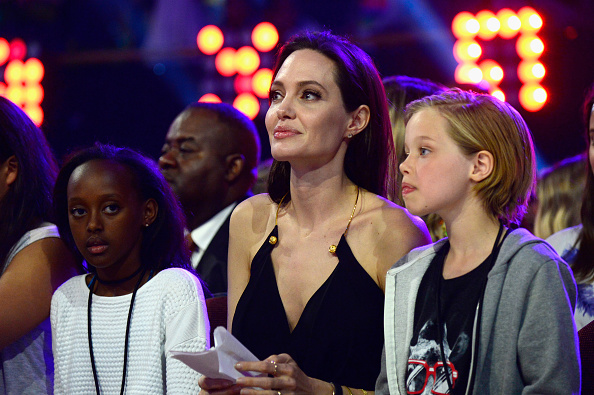 “I realized there was so much about history that I had not been taught in school, and so much about life that I needed to understand, and I was very humbled by it,” she continued. “That trip triggered my realization of how little I knew and the beginning of my search for that knowledge.”

In a quest for that knowledge, the actress became a goodwill ambassador for the United Nations in 2001. On a press trip for the U.N., Jolie said instantly knew she was meant for motherhood. While playing with the kids at a local school in Cambodia, it struck her that her son was waiting for her. “It was suddenly very clear to me that my son was in the country, somewhere,” she said.

Soon after, in 2002, she adopted her eldest son from Cambodia, the super adorable Maddox, who is now 14. A few years later, she found her daughter Zahara in Ethiopia. In 2007, she and her then-future husband, Brad Pitt, adopted Pax from Vietnam, before having three biological kids: daughter Shiloh, 9, and twins Vivienne and Knox, 7.