We need to talk about this glaring plot hole in “American Horror Story: Roanoke”

Season 6 of American Horror Storyended a solid week ago, and we’re still not over it. It’s no huge surprise that, days after it’s over, we’re still trying to reckon with the season. In particular, we’re caught on this one glaring American Horror Story: Roanoke plot hole. And I’m not talking about how the producers were legally able to air what was essentially a multi-episode snuff film of a bunch of people being murdered by ghosts.

This was a season of (mostly unfulfilled) theories and speculation. We explored plenty of increasingly involved fan theories, about Shelby, about what was up with the funky Roanoke docu-series format, and even about why Evan Peters’ hair was red. Fans had a lot of ideas about the show and what it would end up being, which led to rampant disappointment among many about how the season concluded.

But that’s neither here nor there. Some loved Roanoke for being a completely off-the-wall, totally unique version of the horror anthology series we’d grown to love. Some were, well, unimpressed. Love it or hate it, one ginormous apparent continuity error has recently come to our attention. And it’s really sticking in my craw.

Redditor Pliknotjumbo pointed out something weird about that Paley Fest scene that opened the finale. In it, Dominic and Matt are seated right next to one another. 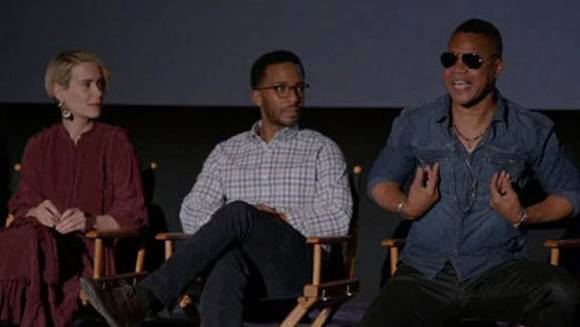 Dominic wearing sunglasses inside, NBD, totally in-character. But, OK, nothing inherently weird about that.

Except hold on a second – remember this moment from Matt’s confessional, on “Chapter 6”? 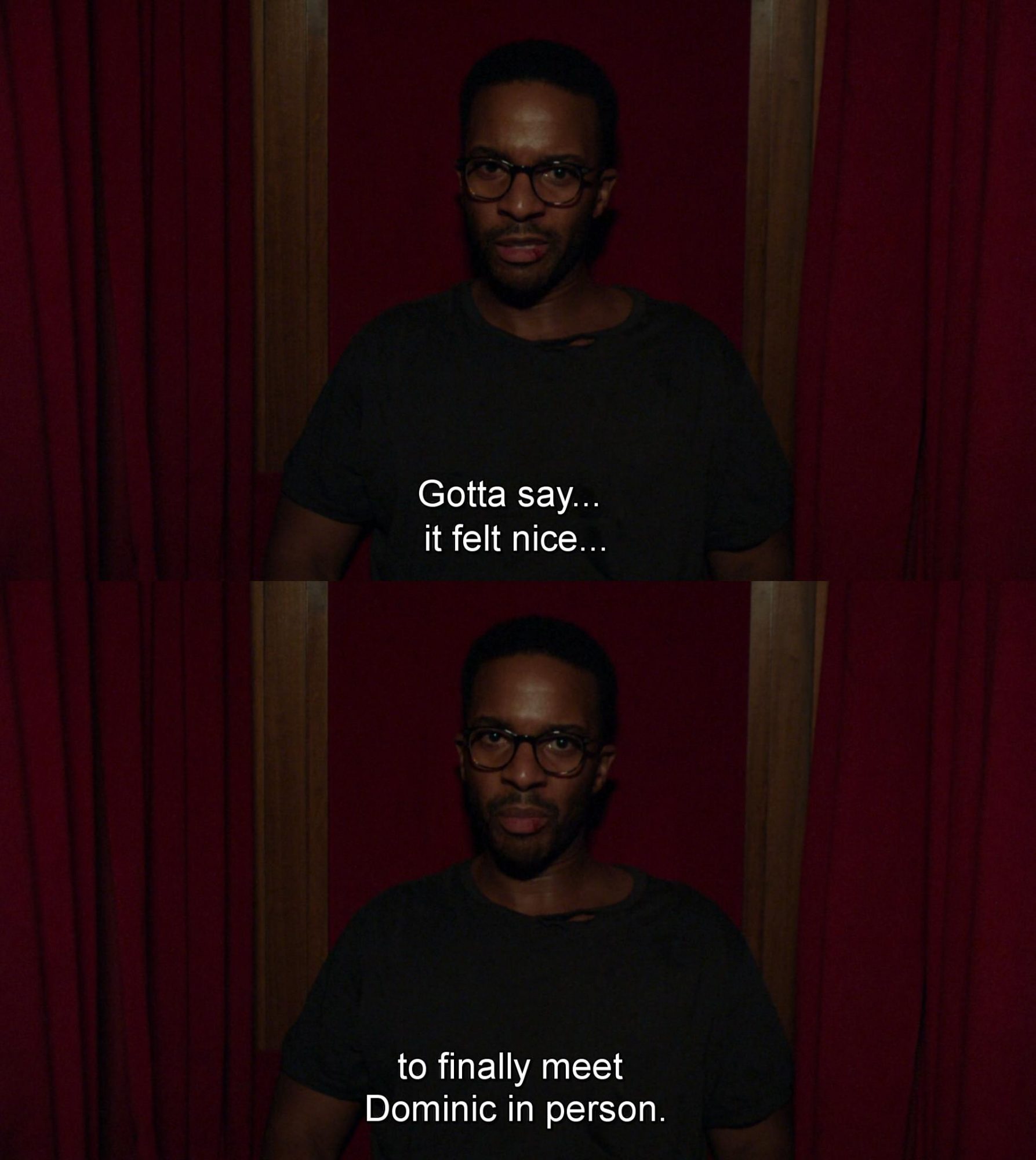 Unless we’re all missing something, Matt’s confessional comment right after he attacks Dominic for having had sex with Matt’s wife Shelby makes zero sense. Dominic and Matt had met before Matt’s fist met Dominic’s face – they’d met at Paley Fest.

The Paley Fest event was meant to have taken place after My Roanoke Nightmare but BEFORE the sequel. If there was an iota of confusion about that, it was cleared up when the panel moderator asked Sidney about his plans for a follow-up series (“Return to Roanoke”). It was all speculative at that point, because it hadn’t happened yet. Also, y’know, everybody on the panel was alive and whatnot.

Some replies to the Reddit post point out that perhaps Matt hadn’t paid much attention to Dominic at the Paley Fest. After all, Dominic hadn’t yet boned Matt’s wife. I’m not sure if I fully buy that. They were sitting right next to one another. I find it really hard to believe that Matt wouldn’t have introduced himself to the dude who played him on TV (or vice versa).

That’s not to say that this is tied to some larger conspiracy or really meaningful at all. It’s just a head-scratcher and, most likely, a continuity error that slipped by.

Oh, Roanoke. When will your mysteries cease?