This season of American Horror Story is going to be the most *real* season of the show so far, and tbh, that is terrifying. For Season 7, instead of heading to an asylum or a lost colony, the action is staying close to home. All our homes. Because Season 7 of the show is going to focus on the 2016 Presidential Election and what happened after November 7th. Scary.

Since announcing this theme, the czar of AHS, Ryan Murphy, has been pretty coy about what exactly we’re going to see (and what color Evan Peters’ hair will be). He’s teased the idea of having actors actually play Trump or Clinton, and some cast members have suggested that they’d even be willing to portray one of them (or one of their aides, and looking at you, Sarah Paulson). 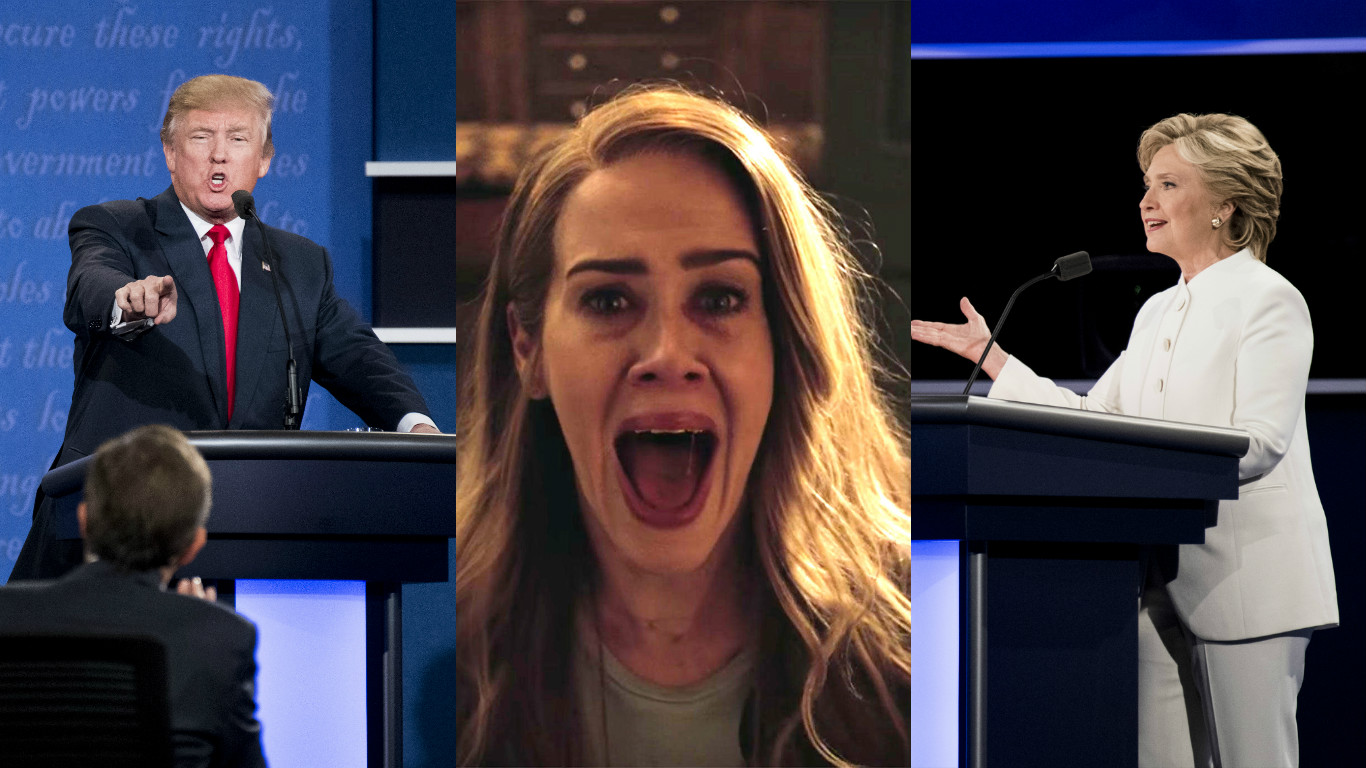 But, as Murphy just revealed, there will be no need to cast a Donald Trump or a Hillary Clinton. The two will actually be playing themselves on the show.

Before you start freaking out about the fact that the President of the United States is going to pop up in an FX show, he’s not actually going to film scenes for the series, nor is Clinton. Rather, we’ll see them on television. During a Hollywood Reporter roundtable, Murphy revealed that the two will appear this season, just not actually *with* our characters, like Evan Peters and his multi-colored hair.  They will simply be on TV.

Murphy doesn’t specify what episode we’ll see them in, or if they’ll appear multiple times throughout the season on television, or even in other forms. But now we know for certain that they’re going to be on our screens together again, and yeah, it’s a little unsettling.