We don’t need to tell you that it’s already been a whirlwind year for the Kardashians. There was the birth of Kylie’s daughter, the birth of Kim’s daughter, and now, Khloé Kardashian has also given birth. Today, April 12th, at 4 a.m. EST, Khloé reportedly gave birth to her first child, a daughter whose father is basketball player Tristan Thompson. While giving birth is enough to handle on its own, Khloé is, sadly, dealing with other news.

Earlier this week, alongside video proof, TMZ reported that Tristan cheated on Khloé back in October 2017. Khloé was three months pregnant with their child at the time. The Daily Mail also stated that this past weekend, Tristan was seen kissing another woman at a club. While this is devastating news — especially during such a transformative time in Khloé’s life — the internet rallied around Khloé to show their support for the youngest Kardashian sister.

But it wasn’t just the internet who reached out. Earlier this week, Amber Rose took the time to send Khloé a virtual hug.

"I know we've had our differences in the past but my heart is broken for you sis. Smh no one deserves to feel that pain especially during such a sensitive time. God bless you and your baby." 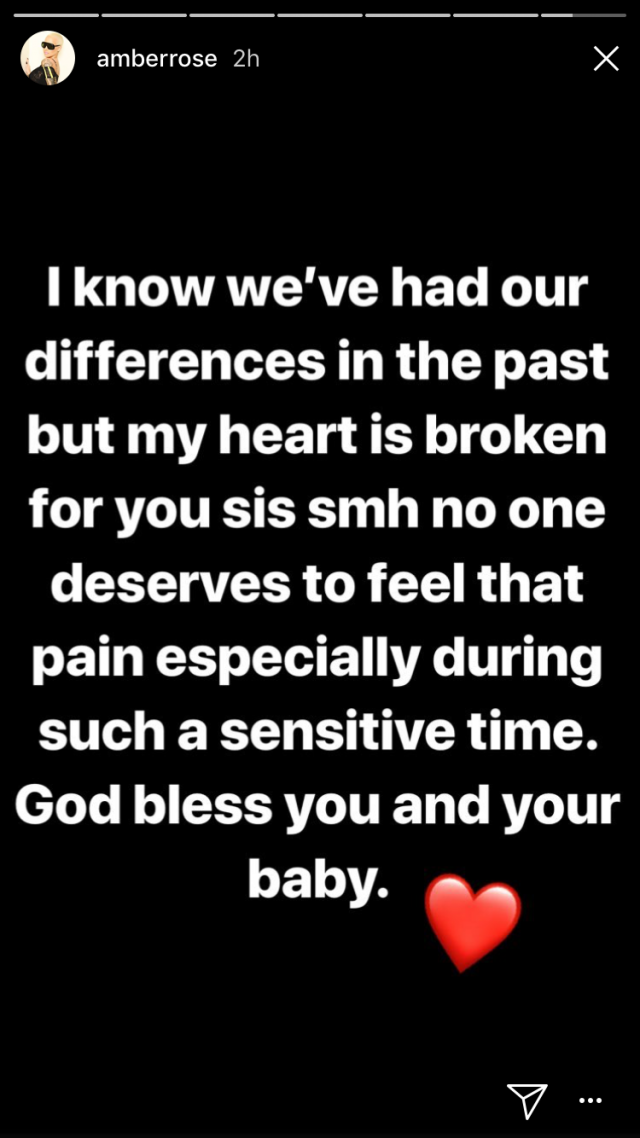 While Amber did not mention Khloé by name, one of Amber’s reps told Entertainment Tonight that she was indeed referring to Kardashian.

This is especially meaningful when you consider Amber Rose’s history with the Kardashians — specifically, Khloé herself. Back in 2015, Khloé and Amber feuded after Amber made a comment about Kylie Jenner’s relationship with Tyga on Power 105.1’s The Breakfast Club. “She’s a baby, she needs to go to bed at 7 o’clock and relax,” Rose stated. “That’s ridiculous. [Tyga] should be ashamed of himself. For sure. He has a beautiful woman [Blac Chyna, Amber’s friend and Rob Kardashian’s ex] and a baby and left that for a 16-year-old who just turned 17.”

However, none of that matters.

Their differences don’t mean these two would not reach out when it comes time to support a fellow woman. And if you’re looking for an example of women supporting women when times get tough, look no further than Amber Rose taking the time to reach out to Khloé Kardashian amid these heartbreaking cheating allegations.