15 ways your relationship changes after the honeymoon stage ends

At the beginning of a good relationship, everything seems perfect. You and your partner agree on everything, you want to do the same activities on the weekends, and you always look great and shiny and happy. They call this the honeymoon stage, because in olden days we’d be married by now and going on honeymoons. But I digress. After you’ve been together for a while and get comfortable, however, reality sets in. 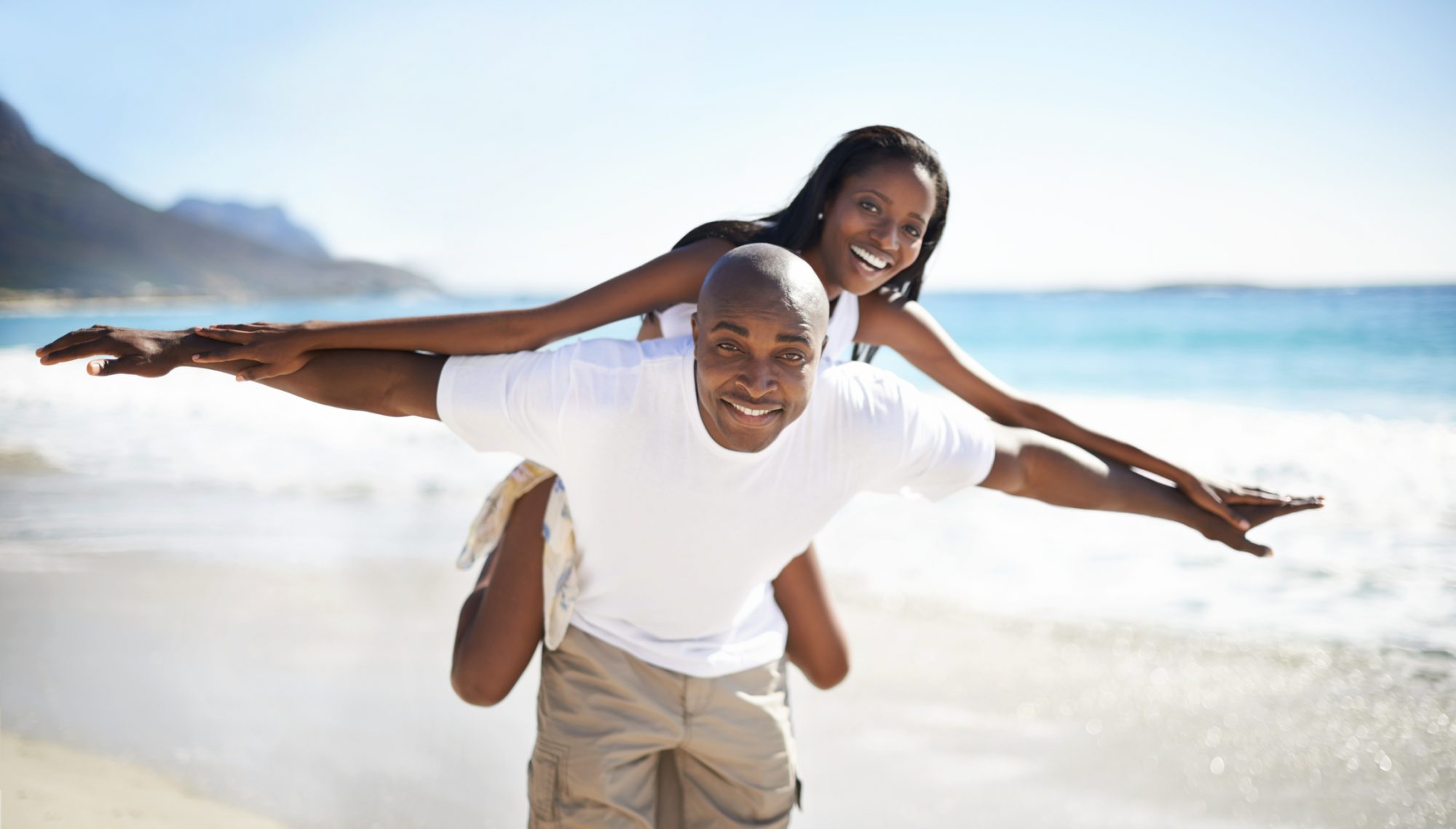 Can you survive a trip to a crowded mall after a fight you still haven’t fully resolved? Can you tell the other person you’ve got a terrible case of food poisoning without feeling embarrassed/like you want to die? Can you waltz over to his/her house when you’re having a really bad hair day? Most importantly, can you ugly cry (and regular cry) in front of this person? These are questions you’ll ask yourself once the honeymoon stage is long gone and you find out whether or not this relationship has legs.

And according to one 2015 study conducted by New York University, it will end. We hate to break it you, but the findings suggest that the lovey-dovey honeymoon phase ends after around 30 months or about two and a half years. That’s not to say that after that time you won’t still be in love with your partner, but that can’t-keep-your-hands-off-each-other feeling may die down, and your love may evolve into something that feels a little different—perhaps deeper.

Nonetheless, over time your relationship will change, and if you can get through these ebbs and flows, you’re well-equipped for long-term love.  That’s when things really start getting good. Here are some amazing things that happen when the honeymoon stage is out of the picture:

No offense to Iggy Azalea, but being fancy isn’t all it’s cracked up to be. When you’re past the honeymoon stage, you don’t need big expensive meals or outings to appreciate each other’s company. Last week, my boyfriend and I ate a bag of Tostitos for dinner because salad was the only other option and that just didn’t sound appetizing to either of us. Old versions of ourselves would have opted for something classy—a.k.a. an actual meal—but we knew we’d be happier with chips and salsa.

I’ve always been a finicky eater, and sure enough, my boyfriend is a major foodie who will consume just about anything. I’ve gotten better about giving new restaurants a chance, but I’ve never really taken to sushi, which he loves. Now that we know we’re the real deal, I’m vocal about the foods I dislike or have no desire to try (i.e., fish heads), but I will accompany him to sushi joints every few months because I know how much he enjoys it. If all else fails, I can munch on rice and salmon!

When you’re hanging out in front of the TV, you put on casual clothes to make the experience that much more relaxing. We all know it’s a pain to remove makeup before bed, so sometimes you just don’t even bother with eye shadow, mascara, or foundation. You’re not going to doll yourself up for your partner all the time because you don’t have to.

4You’re forced to be around each other after a disagreement

Remember how much worse your parents’ bickering seemed during family vacations when you were all stuck together? Sparring is definitely worse when you can’t step away to clear your head and have some breathing room. I once picked a petty fight with my lovely S.O. right before we were supposed to go to The Grove, and though we were both feeling a little funny about each other afterward, we went shopping anyway and gradually got over it. You can’t always have space from the other person when you need it, but this winds up bringing you closer and preparing you for future arguments.

5You don’t pretend everything is peachy all the time

When others ask about your relationship, you don’t only mention the cute stuff. You can admit that it’s not all kisses and cuddles without worrying that others are going to think you’re in trouble or on the verge of splitting up. Folks who say everything is fine often do so because the opposite is true.

If you have a horrendous case of food poisoning, you tell your S.O., and you’re not too shy to be sick in their presence. A few weeks ago, I woke up screaming due to crippling stomach pains, and my sweet boyfriend held me while I sobbed in bed. It wasn’t fun to admit I’d been throwing up all night, but like all humans, he’s been there too.

When you first start dating, you’d probably cancel a date and claim to have a cold, but now that you’re past the stage of always wanting to look beautiful and perfect, you can admit you’re violently ill in a nasty, unattractive way. And your partner will hold your hair back and pick you up some Gatorade.

Because there are certain things the other person should know before getting even more serious with you. Do you have a crazy family? Are your parents still paying for your phone? These are topics you reveal now as you get to know each other better so there are no huge shockers if you ever move in together or tie the knot.

8You have little fights

As we’ve heard before, it’s important to pick your battles in life, and this approach is definitely necessary in relationships. That said, it’s common to go through phases of arguing over things that don’t really matter. You do this because you’re close enough to be honest about what irks you. You’re not about to pretend the world is all rosy, as that’s a fast track to doom.

9But you also learn not to sweat the small stuff

It was nice when you were completely on the same wavelength in the beginning, but an off day doesn’t mean you’re headed for a breakup.

10You joke about bodily functions

One of my best friends always gushes about the first date she had with her husband. They met up at Starbucks, and when he gave her a hug, he had to stifle a fart. Of course, he didn’t tell her that right away, but now that they’re married and so in love, they laugh about it. Just as Jill Layton wrote in her awesome post about love, “Before love happens, there’s no way farts happen. But once the love seal is broken, farts are inevitable.” And also hilarious.

Couples tend to be all over each other when they start dating, but as time passes, work and life catch up with them. Staying up super late isn’t sustainable, and sometimes you just want to go to sleep at 10 p.m. on a Saturday night. That’s OK—you guys need your rest to have more energy later on!

12You complain to your S.O. more

At the beginning of my relationship, all I ever wanted to talk about was how awesome things were going for me. I was worried that discussing the miserable job hunt would scare my awesome gainfully employed boyfriend away, but he told me early on that he wanted to hear about everything in my life, both good and bad. Now he hears about whatever’s troubling me, and he’s always the first person to know my updates. Nonstop negativity is unpleasant, but your S.O. wants all of you (as John Legend would say), low points and all.

13You cry (and ugly cry) in front of each other

Crying in front of the other person is a milestone, but if you can ugly cry, you’re totally at ease around them. And that makes your ugly crying beautiful.

14 You don’t worry about impressing the parents anymore

Meeting Mom and Dad is intimidating and nerve-wracking. Once you’ve crossed this threshold, you’re polite but also your true self. You’re not fretful about conversations with them, and in my case, you’re comfortable enough to eat tons of their Tostitos lime chips (and by tons, I mean all) when everyone is watching sports in the living room. My boyfriend’s parents know I can’t control myself around Cheez-Its, Goldfish, chips, or other salty snacks, but they are wonderful to me anyway.

15You know your love is real

You’ve seen each other at your worst. You know how the other person reacts to lousy days, and you’ve been stuck together during fights and had to find a way to get along again. If you can handle each other during the darkest of times, which certainly come after the honeymoon stage goes away, you know your love is solid.