The #MeToo movement has paved the way for women to come forward and demand accountability for powerful men accused of sexual misconduct. Time magazine even named the #MeToo silence breakers its Person of the Year for 2017. However, while men like Harvey Weinstein are facing the consequences of their actions, others — even the U.S. president — are apparently untouchable, regardless of the multiple allegations of sexual harassment and sexual assault against them.

That’s why one Who’s the Boss? star thinks the #MeToo movement still has work to do.

In a recent essay for Rolling Stone, actress Alyssa Milano insisted Donald Trump be held accountable for his alleged actions. A string of women have accused Trump of sexual misconduct, including forcible kissing and even attempted rape. Despite these disturbing allegations, Trump seems to be missing from the #MeToo conversation.

Milano reignited the #MeToo movement, originally created by Tarana Burke, in October by asking her Twitter followers to tweet “me too” if they’d ever experienced sexual assault or harassment. She also joined Time’s Up, a new initiative aimed at fighting sexual assault, harassment, and inequality in the workplace.

Milano’s fiery essay described the lasting impact of #MeToo and her hopes for the Time’s Up coalition.

"Shortly after #MeToo broke and we realized that this was a powerful movement, I started getting phone calls from the Time's Up organizers. The most important thing to me was that Time's Up wouldn't just represent the voice of my industry, but it needed to represent every woman's voice because that's what #MeToo has always been about."

She also called out the hypocrisy of asking senators to resign because of alleged sexual misconduct.

"What message does it send that we are allowing a man who has had 19 women come forward and accuse him of misconduct, to be our president? How are we not holding him accountable for this?...Our daily vernacular of the #MeToo movement is right there in front of us every day leading our country. How do these criminal abuses of power not apply to him?" 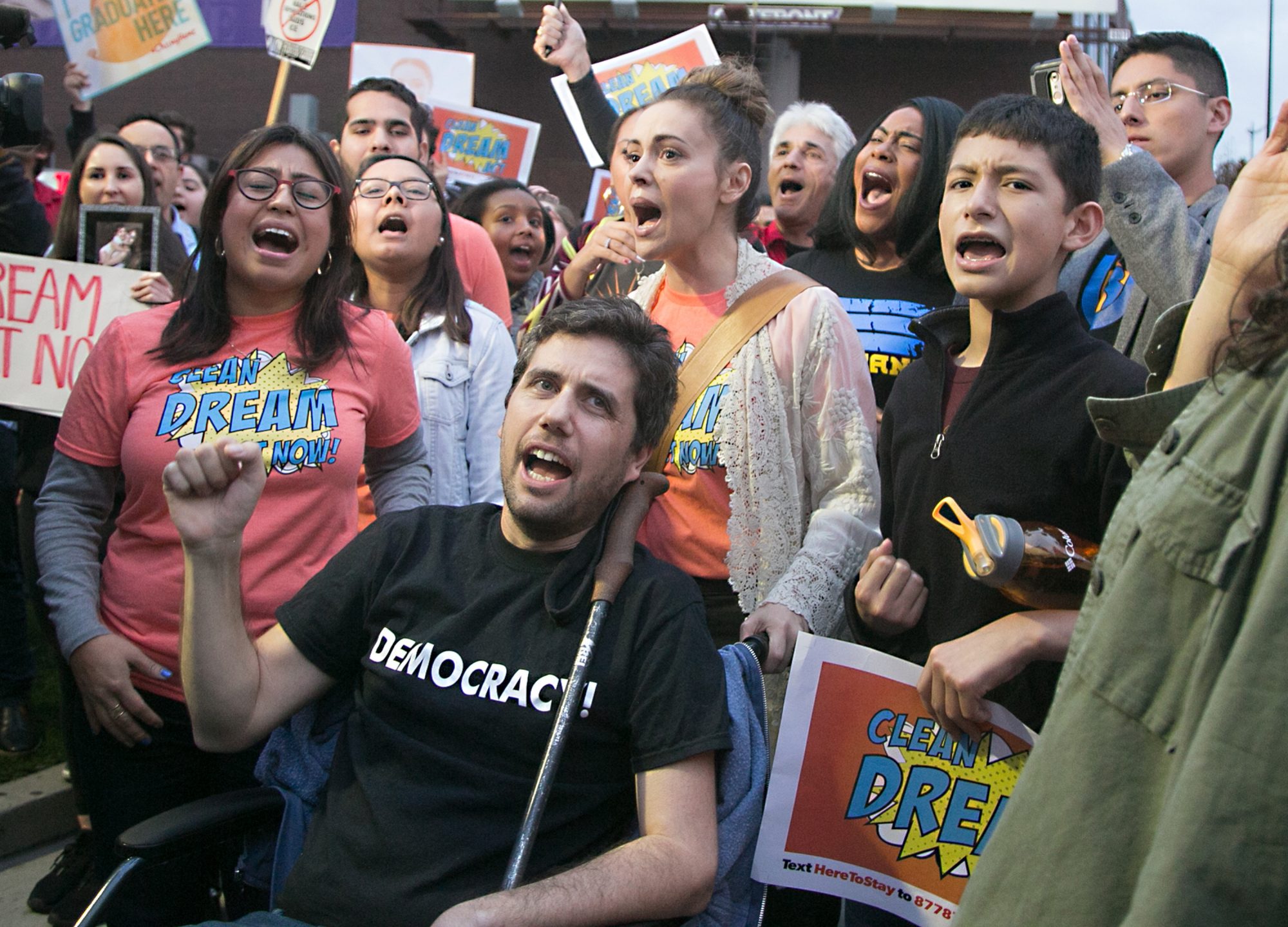 Regardless of what Trump might say, #MeToo is not “fake news.”

In October, White House press secretary Sarah Huckabee Sanders said the women who have accused Trump are lying. However, studies show that isn’t true. In fact, just 2% of all rape and related sex charges turn out to be false.

So, we absolutely stand with Alyssa Milano. Hopefully, the #MeToo movement won’t rest until the most powerful man of all is held accountable.