Clueless star Alicia Silverstone is raising awareness about the wool industry in conjunction with PETA. For her campaign, Silverstone appeared naked on several billboards that were recently introduced to Portland, Oregon, and promotes the slogan, “I’d rather go naked than wear wool. Wear your own skin. Let animals keep theirs.”

In a video press release via the PETA website, Silverstone asks animal rights advocates to ditch buying wool. The wool industry, she explained, isn’t as simple as gently shearing sheep for their coats. The sheep are placed on a conveyer-belt-like contraption, haphazardly sheered (and often cut and harmed in the process), and left without medical attention.

Silverstone is an avid vegan and animal rights activist. She’s authored two books, The Kind Diet and The Kind Mama, both about leading a “kinder” lifestyle, which includes doing right by animals and the environment. 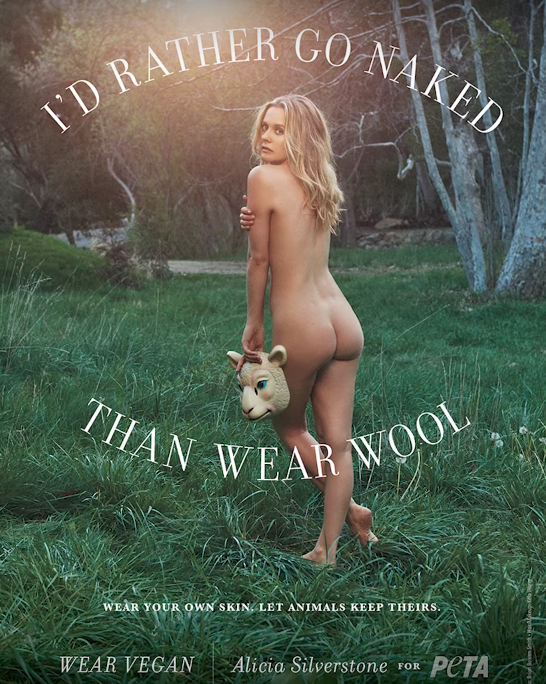 Her risqué PETA billboard was first put up in Times Square last year, and it looks like it’s now spreading to the opposite coast.

"Wool in general has not been thought about by many, many people," Silverstone said in her PETA press release video. "It's just not something that's really brought to their attention." You can watch Silverstone's full press release below.

Silverstone asks us to take the leap and vow to never buy wool again. She’s definitely given us a lot to think about.